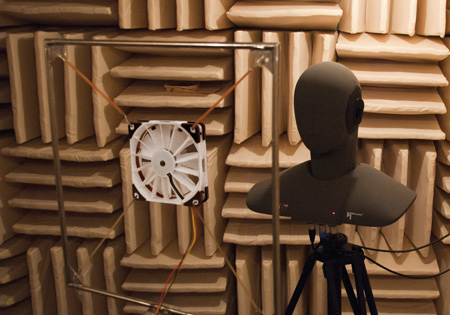 Enthusiast PC fan manufacturer Noctua has announced a partnership with RotoSub to produce fans with active noise cancellation technology. They two companies have already developed a prototype chassis fan that uses fan blade modulation and a series of stationary blades in addition to the moving fan blades to improve performance while keeping the noise down. The noise canceling fan prototype will be shown off at Computex 2012 in Taipei next month (booth J1312 in Exhibition Hall 1F).

In a recent press release, RotoSub and Noctua have announced a “strategic partnership” to develop and market a line of Noctua fans with a new noise cancellation technology from RotoSub. The technology in particular is called the RotoSub Acive Noice Control (R-ANC). It uses phase cancellation principles to cancel out the annoying hum (or whine in those smaller server fans that sound like jet engines) given off by the fans. The fans do this by slightly modifying how the blades spin using proprietary algorithms (hopefully they will release more information on exactly what is going on there), and by including physical features like the stationary set of fan blades behind the moving set of blades.

The prototype Noctua NF-F12 fan that will be on display at Computex 2012.

Mårten Oretorp, RotoSub CTO stated that the company is aiming to achieve 80% more airflow and 120% greater static pressure than the Noctua NF-F12 fan by incorporating the company’s ANC technology. Noctua is licensing the RotoSub technology, which is claimed to deliver better noise-per-performance ratios than can be accomplished by physical aerodynamic improvements alone.

Further, Noctua CEO Roland Mossig stated “it has always been our goal to push the boundaries of acoustic optimisation and this partnership will allow us to reinforce our technology leadership in the field of premium grade PC cooling equipment.”

RotoSub hasn’t detailed the algorithms but they do have hints of information on their page including a video demonstration of the fan and an animation that shows the “anti-sound” being generated by the fan itself to cancel out the annoying fan noises that it produces. The video can be seen below.

It is an interesting concept, and I hope that it works. While moving to watercooling has cut down on the number of fans I’m using in my desktop, it is still not anywhere near what I would call quiet. Stay tuned for more information once the prototype is shown off at Computex 2012. 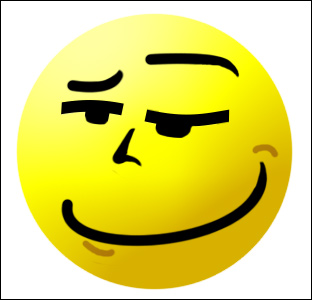