For benchmarking of this card, NOT testing 3D Vision and 3D Vision Surround would be a travesty.  Though we already showed you Surround benchmarks along with ever game, we decided to group the 3D results here on one page.

For this selection of results we are running our GTX 690 on a single 1080p 3D Vision capable monitor. 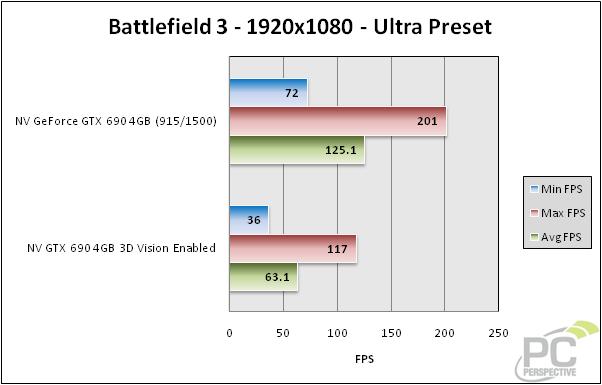 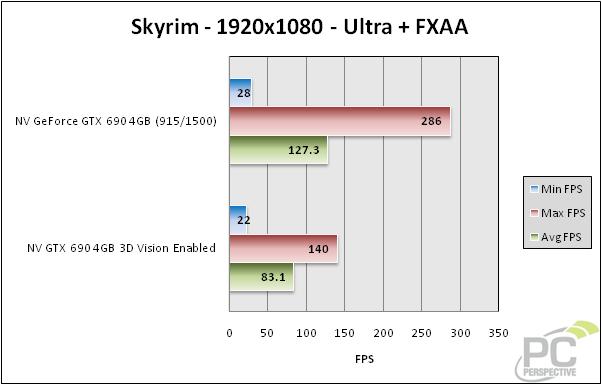 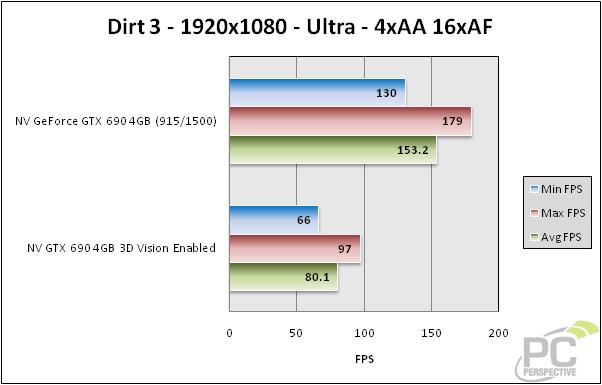 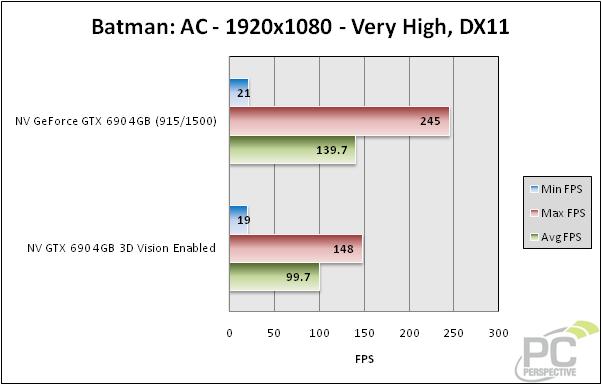 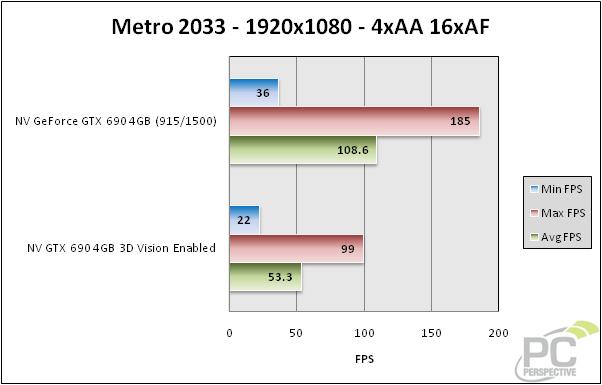 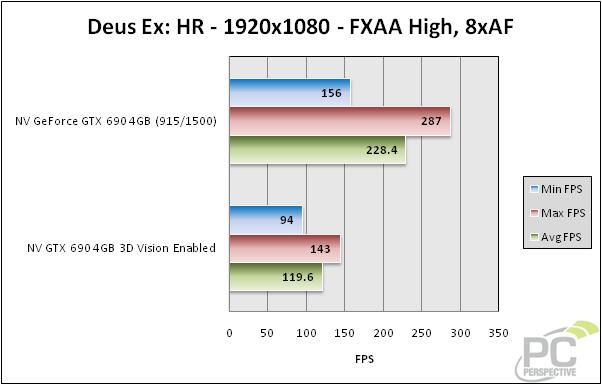 Most of our games saw roughly 50% performance hit going from standard gaming to 3D gaming – more or less as we expected.  Both Batman and Skyrim saw less than of a performance hit though.  Still, the ability to play BF3 at Ultra quality settings in 3D was impressive!

For this we took our normal Surround monitors and enabled some 3D Vision goodness. 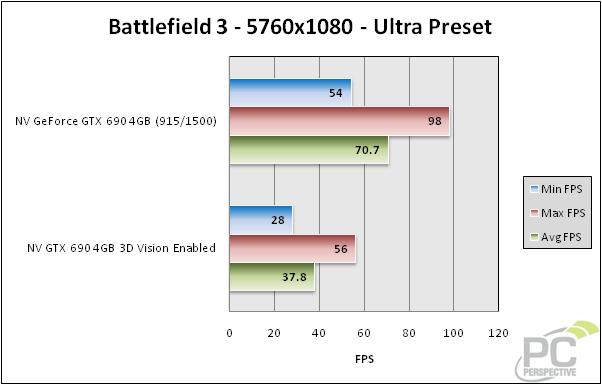 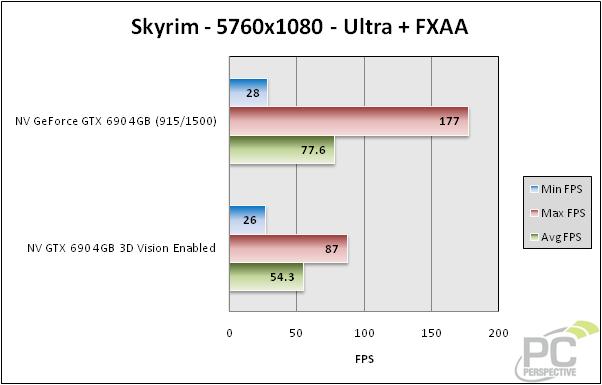 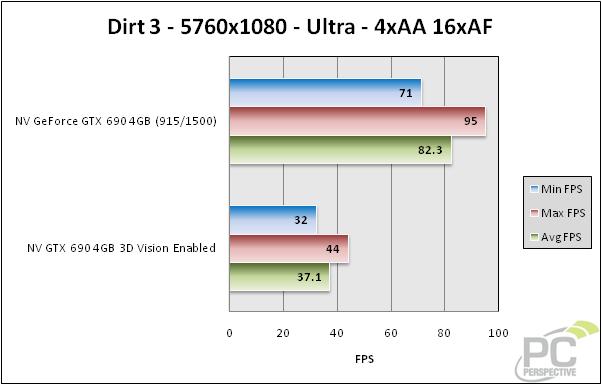 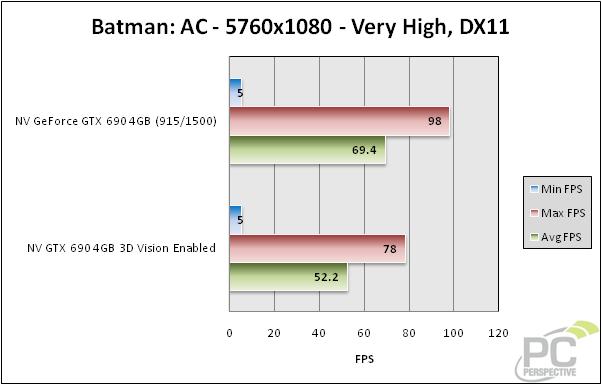 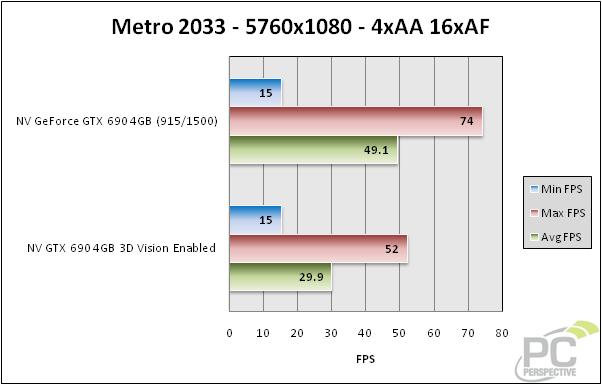 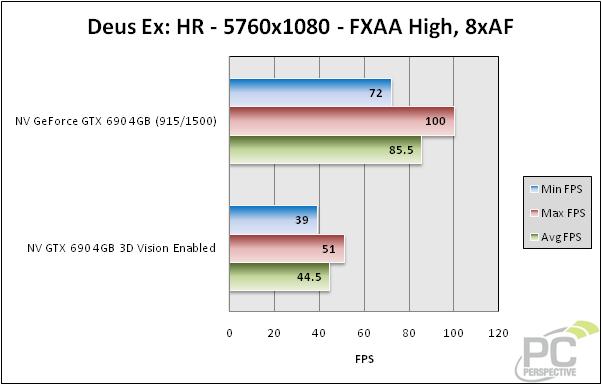 The performance results are bit more varied this time though both Deus Ex, Battlefield 3 and Metro 2033 saw something around the expected 50% degradation.  With the exception of Metro 2033, which hit 29.9 FPS, we were able to play all of these games at the settings indicated OVER 30 Hz with 3D Vision enabled at 5760×1080 – using a single graphics card.

*Note: the incorrect grammar is intentional.