If there is one thing NVIDIA is good at, it’s building excitement for its products.  It all started with a crowbar followed up by a wooden crate arriving at our door… 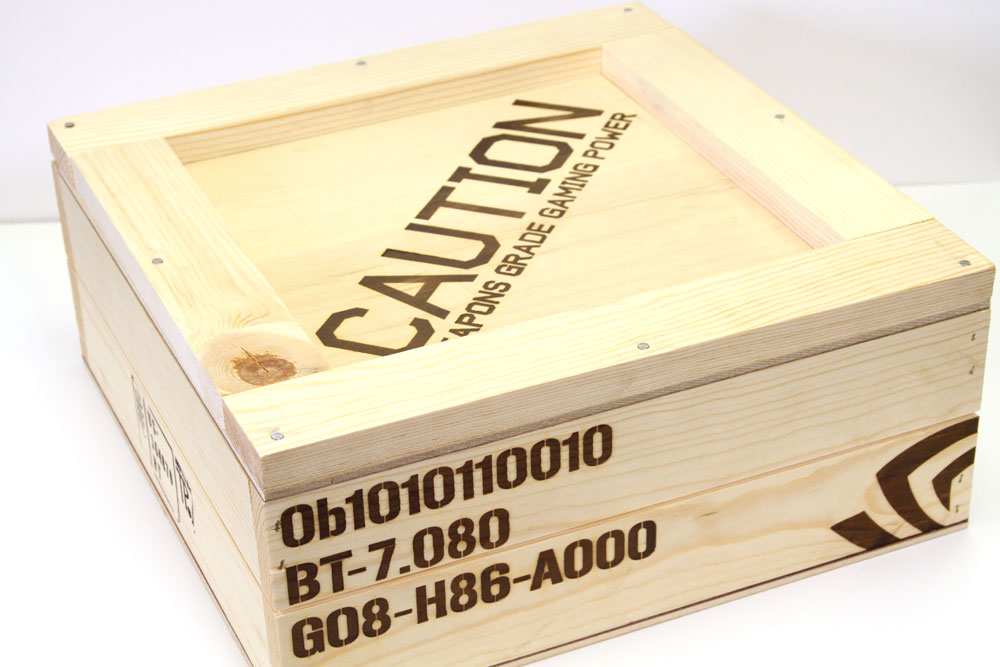 While impressive delivery, the real magic was inside as the GeForce GTX 690 4GB card was encased within. 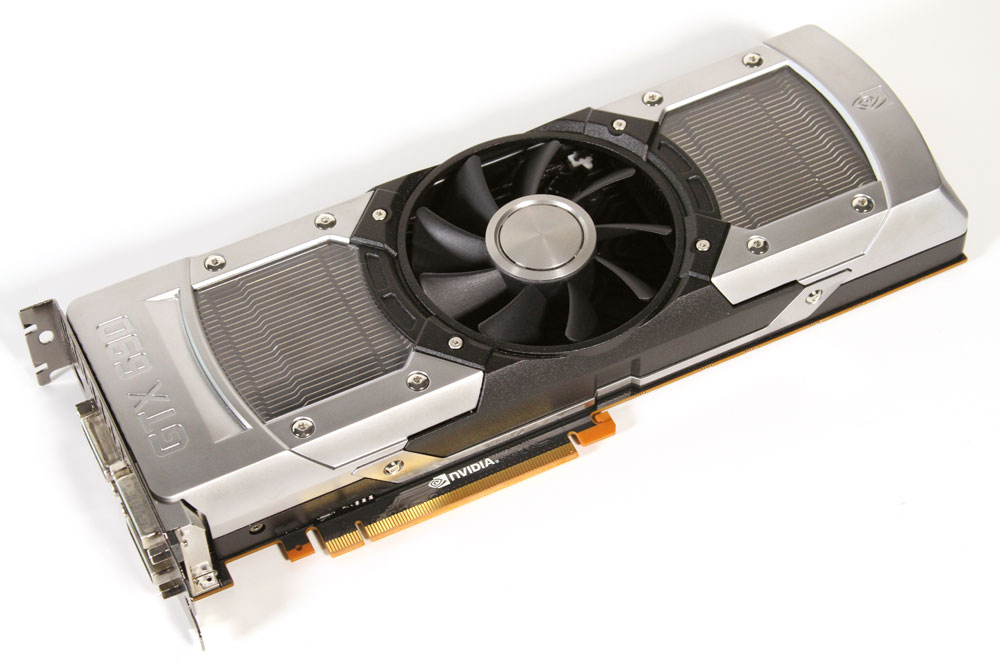 You can tell right away from the pictures, and even more so when picking one up yourself, the GTX 690 is just built differently.  The card has a heavy "look" but is actually lighter than the GTX 590 and HD 6990 in your hand.  A combination of aluminum, plastic and magnesium are all at play here. 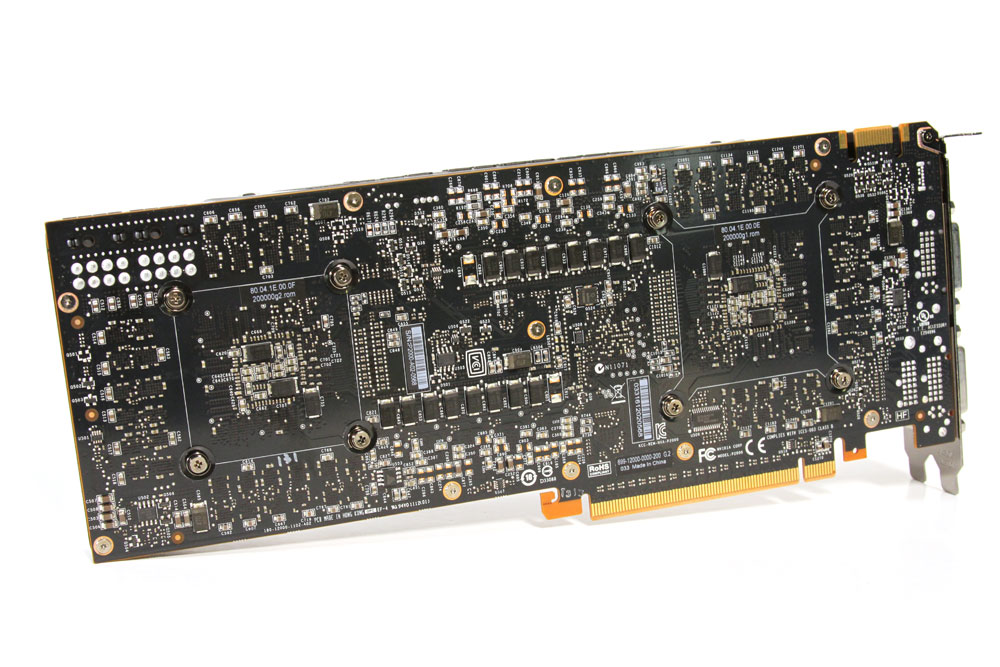 On the back you’ll see the layout of the 10-layer PCB showing the location of the two GK104 GPUs and all 4GB of GDDR5 memory.  The design of the board is incredibly intricate and NVIDIA had to do a lot of work to keep the board length to the 11-in it sits at currently. 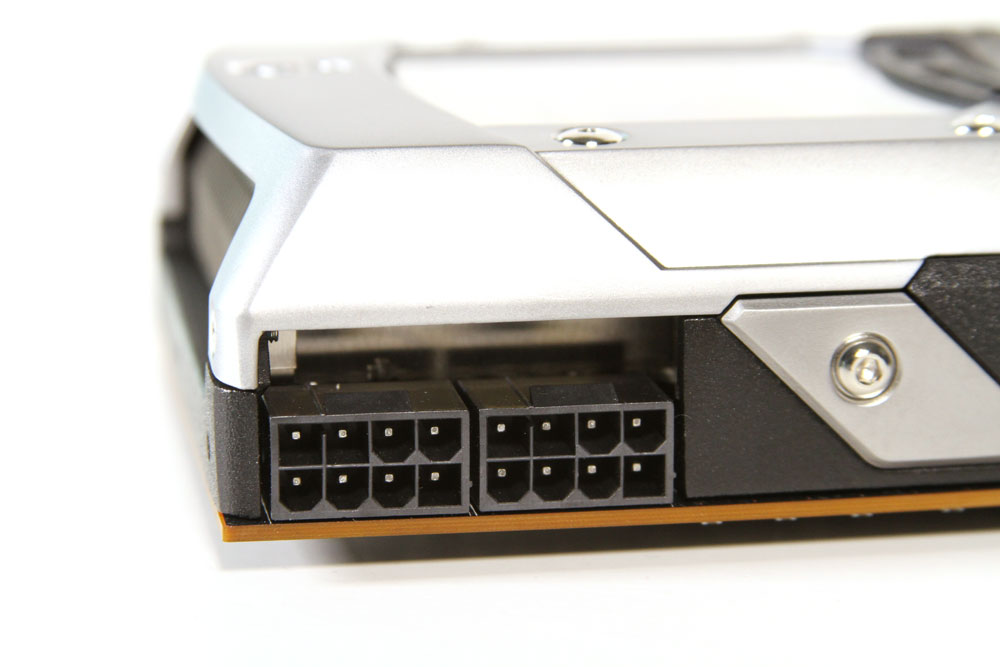 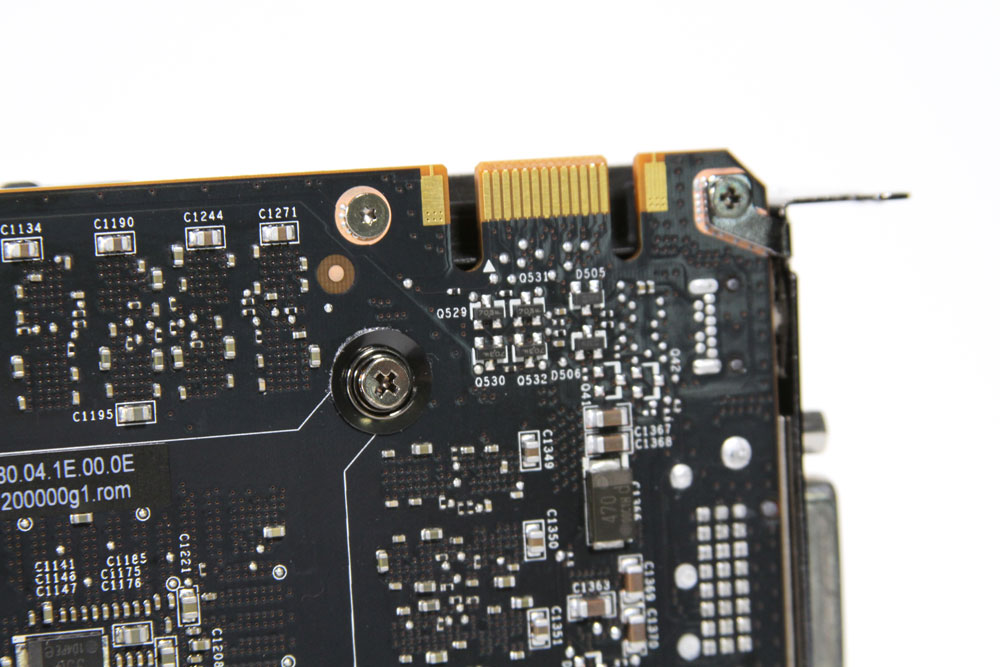 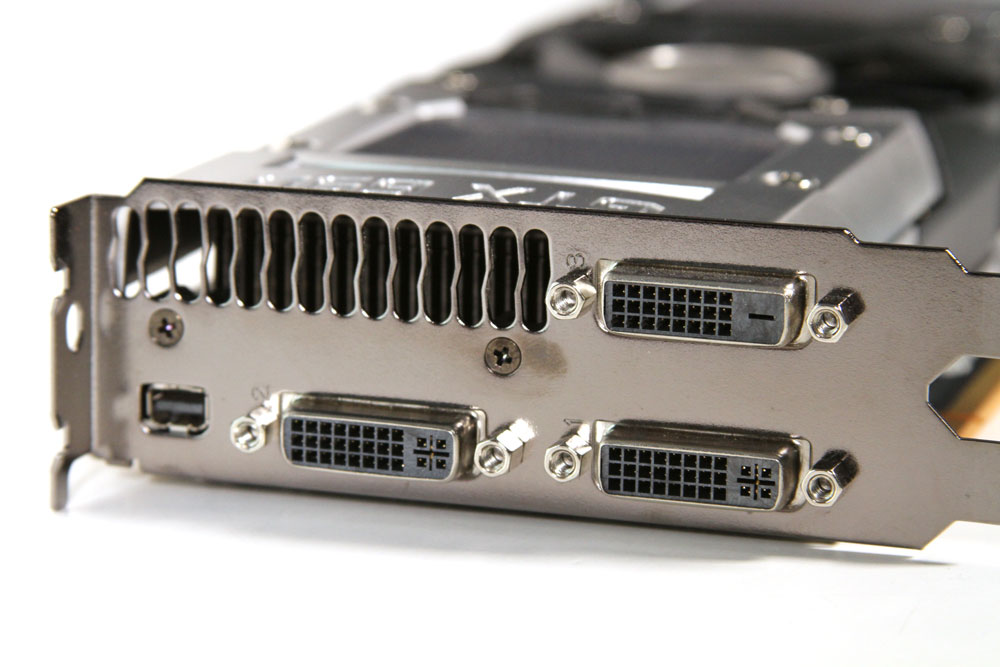 We mentioned the connection configuration on the previous page but here it is in action – three dual-link DVI and a single mini-DP. 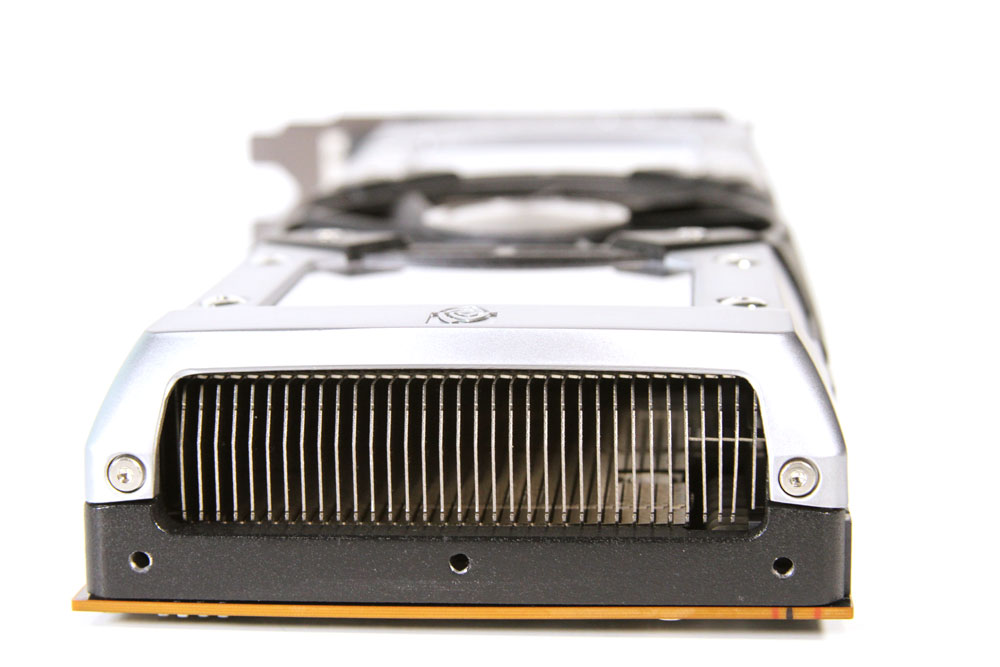 The silver-ish frame of the GTX 690 cooler is made of case aluminum and is covered with a "trivalent chromium plating" according to NVIDIA.  According to Wikipedia, Chromium was used by the Chinese Qin Dynasty to coat weapons due to its high corrosion resistance, so let’s all thank NVIDIA for the chance to improve our knowledge as well. 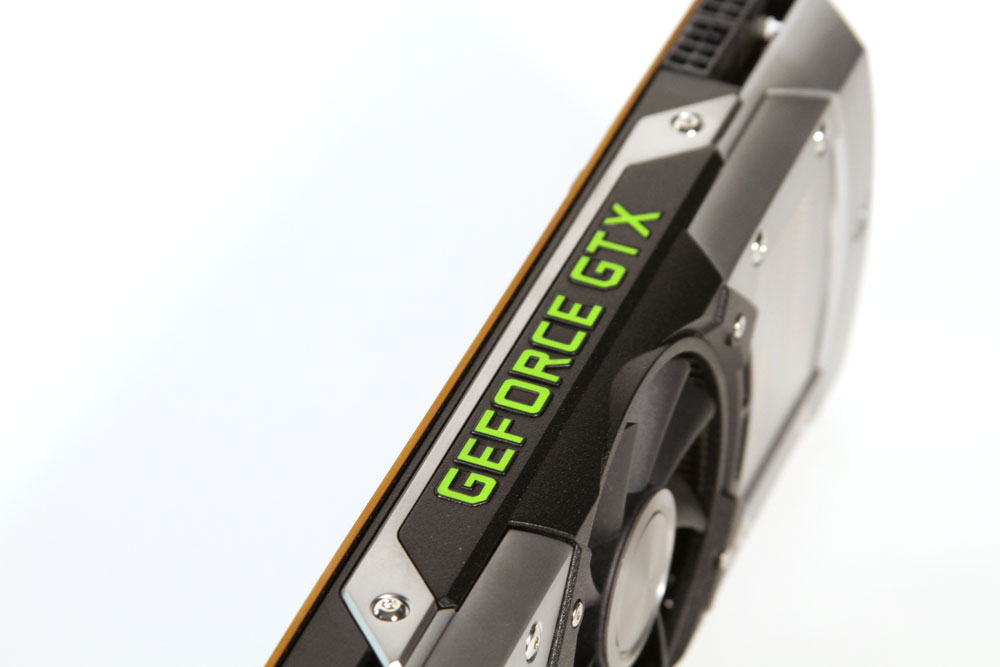 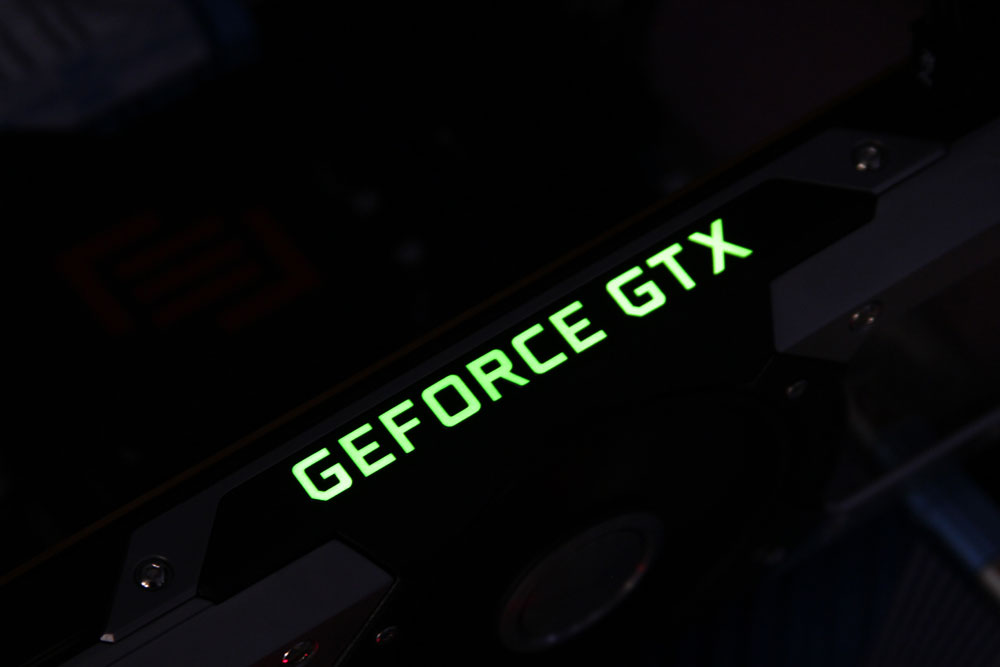 On the top of the card is a laser etched GeForce GTX logo that actually lights up when powered on.  AICs will be able to program this LED for any number of functions down the road. 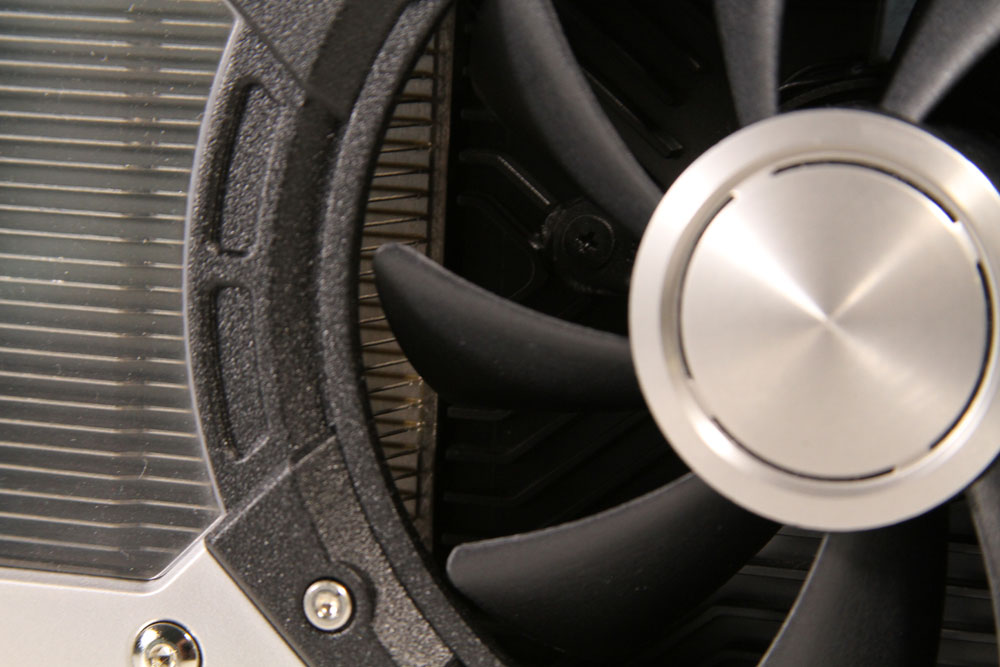 The center mounted fan is housed in a injection molded magnesium alloy frame that is both light weight and exhibits solid heat dissipation.  Oh, and it’s also used in the F-22 Raptor.

There are two polycarbonate windows covering the heatsinks though there really isn’t a purpose to them.  Hopefully NVIDIA’s partners don’t just leave them to show us all the dust that collects there?   Maybe an LED would help. 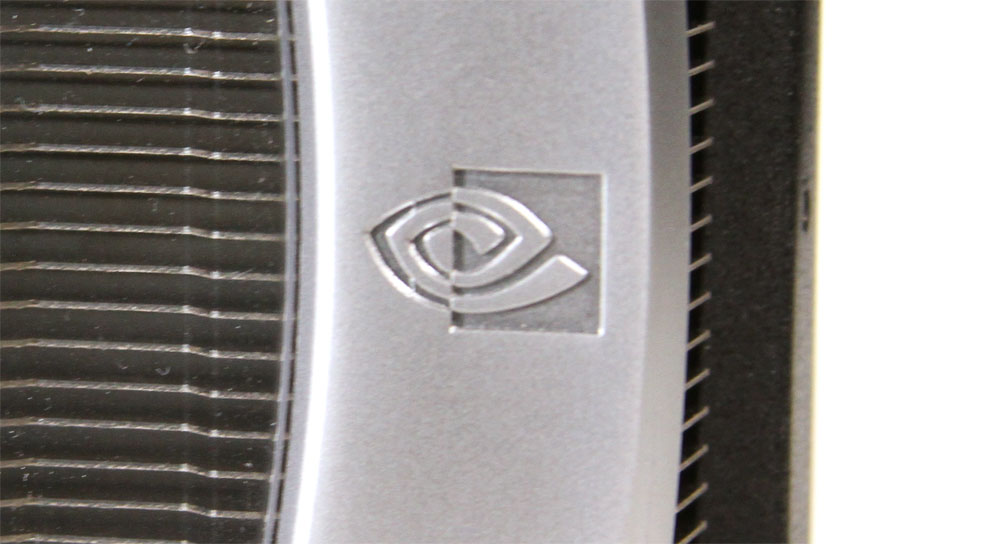 In the frame, NVIDIA did mold a logo that looks sharp and was also the source of the original "It’s Coming" tease on their Facebook page.

Under this complex and impressive housing lies a pair of independent heatsinks and vapor chamber combinations.  The fan was designed to decrease nosie and increase airflow by matching a design with the fan baseplate.

Finally, fully revealed, the GTX 690 shows the pair of GK104 chips, the PLX bridge chip that is fully PCI Express 3.0 compatible (no more nForce chips!!) all the complex power regulation circuitry to keep it running smoothly.