Search engine giant Google took the wraps off its long rumored cloud storage service called Google Drive this week. The service has been rumored for years, but is (finally) official. In the interim, several competing services have emerged and even managed to grab significant shares of the market. Therefore, it will be interesting to see how Google’s service will stack up. In this article, we’ll be taking Google Drive on a test drive from installation to usage to see if it is a worthy competitor to other popular storage services—and whether it is worth switching to!

In order to test the service, I installed the Google desktop application (we’ll be taking a look at the mobile app soon) and uploaded a variety of media file types including documents, music, photos, and videos in numerous formats. The test system in question is an Intel i7 860 based system with 8GB of RAM and a wired Ethernet connection to the LAN. The cable ISP I used offers approximately two to three mpbs uploads (real world speeds, 4mbps promised) for those interested. 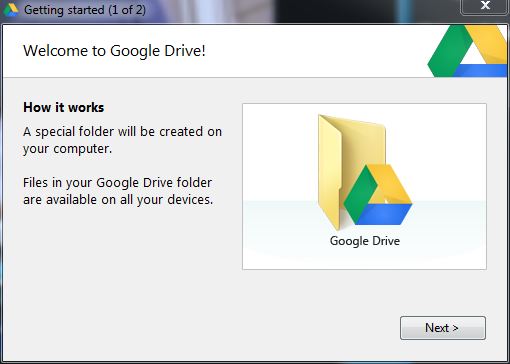 Google’s cloud service was officially unveiled on Tuesday, but the company is still rolling out activations for people’s accounts (my Google Drive account activated yesterday [April 27, 2012], for example). And it now represents the new single storage bucket for all your Google needs (Picasa, Gmail, Docs, App Inventor, ect; although people can grandfather themselves into the cheaper Picasa online storage).

(Picasa Plans were so much cheaper–hold onto them if you’re able to!)

The way Google Drive works is much like that of Dropbox wherein a single folder is synced between Google’s servers and the user’s local machine (though sub-folders are okay to use and the equivalent of "labels" on the Google side). The storage in question is available in several tiers, though the tier that most people will be interested in is the free one. On that front, Google Drive offers 5GB of synced storage, 10GB of Gmail storage, and 1GB of Picasa Web Albums photo backup space. Beyond that, Google is offering nine paid tiers from an additional 25GB of "Drive and Picasa" storage (and 25GB of Gmail email storage) for $2.49 a month to 16TB of Drive and Picasa Web Albums storage with 25GB of Gmail email storage for $799.99 a month. The chart below details all the storage tiers available.

The above storage numbers do not include the 5GB of free drive storage that is also applied to any paid tiers.  The free 1GB of Picasa storage does not carry over to the paid tiers.

Even better, Google has not been stingy with their free storage. They continue to allow users to upload as many photos as they want to Google+ (they are resized to a max of 2048×2048 pixels though). Also, Google Documents stored in the Docs format continue to not count towards the storage quota. Videos uploaded to Google+ under 15 minutes in length are also free from storage limitations. As far as Picasa Web Albums (which also includes photos uploaded to blogger blogs) goes, any images under 2048×2048 and videos under 15 minutes in length do not count towards the storage quota either. If you exceed the storage limit, Google will still allow you to access all of your files, but you will not be able to create any new files until you delete enough files to get below the storage quota. The one exception to that rule is the “storage quota free” file types mentioned above–Google will still let you create/upload those. For Gmail storage, Google allows you to receive and store as much email as you want up to the quota. After you reach the quota, any new email will hard bounce and you will not be able to receive new messages.

In that same vein, Google’s paid tiers are not the cheapest but are still fairly economical. They are less expensive per GB than Dropbox, for example, but are more expensive than Microsoft’s new Skydrive tiers. One issue that many users face with online storage services is the file size limit placed on individual files. While Dropbox places no limits (other than overall storage quota) on individual file size, many other services do. Google offers a compromise to users in the form of 10GB per file size limits. While you won’t be backing up Virtualbox hard drives or drive image backups to Google, they’ll let you backup anything else (within reason).

Google does offer several methods for uploading your data to their servers using a web interface or a number of desktop and mobile applications. At the time of writing, there are official desktop clients for Windows and Mac OS X computers as well as an official Android mobile OS application–an official iOS app is in the works. As you can see, Linux users were left squarely out of the loop on this release, prompting a Google+ “#DriveForLinux” movement by Linux users that, understandably, felt left out. Enterprising Linux users have managed to cobble together a program called Grive that allows downloading of Google Drive files to a folder on the user’s local machine (two way syncing is still being developed and not publicly available). Fortunately, Google Docs Community Manager Teresa Wu has since stated that official Linux support for Google Drive is in the works. The statement has turned down the flames but many are still anxiously awaiting official support–for now Grive and the web interface will have to do. Also left out is an official application for Windows Phone 7 which looks to have little chance of getting official support.

Beyond official applications, Google has released an SDK for their cloud storage service with the catch that the APIs are only for web based applications. Applications made using the SDK will be distributed through the Chrome Web Store, and there are currently a number of free apps due to developers having early access to the APIs (developers that must have either been very good at keeping secrets or had a Google Robot constantly reminding them of the NDA heh).

Further, Google has followed their own “search everything” mantra to the letter with Google Drive by allowing everything a users uploads to their online storage to be fully search-able. This means than any documents a user uploads can be fully searched by the contents of the file as well as by file names. For photos and scanned images, Google will employ OCR (optical character recognition) technology to allow users to search for recognized text within photos as well as meta data. One feature that is very much new and unique to Google is the ability to contextually analyze photos and allow users to search for photos by the contents and/or objects depicted (not actions though, Google algorithms still need a few more years for that heh). The example Google gives is that for photos of the Grand Canyon, users can search for the term “It’s gorgeous” and get back results containing their photos of the Grand Canyon. A neat feature for sure (if a bit creepy), and is not something the other storage providers can offer. Google has been analyzing photos for face recognition purposes with Picasa for years now, so they have had ample time to refine their photo-analyzing-fu.

It may also be worth touching on the service’s TOS (terms of service), as Google has received a lot of flak for it and there is quite a bit of confusion surrounding it. The issue with the TOS came up when some users quoted portions of it where Google stated that any content belonged to them and that they reserve the right to create derivative works, use it for advertisements, and perform public performances with it (among other provisions). When compared to the terms of services of other companies, the Google Drive version seemed to be extremely overbearing. For those curious, the portion in question that got many users worried is as follows:

“When you upload or otherwise submit content to our Services, you give Google (and those we work with) a worldwide license to use, host, store, reproduce, modify, create derivative works (such as those resulting from translations, adaptations or other changes we make so that your content works better with our Services), communicate, publish, publicly perform, publicly display and distribute such content. The rights you grant in this license are for the limited purpose of operating, promoting, and improving our Services, and to develop new ones. This license continues even if you stop using our Services (for example, for a business listing you have added to Google Maps).”

Without question, this sounds scary. Especially for users that depend on the ability to monetize their creative content (graphic artists, authors, et al), the Google Drive TOS appears to require a lot of power simply to allow users some storage space (almost as if a lawyer at Google was having a bad day and/or had a bit too much fun writing it). I’ll admit that when I saw the above quoted text, I became very leery of the new service. Google has not addressed the specific concerns of users, but according to the Denver Post the company has stated that their TOS is necessary in order to provide users with useful services. Specifically, “Our terms of service enable us to give you the services you want — so if you decide to share a document with someone, or open it on a different device, you can.”

Michael H. at Phone Arena has put together a good article on the subject, and has determined that the above statement has been simply taken out of context. He cites an early clause in the Google Terms of Service and a paragraph in Google’s Privacy Policy that state any content remains yours and that it will not be shared with third parties except in the case that you’ve granted a third party access (with a third party app for example) or they are issued a subpoena for information.

"You retain ownership of any intellectual property rights that you hold in that content. In short, what belongs to you stays yours." – TOS

"We do not share personal information with companies, organizations and individuals outside of Google unless one of the following circumstances apply: with your consent; with domain administrators; for external processing; for legal purposes." – Privacy Policy

That does not make a certain section any less scary, but with more context it at least seems to be more reasonable. While any photos, videos, or other content that you elect to share publicly may still be used by Google for the purpose of advertising their services, any private material should be safe in the sense that Google will not undermine your overriding copyright and claim ownership should you attempt to monetize or otherwise use your created content.

And in the end, there is nothing stopping you from encrypting everything before uploading it should you not be satisfied with Google’s promises (I can respect that). Regarding encryption, the Google service does not utilize encryption by default to store your files. The most security that you will be able to achieve out of the box is an SSL (secure socket layer) connection to the Google Drive website and applications using their APIs and 2 factor authentication for logging in which is not much (not anything approaching real encryption) but much better than nothing. If you have sensitive data, look into encrypting your sensitive financial files within hidden TrueCrypt volumes before uploading them to Google (where physical and software security/control is essentially out of your hands).

In the following pages, we will be detailing the installation and usage of the Google Drive service. After which will be any final considerations, a short comparison (more on that later) with competing storage tiers, and our final determination on whether or not Google Drive is worth using versus the other guys. 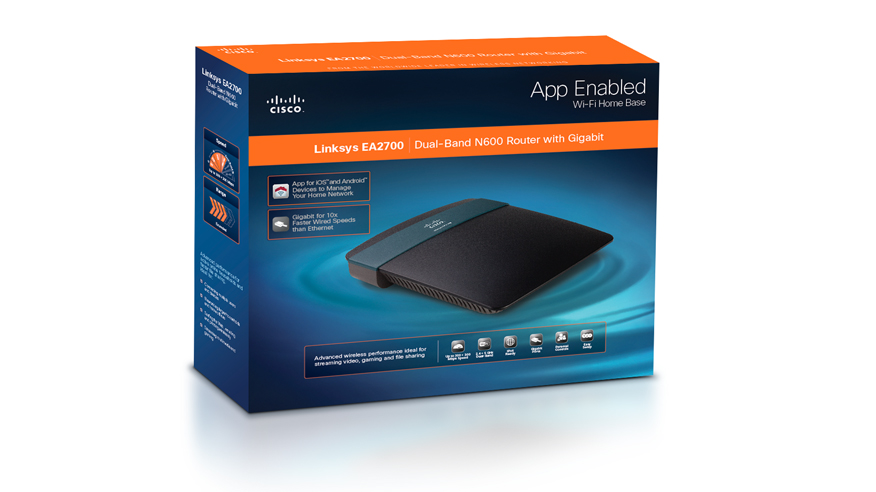