Will these new, higher clock speeds affect the actual power consumption of the Radeon HD 7970 GPU in its GHz Edition? 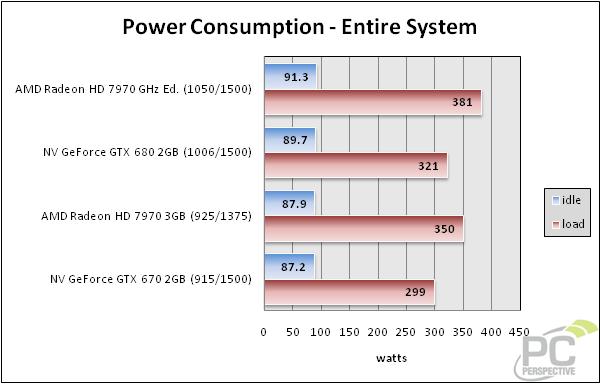 The answer is yes. Despite AMD telling us that the new card would have the same kind of TDP, our testing shows a noticeable increase in power consumption: 30 watts. That is a lot more than none, to be quite frank. And the power consumption of the GeForce GTX 680 next to it is now 60 watts LOWER than the Radeon HD 7970 GHz Edition, giving the obvious advantage to NVIDIA in terms of power efficiency. 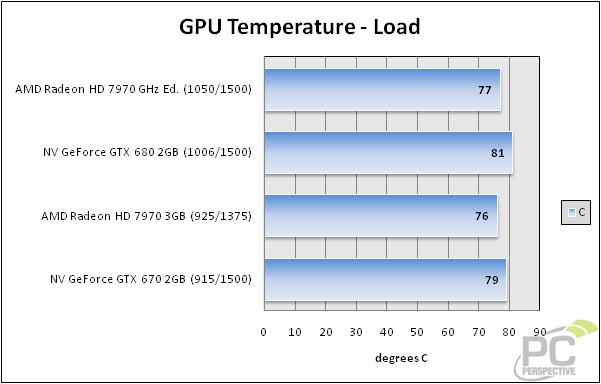 GPU temperature hasn’t changed much from the original to the new GHz Edition. 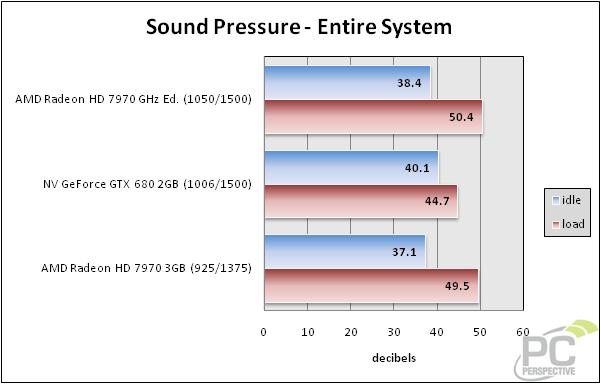 Sound levels did appear to increase slightly with the new version of the card running at higher clocks, though not by a large margin. NVIDIA’s GTX 680 cooler design is still the big winner here. 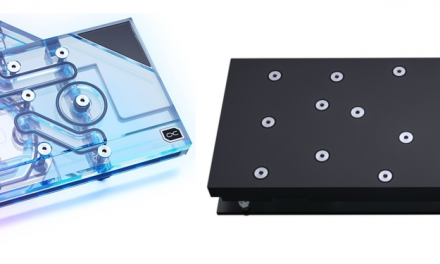 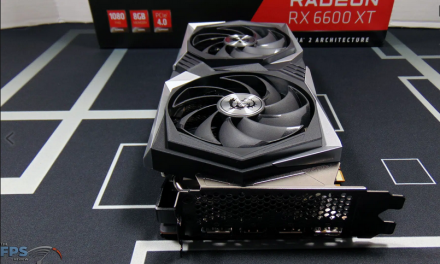