Though we didn’t include the new DiRT Showdown in our full gaming suite, I did run a couple of tests on the GTX 680, and the new Radeon HD 7970 GHz Edition, to see how the performance stacked up according to AMD’s claims. We ran it at 2560×1600 with 4xMSAA enabled and the Ultra quality presets. 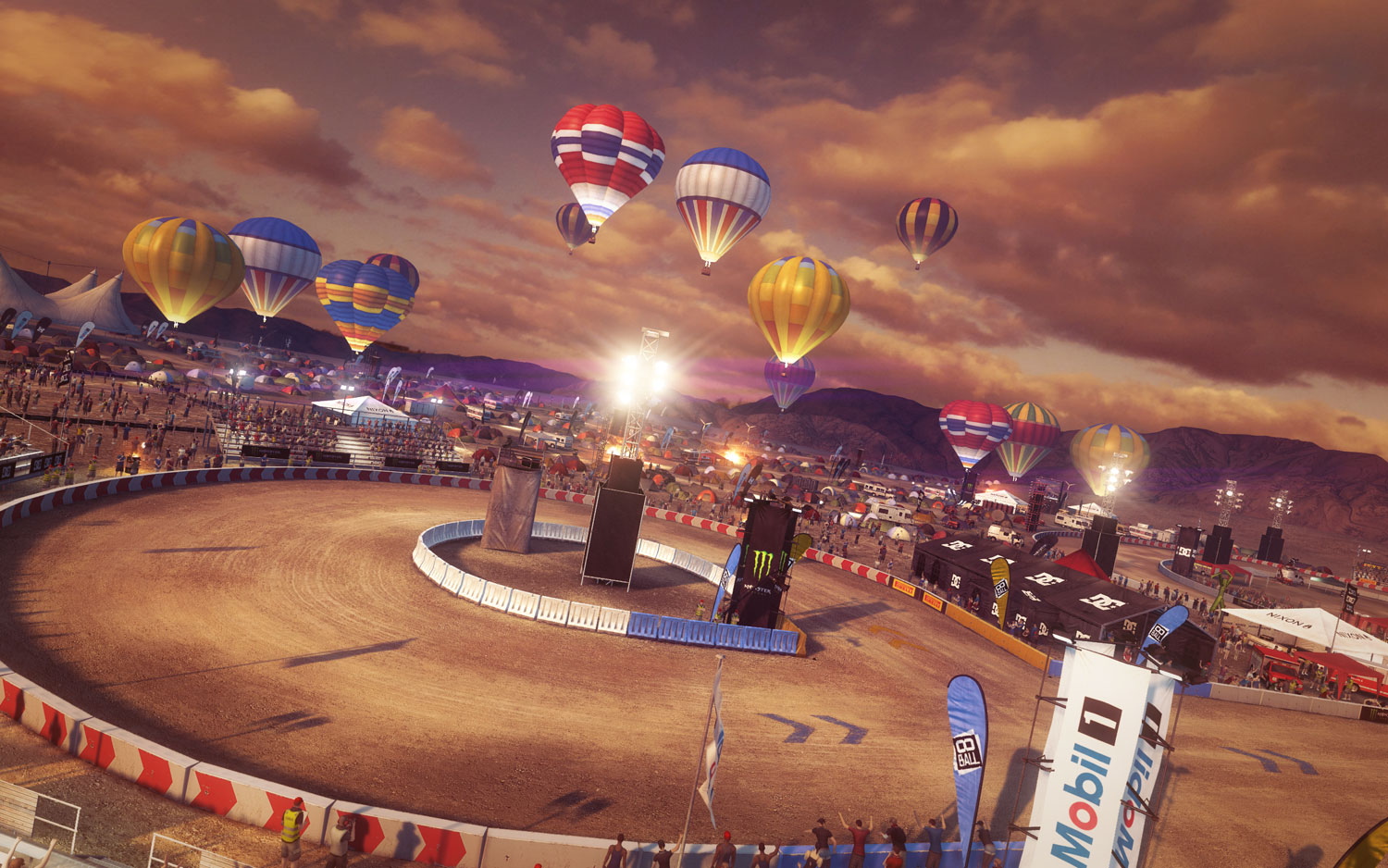 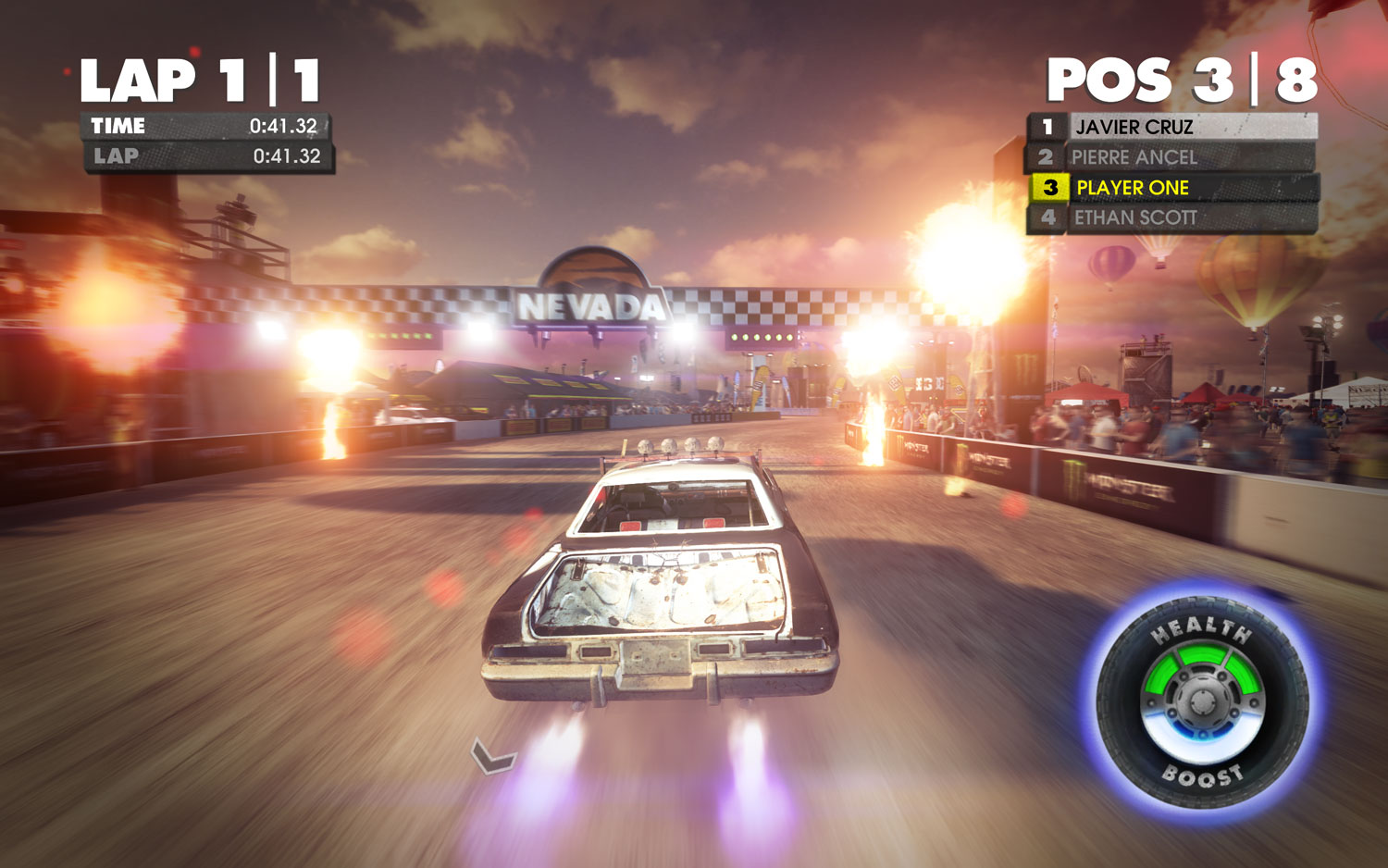 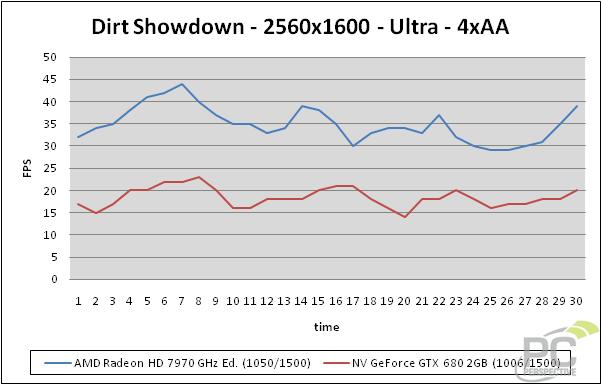 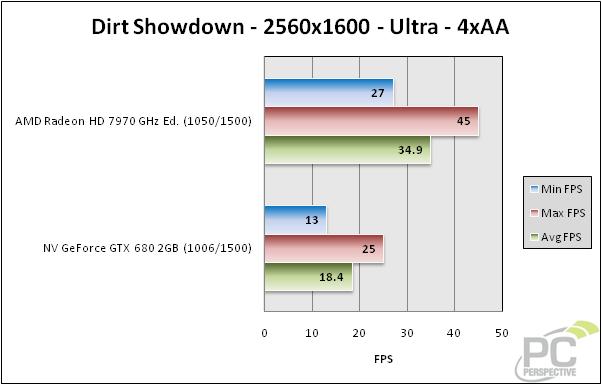 Obviously there is a HUGE performance delta between the AMD and NVIDIA results here – a gap of 89% is seen here at these settings. People inside NVIDIA are telling me that there is an unpatched bug in the game that is causing these massive performance hits on NVIDIA’s Kepler architecture but in general, gamers don’t care who is at fault, just that something is wrong.

In addition to the DiRT Showdown test, we wanted to include a couple of showings of GPU compute performance as AMD claims its Tahiti GPU can definitely outperform the GTX 680. Though we aren’t yet ready to explore the custom implementations of Handbrake or GIMP, we did run both the GTX 680 and the HD 7970 GHz Edition through a couple of the standard available OpenCL benchmarks. 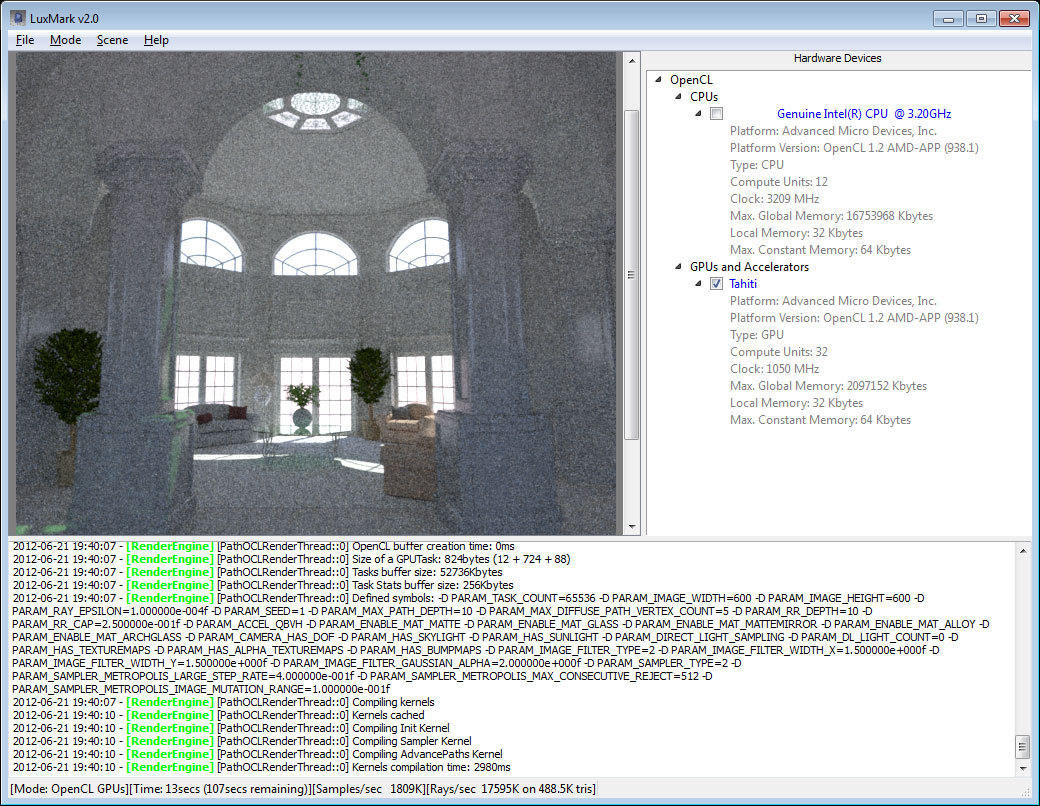 This particular benchmark seems to demonstrate the power of the Tahiti GPU and its 4+ TFLOPS of computing power available to the developers that target it. 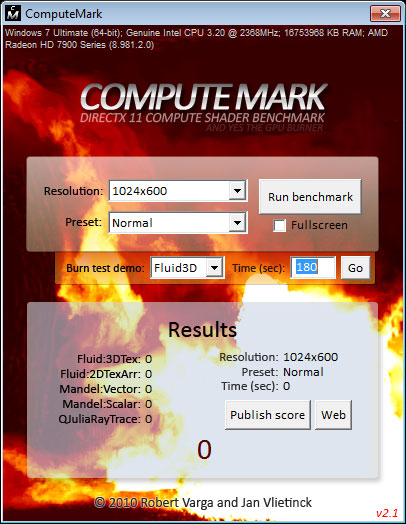 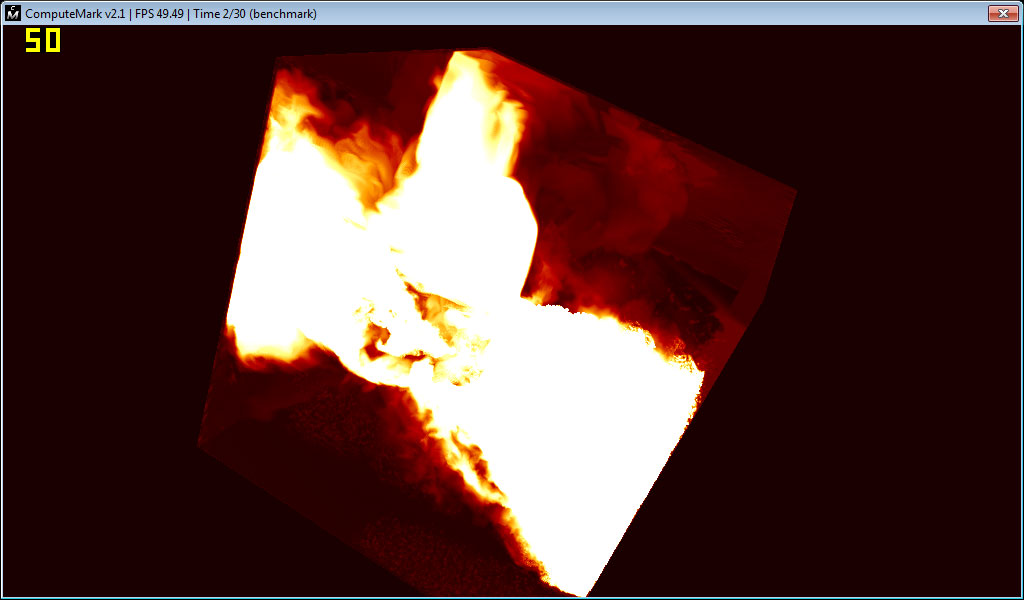 The OpenCL physics engine benchmark here results in a much closer match up, but still, the AMD Radeon HD 7970 GHz Edition has a 15% performance advantage. 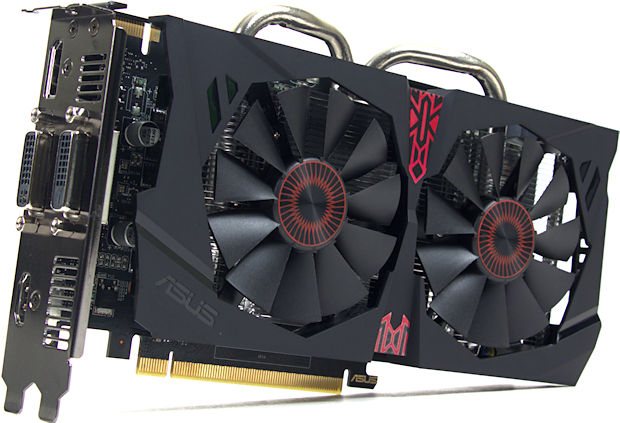