AMD announced two new drivers today, the final WHQL build of the 12.6 beta that many are currently using as well as a new beta version of 12.7.  These represent the first new drivers on AMD's new release schedule, instead of a new driver every month they plan on now releasing a new driver once it has been proven to improve performance and been fully tested.  The 12.6 offers the same benefits as the 12.7, the difference is that the 12.7 introduces a new feature called the Video Codec Engine which is designed to provide powerful GPU support for video encoding tasks in applications such as vReveal and ArcSoft MediaConverter.  Check out AMD's blog post here for more details and scroll down to read the highlights of the 12.6 WHQL driver. 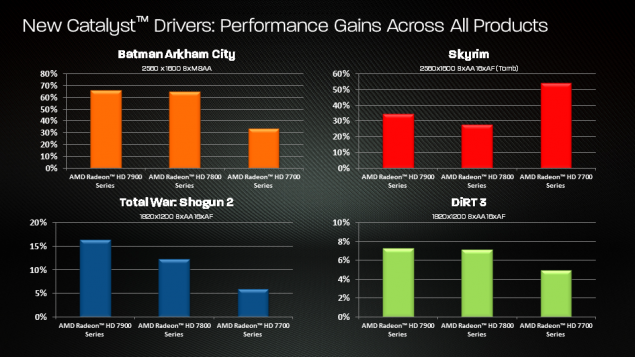 NVIDIA To Hold the Second GeForce LAN Event in SFO