Four new Intel motherboards from ASRock were revealed at Computex, the X79 Extreme11, Z77 Extreme9 and Z77 OC Formula.  All use their new XFast 555 Technology software for XFast RAM, XFast LAN and XFast USB which should at the very least allow you great control over all the frequencies on your motherboard.

The motherboard for power users supports Sandy Bridge E processors, the X79 Extreme11 sports PLX PEX 8747 bridges which means this motherboard can run multi-GPU 4-Way SLI/CrossFireX at PCIe Gen3 x16/x16/x16/x16 and puts EVGA’s Classified SR-2 in serious trouble on the Leaderboard when released.  24 + 2 Power Phase Design, onboard Creative Sound Core3D and an LSI SAS2308 chip which gives you ten SATA3 connectors with 8 of the able to be set to SAS mode. 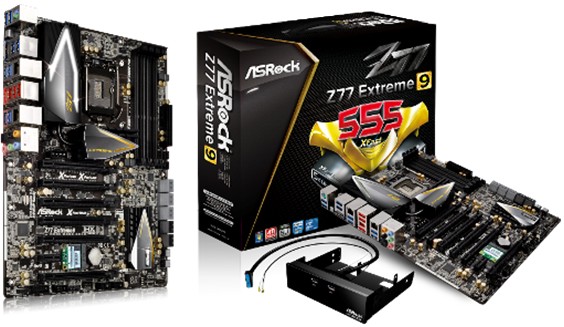 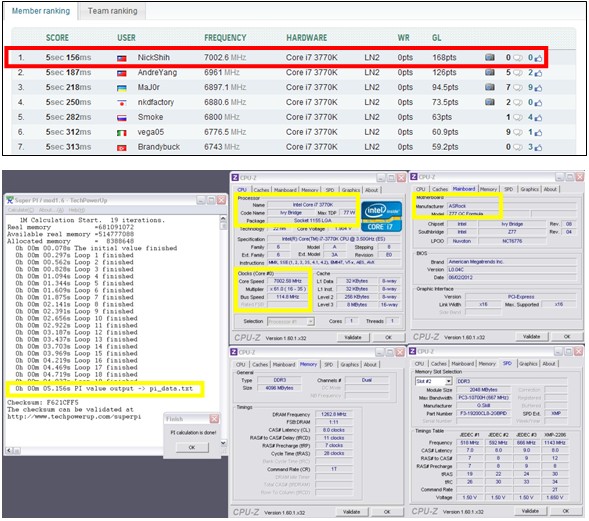 The Z77 OC Formula wants to step on ASUS’ toes; while the score is impressive, the overclocks need a little work.  They don’t say much about this board but from the preliminary testing it looks like great fun for the serious overclocker. 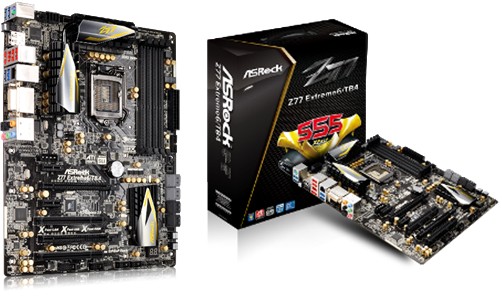 Last but not least is the Z77 Extreme6/TB4 which features four channel Thunderbolt, for that you can read two Thunderbolt ports.  ASRock mentions that this "allows one port to be connected to the onboard graphics and the other one can be used for discrete graphics card." which could lead to all sorts of speculation.

On the AMD side we have the ATX FM2A75 Pro4, and microATX FM2A75 Pro4-M and FM2A75M-DG which support Trinity processors but unfortunately we don’t have much more than their names.  TechPowerUp did get some pictures of the boards recently.

They are also showing the EN2C602-4L, E3C204-V, E3C204-4L and H77WS-DL server boards which come with a full suite of software to ensure an easy setup, an IPC motherboard for those small purpose-built applications and an intriguing HTPC box called the ASRock VisionX Series.  This is reputed to featuring Ivy Bridge, Radeon HD 7850M graphics and AMD HD3D Technology with dual band WiFi but might cost a bit more than the alternative, the ASRock MINI Series which has and AMD E2-1800 backed up by a Radeon HD7340. 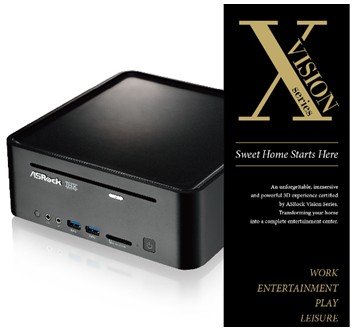