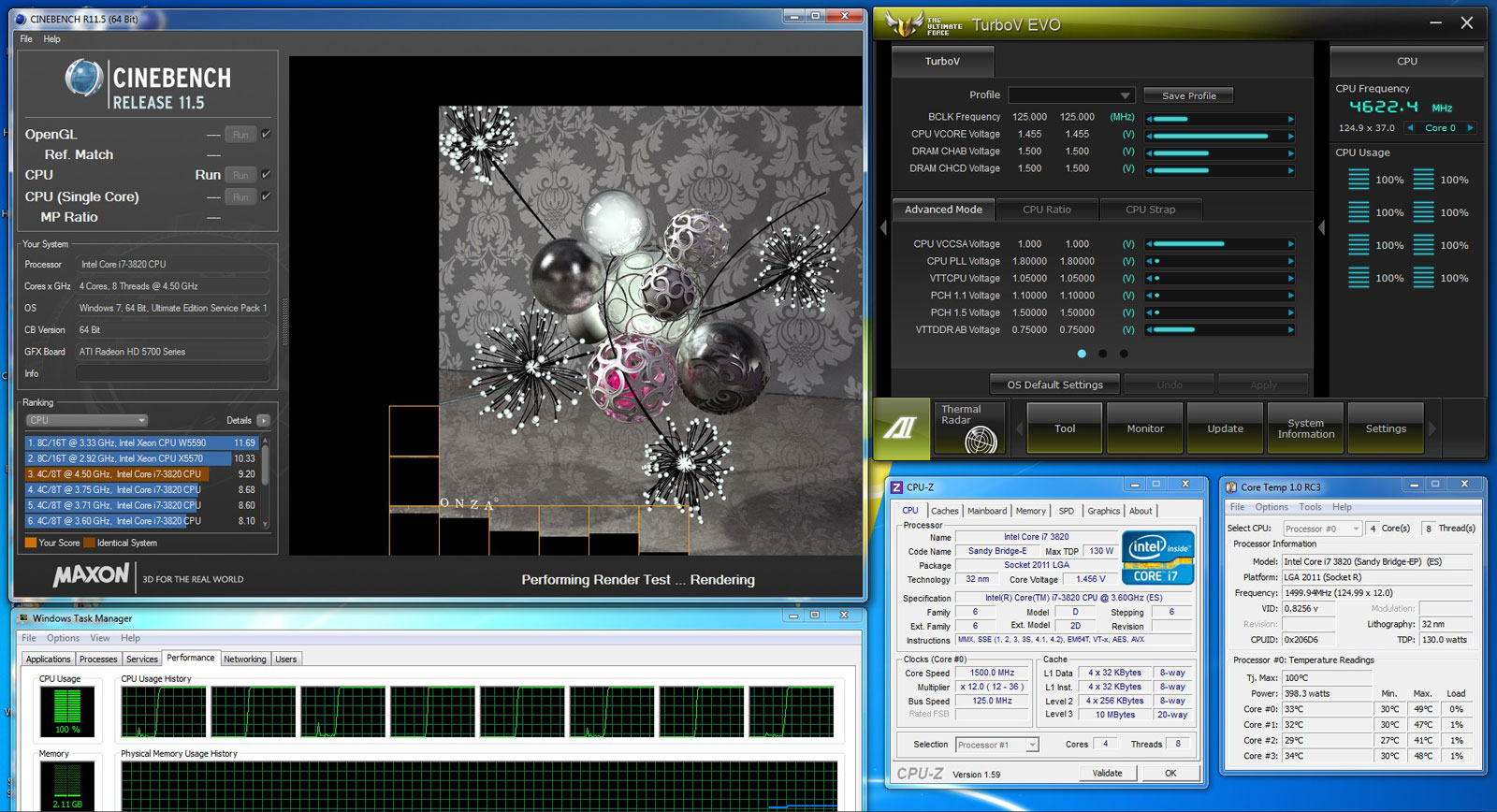 To start our evaluation of this board’s overclocking features, we chose to test how well the Turbo EVO software could automatically overclock our Intel i7-3820 3.6GHz processor. To do this, we installed the latest version of AI Suite II from ASUS’s website. After that, we clicked on the CPU Ratio tab and clicked the "on" button to automatically overclock the CPU using by adjusting the CPU ratio. Next, we clicked on the CPU Strap tab and increased it to 1.25. After rebooting the system, we increased the CPU speed to 4.62GHz. 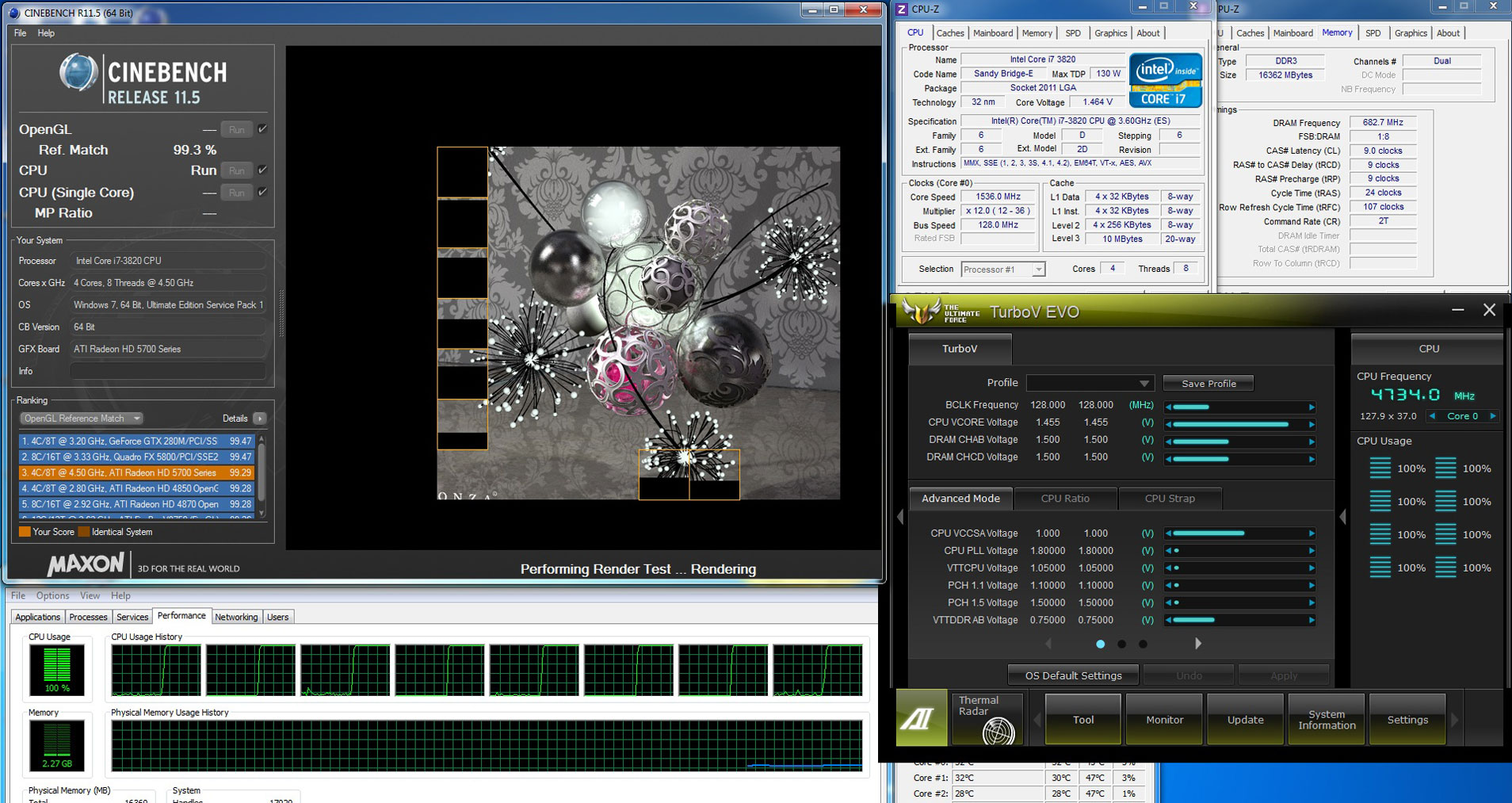 As I’ve done in previous motherboard reviews, I like to mention an excellent tutorial for overclocking the i7-3820 that Ryan wrote, which helped me learn the ropes to get the most out of the LGA 2011 platform. Here’s a quote from Ryan’s review that illustrates a key change in the overclockability of the i7-3820:

"…overclocking on the Core i7-3820 is a bit different than with any other Sandy Bridge processor out there.  Because it is not fully unlocked, the multiplier is limited to 43x, about the same as the non-unlocked Core i7-2600.  Unlike the original Sandy Bridge though, Sandy Bridge-E allows us to use "straps" or bus speed multipliers that still operate with the 3820."

I followed Ryan’s advice for adjusting the strap options to 125MHz or 1.25x, which helped me overcome the CPU multiplier limitations. I also increased the CPU voltage to  1.45v to help improve the stability of our overclock.

I left the CPU multiplier at 37x, and worked on configuring the CPU clock and processor per clock ratios. I manually adjusted the processor per clock ratio to 1.25x in the UEFI BIOS, and reconfigured the system memory multiplier to ensure the memory speeds and timings were not a limiting factor in getting a stable overclock. After rebooting and confirming our overclock with multiple runs of Cinebench 11.5, I was quite impressed with a 4.734GHz overclock on our i7-3820 CPU.