Because the CPU isn’t an unlocked part, we were limited in our multiplier overclocking (maximum of 38 based on what we saw) and had to mix in a bit of bus clock increases as well. 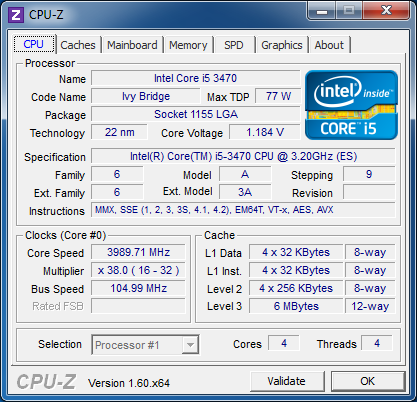 I was able to hit a clock speed of 4.0 GHz with all four cores (an 800 MHz increase over the base clock), completely stable, with a 38x multiplier and a 105 MHz base clock.

The result is a score in Cinebench that is 18% faster than stock and within 8% of the performance of the much more expensive Core i7-3770K CPU.

Also, if you want to see JJ Guerrero from ASUS demonstrate overclocking on the ASUS line of Z77 motherboards, check out the video from our live review below!

All signs point to the new Ivy Bridge architecture as being impressively efficient on the new 22nm process technology. 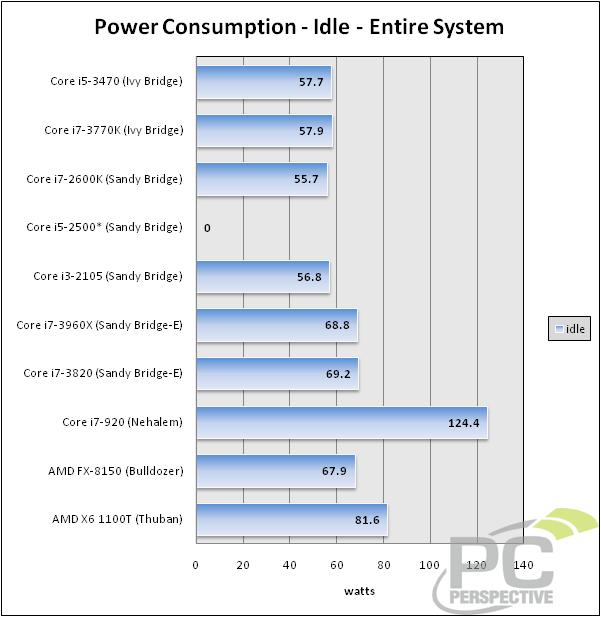 Idle power numbers stay right around 57 watts for the new Core i5-3470 – just a watt or two higher than the Sandy Bridge offerings. This might improve with some BIOS revisions but we’re still happy with it. Just for fun, take a look at the oldest architecture on the block – Nehalem – to see how things used to be. 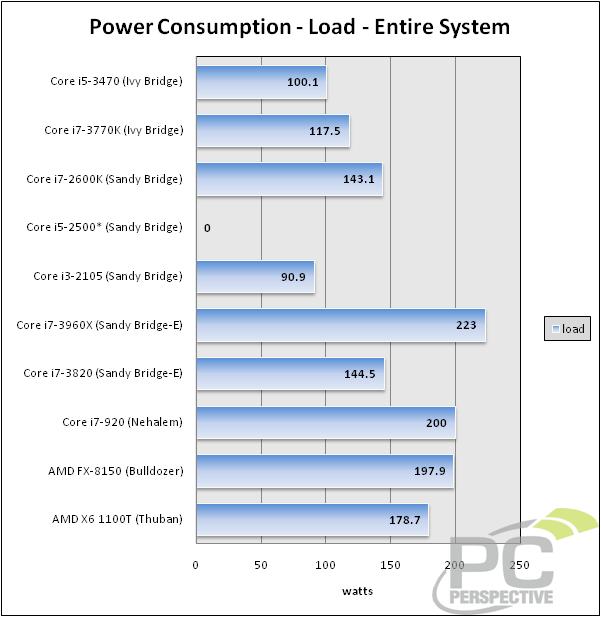