I think it is pretty safe to say that MSI makes some pretty nice stuff when it comes to video cards. Their previous generation of the HD 6000 and GTX 500 series of cards were quite popular, and we reviewed more than a handful here. That generation of cards really seemed to stake MSI’s reputation as one of the top video card vendors in the industry in terms of quality, features, and cooling innovation. Now we are moving onto a new generation of cards from both AMD and NVIDIA, and the challenges of keeping up MSI’s reputation seem to have increased.

The competition has become much more aggressive as of late. Asus has some unique solutions, and companies such as XFX have stepped up their designs to challenge the best of the industry. MSI has found themselves to be in a much more crowded space with upgraded cooler designs, robust feature sets, and pricing that reflects the larger selection of products that fit such niches. The question here is if MSI’s design methodology for non-reference cards is up to the challenge.

Previously I was able to review the R7970 Lightning from MSI, and it was an impressive card. I had some initial teething problems with that particular model, but a BIOS flash later and some elbow grease allowed it to work as advertised. Today I am looking at the R7950 TwinFrozr3GD5/OC. This card looks to feature a reference PCB combined with a Twin Frozr III cooling solution. I was not entirely sure what to expect with this card, since the Lightning was such a challenge at first.

The HD 7950 has four compute units disabled so it only has access to 1792 stream units. This also cuts down the available texture units to 112. Clock speeds are decreased to 800 MHz for the core and 1250 MHz (5000 MHz effective) for the memory. The chip still utilizes as 384 bit bus to the memory, so it still gives an impressive 240 GB/sec of bandwidth. ROPS are also unchanged at 32. 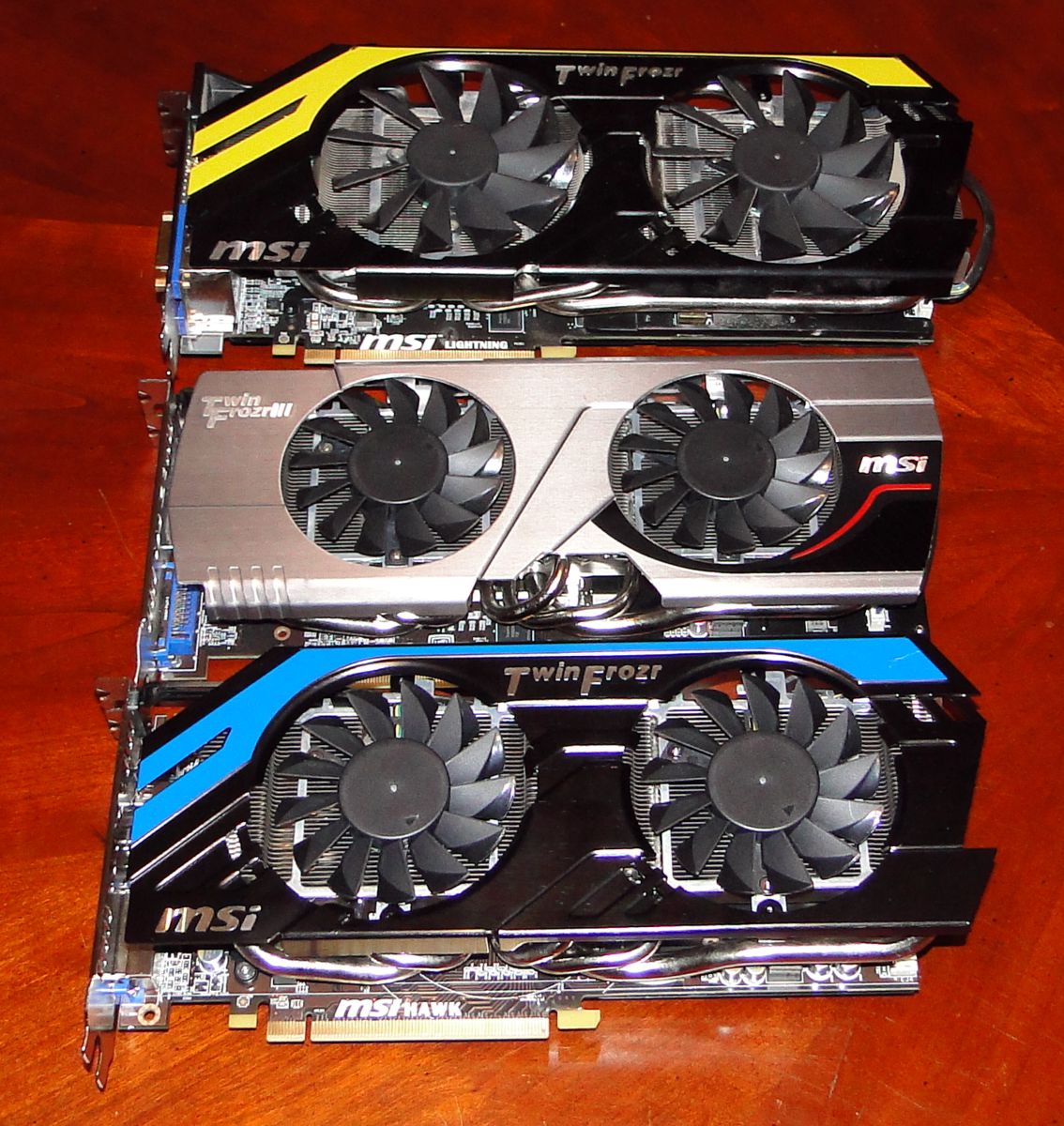 The 7950 encompasses all of the next generation features that the 7000 series has introduced for AMD. DirectX 11.1 support is one of the bigger features, but this is something of a minor upgrade that we will not be seeing until Windows 8 is released. These are also some of the first PCI-E 3.0 compliant cards on the market. Probably one of the bigger features that is still underrepresented is that of the new AMD VCE (Video Codec Engine). This is essentially AMD’s answer to Intel’s QuickSync unit that is built into their Sandy Bridge and Ivy Bridge processors. Software support so far has been lacking, but we are hoping that throughout the summer we will see much more robust support. Perhaps we will see some announcements at the Fusion Developers conference?

This chip is made on TSMC’s 28 nm HKMG process, and was in fact one of the first mass produced 28 nm chips in the world. AMD has been able to keep up with demand on these products with their partners, and general availability has been quite strong since the release of the HD 7000 series. Reference designs utilize 2 x 6 pin PCI-E power connectors, so it is limited to around 225 watts of power. The reference designs also feature a dual BIOS functionality, but this is primarily for redundancy and safety rather than increased overclocking prowess.