After successfully, and quite easily, installing and connecting the Pegasus R4 I wanted to attach the Thunderbolt display to the series and see how that experience went. It was equally as seamless. 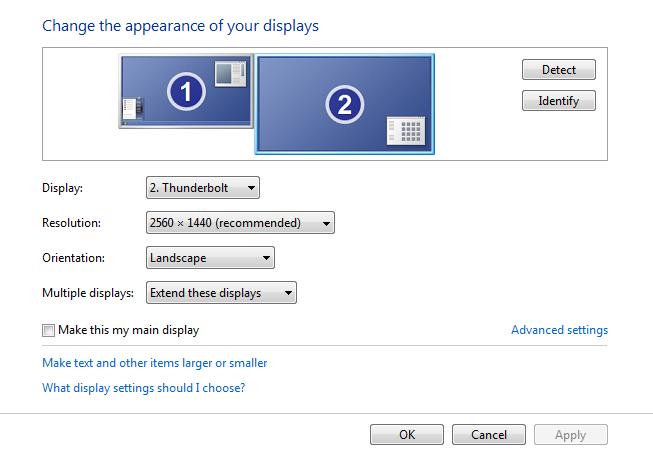 After plugging the Thunderbolt cable into the secondary port on the R4, Windows made its familiar "ba-dum" sound and installed the display driver. For this to work though, you must have the processor graphics on the Ivy Bridge or Sandy Bridge CPU enabled with the Intel driver installed. In Windows, we see the 2560×1400 display available and listed as "Thunderbolt".

In our configuration, we also had a display connected to the GeForce GTX 560 Ti discrete card and in the control panel configurations above you see that each is interacting with the displays correctly. The Dell 3007 WFP and the Apple Thunderbolt display are both enabled and working for an easy multi-monitor environment.

You can use the Thunderbolt display by itself but in my experience, with no other display attached to the PC, getting access to the BIOS/UEFI was somewhat finicky even when setting the integrated graphics as the default option in the UEFI before removing the discrete card. Much like we saw with standard DisplayPort implementations, there might be a little bit of a lead time for that to be implemented 100% correctly. 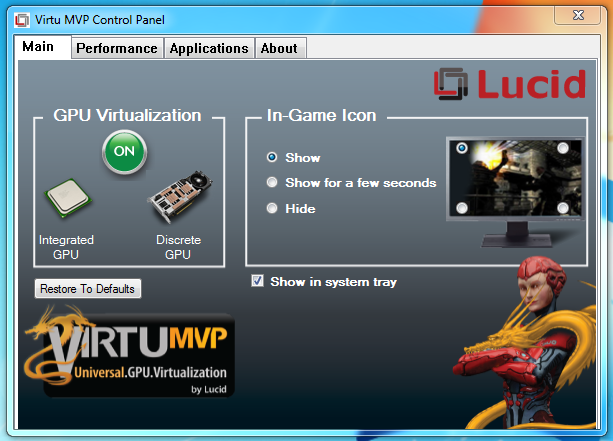 We haven't talked about Lucid's Virtu technology recently, but thanks to it, Thunderbolt users are able to play games and utilize discrete graphics solutions on Thunderbolt displays. Even though the TB display MUST be attached to the HD 4000 graphics on the Intel Core i7-3770K in our configuration, Lucid's Virtu GPU virtualization software allows us to utilize the GTX 560 Ti for gaming, with or without another monitor attached to it.

By telling Windows to make the Apple Thunderbolt Display the primary display and then installing Lucid Virtu software and enabling virtualization, gaming performance was basically identical to having a monitor connected to the NVIDIA GPU. 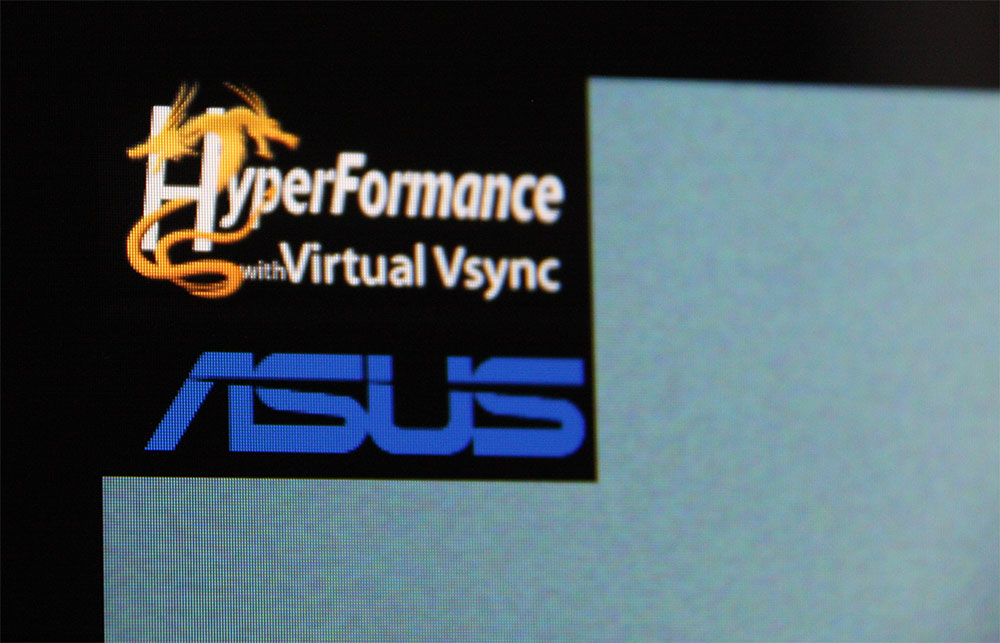 This technology has been around for a couple of years now and we have been impressed with Lucid's ability to maintain compatibility and keep strong partnerships with the major motherboard vendors like ASUS. Initially sold as a way to utilize CPU-specific features like QuickSync combined with the gaming performance of a discrete GPU, I think Lucid has a much stronger selling point here with the Thunderbolt interface in the picture.

If users begin to adopt the Thunderbolt interface for storage devices, accessories and displays, then Lucid Virtu provides the only way to do so and maintain the PC gaming performance levels that users expect and demand. If I was limited to the Intel HD 4000 graphics performance in Battlefield 3 on this sweet 2560×1440 Apple Thunderbolt Display, it would not have been nearly as impressive an overall experience. 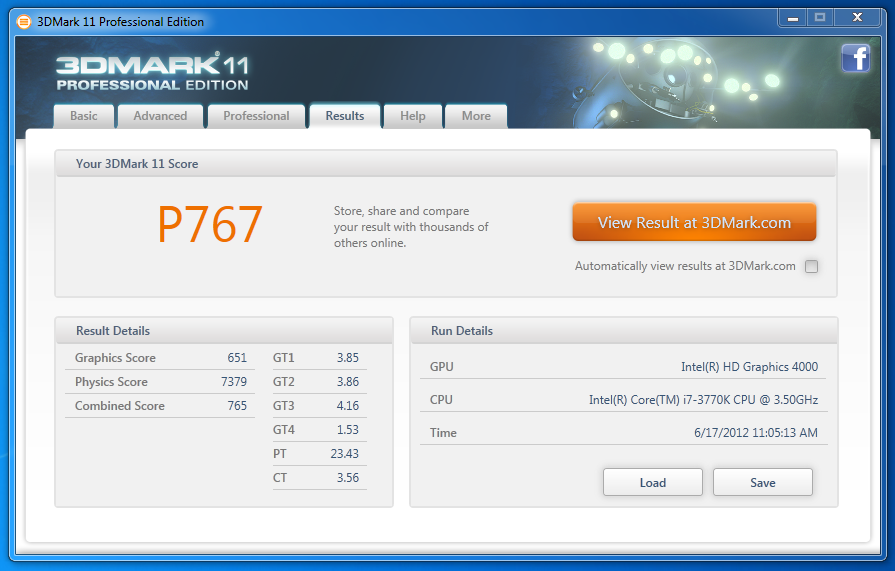 Without Virtu installed, our gaming performance to the Thunderbolt display was limited to what the Intel HD 4000 graphics could provide.

After having the Lucid software enabled, the discrete GTX 560 Ti GPU was accessible for gaming even though the screen output was going through the Thunderbolt connection. Obviously this will work with any discrete graphics card from AMD or NVIDIA including the ultra-high end options.

Not everyone loves the cans