Our system hardware is identical to what we recently built as our CPU test bed, though of course we have swapped out the motherboard for the ASUS P8Z77-V Premium. The CPU was a Core i7-3770K running at stock speeds, 8GB of DDR3-1600 memory and again, that GeForce GTX 560 Ti reference GPU. For our performance testing, we ran a handful of tests in several different applications including IOmeter, SiSoft Sandra and ATTO.

The first set of benchmarks you'll see below was run on the Pegasus R4 with the set of four 1TB hard drives installed. Keep in mind that while the Thunderbolt connection is capable of 10 Gbps (1.25 GB/s), there is going to be some interface overhead as well as limitations from the platter based hard drive technology. In other words, don't expect four hard drives in RAID 5 – or RAID 0 – to really peak the Thunderbolt interface. 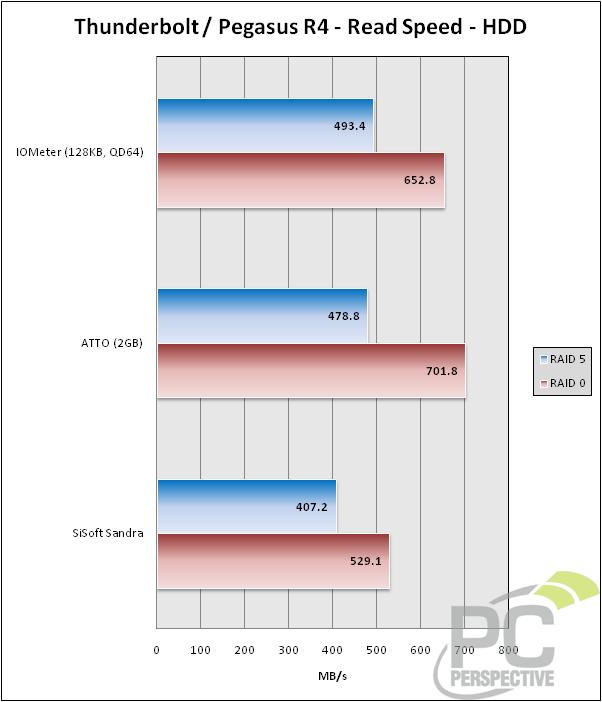 In these results we are testing the read speed in an attempt to really stress the Thunderbolt connectivity. You can see that in the default RAID 5 configuration, the Pegasus R4 maxes out at 493 MB/s reads in IOMeter – technically a speed that could still be available to users of USB 3.0. When we switch to a RAID 0 configuration though we are seeing performance numbers as high as 701 MB/s in ATTO, beyond even the theoretical peak of USB 3.0 at 625 MB/s.

Next up, we decided to ask our friends at Corsair to send us a set of four SSDs to make sure we were really pushing the Pegasus R4 and the Thunderbolt connection to the limits, and to find the peaks of Intel and ASUS' implementation. 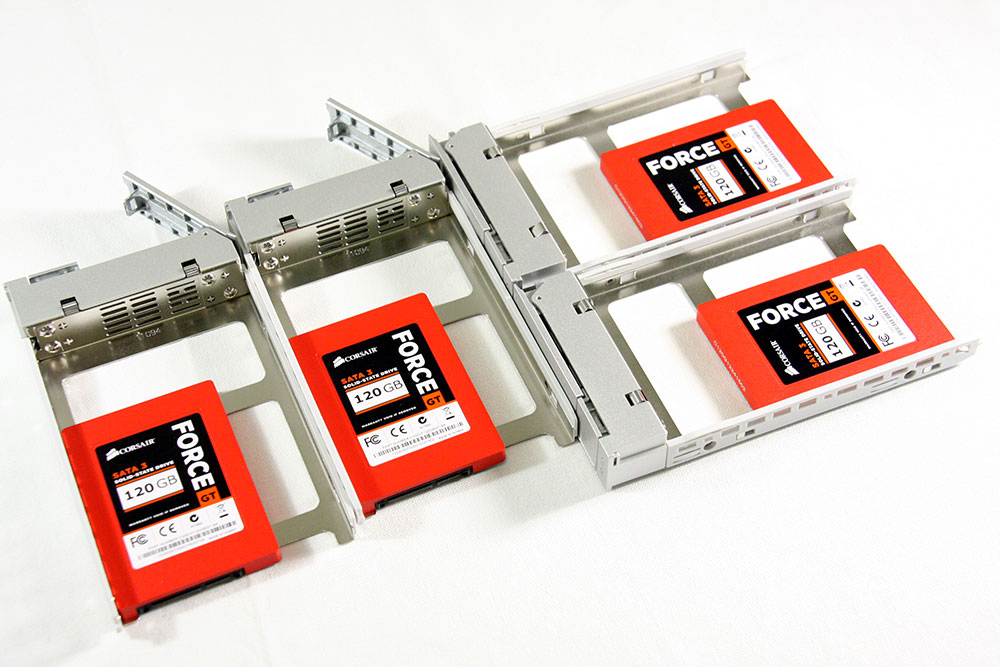 Corsair donated a set of four 120GB Force GT drives currently selling for just about $120 each.  While having SSDs in an external drive like this might not make much sense for many real-world scenarios, keep in mind that we are simply trying to find the limits of the current generation of Thunderbolt technology [by taking the speed limitations of platter-based hard drives out of the equation]. 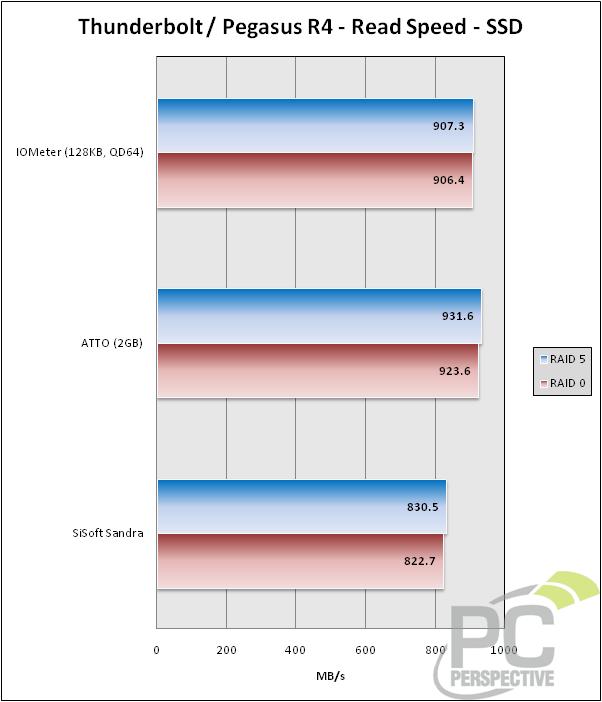 We appear to be hitting the limits of this combination of devices with the Pegasus R4 and the ASUS P8Z77-V Premium seeing performance numbers as high as 930 MB/s in ATTO and 907 MB/s in IOMeter. While that is still a bit far off from the "theoretical" speed of 1.25 GB/s, for a first generation product – and the first real implementations of it – I think being able to access external devices as these speeds could really change many users workflow.

Also, just because we had a pair of the Pegasus R4 devices in-house for a short while, we did a combined test where we daisy chained two of them together, both utilizing standard hard drives. 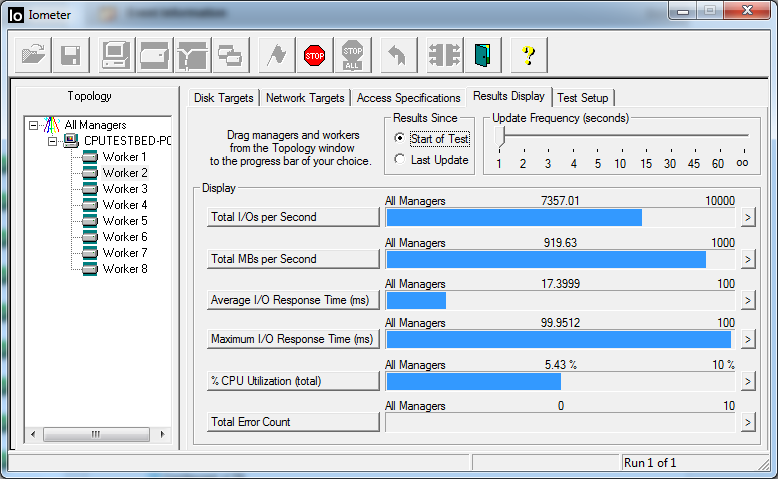 While a single R4 unit hit a peak of 650-700 MB/s, the daisy chained units are able to hit the peak of the current Thunderbolt connection at 919 MB/s.

I ran similar tests with the Apple Thunderbolt Display connected as well without issue – no performance differences were found!