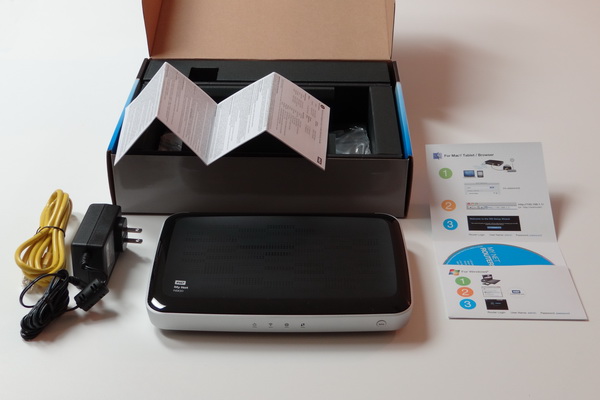 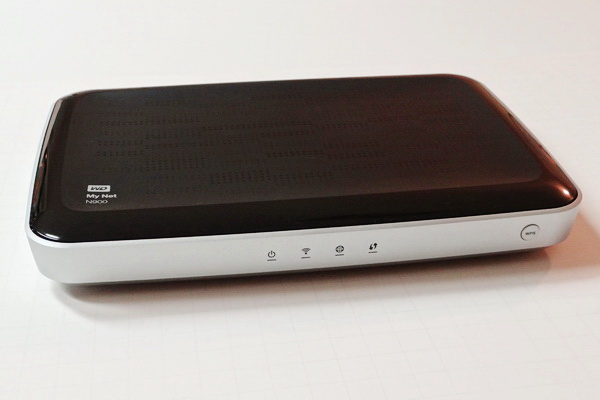 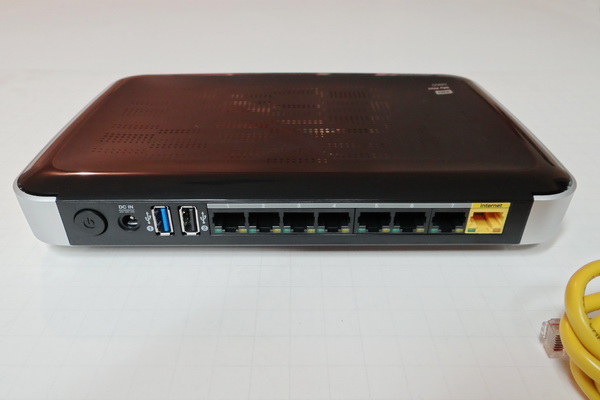 Rear. Included Ethernet cable is color-keyed to the port. Nice touch, as are the link state lights present on all Eethernet ports. 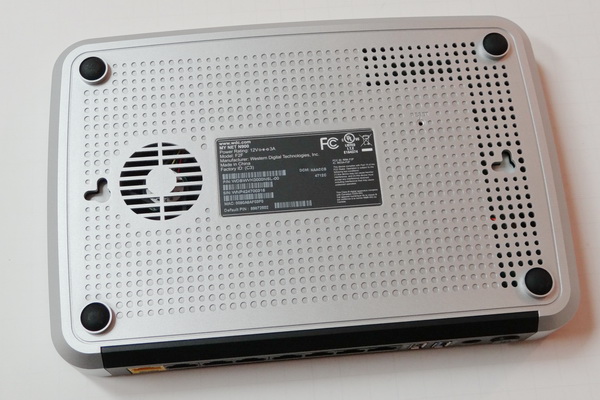 Sorry, I can only look at new tech for so long before I start ripping the screws out. A few warranty-voiding moves and voala! 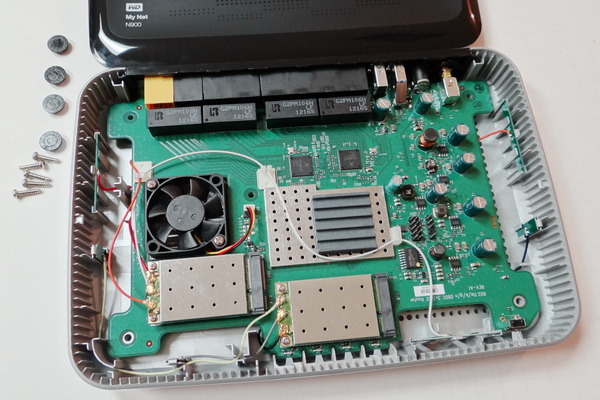 Build quality looks very good, with particular attention given to antenna routing. Note there are six (!) total antennas. Three for the 2.4GHz band, and another three for the 5GHz band. More on that in a sec. 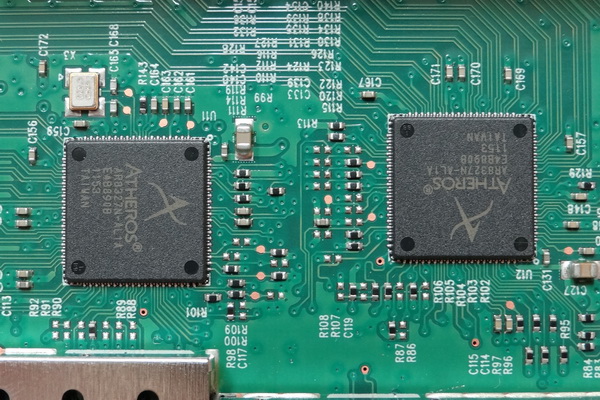 Ethernet connectivity is driven by a pair of Atheros AR8327N low power GigE switch chips. Each chip drives 4 of the 7 available ports (number 8 is reserved for the Internet port). 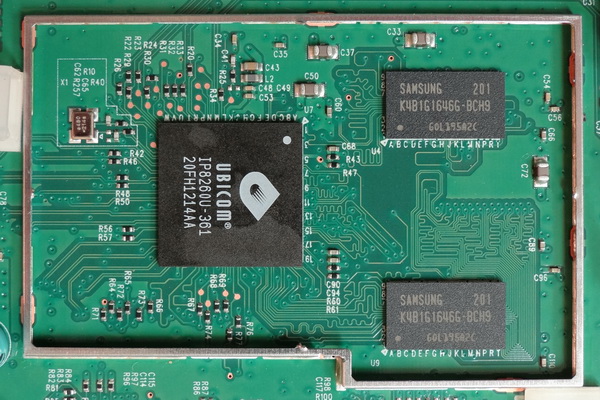 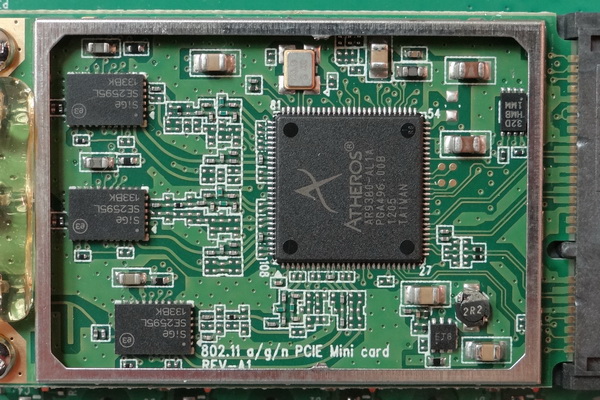 Now for the meat and potatoes. With the shield removed we see the Atheros AR9380 triple-stream 802.11n, configured to drive triple channels as evidenced by the three RF switches (left). This module drives the 5GHz antenna array. Three radios + three antennas = 3×3 configuration capable of 450Mbps. 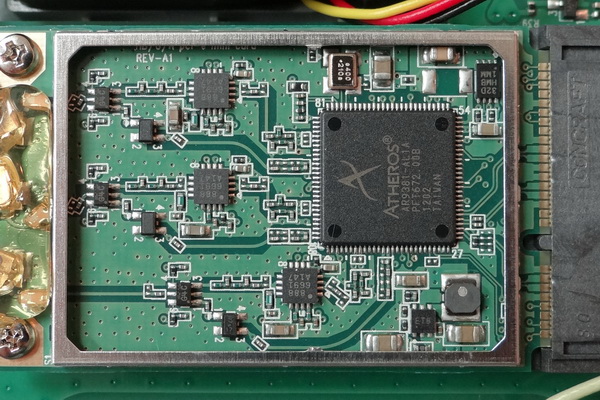 Here is the other Atheros, this one labeled AR9381. I couldn’t find a specific product page for this model, but it appears to be a 9380 variant that is not capable of 5GHz, which would make sense given its connection to the 2.4GHz array. Again, three more radios and three more antennas making up another 3×3 configuration on the 2.4GHz side. This link also maxes out at a theoretical 450Mbps. 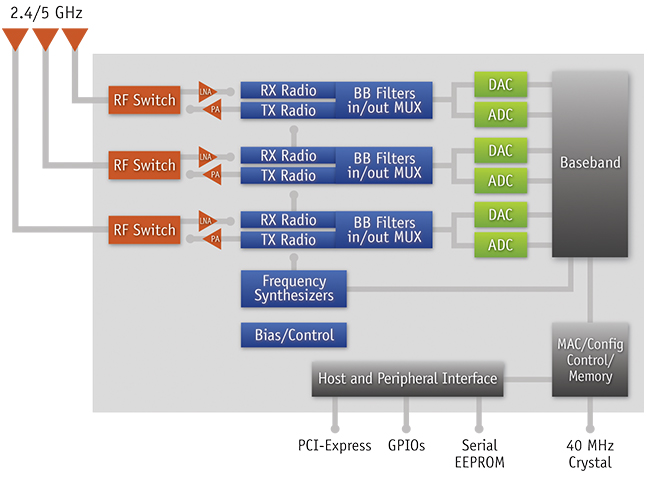 What essentially happens here is that multiple radios simultaneously transmit and receive over multiple antennas. More radios and antennas mean more bandwidth. A great blog post from the folks over at Intel detail those differences quite nicely. The short story is that if you want the greatest mainstream capability at the time of this writing, you want dual band with 3×3 arrays, which the N900 can deliver. 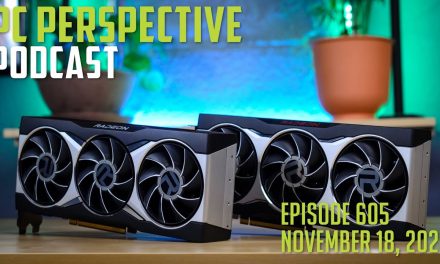 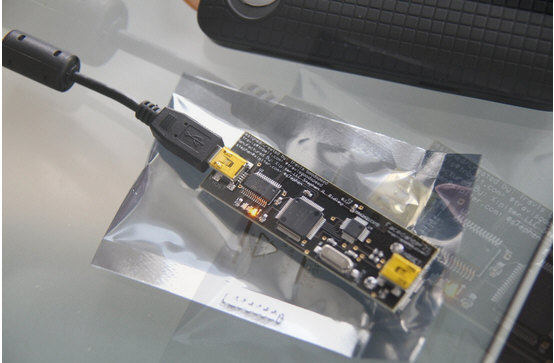