One of the more popular CableCARD tuners, and the one I ended up choosing, is the SiliconDust HDHomeRun Prime HDHR3-CC. For $200, I got a shiny box with the tuner, a coax cable, Ethernet cable, power adapter, install CD, and quick start guide inside. 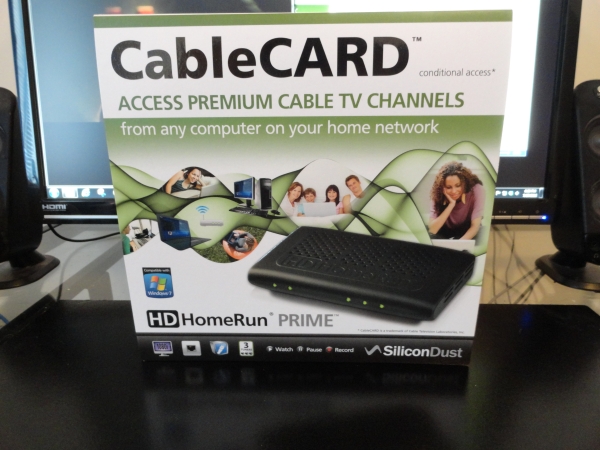 The tuner itself is a matte black design with plenty of circular ventilation holes on the bottom and top to keep the components cooled. The HDHomeRun logo is etched into the top of the case, but otherwise it is a fairly simple design. The front of the networked tuner has five green LEDs that indicate power and CableCARD status on the left and three LEDS on the right that indicate which of the three total tuners are currently in use. 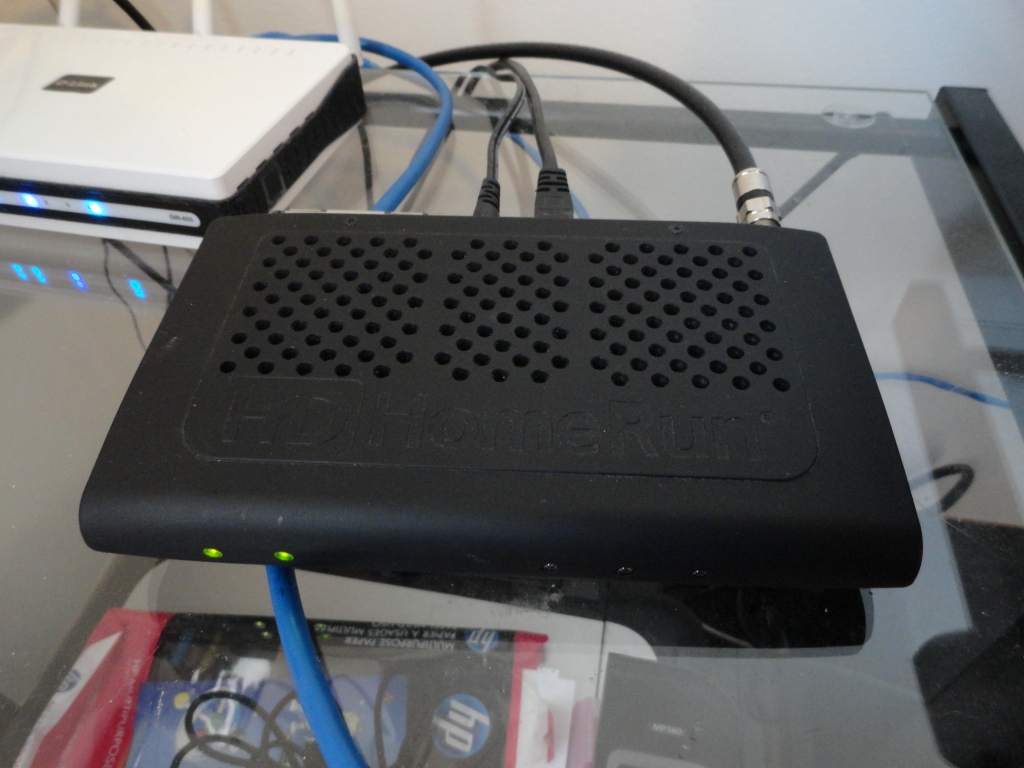 The back of the tuner holds the various ports needed to get this thing connected to the network. When looking at the back (front facing away from you), from left to right is the coaxial cable input, SDV port, Gigabit Ethernet port, power jack, and the CableCARD slot. 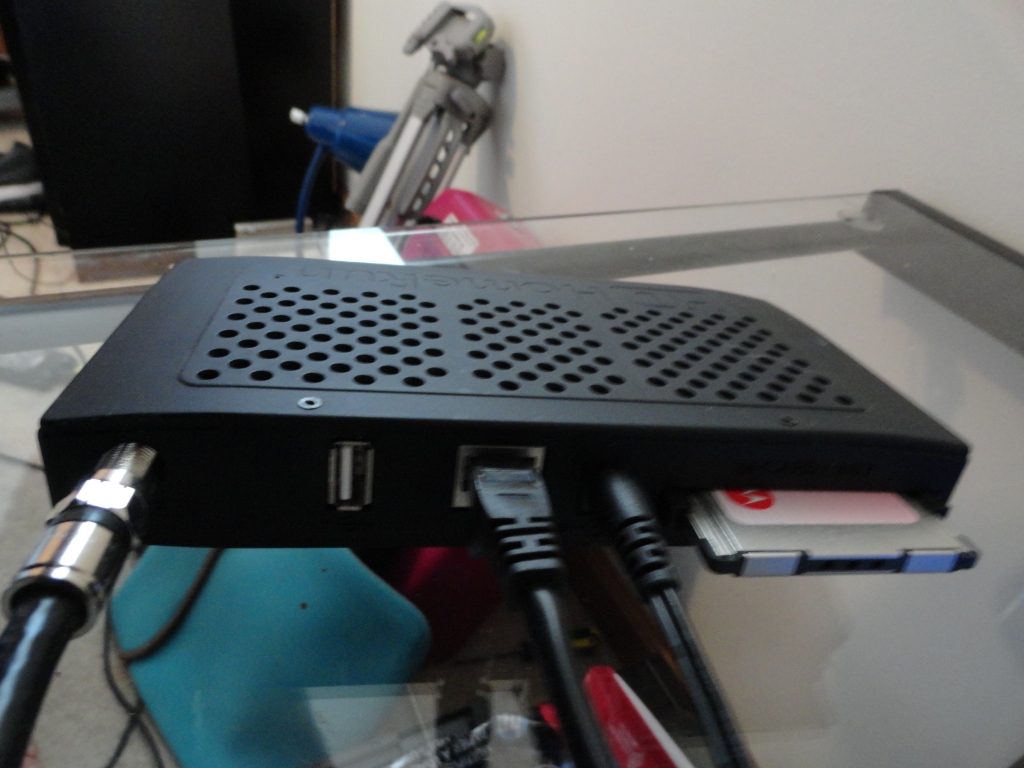 I think most of those ports are self-explanatory, but SDV may need a quick explanation. Although it resembles a USB port, you cannot actually plug in USB devices and have them work. Rather, it is a little adapter that communicates with the cable network to request channels from the cable company. You see, SDV stands for Switched Digital Video and is a technology that some cable television operators use to deliver more channels using less bandwidth. In a traditional cable setup, all of the channels are constantly being delivered over coax to all the homes in the neighborhood whether anyone is watching that TV channel or not. On the other hand, SDV only delivers channels that at least one house is watching. This frees up a great deal of bandwidth since it is very unlikely that every house would be tuning into (and thus requesting) every channel the cable company offered. This “extra” bandwidth can then be used to supplement available internet bandwidth, for example. 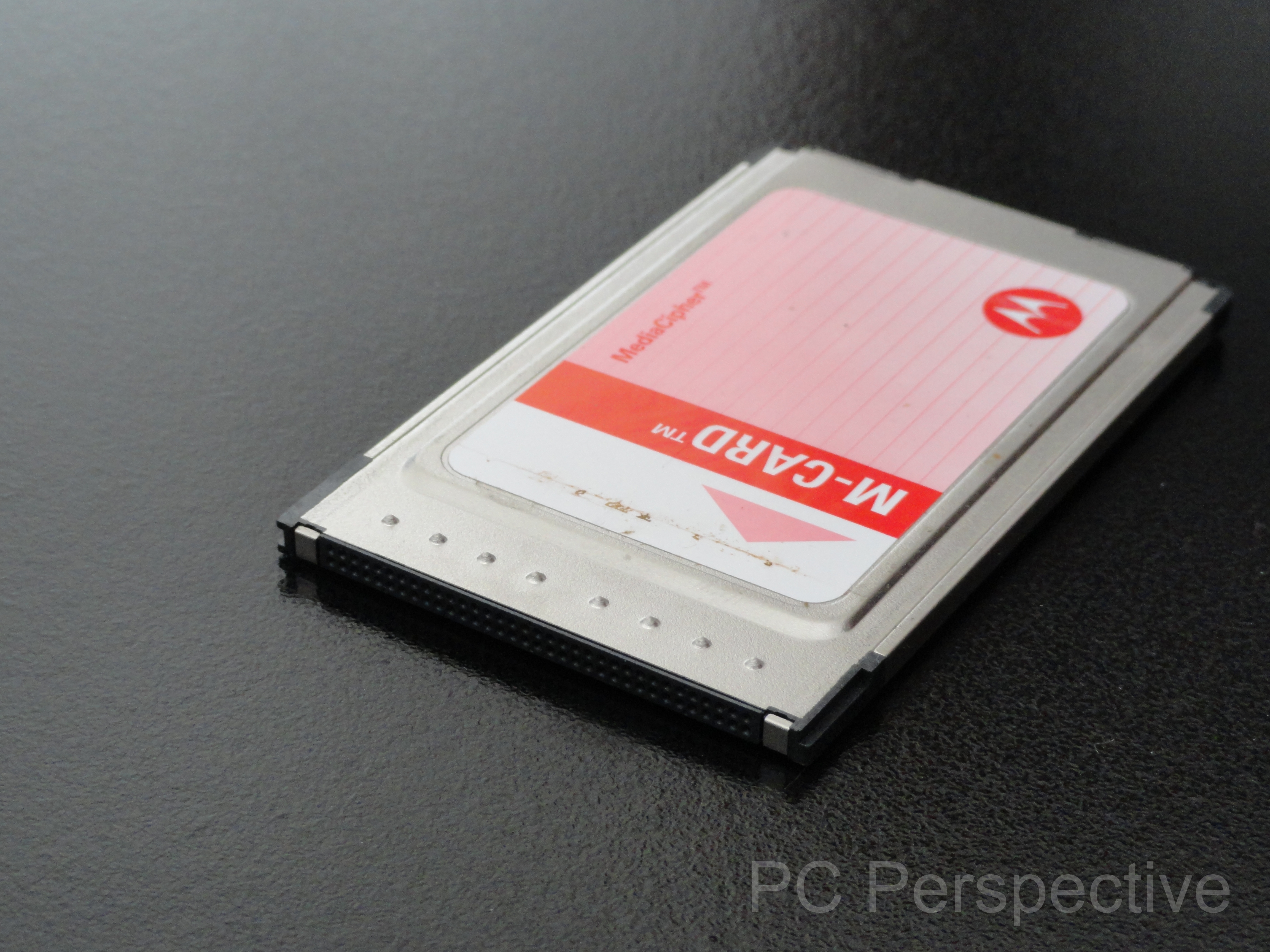 Installation is fairly straightforward. You insert the CableCARD then connect it to an active coax outlet, power, and the network.  You then download a small piece of software from SiliconDust (I’d advise not using the CD as it is rather outdated at this point) and install it on your PC. Once installed and configured using the utility’s step-by-step guide, the tuners will show up as available when you go into your media center software. In my case, I used Windows Media Center. After the CableCARD was activated, I went through the TV setup wizard and was in business. It may sound complicated, but it was surprisingly easy as the guides walk you through all the necessary steps.

Build quality feels really good. Although made of plastic, the case doesn’t flex much (not that you would be doing that to it anyway, right?) and it seems like it could survive a good-sized drop without issue. Even better, it looks like Amazon is now selling it for $149 while the Ceton InfiniTV 4 card is still $199 making it a bit easier to deal with the loss of a fourth tuner should you go with the HDHomeRun Prime instead.

You can see more photos of the device and packaging below. If you have any questions and/or suggestions on what you would like to see covered as far as HTPC tech, let us know in the comments below!

What tuners are you using to watch and record cable TV? Do you rely on WMC or have you had success with a Linux-based solution? 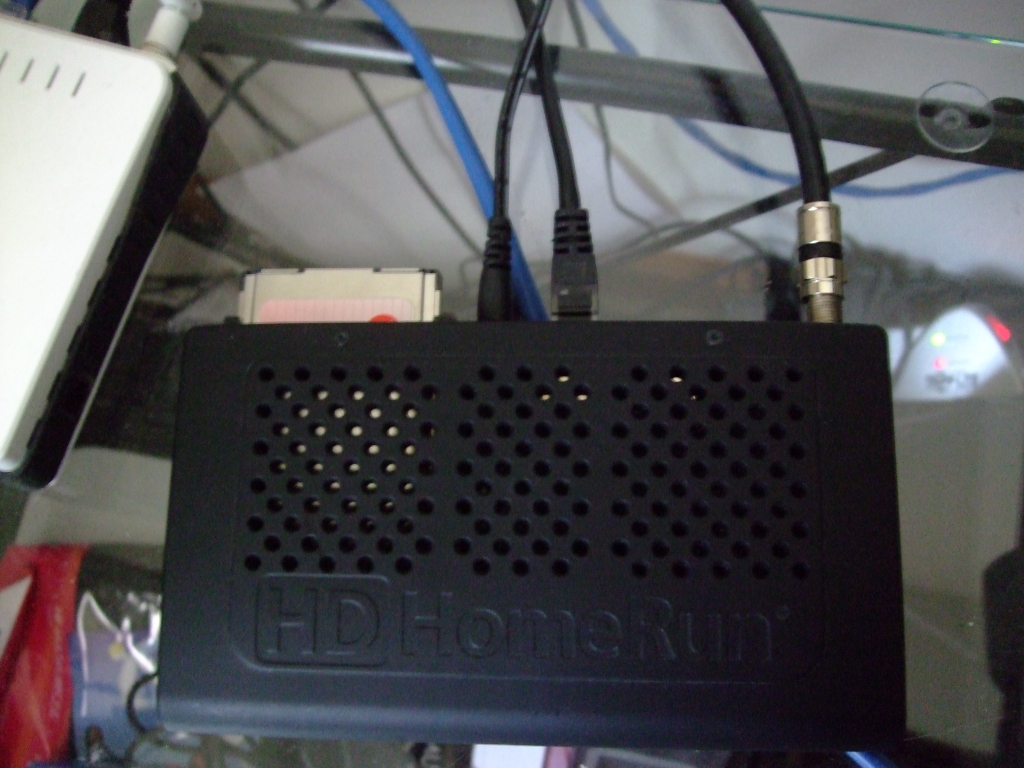 Additional photos of the HDHR3-CC box 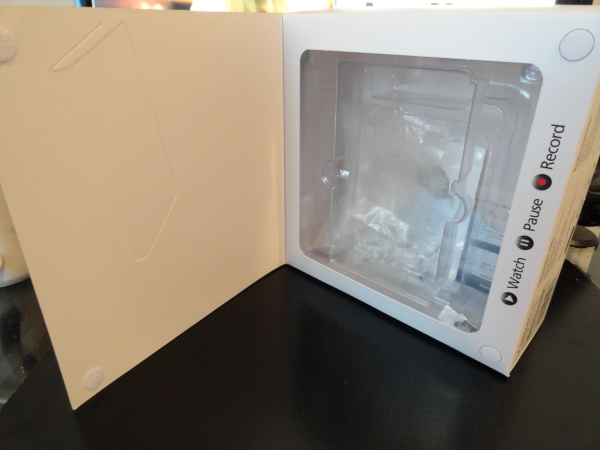 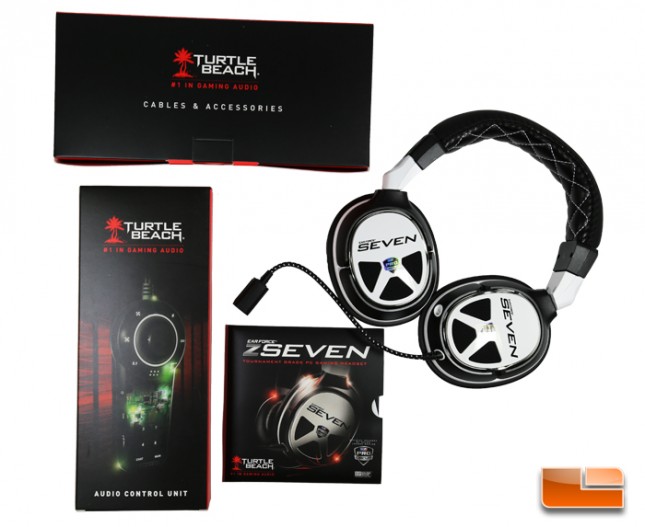