Introduction: A Closer Look at the Hardware 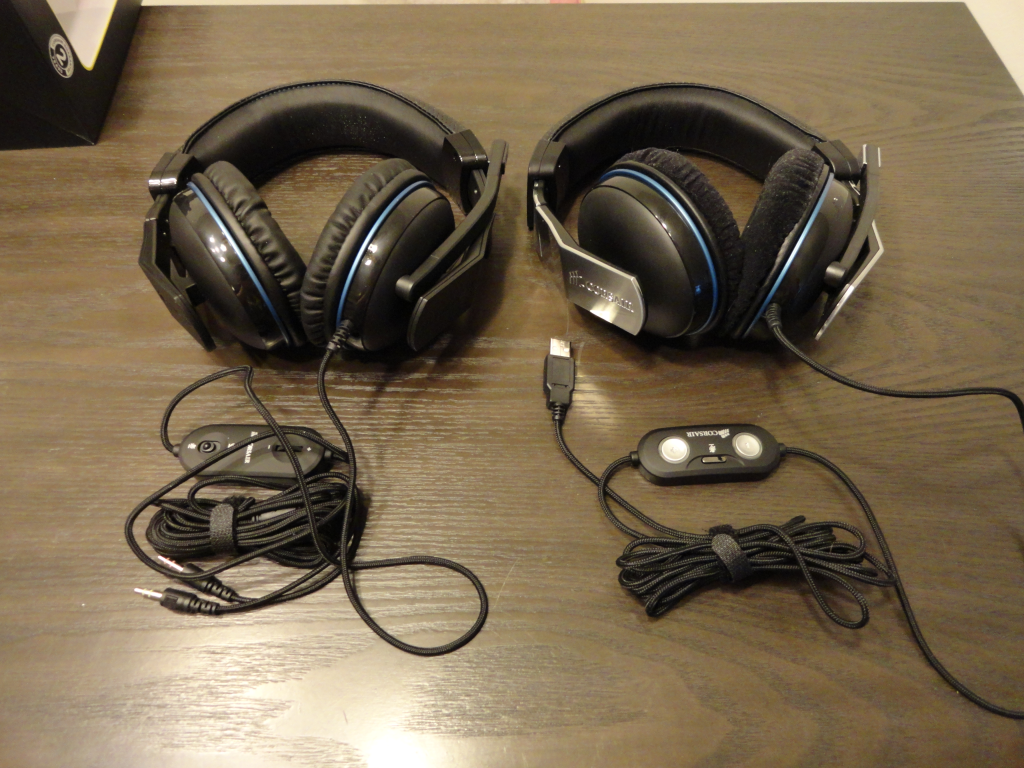 The Corsair Vengeance 1300 is an analog, circumaural stereo headset made for gaming.  What this entails is a pair of headphones and a unidirectional, noise canceling microphone that both connect to a computer's sound card by way of two standard 3.5mm audio jacks.  The headphone aspect will work with most any device that employs a 3.5mm audio output connection, including MP3 players and cell phones; however, it will work best when paired with a dedicated sound card.  Even better, it does not need to be an expensive audiophile level sound card to sound good, any sound card that is able to remove itself from the interference of the motherboard, processor, and other internals will always help in the sound quality department.  That is not to say that integrated audio need not apply, only that the Vengeance 1300 is rather flexible in what audio hardware it will work well with; it will be happy on either sound card set up.  In my case (heh), I only have integrated audio which is the situation that many budget gamers find themselves in.  On-motherboard audio has come a long way in the past few years and with Windows Vista's hardware audio utilization by DirectX fiasco (though there are workarounds like OpenAL), many gamers including myself have opted to emphasize a better GPU while using integrated audio rather than making room in the budget for a dedicated X-Fi card and mucking with workarounds.  More on the sound quality can be found in the audio testing section. 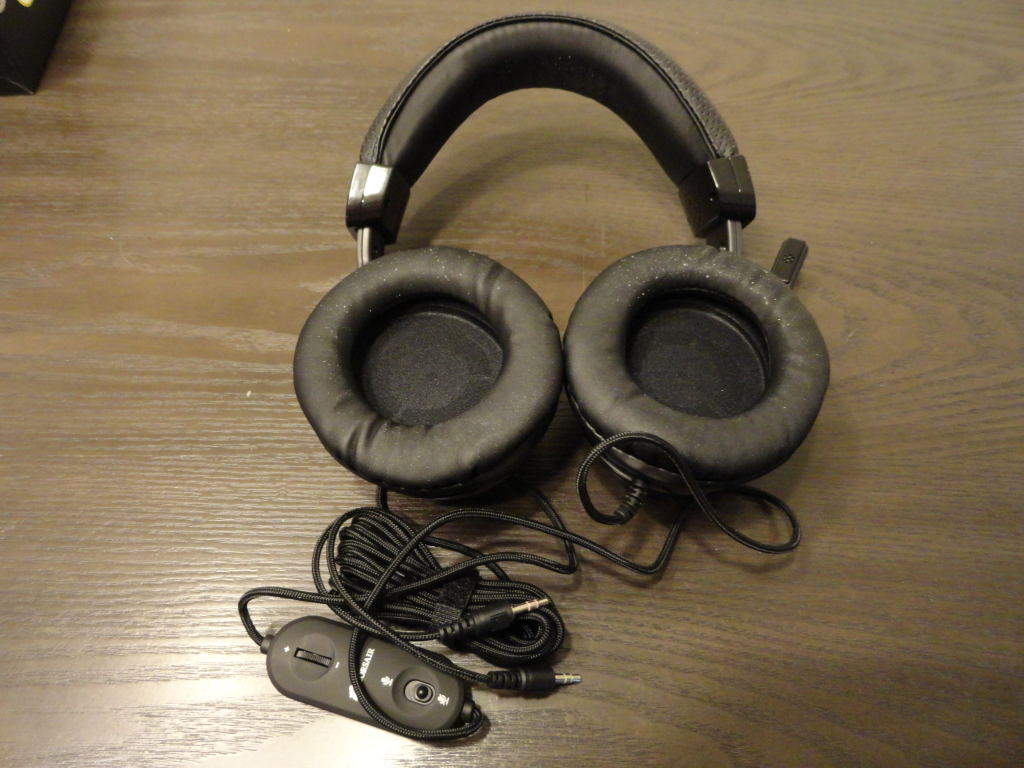 The majority of the headset is constructed from plastic; however, there is plenty of padding along the headband and around the ear cups.  The padding around the ear cups is made of memory foam and covered up with synthetic leather.  This foam padding and leather cover is also used for the headband along the top of the headset covering up the connecting band between the two ear cups.  On the top of the headset is a mesh patterned material; however, the bottom (the part that actually cushions your head) is solid like the ear cups.  You can see this in the photos as well.  Attached to the left ear cup is the boom microphone that can be raised or lowered to get the best angle and sound quality.  From the up/closed position next to the headband, the mic is able to be rotated about 130 degrees downwards.  The microphone (case) itself is also made of plastic.

Also attached to the left ear is the audio cable which extends a bit more than a foot to a control pod, pictured below.  The control pod is made from the same matte black plastic and has an analog volume knob and a microphone mute switch.  From there, the cable extends about another 2.7 meters to two 3.5mm jacks. 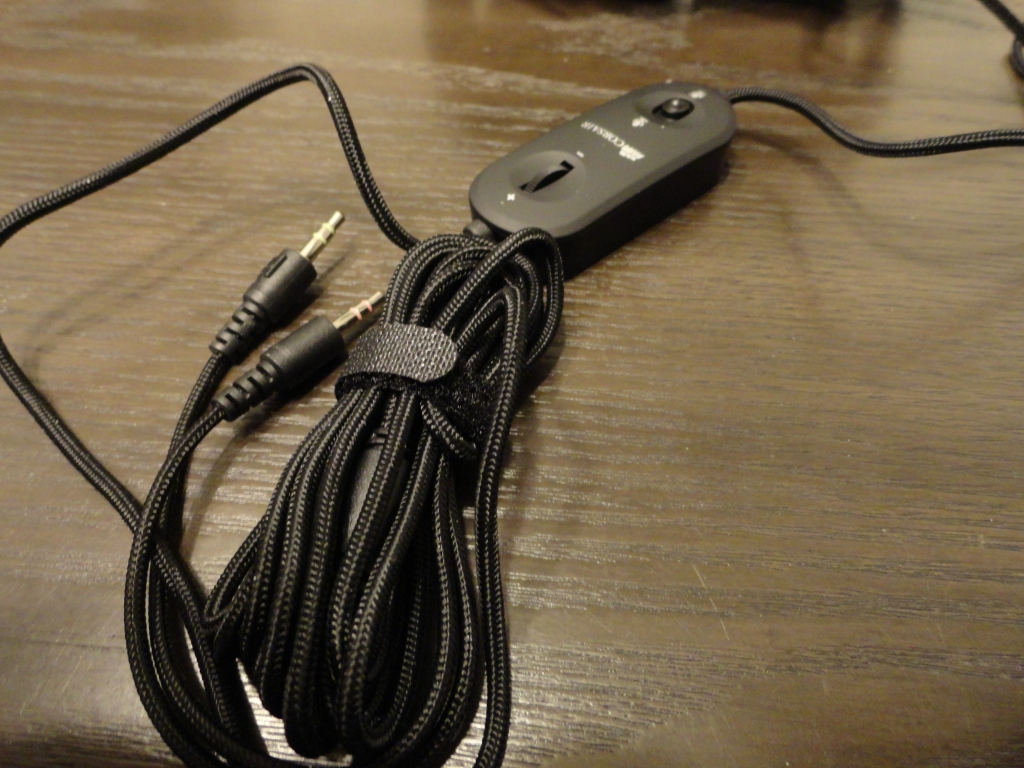 Further, the inline control pod has a rubberized cover and a white Corsair logo on the front (in the middle between volume and mic switch).  The pod itself is very lightweight such that I did not feel as though the headset and cable were weighted down by it.  Even when wearing over long periods, the control pod weight was minimal.  The volume and mute controls were firm and held up well over repeated use during the past few weeks of heavy testing.

Because the headset is mostly plastic, it feels very lightweight (more on that in the ergonomics section).  The blue accent around the ear cups and etched Corsair name and logo is a nice touch.  They further added a bit of shiny black plastic around the microphone tip and the ends of the headband padding to compliment the matte black that covers most of the 1300. 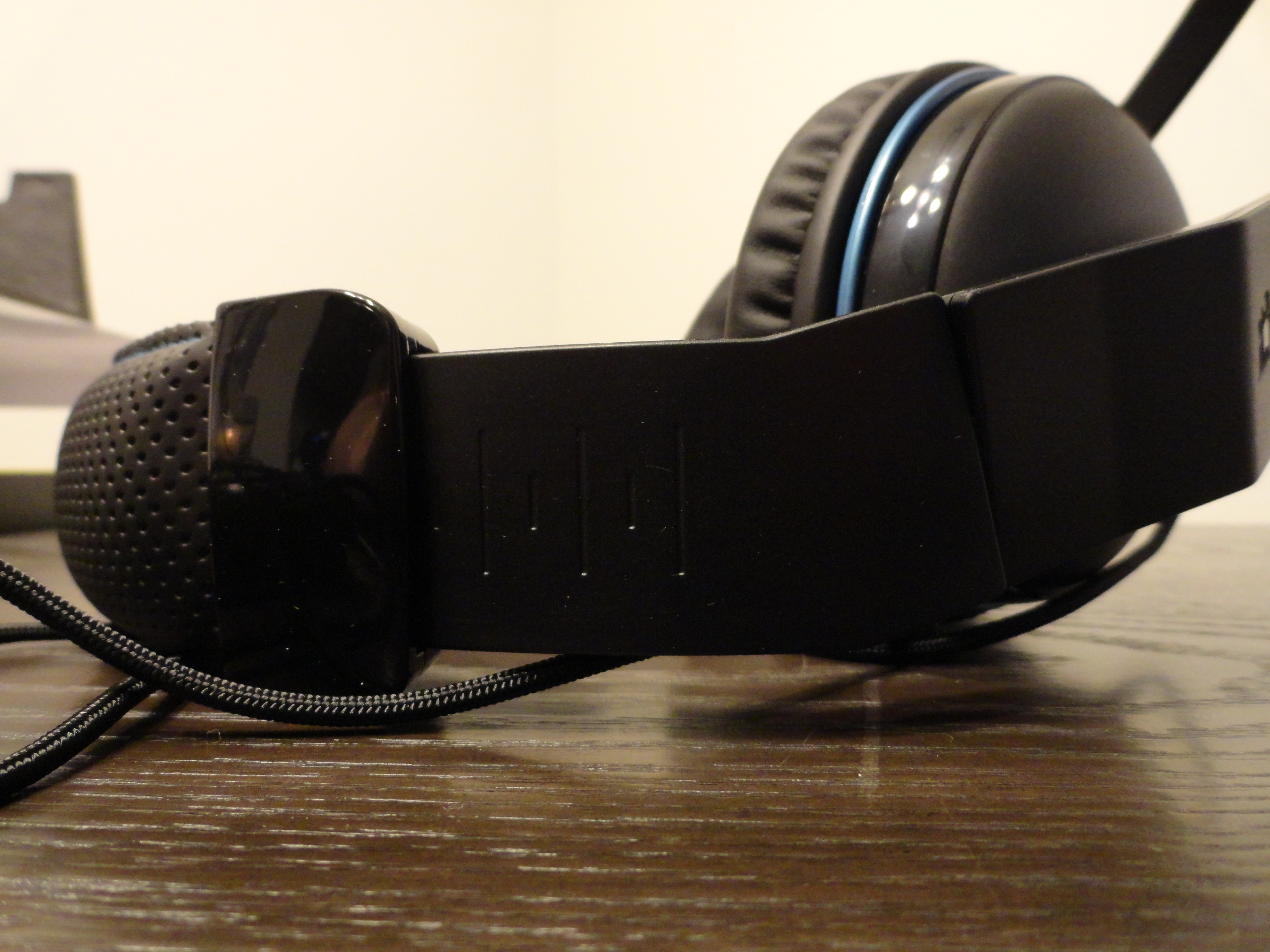 As provided by Corsair, the hardware specifications are as follows. 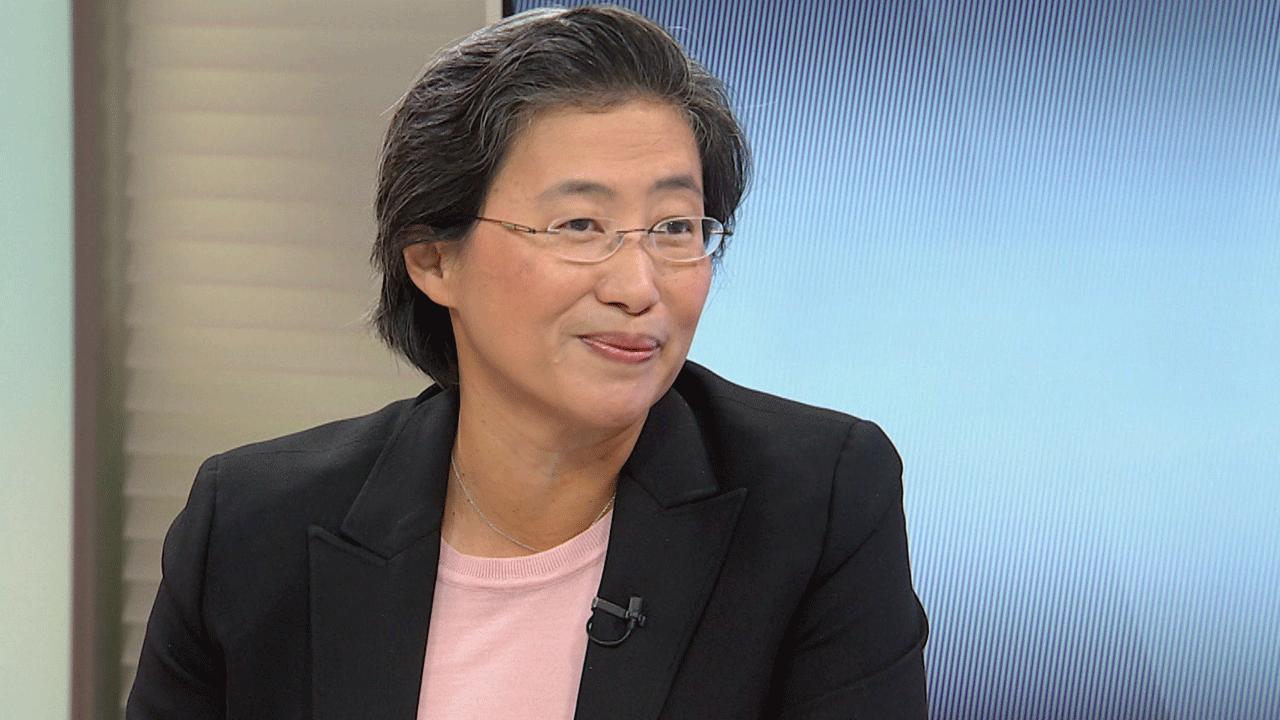 It’s a good day to be on an AMD kernel 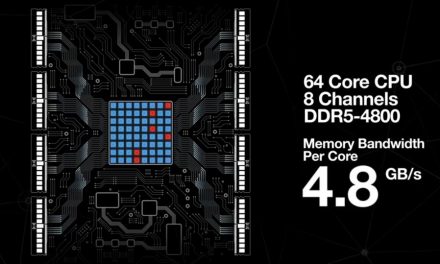