For the gaming tests, I ran through a number of games and compared the audio quality of the two Vengeance headsets and the baseline SteelSeries Siberia. I further compared the Vengeance 1500 to itself with and without the surround sound effects turned on to see how well it delivered positional audio. Because the Vengeance headsets are being marketed specifically as gaming headsets, if they are going to do one thing well it should be delivering good sound performance in games.  The major things I looked for included accurate sound production, clear vocals, and believable positional audio in the case of the Vengeance 1500 headset. 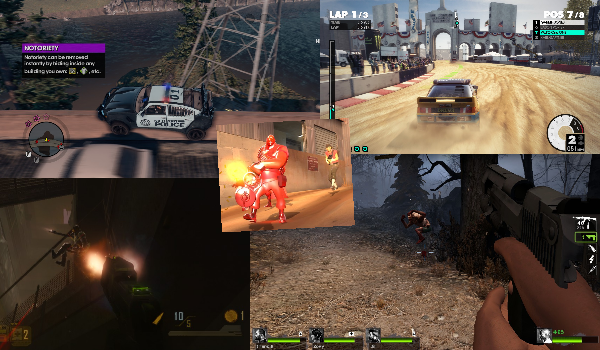 First up is the rally racing simulator Dirt 3.  This racing game sees you throwing your car around turns in snow, ice, dirt, and even a bit of asphalt, and should be a good test of how well the Corsair headsets enable immersion as the engines roar.  In the chart below, you can see my comparisons and initial impressions followed by my conclusion for how each performed at Dirt 3.

Conclusion:  In stereo performance, the Vengeance 1300 took top marks with clear audio.  The Vengeance 1500 did okay in stereo but really excelled when used in virtual speaker mode.  Compared to the baseline, I would rank- from best to worst- the headsets as follows: Vengeance 1500 (7.1), Vengeance 1300, and the SteelSeries bringing up the rear with good lows but background and effects that were not quite as clean.

The successor to the original F.E.A.R. and a fun (if a bit spooky) first person shooter (FPS) that puts you in the boots of Sgt. Michael Becket to shoot through mind controlled soldiers, be creeped out by Alma, and attempt to reach Paxton Fettel.

Conclusion:  I was unimpressed with the stereo performance of the two Corsair headsets as they just were not the sounds I was looking for and left me wanting more.  Fortunately, the 1500 brought its "A game" to the 7.1 Virtual Speaker Mode testing, and I was rather impressed.  In terms of ranking, the 1500 wins my respect for a strong surround sound showing.  The 1300, unfortunately, is beaten out by the reference SteelSeries set because although it hit the notes correctly, the bias seemed to be weighted to much towards the highs and did not make the gun-play as enjoyable.

The successor to the popular source engine powered zombie shooter and cooperative survival game, Left 4 Dead provided a good opportunity to test the headsets in a hectic environment where positional audio could keep me alive by allowing me to avoid special zombies like Smokers and Hunters.  Let's see how the Corsair headsets fared.

Conclusion:  While fans of low bass and loud deep weapon reports will want to mess with the equalizer to get more emphasis on the lows, the Corsair headsets generally did a good job with Left 4 Dead 2.  I had fun using them to play the game, and did not have any major complaints.  I can easily rank them with the Vengeance 1500 in surround sound mode at the top (best performer) and the Siberia bringing up the rear.  The Vengeance 1300 made a decent middle ground between the two headsets by delivering a good stereo experience.

Audio Settings: No user adjustable settings of relevance (to quality)

The ever crazy and super insane open world that gives you a smart missile firing drone weapon within the first 20 minutes of starting up the game (and only gets more epic from there) is just the kind of hollywood-esque blockbuster title that deserves good sound.  Let's see how well the new Corsair headsets perform.

Conclusion: The analog Vengeance 1300 wins this round with the best (clearest) sound, and the Siberia takes second place for those that love bass.  The Vengeance 1500's were not as well matched as the others with this particular title.

TF2 is a popular, and now Free-to-Play, multiplayer first person shooter that has cartoon like characters running around with guns while wearing hats, what is not to like? As one of the few multiplayer shooters that I play often, I knew it would be a good arena to test the two Corsair headsets.

I enjoyed playing TF2 with the Vengeance 1300's and they would be my choice in this round of testing for the number one spot.  The Vengeance 1500 headset was okay but the surround sound was less than ideal.  Still, the sound was clear in general so while not necessarily bad in stereo they weren't loud enough.  I'd like to say that the 1500 and Siberia headsets tie for second place, even if they are there for different strengths; however, if I had to choose my gut says to go with the Siberia for second place and the 1500s in a close third.

Let's tally up the results to see how the two Corsair headsets stack up to the competition.

If we tally up each column, we can see that the two Corsair Vengeance headsets handily beat the SteelSeries headset with 11 points versus 8 respectively. This chart does not tell the whole story; however, as it overstates the Vengeance 1500's performance in a way. Because the Vengeance 1500 has both a stereo mode and surround sound capabilities, it was able to eek out wins on certain titles due to the adaptive nature. For example, in FEAR 2, I thought the stereo mode was less than ideal; however, the surround sound aspects did work really well and "saved it", so to speak. It wasn't always the case, I just wanted to point out that the chart doesn't tell the whole story for those that skipped all the text and went straight for the "benchmark" chart (heh).

Also note that during my daily usage I ended up "testing" these headsets in a number of other games and thought they performed decently. I can't expect you guys to read through multiple pages as I iterate my experience with most of the games in my steam library; however, and I felt that the titles I did return to and look at listen to more extensively represented a good range of environments. As gaming headsets, in the end what matters is how they performed in games, and I found that, in general, they performed admirably. They aren't perfect, but they do a pretty darn good job of adding to a positive gaming experience.

Intel’s buying spree might continue, with Infineon being next 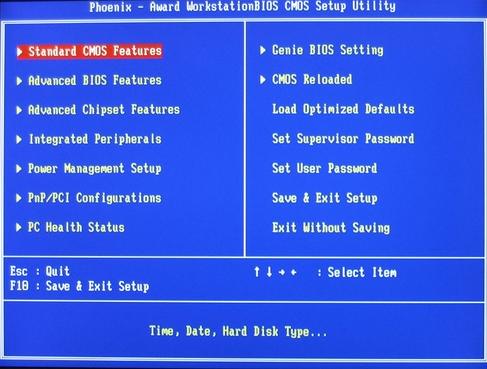 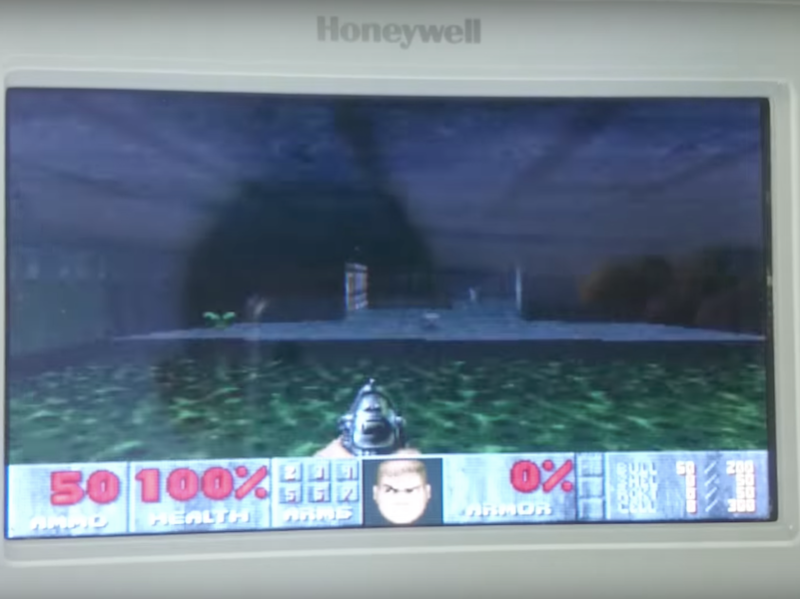 DOOM Guy gets hot and bothered