We have now tested the two Corsair Vengeance headsets with games and music audio, which only leaves movie and TV show performance in our testing lineup. The headsets performed decently in both gaming and music audio scenarios by delivering clean audio and good vocals. For movies, we'll be looking at aspects like vocals, bass, background noise, distortion, and overall clarity in a few specific titles. Among the titles, we'll be using a recent blu-ray video and several DVDs whose audio I know well. I also tested the headsets on several Netflix and Amazon Instant Videos to get a better idea of how they would perform in day to day usage. Let's dive right into the benchmarks and see how they stack up. 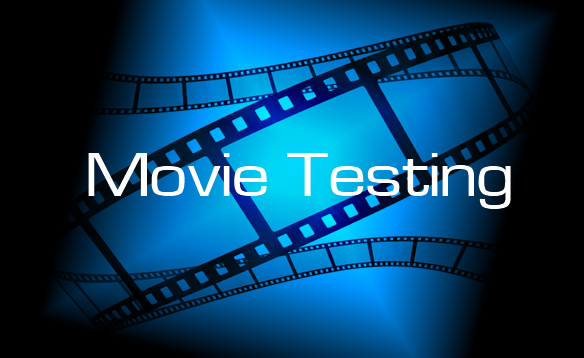 Conclusion: As far as the typical/expected Hollywood movie experience is concerned, I think the SteelSeries did the best job of making the audio have weight and the action feeling closer.  The explosions and rockets on the enemy drones had a lot of distortion in all of the headsets; however, it seems to be deliberate on the part of the movie as it was the same for all three headsets and my speaker system.  Aside from that weirdness, the Corsair headsets did a good job with vocals and delivering a balanced experience.  The SteelSeries was more biased, but this resulted in a more lively sound experience; therefore, it takes the top spot in this round.  The Vengeance 1500 sits somewhere in the middle of the pack, and the Vengeance 1300 comes in last.

Conclusion: Live Free or Die Hard may not be the best of the series but it is one that I’m very familiar with. The Vengeance series headsets did a good job of getting the sounds right and supporting the video with clear audio. The Vengeance 1500 did struggle a bit to keep pace with the others when in stereo mode, but managed to pull out a win when put into virtual surround sound mode. The 1500 definitely seems to be best when in surround sound mode. The 1500 followed by the Vengeance 1300 and then SteelSeries represent the ranking I think they fit into. The 1300 did pretty well in giving me clear audio and the SteelSeries was okay too. It is a rather busy movie and is best watched with a dedicated 5.1+ speaker system but the headsets gave a decent performance all around – I don’t have any major complaints.

Lord of the Rings:  Return of the King

Conclusion: While doing testing I noticed for the first time that it is rated PG-13 for “massive epic battle scenes” and it does deliver on that. The battle sequences and music were the main reasons for choosing this movie as the audio is impressive and can be hard for speakers and headsets to fully deliver. You really need a good 5.1 speaker system to appreciate it. Following that line of thinking, I wanted to see how well a headset could do. All in all I came away pleased. Not as good as a dedicated setup but still a good experience. The SteelSeries did okay but the two Vengeance headset had the clearest audio. The Vengeance 1300 in turn had the best non-surround sound audio. Finally, the Vengeance 1500 delivered the best audio when in 7.1 mode. My only major complaint is that the directional sound could be better. For virtual surround sound, it was pretty good but in some scenes the direction the audio was coming from seemed to be off slightly. Beyond that, I was impressed with how clear the audio was with the headsets, even picking up the background instruments in the music tracks.

Conclusion: Resident Evil is a very intense title, and the Vengeance headsets attacked it with, well, a vengeance. They really brought the film to life with clear and satisfying audio. This film was a late addition but a worthy one as it really shows off a situation where both the Corsair headsets did vastly better than the baseline. The SteelSeries was just okay. The big problem I had with it was that the bass seemed to overpower the rest of the range of sound that the Corsair cans picked up on. Surround sound did not help much due to the stereo source but the Vengeance 1500 still did a great job. The Vengeance 1300 did pretty well too, they are both rather close in stereo mode. The SteelSeries pulls up the rear with a need for improvement. I was rather surprised by the results of this as I thought I’d prefer the bass heavy nature of the Siberia. In the end though the clear audio and just enough bass of the Corsair cans won out.

Conclusion: The Vengeance 1300 did the best out of the three headsets by delivering the best experience. The USB-based 1500 was a bit too quiet in stereo mode and surround sound mode wasn’t very good – which is admittedly mostly the fault of the source DVD not having a better surround sound track. The SteelSeries cans where decent but I think I liked the other two more. Audio-wise I think they were close but the Vengeance cans were sharper and provided better noise isolation.

Underworld:  Rise of the Lycans

Conclusion: I was impressed with the performance of the Vengeance 1500 on this movie.  In stereo mode, the headset did well by delivering sharp vocals. When in surround sound mode; however, they really excelled. The surround sound worked great with this movie, and the spatial directions were fairly accurate. In one scene towards the beginning of the film, Lucian fires two bolts from his crossbow at once that split just miss hitting Sonya in the head. As the camera switches back to the perspective of the other main character (Sonya) I heard both bolts whiz by each ear. It was a nice multichannel sound effect that worked quite well. The 1300 gaming headset also did well, delivering a good experience with good bass and the closed ear design helped me feel more immersed. Finally, the SteelSeries did okay but versus the Corsair headsets I felt it was missing something.

If only for the sake of having a pretty chart where you can see all the results at a glance, let’s tally up the results into a single table.

In keeping with the ongoing ranking method, I assigned values to each “okay, good, and best” rank of one, two, and three points respectively. This does not tell the whole story, but should give you a very basic idea of how they stack up. For more details, you should look at the individual tests and their respective conclusions.

The graph brings up some interesting results, and its a bit different than what I had originally predicted. While I had expected the SteelSeries cans (my personal headset and the one I’m using to compare the Vengeance series to) to push past the Vengeance 1300, in fact the two Vengeance series headsets beat it out. The baseline headset was more punchy with the bass, and that helped it in some titles (mostly ones with lots of explosions, heh), in the end the Vengeance 1300 produced audio that felt sharper, or crisper if you will. Further, the Vengeance 1500 took a majority of the better rankings. Although it was not always as strong as the others in stereo mode, kicking it into the virtual surround sound mode took the audio to a level that the 2 channel audio headsets just could not match. I did not really expect it to make as big of a difference as it did, but the 7.1 virtual surround sound mode especially made the headset shine when used with multichannel audio sources!

The tests above are just a small sample of the media I tested the headsets with. In particular, I tested them with streaming services like Netflix, other DVDs and Blu-ray films, and even used them briefly to watch cable TV using Windows Media Center. While some of the HD TV channels had multichannel sources but they weren’t very good — more the fault of the cable company’s TV compression than the headsets themselves. In general, each of the headsets did a good job with that type of casual viewing. I did not feel it necessary to explicit test those kinds of sources as the results would have been more limited by the source than by the headsets. Rather, I used the best audio sources in movies and TV shows that I could find. That way, the headsets had the best chance possible to shine (or falter).

In the end, it comes down to the final conclusion on how the Vengeance headsets performed with movies and TV shows. Overall, I think they did a good job. Although they are, and continue to be, primarily gaming headsets the large 50mm drivers, decent noise isolation, and virtual surround sound mode (on the 1500 series) really helped them to hold their own in this category. They may not be as accurate as audiophiles would like, and they are certainly not as enjoyable as a dedicated surround sound speaker system (if only my apartment neighbors liked the same kind of movies as me… heh) but they still provide a sound experience with clear audio.

I will say that if your primarily going to be watching movies and TV shows, you would be better served by going for a set of headphones (ie a pair of cans without a mic). On the other hand, if you primarily game but enjoy watching movies every now and then, the Vengeance headsets (especially the 1500 thanks to surround sound modes) will do a fine job and should work well for the money.