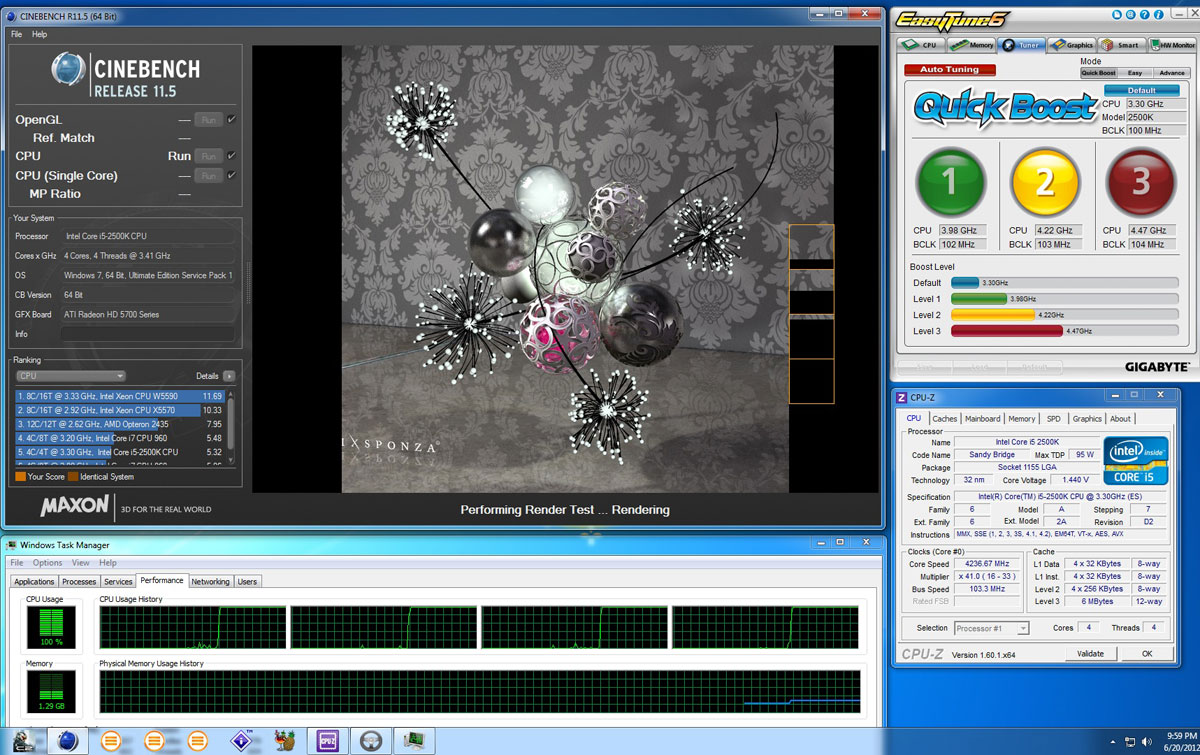 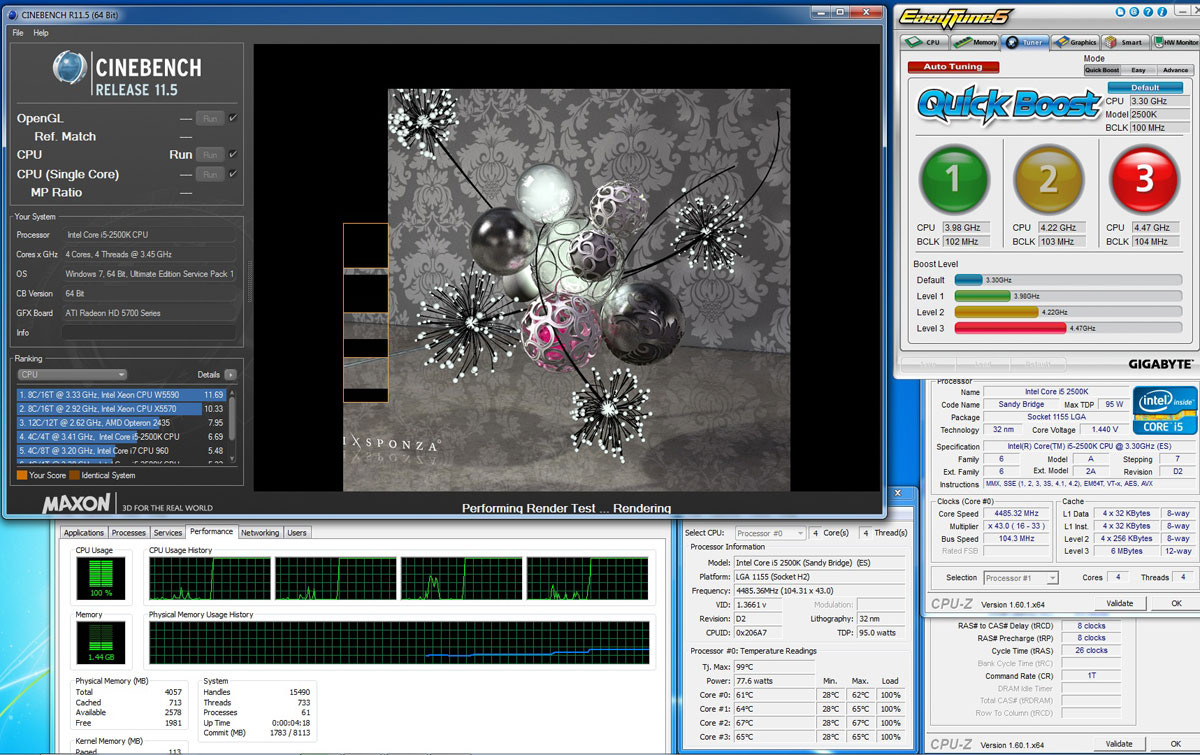 Most modern motherboards include numerous overclocking options for beginners and experienced users. The G1.Sniper M3 provides plenty of options for adjusting CPU and memory voltages, ratios/speeds, and timings. Their 3D BIOS is easy to use to tweak the processor to the user's exact specifications to get the best overclock possible. We opted to use Gigabyte's Easy Tune 6 technology first before moving on to manual overclocking.

To use this feature, we had enabled it in the 3D BIOS. Next, we opened the Easy Tune 6 application in Windows 7 and clicked on the three "quick boost mode" overclocking buttons that automatically overclocked our i5-2500K up to 3.98, 4.22, and 4.47GHz. We confirmed the results using CPU-Z and Cinebench 11.5, and noticed that this micro ATX board worked as advertised by automatically increasing the CPU multiplier and BCLK without adjusting the core voltage or memory timings. This is around a 13.6 percent increase in performance from the i5-2500K's stock speed of 3.3GHz. 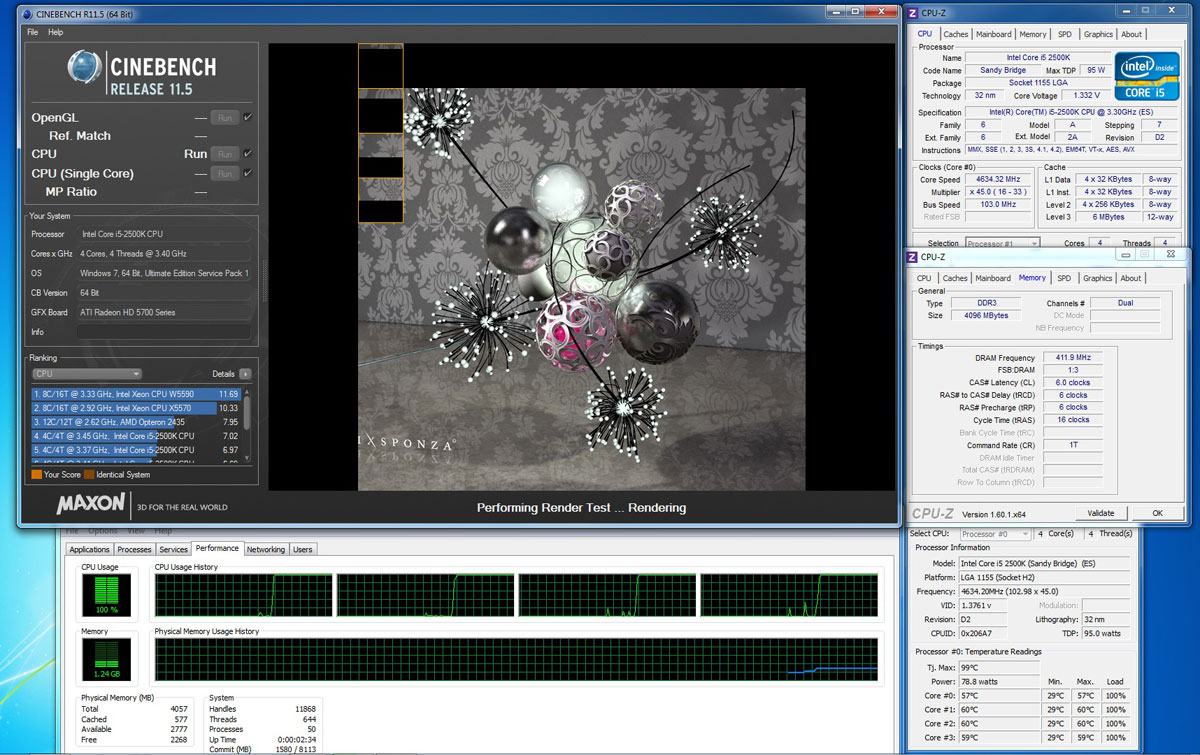 During the manual overclocking portion of our review, we went into Gigabyte's 3D BIOS and made the following changes under Advanced Mode before we started overclocking our i5-2500K processor using the i5-2500K 3.3Ghz processor:

After making the changes above in the 3D BIOS, I began incrementally increasing the CPU ratio to test how far the i5-2500K could go. I continued to increase the CPU ratio to 47x before I we had our first BSOD and system crash. After backing it down a bit, I started to increase the BCLK in 1MHz increments and encountered stability issues right away at 104MHz. I backed it down to 103MHz and was able to get a stable 4.634GHz overclock. This  is a 40.4 percent increase over the CPU's stock settings.