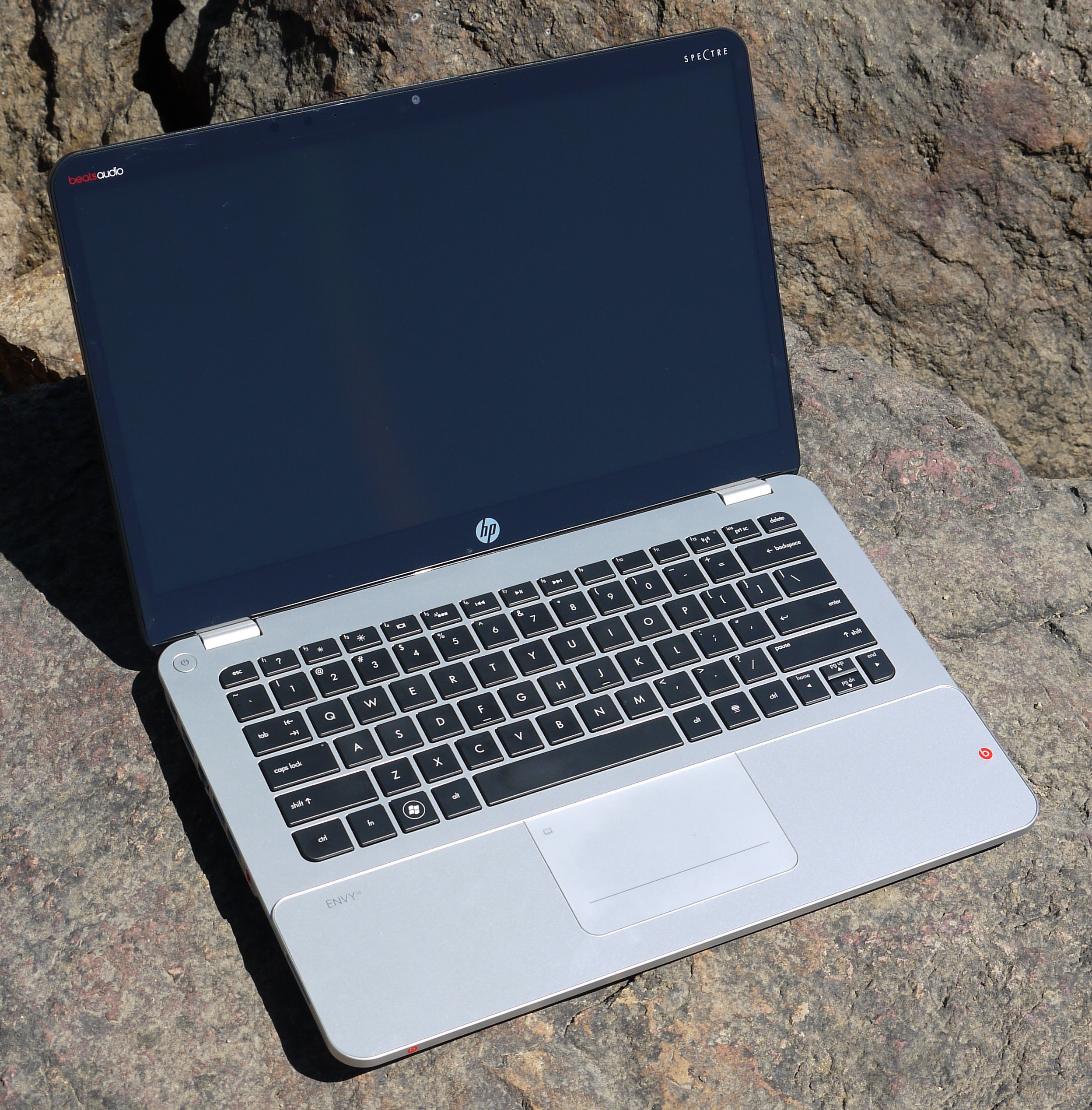 The Envy 14 Spectre is expensive, but beautiful

One of the most impressive laptops at CES 2012 was the HP Envy Spectre. It was a sleek, attractive laptop that seemed to indicate that HP was really starting to understand what the Envy brand could be about. It’s been a long time since a PC OEM was able to challenge Apple in the arena of design. The Spectre indicated that might change.
There more to any laptop than design, however. What had made Apple’s products popular is combination of design and functionality. Connectivity aside, the MacBooks are useful tools with big touchpads, nice keyboards and beautiful displays. Any PC alternative needs to compete on the same level.
And the HP Envy 14 Spectre is certainly a competitor. Its $1400 base price tag puts it well into MacBook territory. So what does that wad of dough buy you?
Continue reading our review of the HP Envy 14 Spectre notebook!! 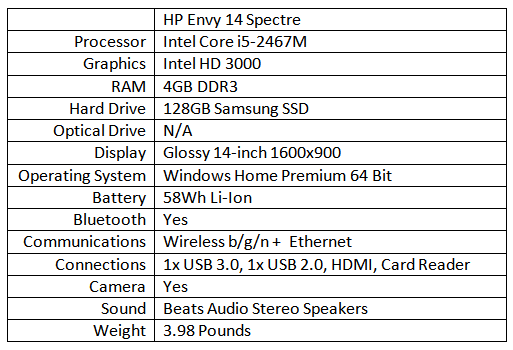 If you’re thinking “not much” I don’t blame you. While the newest model has an Ivy Bridge processor (instead of the older Sandy Bridge in our review unit) the specifications don’t become much more exciting with the new generation. This is, from a hardware perspective, a very standard ultrabook.
Because of this, and because this is not the model with the new Ivy Bridge processor, I’m not going to focus much on the performance story. The Spectre is laptop that be a success or failure based on what’s on the outside. Prepare for vanity, dear readers. In this case, it’s all that matters.
Design 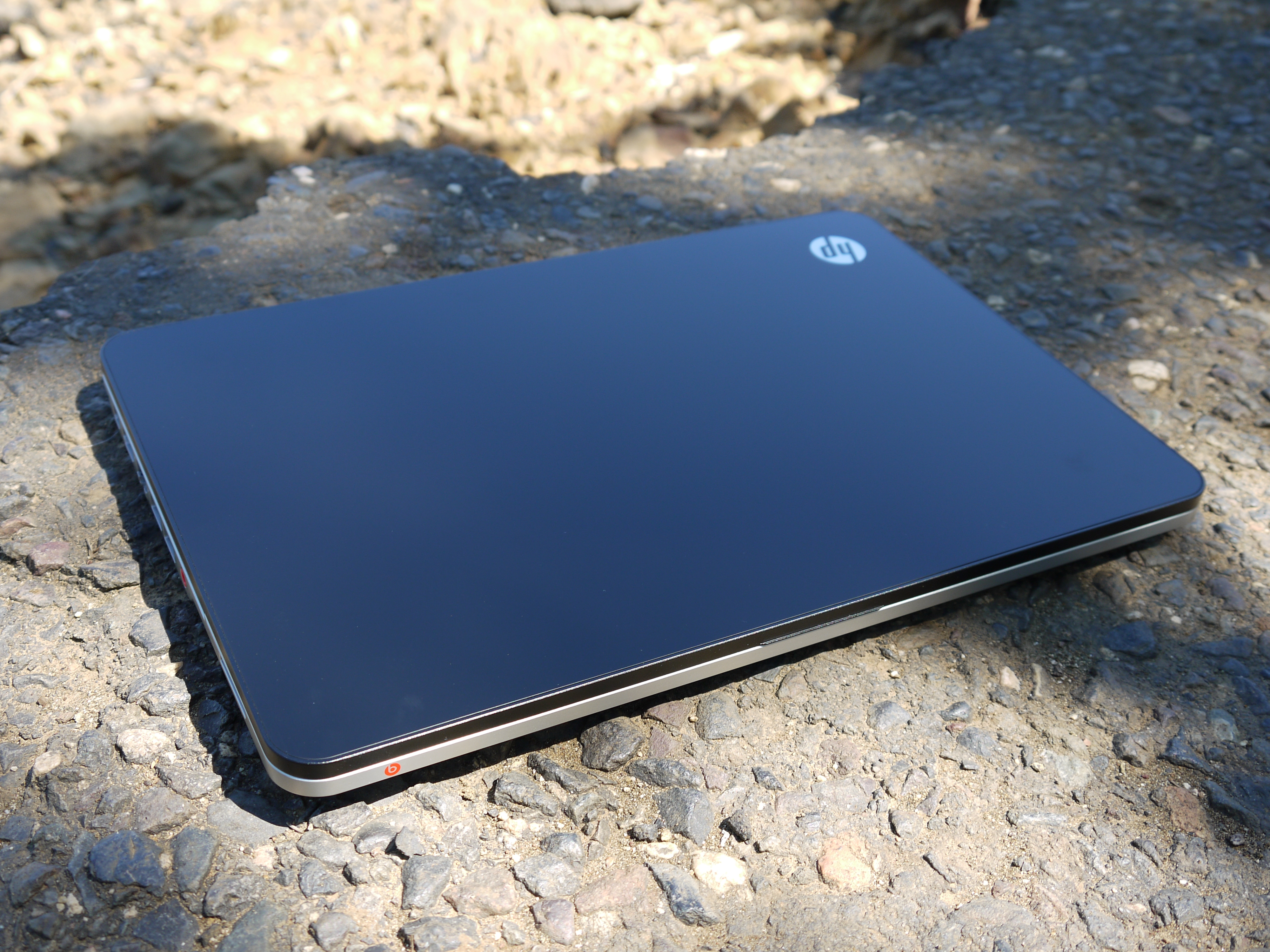 The HP Envy 14 Spectre makes a heck of a first impression. Its glossy black glass lid instantly separates it from any other laptop on the market. Oh, sure, there are other glossy black products out there, but they are made of plastic. Only a blind man won’t notice the difference between those imposters and the Spectre’s ebony sheen.
Opening the laptop reveals a matte silver finish paired with a glossy silver palmrest that’s coated in the same glass finish as the exterior. From this angle the Envy starts to lose some of its mystery. Premium laptops have had silver metallic interiors for years. The addition of some glass along the palmrest is like trying to spice up mashed potatoes by throwing in a dash of salt. It’s just not enough.
Like so many HP products the Envy is adorned with Beats branding in the form of an analog volume knob on the lower right side of the laptop. The knob itself couldn’t be cooler, but it’s paired with one of the laptop’s silliest features – a glowing red Beats Audio logo that never turns off, not even when you turn off the keyboard’s backlight. 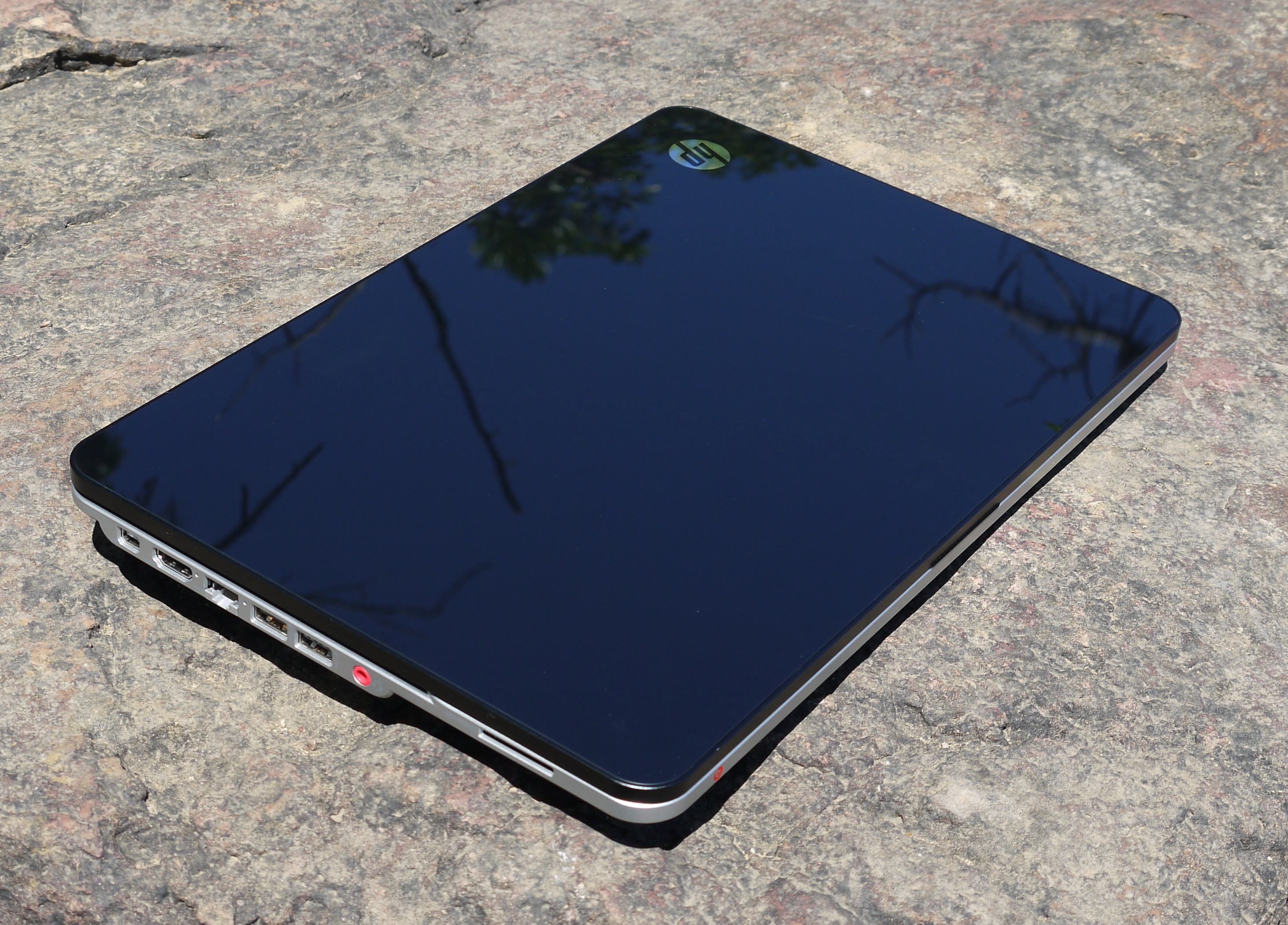 The glowing Beat’s Audio logo may seem like a strange feature to focus on, but it’s an example of how HP – and PC manufacturers as a whole – don’t “get” design. They are still stuck in this strange place where design is merely an aesthetic idea and not a part of function. Why does the Spectre have a glowing red Beats Audio logo? Because it looks cool – for ten minutes. After that it’s distracting and annoying.
Still, while I’m not sold on the design of the Envy, I’m certainly sold on the build quality. The unveiling of this laptop and its glass features lead to a predictable peanut gallery response of “oh, it’s glass, won’t it be fragile?” These are, I imagine, the same kind of people who think antique cars are the pinnacle of safety because “I’d rather be driving a tin can than Tupperware.”
Glass can of course be durable. The Spectre proves that point. While most other laptops of similar size feel sloppy or loose this laptop feels robust. That goes double for the thick lid, which feels as sturdy as anything this side of a ThinkPad. It is possible to find alterantives made of similarly stern stuff – the Dell XPS 13z and HP Folio 13 and MacBook Air are at no disadvantage – but the Spectre is certainly sturdy.