Lenovo’s Y480 offers value but suffers from a few flaws

In the wilds of the laptop market, nestled between the hordes of 15.6” mainstream laptops and the slim ultraportables, there is an odd breed. The 14” multimedia laptop. Even describing them as such is limiting because each model seems to offer its own take on the concept. Some are nearly as thin and light as laptops with much smaller displays while others are bulky powerhouses hidden behind a façade of portability.

Lenovo has long been a proponent of the 14-incher in actions if not words. IdeaPads of this size have also been common, usually gracing Lenovo’s website as a smaller alternative to a 15.6” laptop with a similar model name.

So what’s powering this new mid-size laptop? Let’s have a look. 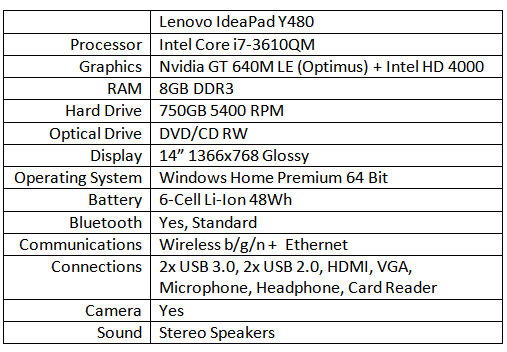 Not bad, huh? The Y480 is formidable on paper despite its 14-inch display. And get this – our review unit is not a high-end model. Nope. It’s a basic, no-frills version that sells for $949 on Lenovo’s website at this time.  You can spend a lot more if you’d like, but there’s not much point. All models are similarly equipped and the upgrades obtained for additional coin only impact components such as the hard drive and optical drive.

The Y480 is the first affordable Ivy Bridge laptop we’ve had a chance to look at (excluding the Ivy Bridge ultrabook, which was a reference platform and thus not for sale). So what does it offer? Let’s have a look. 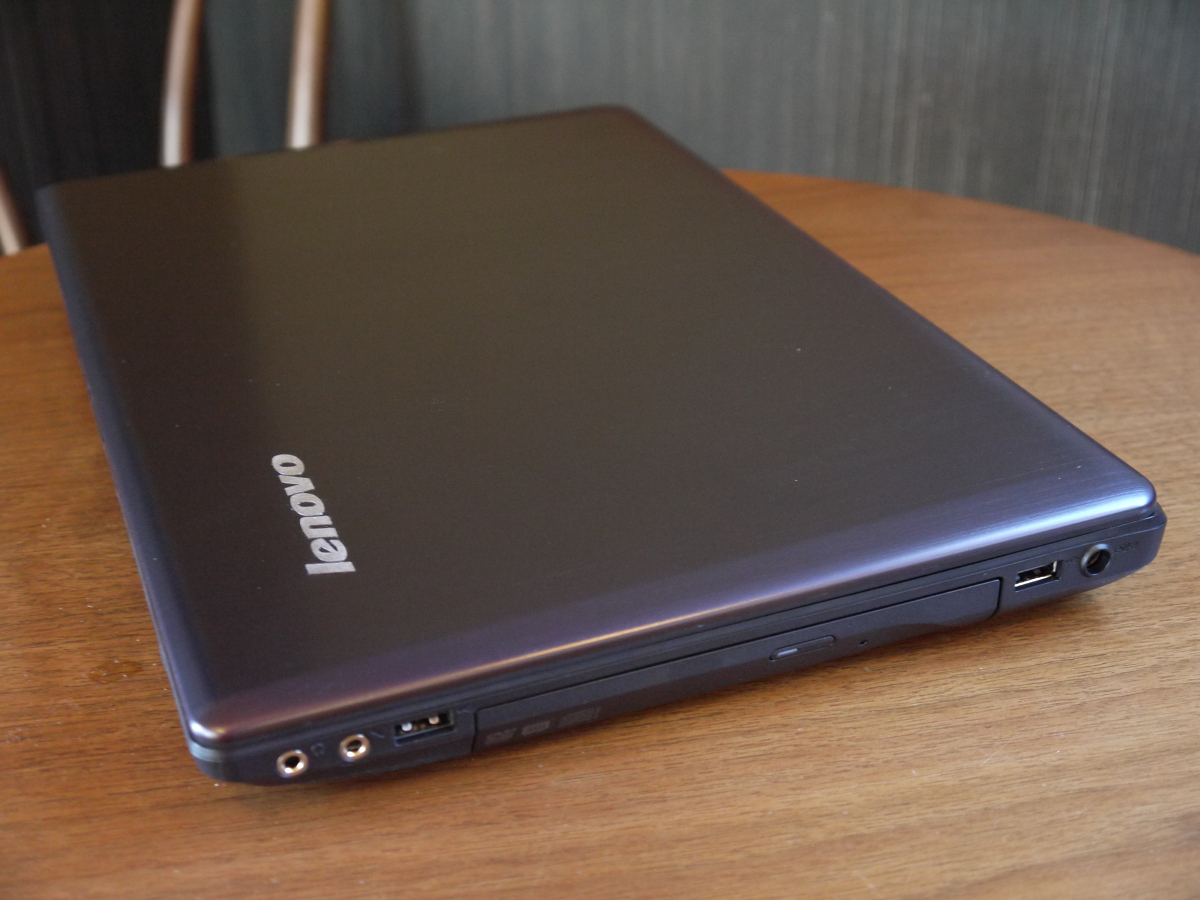 Lenovo’s design language for its consumer laptops over the last few years has usually been semi-professional, though the company will occasionally let its hair down by offering some color options. Most IdeaPads come with black or gray paint jobs, a brushed aluminum finish on at least one surface and a bit of chrome trim to add zest.

The Y480 is no exception. Its dark gray-black brushed aluminum lid could be attached to a laptop from almost any manufacturer without looking out of place, but at least it’s attractive overall. The same can be said for the interior, which is also outfitted in black and gray. Chrome highlights the speakers and the power button has an eye-catching LED that gives the laptop a classy feel. 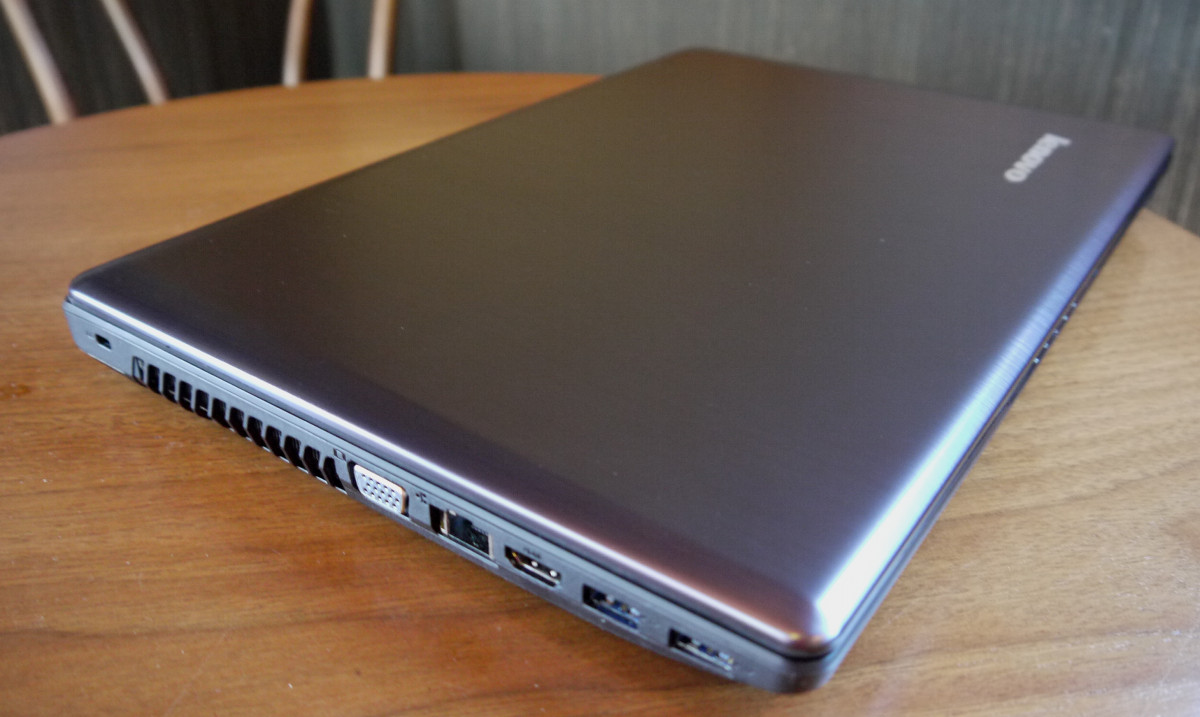 Build quality is good enough – and no better. All of the immediate touch points, like the display lid, the palmrest and the keyboard, have a reassuring solidary. If you go looking for issues you’ll find them, however. The display hinges are a bit loose, which allows the display to jostle when typing on a less-than-stable surface. You’ll also discover noticeable chassis flex below the optical drive. Neither issue is a durability concern, but both make the laptop feel like it was built to a budget.

Connectivity comes courtesy of two USB 3.0 ports, two USB 2.0 ports, HDMI, VGA and individual microphone/headphone jacks. It’s all reasonably well laid and accessible. The USB 2.0 ports placed on either side of the optical drive will be a liability if they’re in use when you want to insert a disc, however.