Is the new ThinkPad keyboard a sin or savor?

Change is hard. The Internet, for all of its talk about openness and cultural advancement, seems to have crystalized this more than any other form of communication. If something popular is changed, for better or worse, it’s only a matter of time before the virtual pitchforks are brought out.
Laptop manufacturers usually dodge this bullet because they change designs before they have a chance to gain a following. It’s hard for fans to become mad about a new design if the old one wasn’t used long enough to create an expectation. But there’s always been on exception – Lenovo’s ThinkPad.
Though this line of matte-black business laptops has been expanded over the years with the ThinkPad Edge the core of the line-up has remained stubbornly similar. The ThinkPad T420 I reviewed earlier this year was strikingly similar to the T42 that I owned in college. Yes, the display’s aspect ratio had changed, but the keyboard, trackpointer and overall design aesthetic was familiar.
I wasn’t surprised to see Lenovo’s announcement that it would be changing the keyboard on its new ThinkPad laptops send waves through the enthusiast community. Now Lenovo has sent the X230, one of the re-designed models, and I can see if this change is blasphemy or a new revelation.
Oh, and the hardware’s different, as well. Ivy Bridge, blah blah blah, Intel HD 4000, blah blah blah. You’re likely familiar with this tune – but you may be surprised to hear it played on an instrument this small.
Continue reading our review of the Lenovo ThinkPad X230 Ivy Bridge Notebook!! 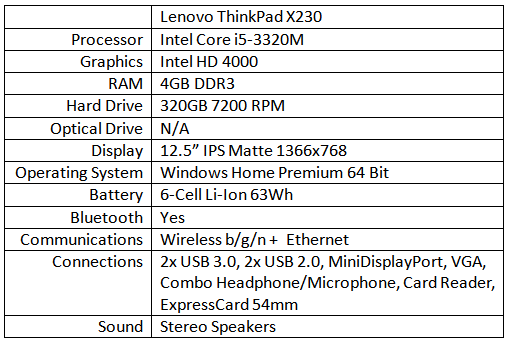 The X230 may be small, but it does not use an Intel low-voltage process. Instead, this tiny wonder uses the same Core i5 you’d find in any other standard laptop. It’ll be interesting to see how this ultraportable performs relative to the Ivy Bridge reference ultrabook.
Design 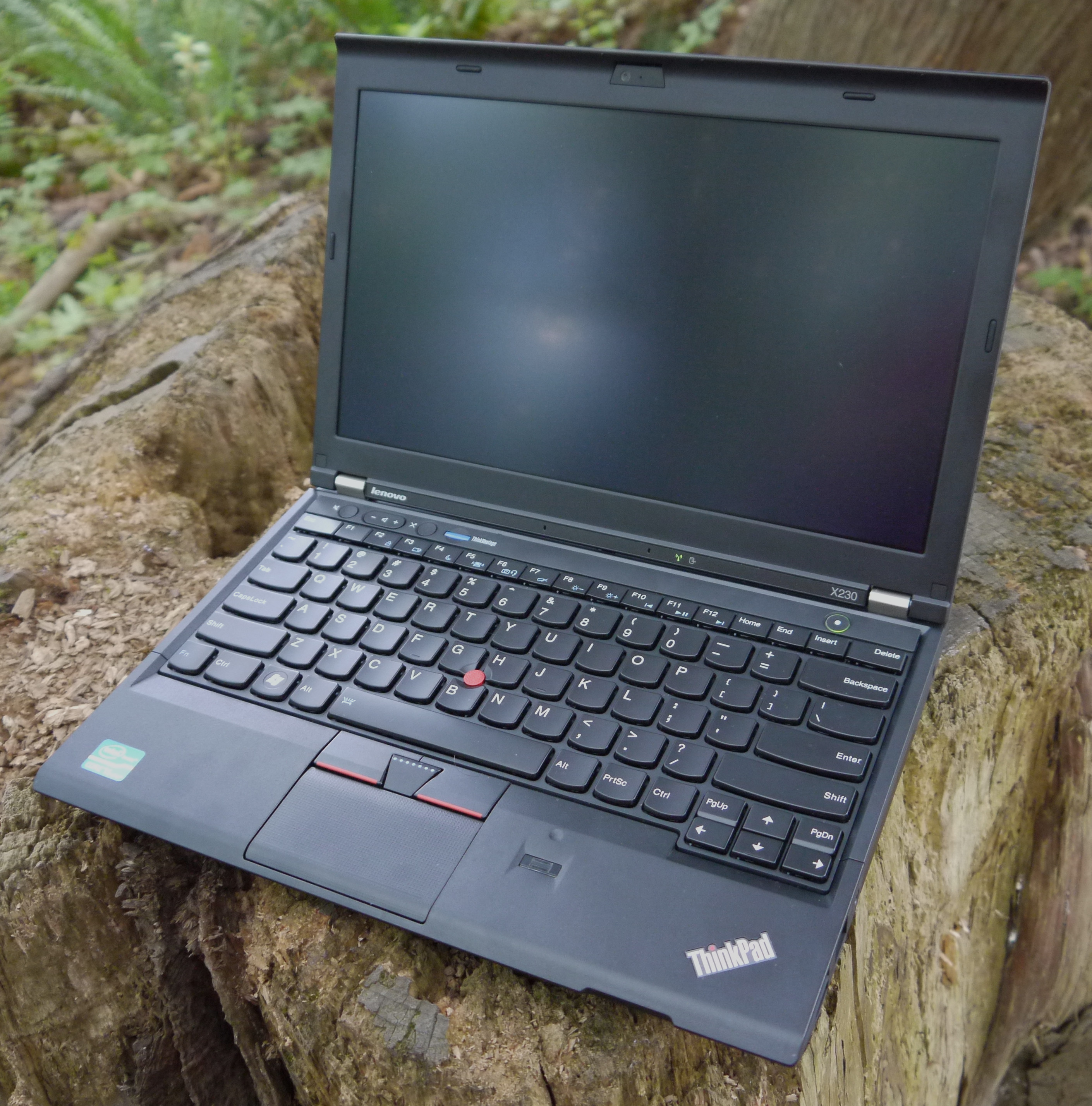 Lenovo may have changed the keyboard but, in all other respects, the X230 is not a departure from traditional ThinkPad aesthetics. It’s a matte black slab with no ornamentation besides a small chrome Lenovo logo on the lid and another small matte-silver ThinkPad logo opposite.
Though smaller and lighter than most laptops on the market, including many ultrabooks, the X230 does not take part in the thin-wedge fad that has taken over the market. It’s a blocky piece of kit that’s about as thick at the front as at the rear, though the first inch of the chassis does taper slightly to provide the user’s hand a place to grip the laptop when it’s laying on a flat surface. Even the standard six-cell battery, which we received with our review unit, bulges slightly from the bottom of the laptop. The larger nine-cell also extends from the rear.
I was somewhat disappointed to find that the X230 does not include a latch (the T420 did) but the X220 also lacked this feature. This minor quibble aside, build quality is what users have come to expect from the brand. The chassis does not flex, the display is among the most rigid available and the hinges keep the display firmly in whatever position you place it (which also makes the laptop hard to open with one hand).

Connectivity includes two USB 2.0 ports, two USB 3.0 ports, MiniDisplayPort, VGA and both card reader and ExpressCard slots. This is an excellent array of options for a laptop of this size. 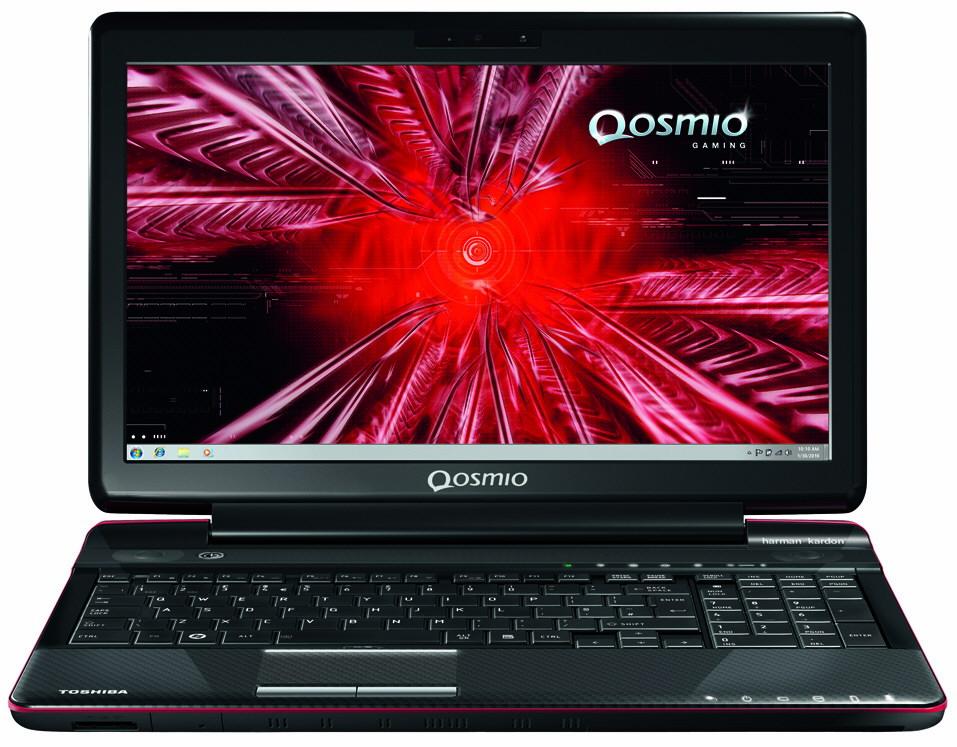 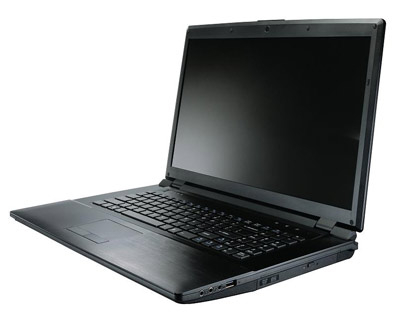