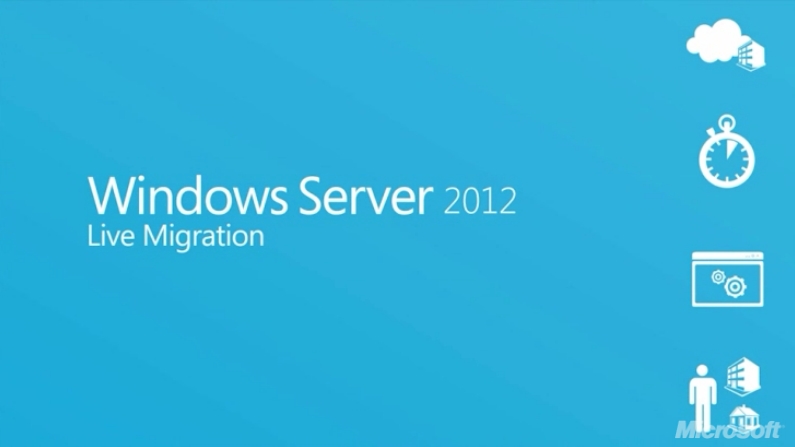 Earlier this week we covered the pricing for Microsoft’s upcoming Windows 8 consumer-grade operating system. Now, the company has released pricing information for the enterprise side of things, mainly for its non-OEM SKUs of Windows Server 2012. With Server 2012, Microsoft has simplified its lineup with four versions – one of which is only for OEMs.

Live Migration will allow virtualized storage to be moved in and out of server instances in real time without restarts.

The three versions that businesses can purchase and install themselves includes Datacenter, Standard, and Essentials. The lowest-tier version is called Foundation and will the version that comes pre-installed from OEMs. The Datacenter version has the most features and is the most lenient on the licensing by allowing businesses the full Windows Server 2012 functionality as well as unlimited virtual server instances. You’ll have to pay for those features, however as the Datacenter SKU is priced at $4,809. On the low end is Essentials which strips out licensed use of virtual instances of Server 2012 and also limites the number of user accounts that can access the server to 25. It will cost $425, which isn’t terribly expensive but is obviously aimed at small businesses. Interestingly, Microsoft states that Essentials has a simplified interface that is “pre-configured” for running cloud services. In the middle of those two extremes is Windows Server 2012 Standard which will run $882 USD and allows two virtualized instances as well as the full Windows Server functionality.

While Microsoft has not released pricing for its OEM-only Foundation version, they have announced that it will be limited to a max of 15 user accounts and no virtualization rights. The table below details the above information in a simplified table, courtesy Microsoft.

Interestingly, Windows Home Server is missing from the above list, and it looks like that is not a mistake. Microsoft has stated in its licensing FAQ (PDF) that it expects home and small business users to move to the Essentials ($425) version for their home server needs. Not exactly the answer that many users are going to want to hear. For those not wanting to spend that much, Microsoft is keeping Windows Home Server 2011 alive until the end of next year (12-31-13), and you will be able to buy Home Server 2011 in an OEM machine until 2025. Fortunately, a system builder version of Windows Home Server 2011 can be found for around $50 and it can support up to 10 users. On the other hand, it won’t have the neat Windows 8-based server features. It will be up to you to decide whether the $400+ price for Essentials is worth it for you home/small business needs.

Just as Microsoft has released a Consumer Preview version of Windows 8, you can download a Release Candidate of Windows Server 2012 to see what the new features are and if they are worth the money. More information on the pricing and various versions can be found here. What do you think of the new Windows Server SKUs?

The Stuff Dreams Are Made Of