Though we are coming up on a two year release date for this title, it still pushes modern cards to their limit (and beyond). I used the integrated benchmark with DX11/Ultra settings enabled with DOF off. AAA and 16X AF were enabled. 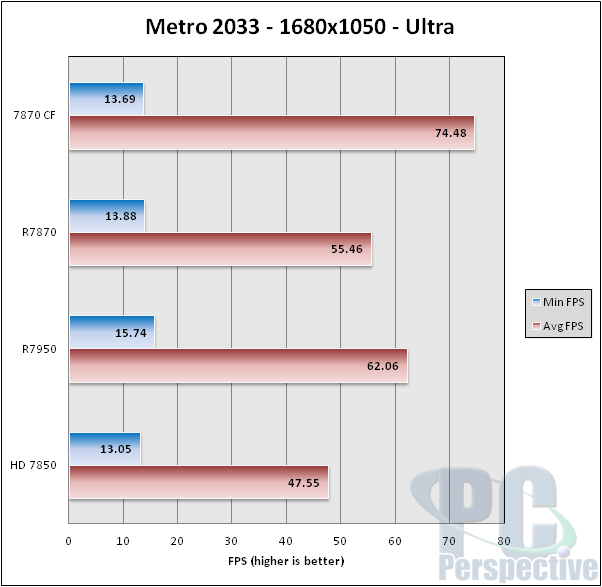 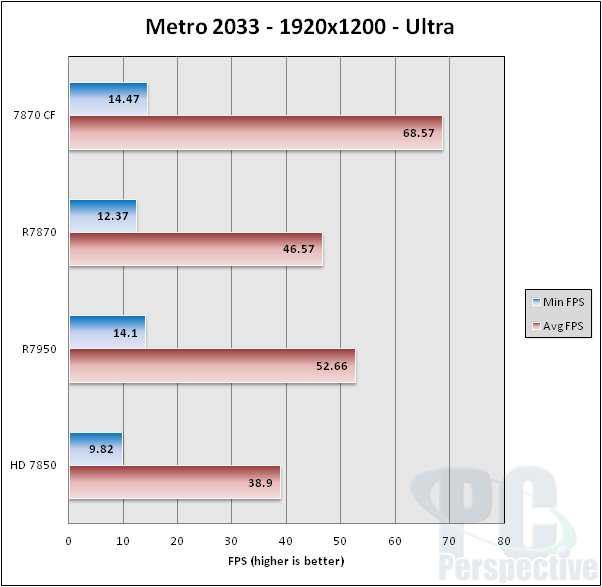 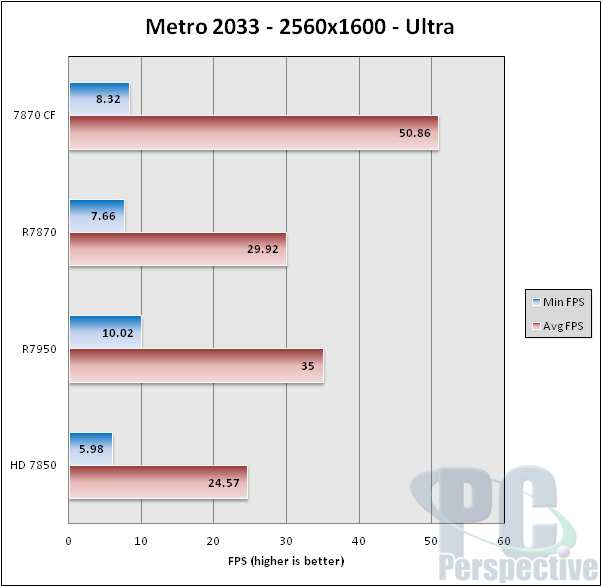 AMD has always done well in Metro 2033, which is interesting since it is a TWIMTBP title (think NVIDIA optimizations).  We do not see quite the scaling in this title when it comes to CrossFire, but at least the minimum framerates do not take a major hit as compared to the single card.  It is only at the highest resolution where we see CrossFire really take charge.  The single card 7850 and 7870 just do not have enough horsepower to play this game, and the R7950 only barely does.    This top resolution is the only real scenario which shows off the power of the CrossFire setup.