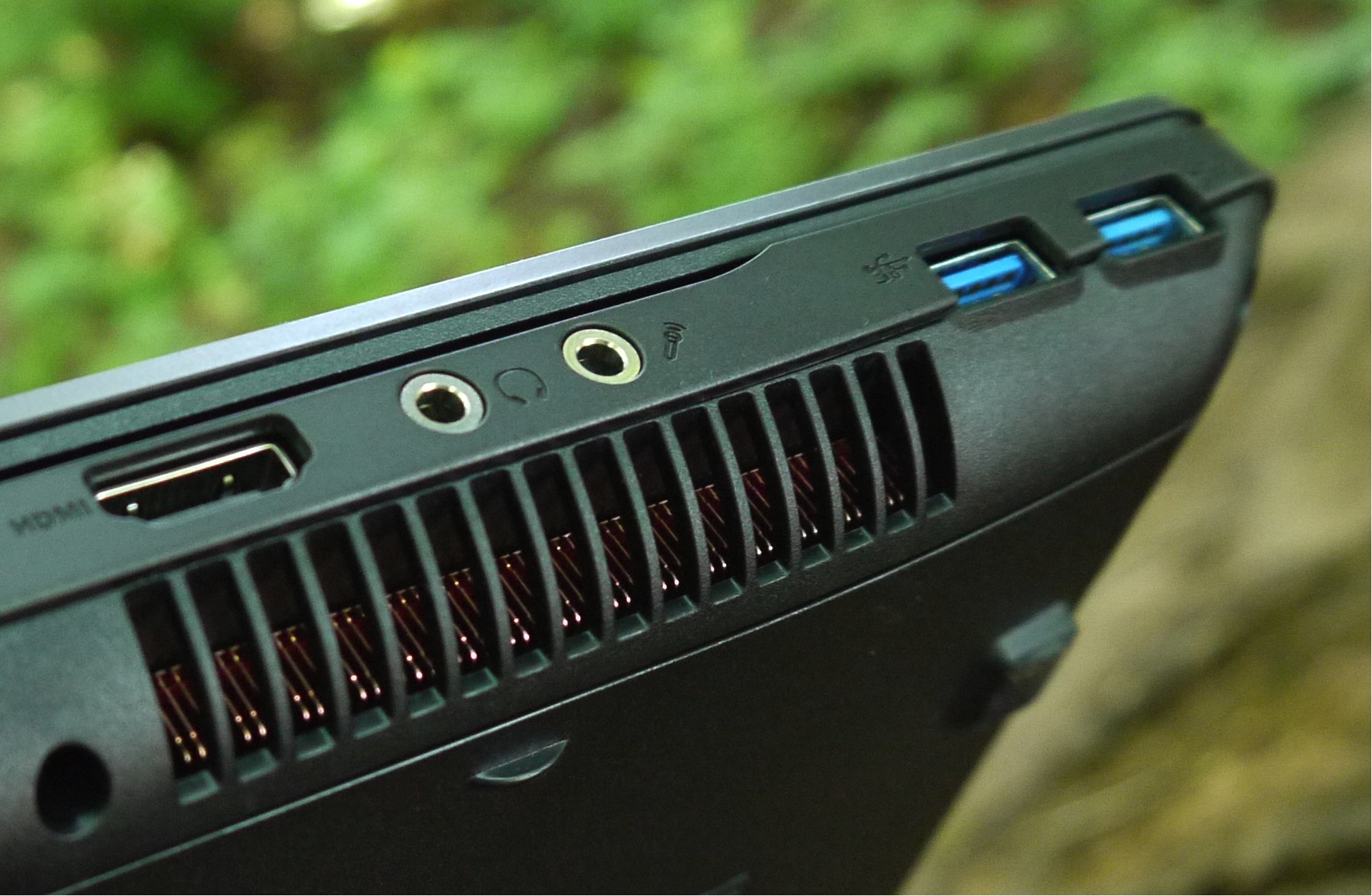 The Clevo chassis used as the base for this laptop goes all-out with the GPU. The GT 650M is otherwise found only in 15.6” and 17.3” laptops. The same can be said of the quad-core processor. You’d expect this to increase temperatures – and it does. The underside of the EON11-S can reach 100 degrees Fahrenheit even at idle. At last the fan remains quiet.
Placing the laptop under load immediately forces the fan to ramp up in an effort to combat increasing temperatures. The fan is largely successful as external temperatures increase to 107 degrees Fahrenheit near the fan exhaust but don’t rise at all in other areas.
The heat does unfortunately make its way to the keyboard, causing the left side to reach temperatures as high as 96 degrees Fahrenheit, which results in an uncomfortable experience.
Portability 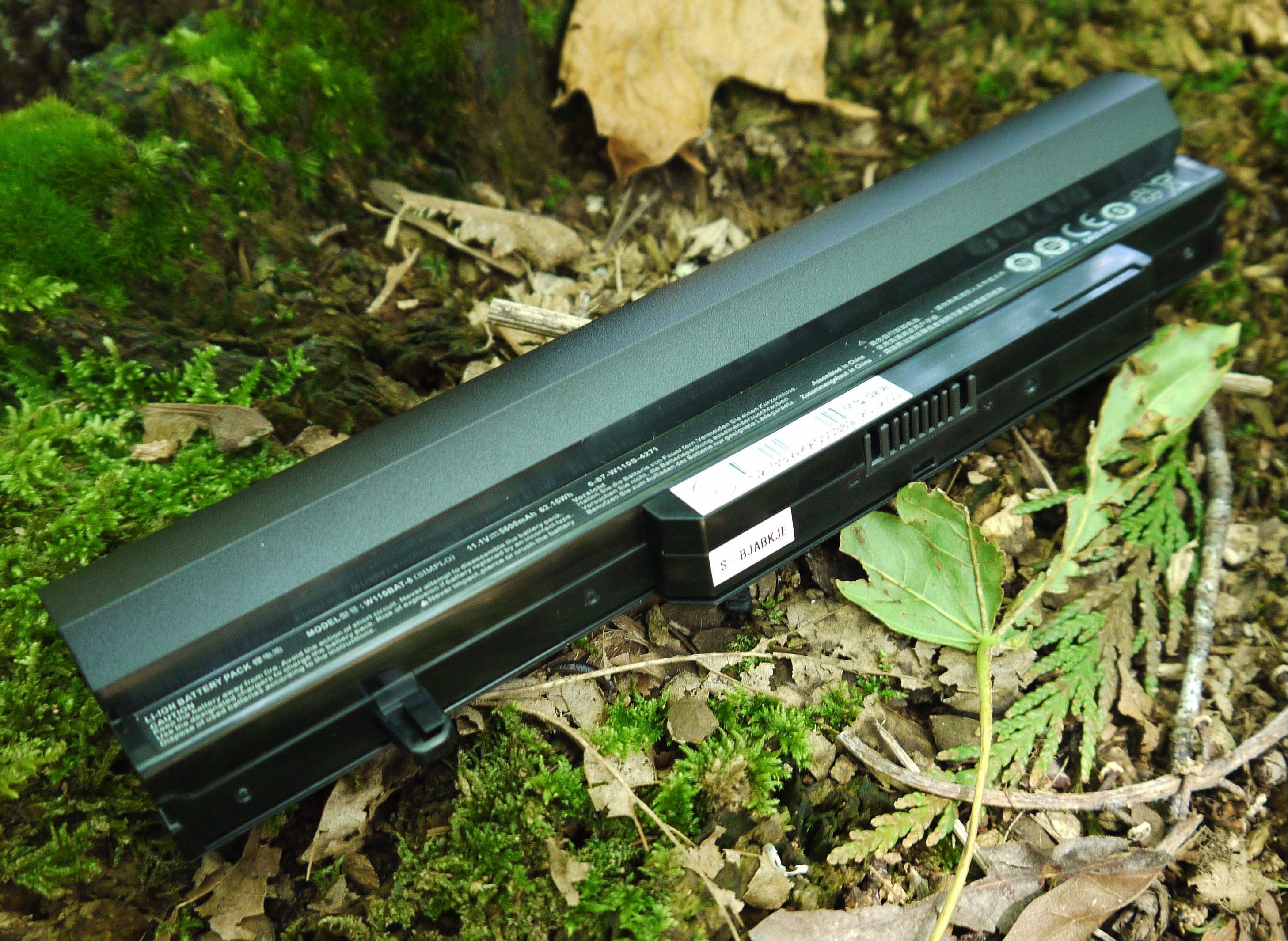 The Origin EON11-S may be too chunky to be hip but it is an 11.6” laptop and therefore easy to carry around. Any bag or backpack designed for a 13” ultraportable will easily swallow this pint-size gamer, and carrying the laptop around by hand isn’t a chore. Though its weight of nearly four pounds is above average for a laptop of this size, it shouldn’t be a burden.
What may be a burden is the power adapter. It’s massive by the standards of ultrabooks, ultraportables and netbooks – and capable of putting out 130 watts. Being forced to pack the power adapter on long trips makes the EON11-S just slightly more portable than a 13.3” laptop.
But will you need the power adapter? Let’s take a look. 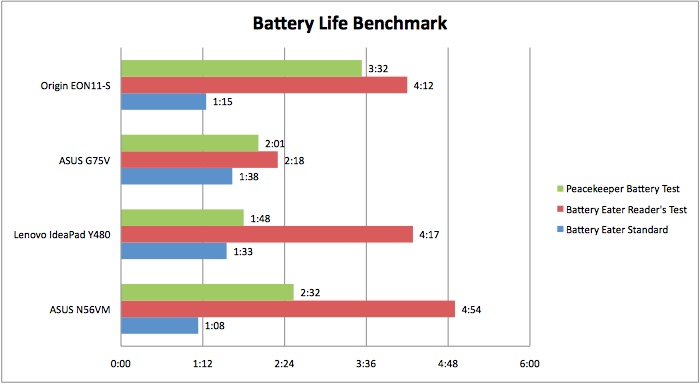 These results are poor when compared to any laptop of similar size. When compared to laptops with similar performance they’re in line with expectations. The 62 Wh battery is of decent size but not gigantic and eventually the quad-core processor eats through it in about four hours of light use.
Software
Origin is not a company known for its bloatware – quite the opposite, in fact. So it’s no surprise that the EON11-S comes with little more than a basic Windows installation. There’s no terrible webcam app, no security suite, not even a trial version of Microsoft Office.
The only annoying piece of software that does nudge into the EON11-S is the THX speaker control panel. I complained about this in my review of the EON17-S, as well, and the story is the same here. It’s still confusing and it’s still not always clear what, if any, impact the different settings have on sound quality.
You don’t have to use this control panel, however. It’s just there. Most users will ignore it and use the laptop’s built in sound controls. 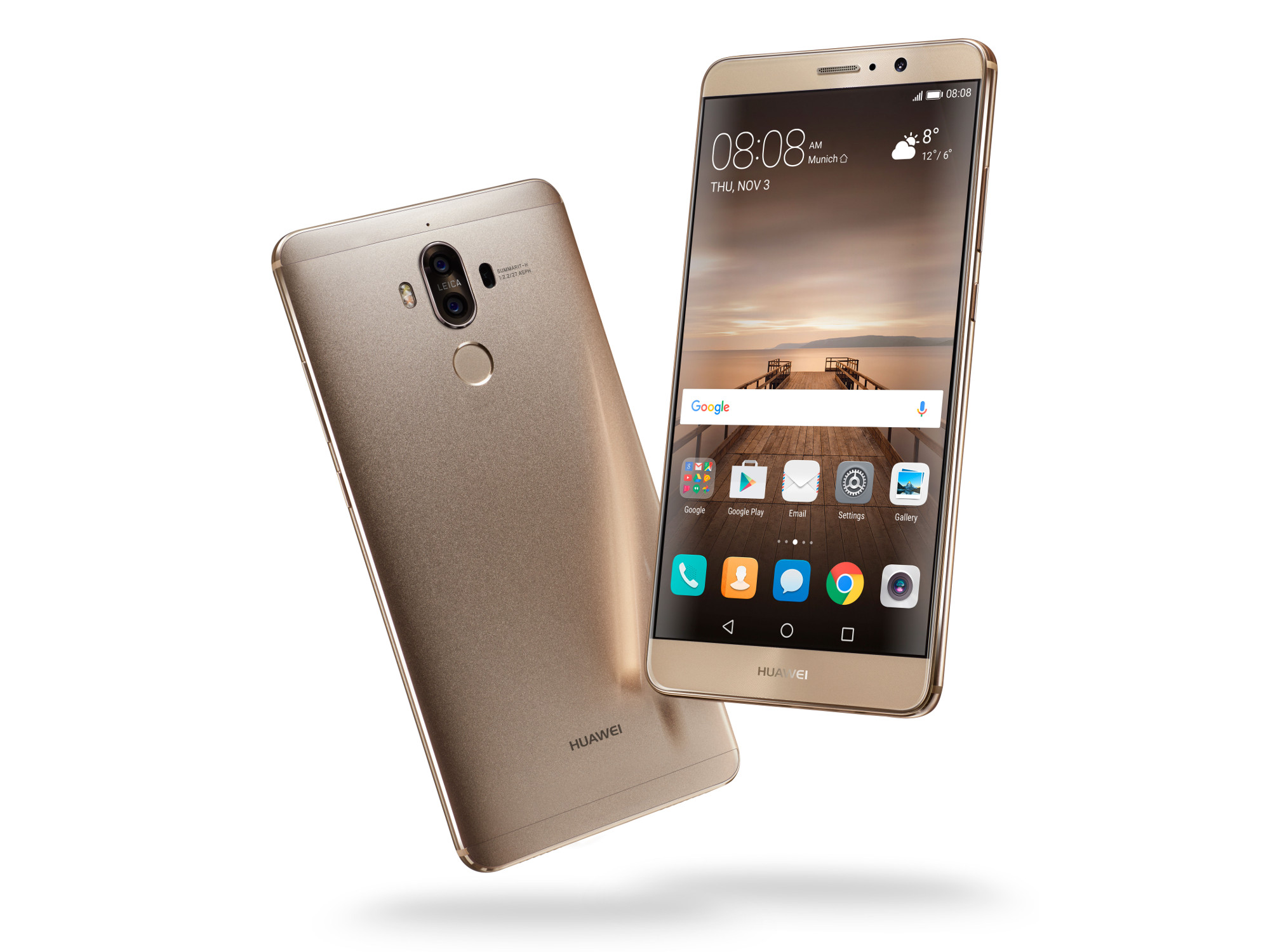