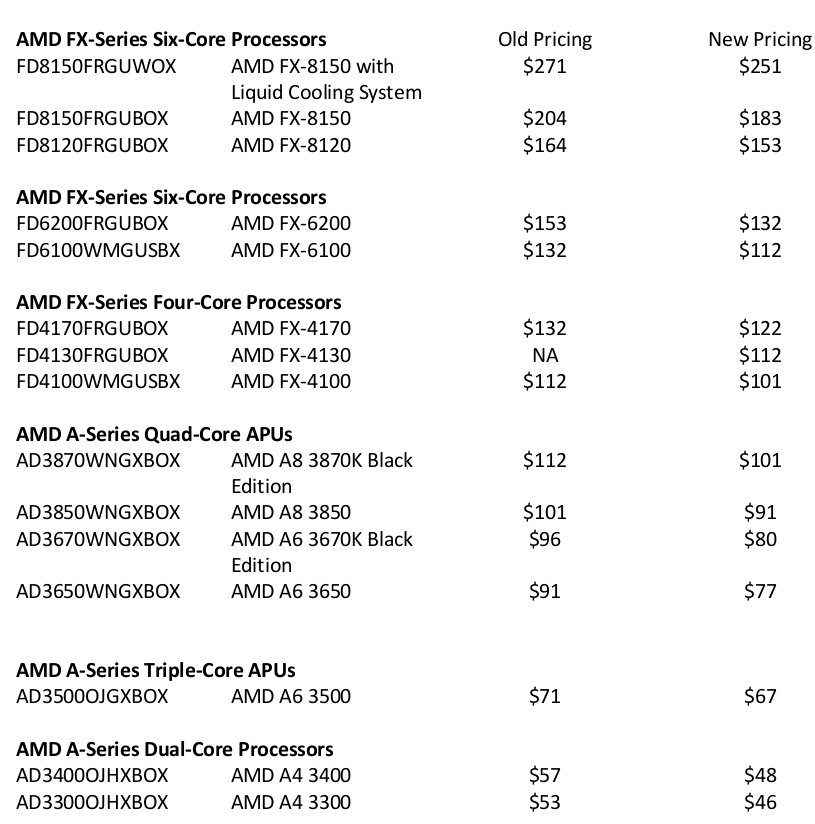 AMD has good news for those looking to build or upgrade an AMD powered system as they are lowering their prices on processors across the board as well as adding the new four core Socket AM3+ FX-4130, with a 3.8GHz base clock and 3.9GHz in Turbo.  It is not yet for sale but is expected to retail for $112, easily affordable for most users looking for a lower cost system.

Intel Montevina platform will be Centrino 2