If rumors hold true, NVIDIA’s GTX 690 will soon be joined by a custom dual GTX 680 card from ASUS. First shown off at Computex, the Mars III combines two GTX 680 graphics chips, 8GB RAM, and a massive triple fan cooler. Expect it to cost quite a bit but offer up some impressive performance numbers.

Update: According to ASUS speaking with TechPowerUp, this card is not going to be released to the public after all. I suppose the  Powercolor 7990 Devil 13 will have to suffice!

ASUS has a long history of taking high-end graphics chips to the extreme, even going so far as to put more than one graphics processor on the same PCB. The third iteration of its custom dual GPU "MARS" series graphics cards, the MARS III was first shown off at Computex. At the time, the company indicated that the dual NVIDIA GPU card was not quite ready for final release as the GPU cooling solution and PCB in particular required further tweaking.

Going by the recently leaked photos, ASUS has been hard at work refining the custom design, and it certainly looks ready for prime time. The MARS III takes two Kepler architecture-based GTX 680 GPUs, beefed up power phases, and a total of 32 RAM chips (8 per GPU) for 8GB of total RAM, and places it on a single black PCB. Further, the two GTX 680 GPUs are configured in SLI using a PLX PEX8747 bridge chip. While it does not have more CUDA cores than the NVIDIA reference GTX 690 (which we recently reviewed), it should have a bit more overclocking headroom in addition to the extra 4GB of GDDR5 memory. I would expect that it will cost more than the GTX 690 as a result of its custom design and extra memory, but so far there is no word on what that price might be. 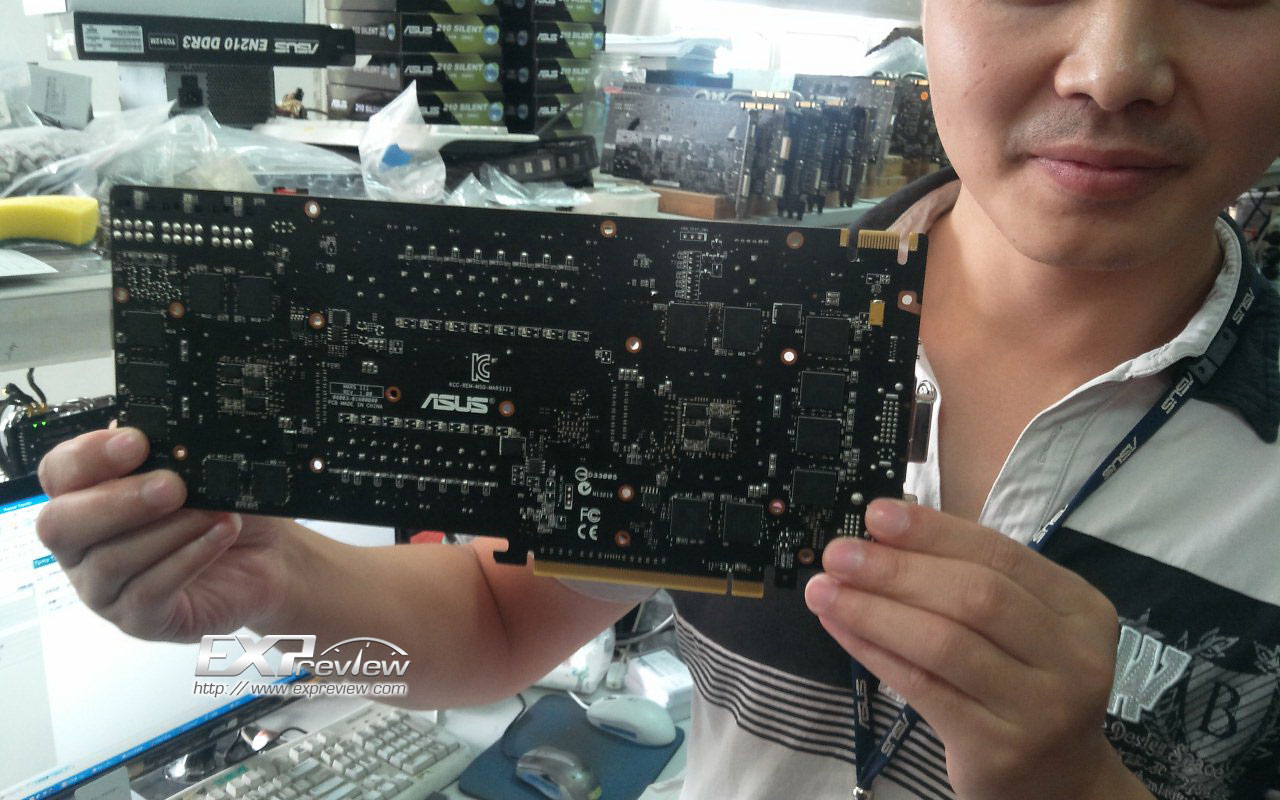 Needless to say, all that hardware is going to require a lot of power. Internally, each GPU will be fed electricity using an 8+2 power phase. Further, the board continues to feature the three 8-pin PCI-E power connectors which allows the dual-GPU graphics card to draw up to 525 Watts of power. While the color of the cooler has been changed from the model seen at Computex to a red and black color scheme, the red overclocking button is still there on the side of the card. It will spin the fans up to 100% to allow you to push the NVIDIA GPUs as far as possible.

Video outputs include three DVI and a single mini-DisplayPort connector for NVIDIA Surround gaming and a fourth accessory monitor. 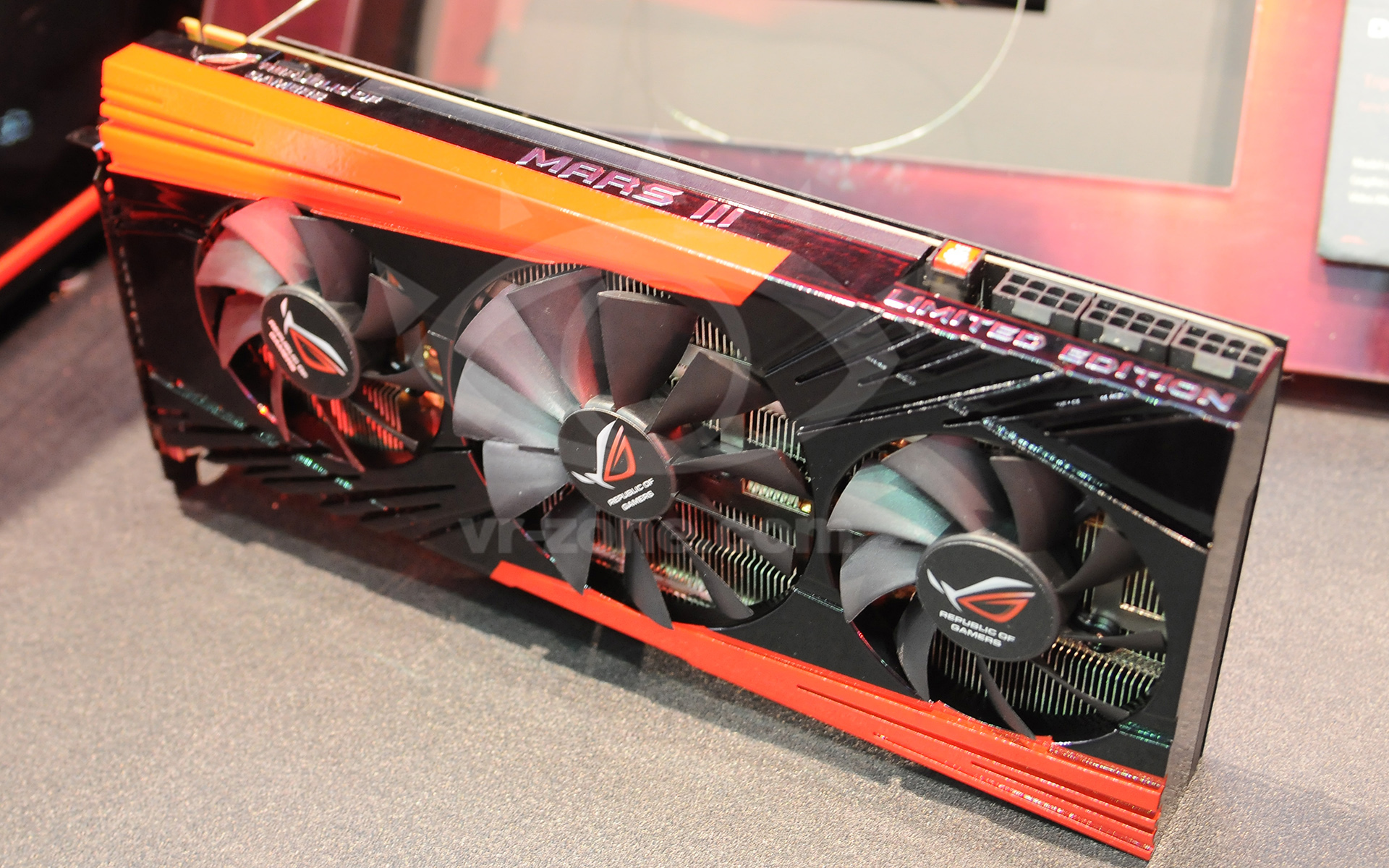 Sources speaking with Videocardz have confirmed that the card is nearly ready for retail availability, and is only waiting NVIDIA’s go ahead.

Now that the rumored 7990 is on the way (or at least a custom version of the 7990), I would bet that we will be seeing this custom ASUS card sooner rather than later – and that NVIDIA’s “okay” to unleash this beastly graphics card should not be difficult to get.

Have you been following the ASUS Mars III? You can find more Mars III coverage and photos by following the Mars III tag. Further, you can see more leaked photos over at Videocardz.

[Now if you’ll excuse me, I need to clean the drool off of my desk.]