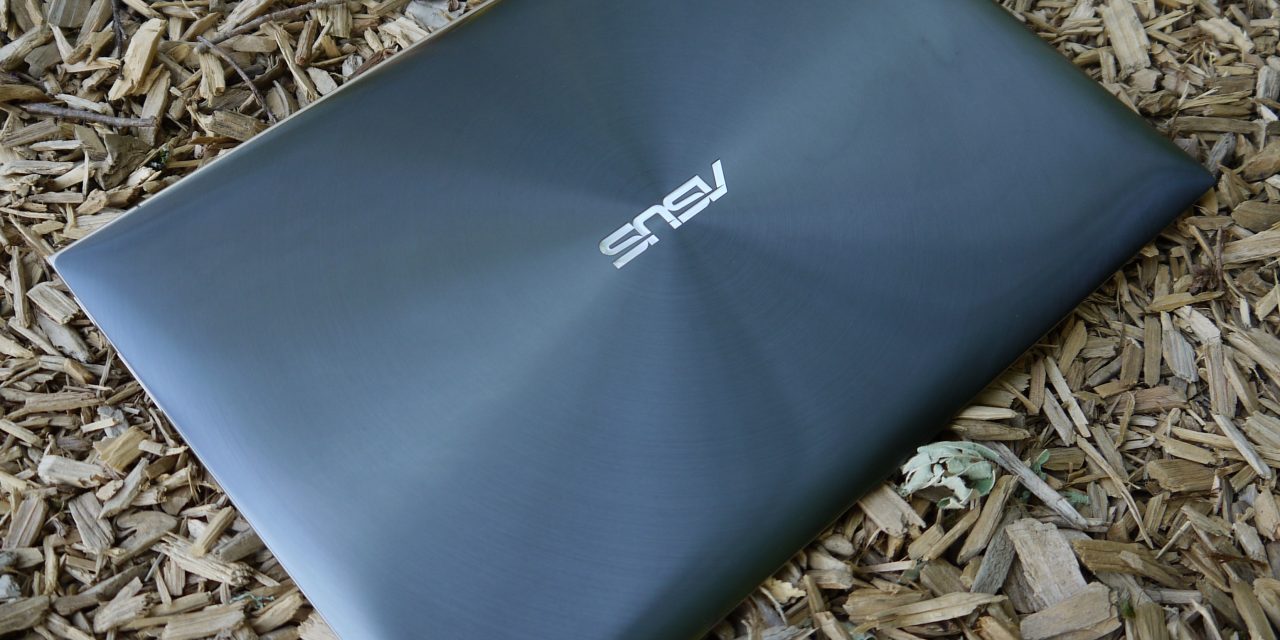 The Zenbook Prime combats heat with a cooling solution that uses the entire width of the display hinge as a cooling vent. It’s not an original idea, but it seems to work well. In our testing the Prime’s exterior temperatures were no higher than 90.2 degrees Fahrenheit at idle, with most areas hovering in the mid to upper 80s.

Stress testing increased these readings but, to my surprise, only slightly. There’s a strip along the rear bottom of the laptop which reached 102.6 degrees but most of the bottom and interior hovers in the mid to high 90s. These are good results for a thin laptop.

Fan noise was a side-effect of the cooling results. I often noticed its whine during normal operation. And it is a whine – the small fan emits a fair bit of high-pitched chatter, so you may become annoyed if that usually grates on you.

Weighing in at 3 pounds and fattening up to a maximum of .66 inches, the Zenbook Prime is a serious featherweight. Only a couple other ultrabooks are smaller and lighter. Moving about with the laptop in-hand or in a bag could only be easier with a smaller chassis. Which, in fact, ASUS makes – but I would not recommend an 11.6” laptop for anyone lacking small hands, and besides, you’ll miss out on the excellent display.

The small size of the UX31A is great, but when II hear “thin and light” I often think “small battery.” Has this common problem been addressed? Let’s find out. 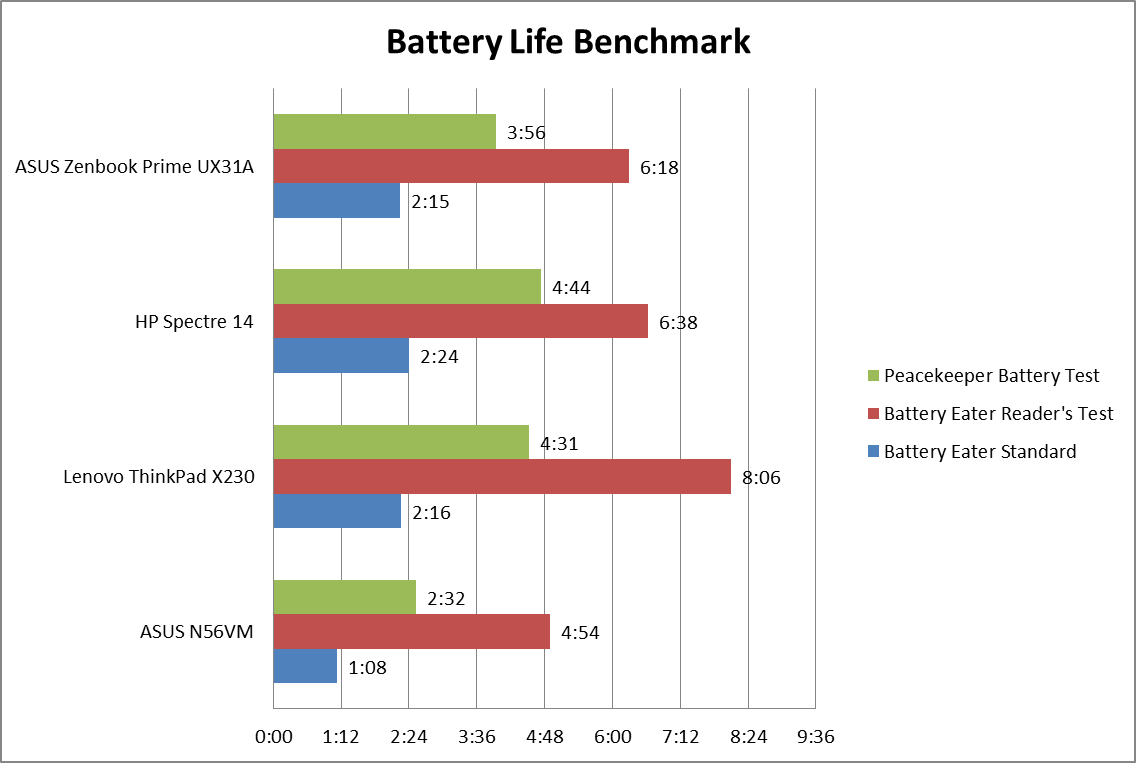 These endurance figures are middle of the road for an ultrabook. While likely adequate for most users, HP’s Spectre offered a fair bit more endurance. Lenovo’s X230, which is not an ultrabook but instead a traditional ultraportable, is generally competitive with the ultrabooks and does much better in the light-load Reader's Test.

I was disappointed to see that ASUS shipped the Zenbook Prime with more bloatware than any system from the company I’ve recently tested. It ships with two different gadgets (one for selecting a performance profile and another that controls Instant On) and a full serving of shortcuts to various services and features such as ASUS WebStorage, Intel WiDi and the electronic manual.

Cluttered? Yeap. But widgets aside, none of this software automatically pops up or demands your attention. You can happily delete the shortcuts and be done with it. There’s also no anti-virus, a lack I noticed immediately. ASUS made a wise choice, as pre-bundled anti-virus suites are always annoying and usually interrupt the illusion of luxury premium laptops work so hard to create. 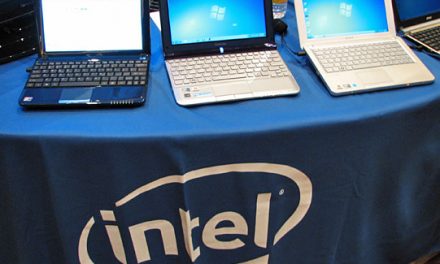 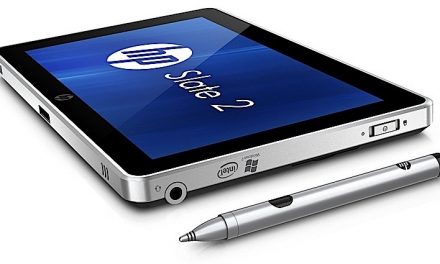 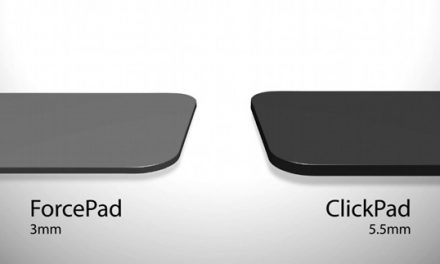