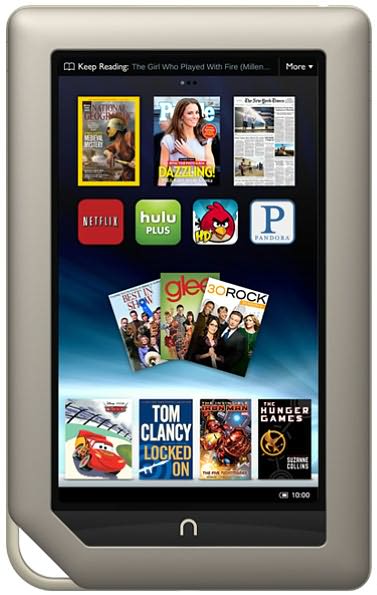 The Nook Tablet is bookseller Barnes & Noble’s answer to the Amazon and Kindle Fire combination. Running a 1GHz TI OMAP 4 dual core processor and 1GB of system RAM, it doubled up on the hardware specifications of the Amazon Kindle Fire competition. The Nook tablet further sports a 1024×600 resolution IPS display. With that said,  it is rather dated compared to the newly announced Nexus 7 tablet from Google (it has been around since November). The Nexus 7 is packing a NVIDIA Tegra 3 SoC, 1GB of RAM, and a 1280×800 IPS display.

As a result, the 7” tablet space is heating up, and with that come price cuts. According to Maximum PC, the entire family of Nook devices will be getting price cuts. The Nook Color–previously sold for $169–is now listed for $149. Also, the 8GB and 16GB versions of the Nook Tablet have reduced prices of 10% and 20% respectively. This results in an 8GB Nook Tablet for $179 and a 16GB Nook Tablet for $199. The 16GB Nook Tablet is now up against the 8GB Nexus 7, whereas it was previously priced against the 16GB Nexus 7 at $249. Essentially you get twice the flash storage at the same price (16GB Nook, 8GB Nexus 7), but getting that user storage will cost you time (as you need to repartition the internal storage on the Nook Tablet) and the internal hardware is not as fast.

Still, the price cuts are a positive thing, and if you just want an eReader for reading and organizing your digital B&N library, you can now get one for a bit less money. On the other hand, if you are not already heavily invested in the Barnes & Noble ecosystem, the competition in the 7” tablet space is really heating up. The Nexus 7 has received positive reviews from reviewers, and it brings decent hardware at an attractive price point. Further, with rumors of an updated Kindle tablet, Barnes & Noble has to do something to keep ahead of customers considering the competition before they are hooked on the B&N ecosystem (heh).

As a result, it seems the company has chosen to give its current Nook Tablet lineup some price cuts to try and stay relevant. This is mostly speculation of course, but it does seem to be a reasonable explanation for the price cuts.

What do you think of the Nook Tablet price cuts, is it enough to keep Barnes & Noble in the 7” tablet game?

If you have been considering the B&N eReader, now might be a good time to jump on it. Otherwise, I would personally advise you to check out the Nexus 7 (Matt Smith recently reviewed it and gave it the thumbs up) or hold off buying any 7” tablet until the new Kindle and iPad models are revealed. Things are certainly getting interesting as up to four large companies (if the 7” iPad rumors hold true) vie for your wallet (Amazon, Barnes & Noble, Apple, and Google).

Here’s hoping that we see even cheaper tablets as the companies sell tablet hardware close to cost in an attempt to get you into their app ecosystem (iCloud, Google Play, Amazon Prime, etc). Especially for people planning on flashing the devices with custom Android versions anyway, it’s looking like a really promising year for some good deals. And if you are into apps, the barrier to entry is getting lower as well. 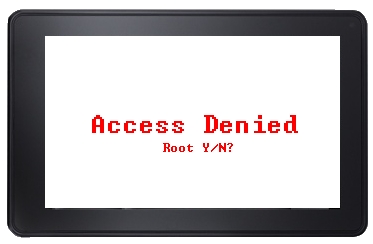