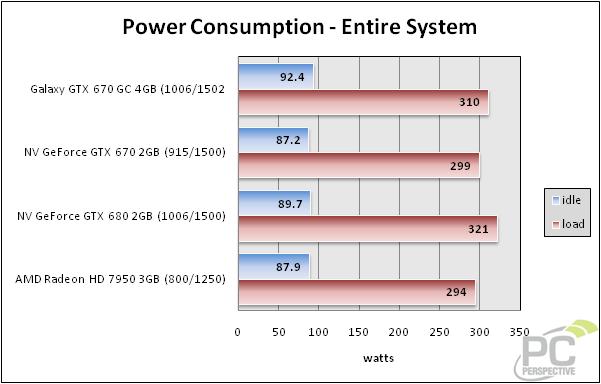 With the extra GDDR5 memory and the higher clock speeds of the overclocked Galaxy GTX 670 GC 4GB, we are seeing some elevated power consumption – about 10 watts in our testing.  That isn't anything really dramatic and you can see it still comes in another 10 watts under the GTX 680. 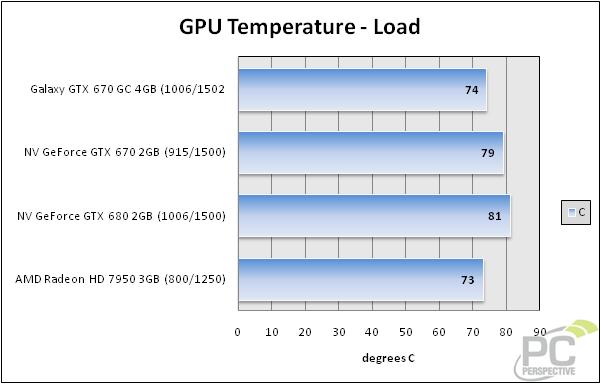 The cooler on the Galaxy card is both efficient and quiet – the dual fans keep the GK104 GPU at 74C under a full load while generating less noise than the reference cooler as well.