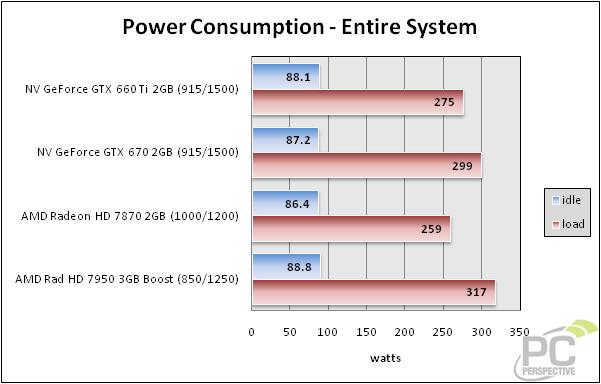 Between the GTX 670 and the GeForce GTX 660 Ti we see a 14 watt power consumption difference – pretty close the 20 watts that NVIDIA claimed.  The Radeon HD 7870 uses only 16 watts less power while the HD 7950 is using 42 watts more.  This again shows us the power efficiency of the Kepler design, though maybe not as dramatically as the GTX 680 or GTX 670. 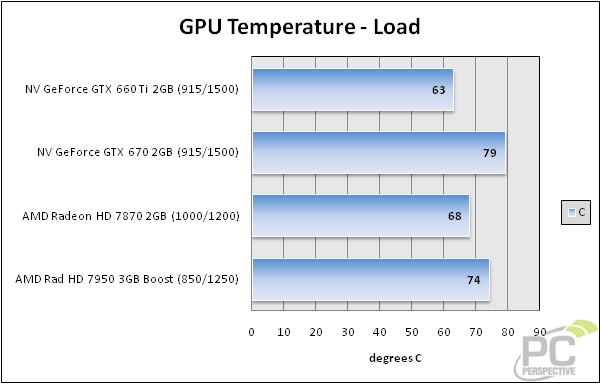 While these numbers are not directly comparable since the GeForce GTX 660 Ti is using a non-reference cooler, it does show us that the Kepler core can be cooled pretty easily.