With all the power efficiency improvement talk that NVIDIA has been pushing on us since learning about the new Kepler GPU, we were eager to see how the actual power consumption turned out – and how the overclocking of these components would compare to each other. 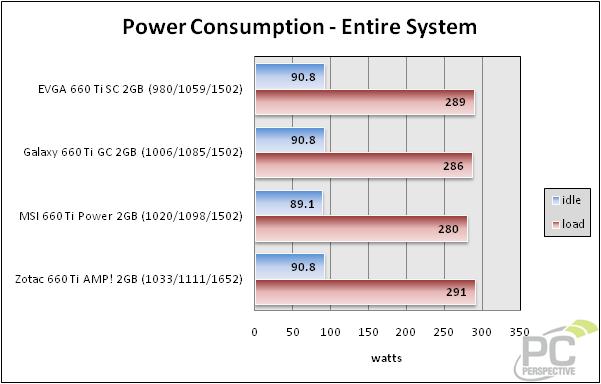 Though idle power consumption is pretty much identical across the board, the load power consumption increases from the MSI card to Galaxy to EVGA ending with the Zotac card at 291 watts (for the whole system).  That is a difference of 11 watts from the MSI to the Zotac card; a noteworthy amount and is likely due to the combination of higher GPU clock speeds and higher memory speeds.

But while power consumption is important, I think more of you would be interested in the related temperatures… 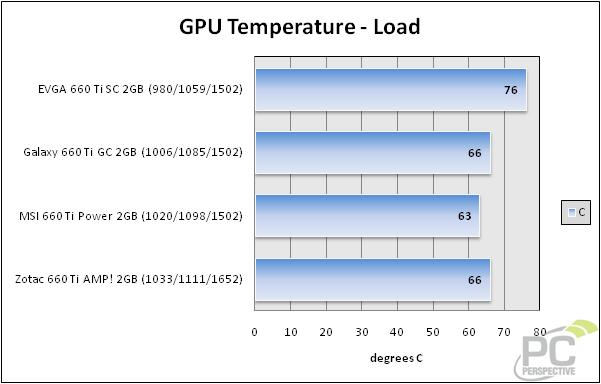 While the best cooler belongs to the MSI TwinFrozr design, the EVGA card is really the only one that stands out – but for all the wrong reasons.  The "sort of reference" cooler that EVGA went with on the SC model of the GeForce GTX 660 Ti is 10-13C hotter than the cards from Galaxy, MSI and Zotac. 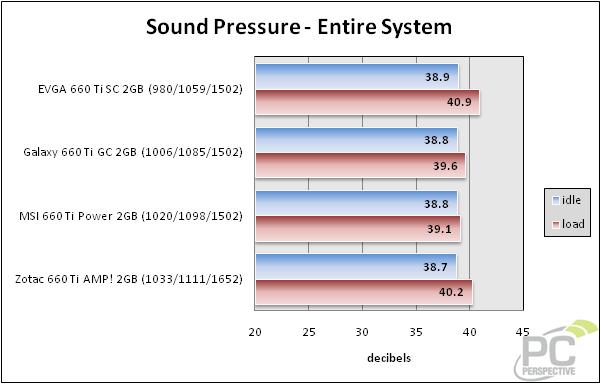 Even worse, the EVGA cooler is actually a bit louder than anything else as well under a full load.  The idle sound levels are the same, though the really impressive card is the MSI TwinFrozr again that is not only able to bring in the coolest temperatures but also the least noise while doing so. 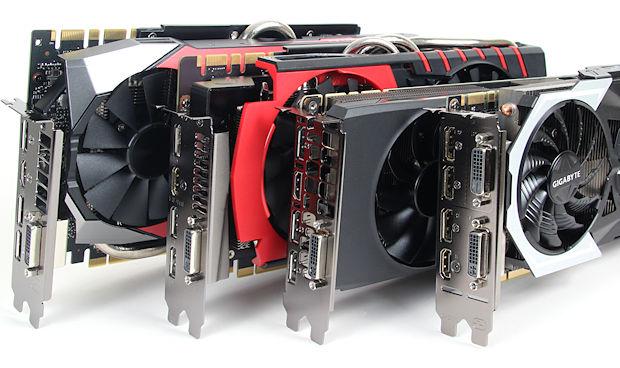