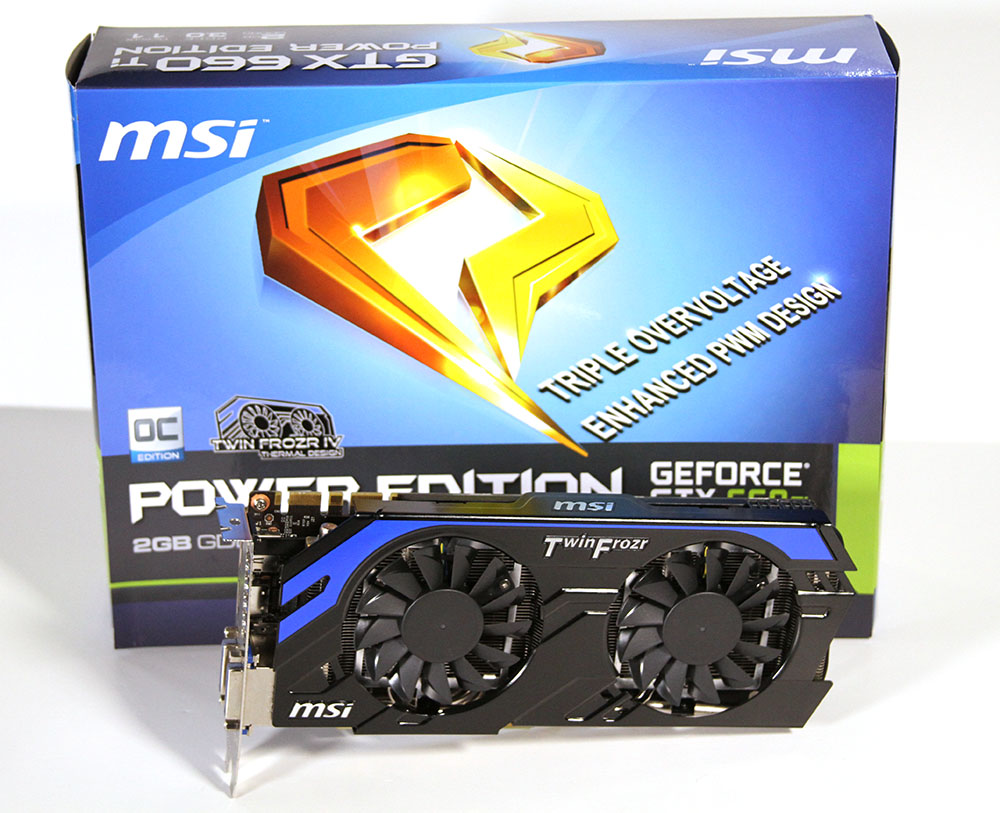 Even thought MSI's Lightning graphics cards get a lot of attention, the company is coming out with a new lineup of less expensive models with the Power Edition moniker.  Like all of the cards we are testing today, it comes pre-overclocked and uses a 2GB frame buffer. 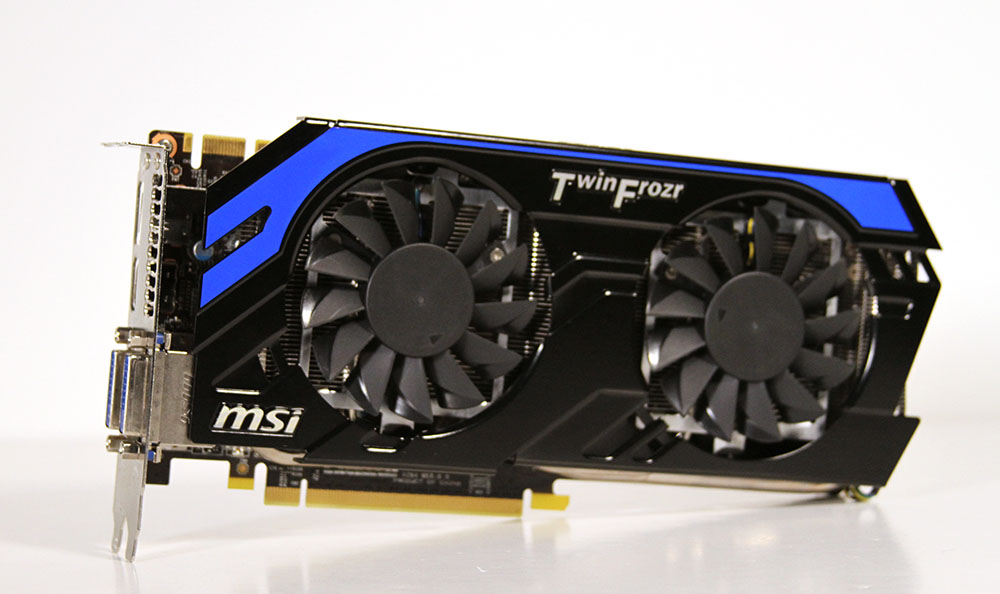 The custom TwinFrozr cooler on the MSI GeForce GTX 660 Ti is a bit larger than the others, and does a really good job of cooling without generating noise as our sound level testing will show on a later page. 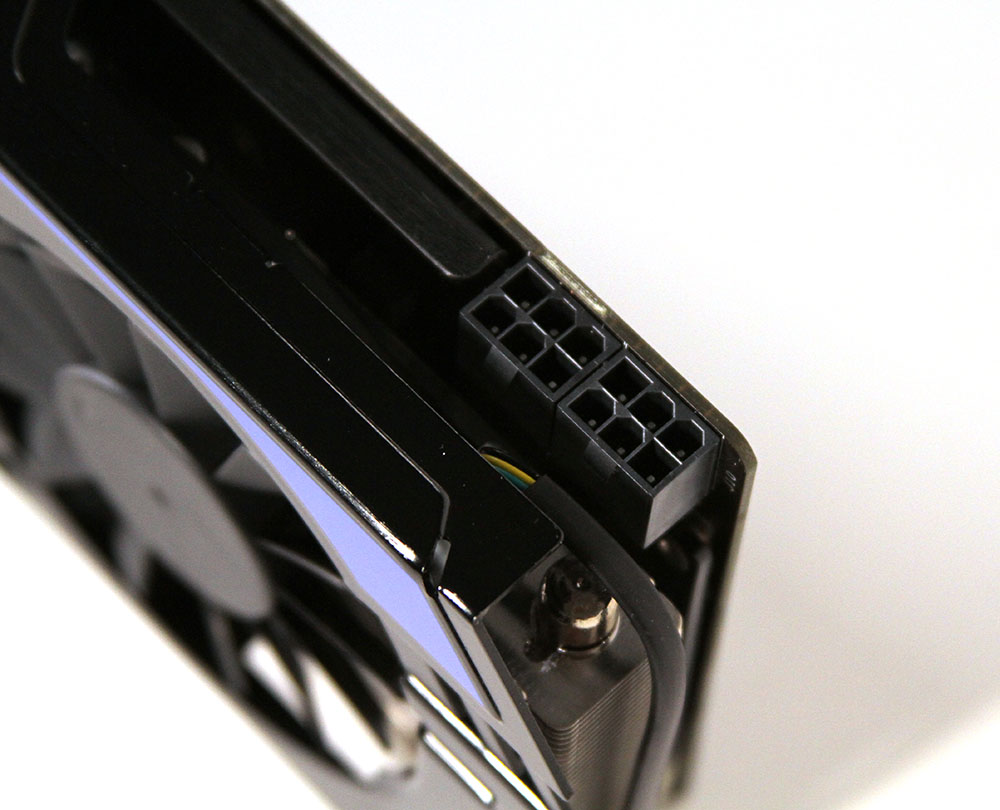 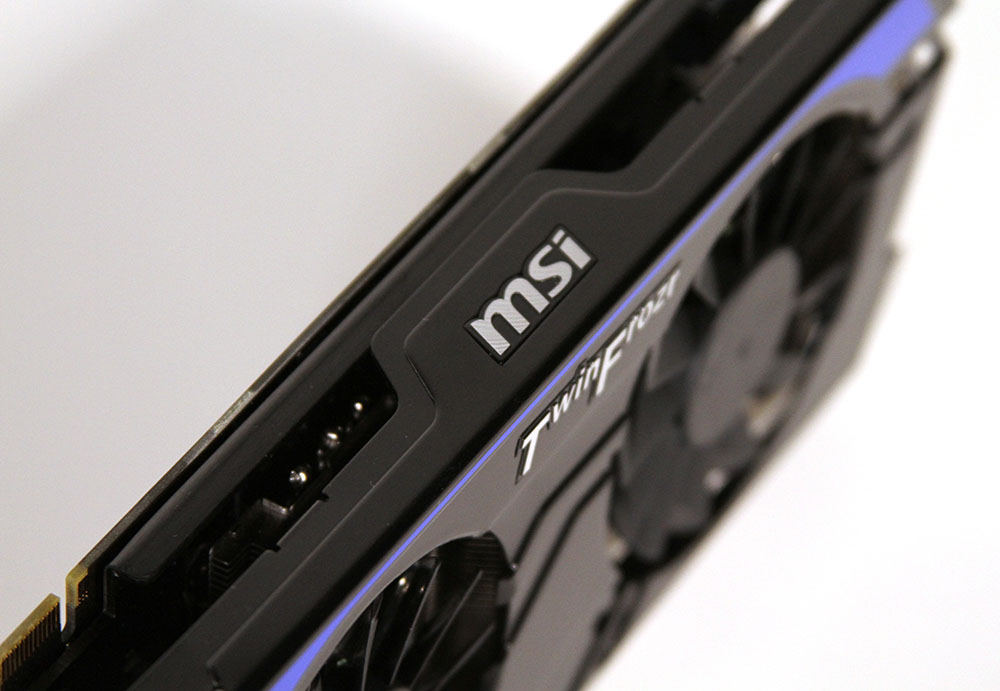 The Power Edition card does use a full length PCB, and here you can see some of the heat pipes under the cooling shroud. 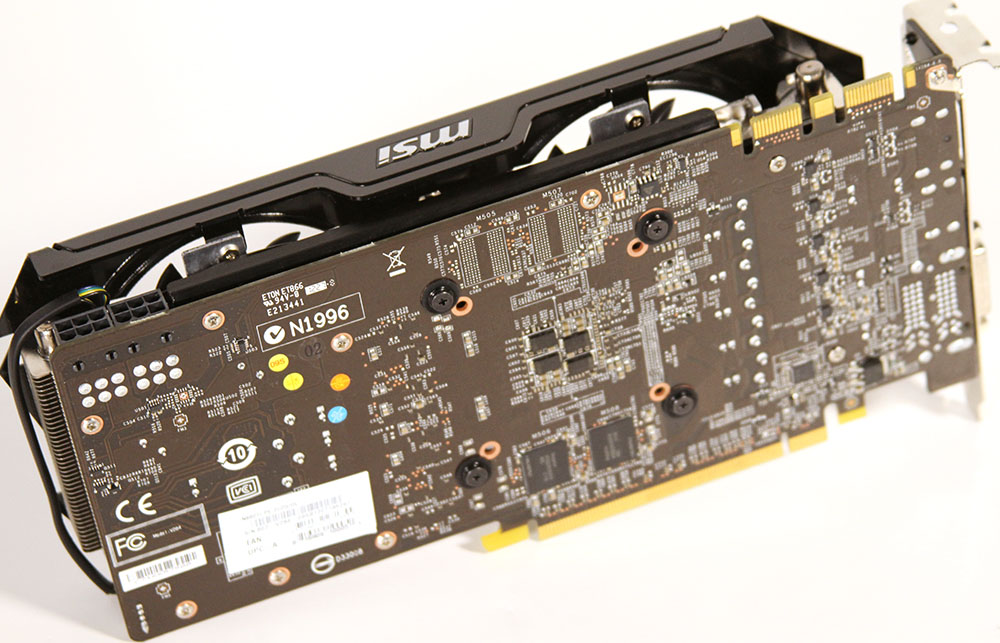 Nothing too interesting on the back of this card.  SLI connections on the MSI, and all GeForce GTX 660 Ti cards, support 2-Way and 3-Way SLI configurations. 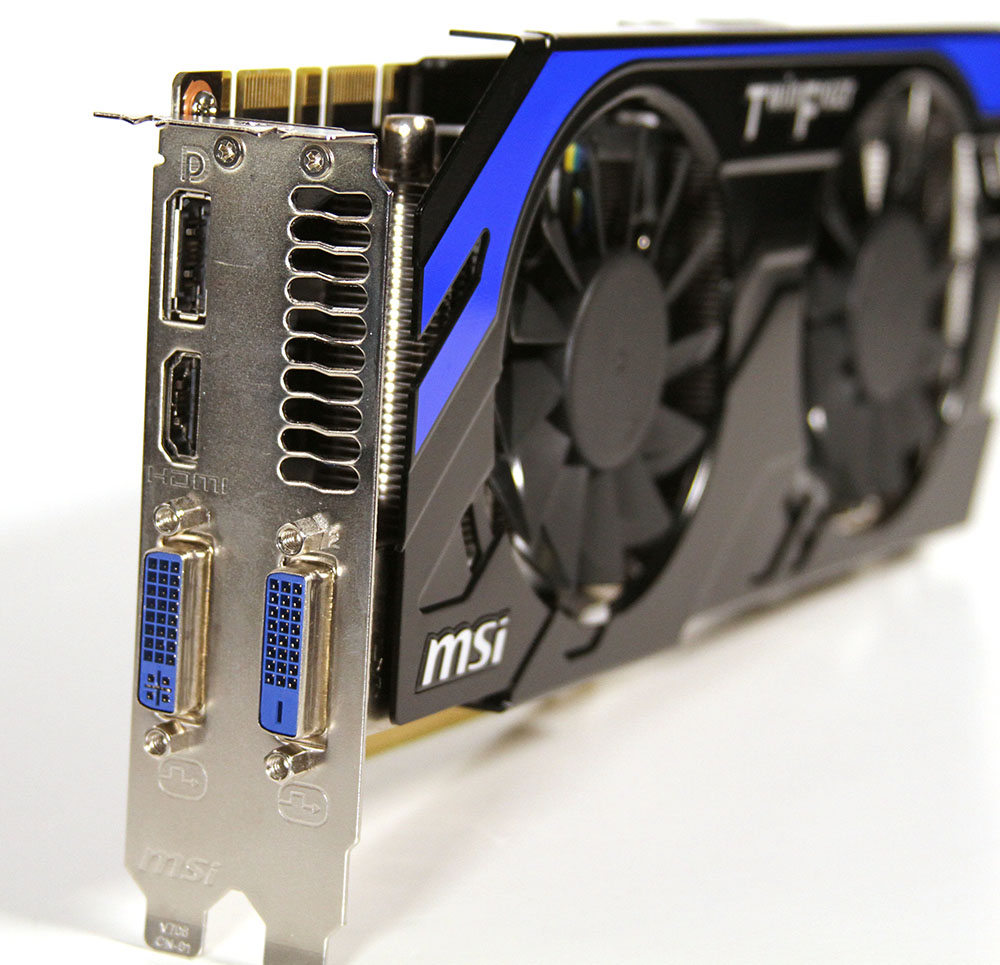 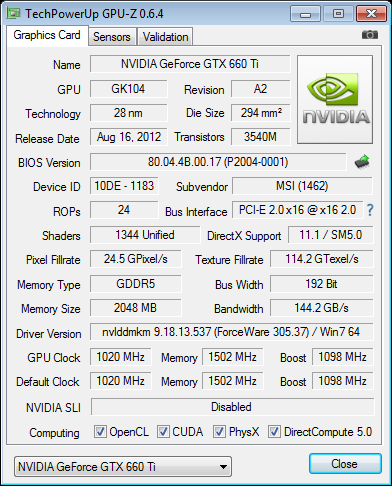 The clock speeds of the MSI 660 Ti Power Edition are at 1020 MHz base and 1098 MHz boost – a sizeable jump over the reference settings.  But as you'll see on the next page they aren't the highest we have on the test bed…