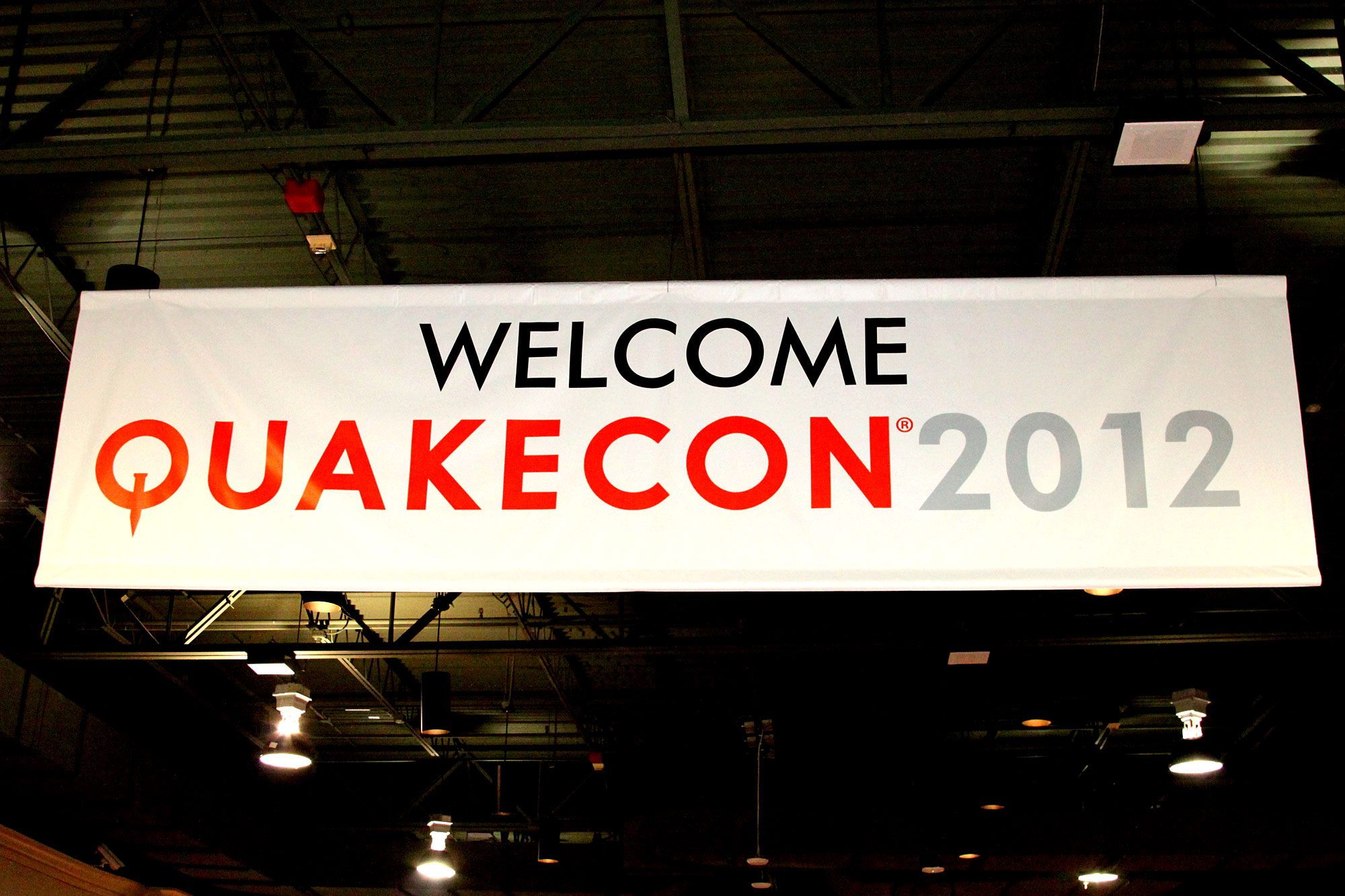 BYOC maxes out for first time in a decade!

Yesterday marked the official start of Quakecon 2012 at the Hilton Anatole in Dallas, Texas. This four-day event includes PC gaming awesomeness for more than 2,800 gamers in the Bring Your Own Computer LAN section as well as access to numerous gaming vendors and PC hardware exhibits. The event is sponsored by many big names in the gaming and PC hardware industry as well like Alienware, Intel, Ventrilo, Plantronics Gamecom, Cooler Master, Western Digital, and many others. 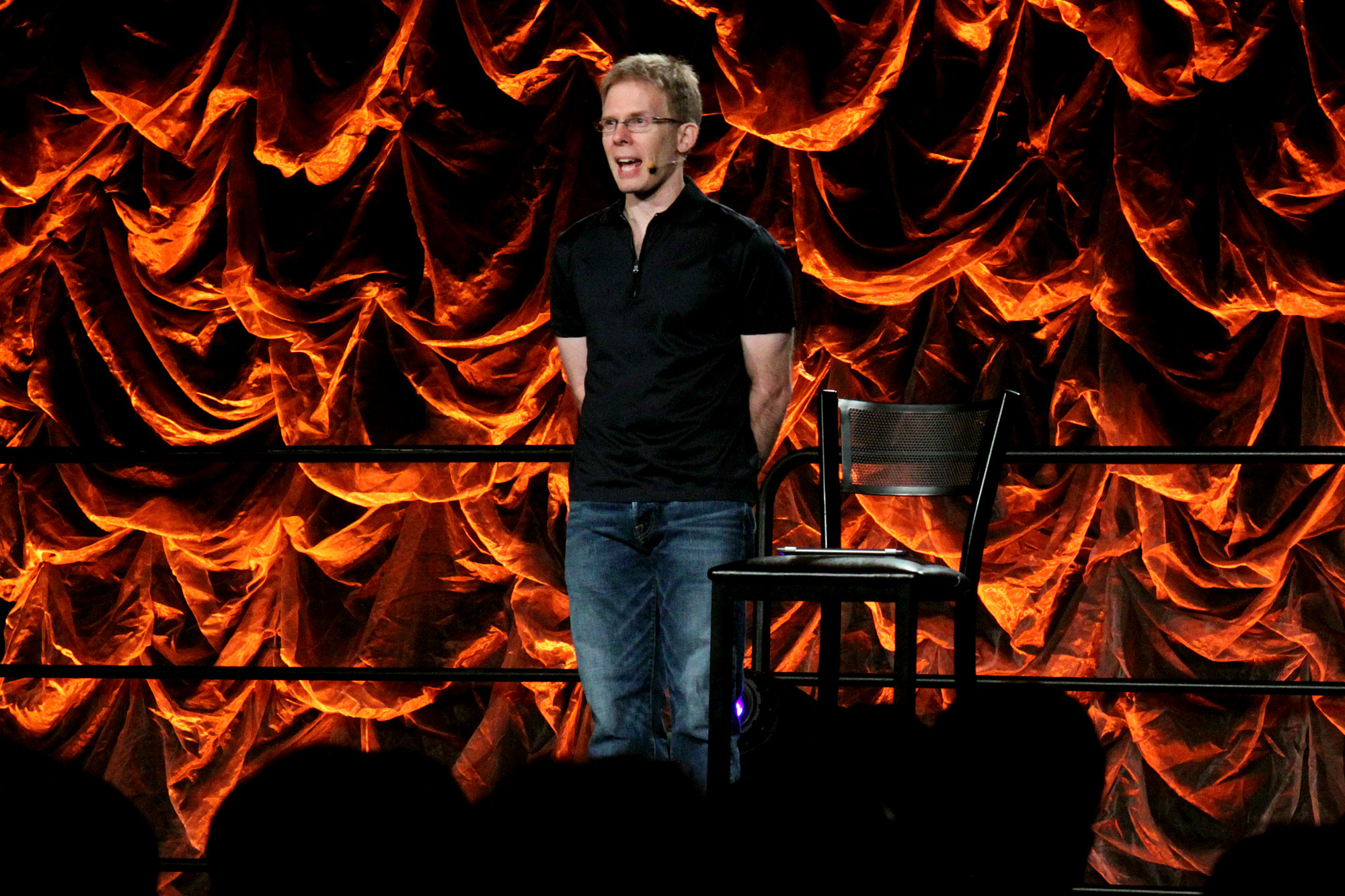 The day got off to a rocky start as id Software co-founder John Carmack's annual keynote address was delayed by more than two hours. Hundreds of gamers also lined the hallways waiting throughout the day for the opportunity to get into the already packed BYOC. But, unfortunately many were turned away from gaming at the event. This is one of the first times in almost a decade that the BYOC area was filled to capacity on the very first day of Quakecon!

Continue reading our coverage of Quakecon 2012! 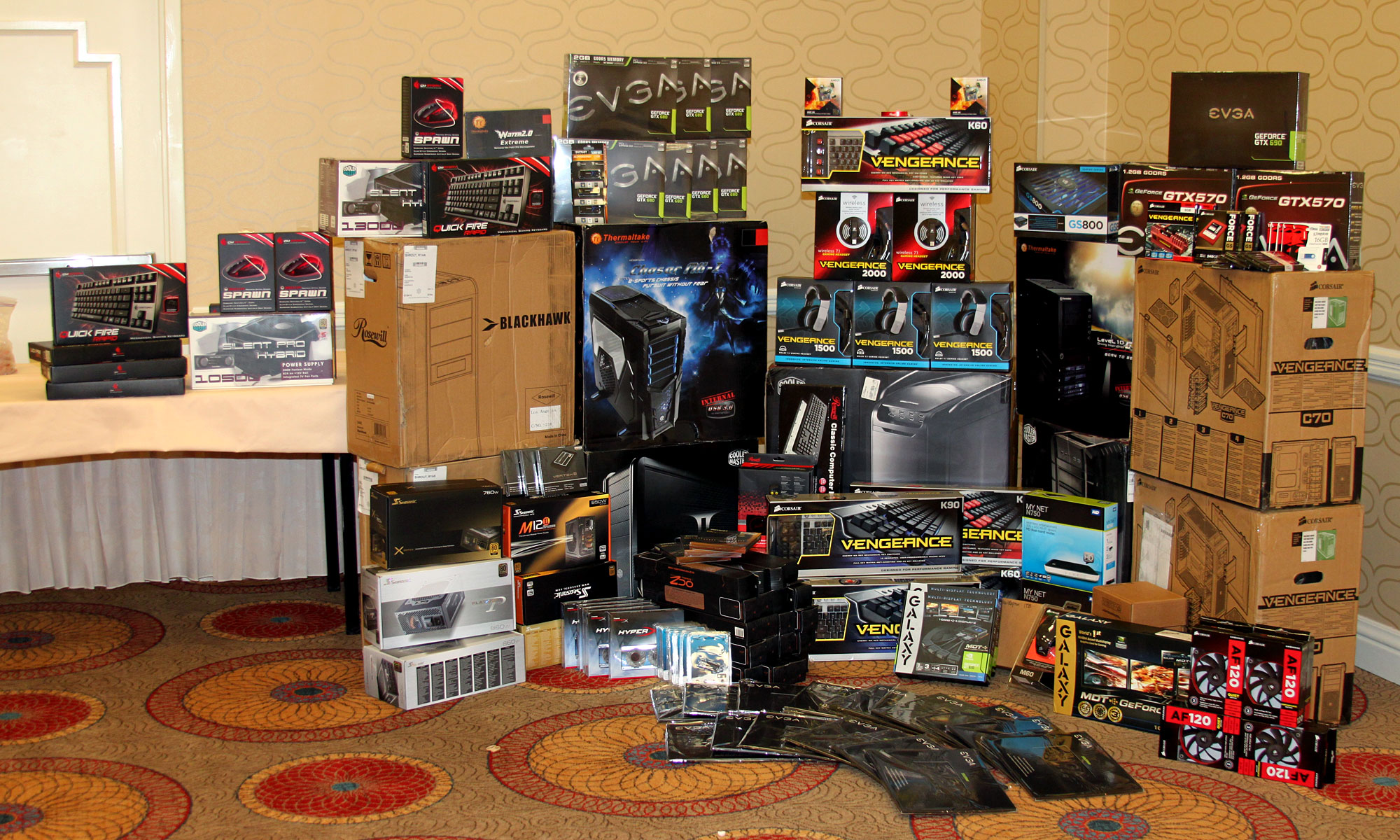 PC Perspective is also hosting it's annual hardware workshop on Saturday at 2 p.m. at the main stage and Ryan has acquired thousands of dollars in hardware and other prizes from a variety of vendors including AMD, NVIDIA, Galaxy, Kingston, Corsair, OCZ Technology, Thermaltake, EVGA, Rosewill, Western Digital, Seasonic, Patriot, and others. The complete list of sponsors and prizes can be viewed at https://pcper.com/news/Editorial/PC-Perspective-Hardware-Workshop-2012-Quakecon-2012-Dallas-TX.  We are also working with Modders Inc. this year on the annual case mod contest!  There are two categories for the competition: "Scratch Built" and "In the Box" that will allow those who build their enclosures from the ground up to compete separately from those that heavily modify their existing PC cases and systems. For more details, be sure to check out the on going thread at the Modders Inc Forums! 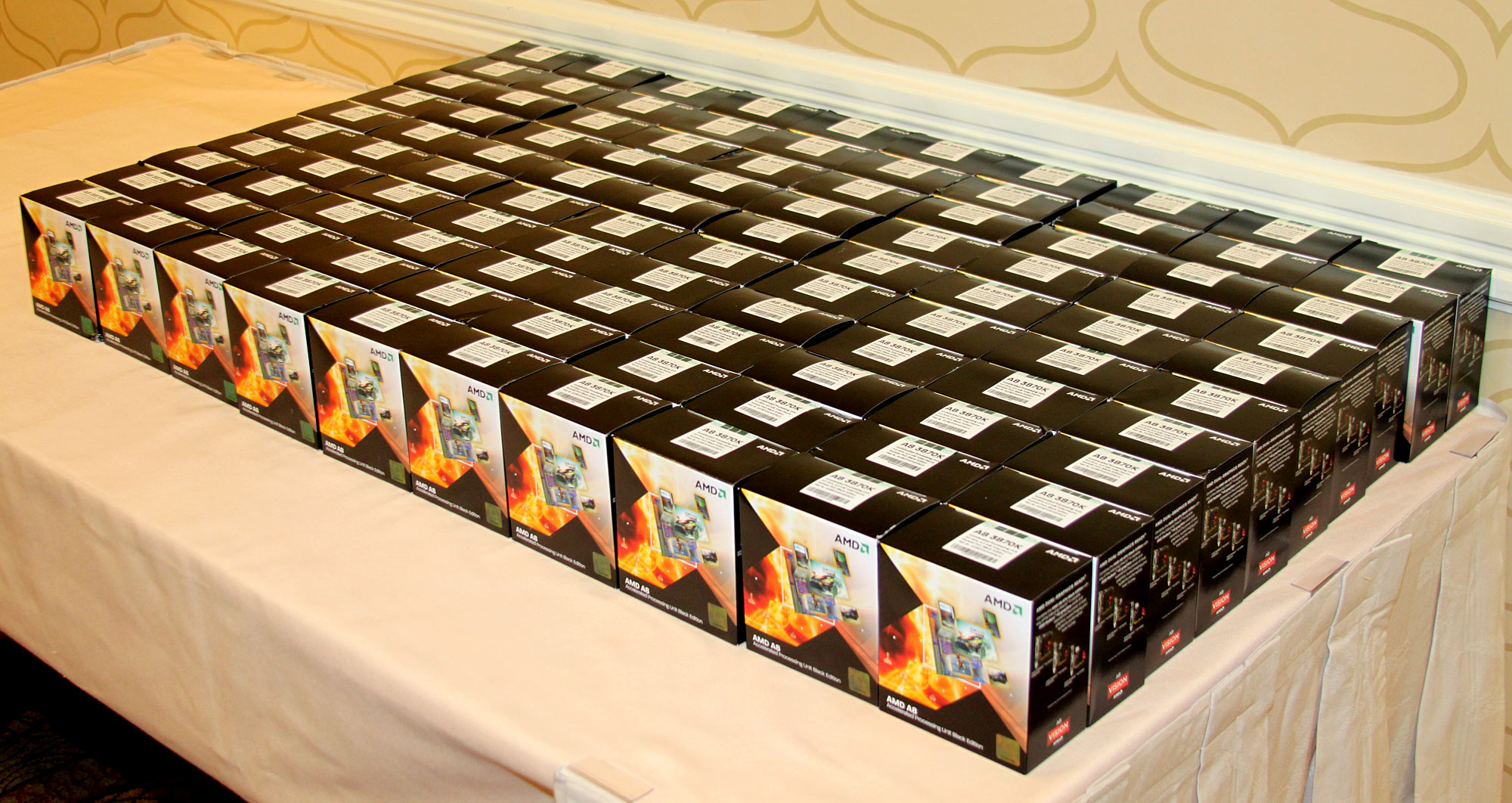 We'd also like to thank AMD for providing us with 100 AMD A8-3870K unlocked Llano 3GHz Socket FM1 quad-core desktop APUs! We will be giving these out during our hardware workshop and during random visits to the BYOC and exhibit hall. 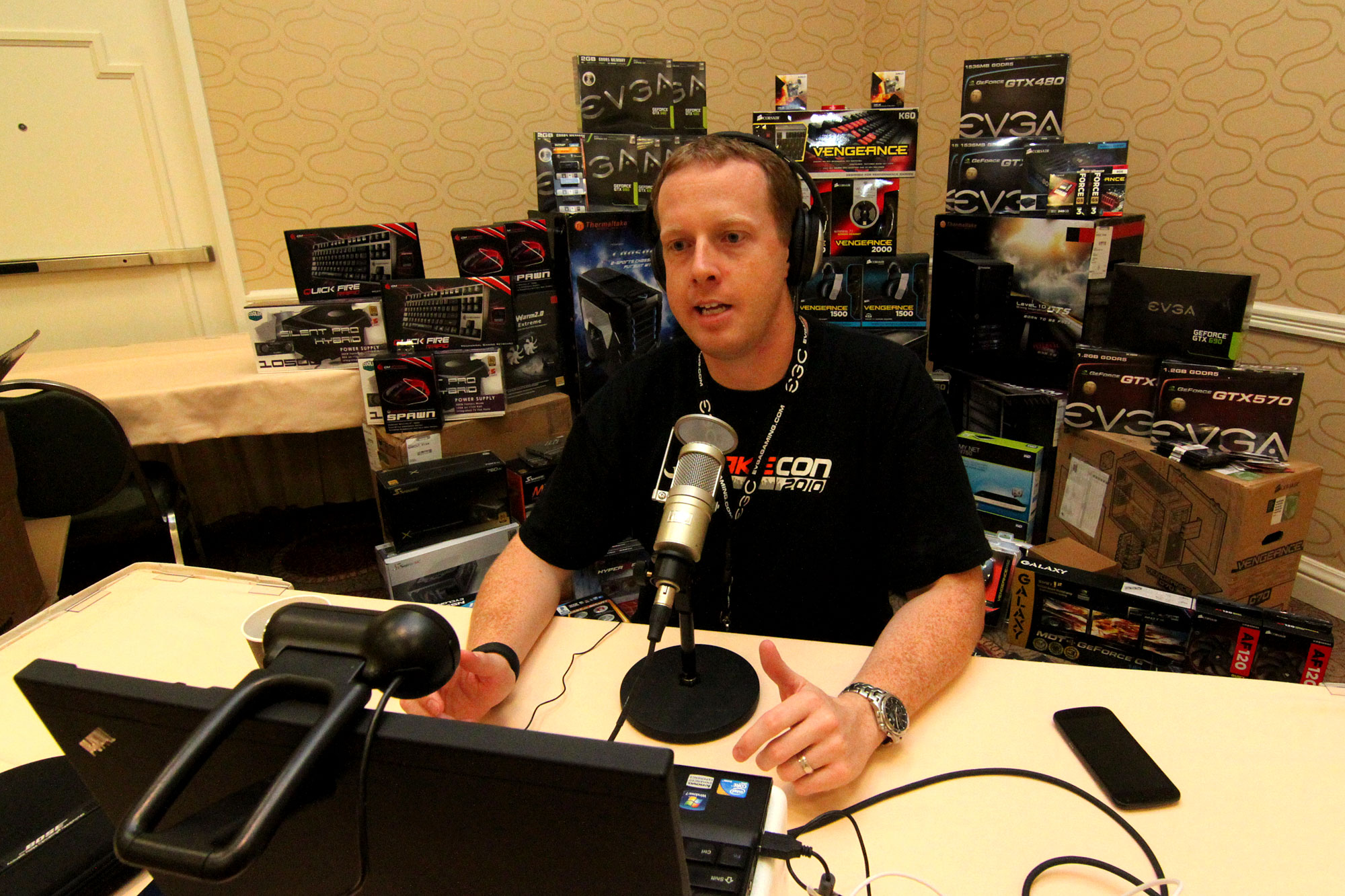