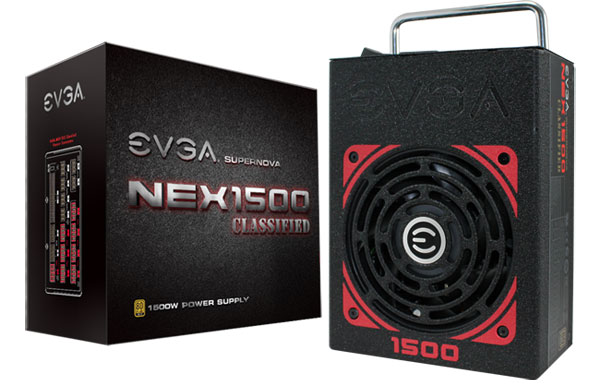 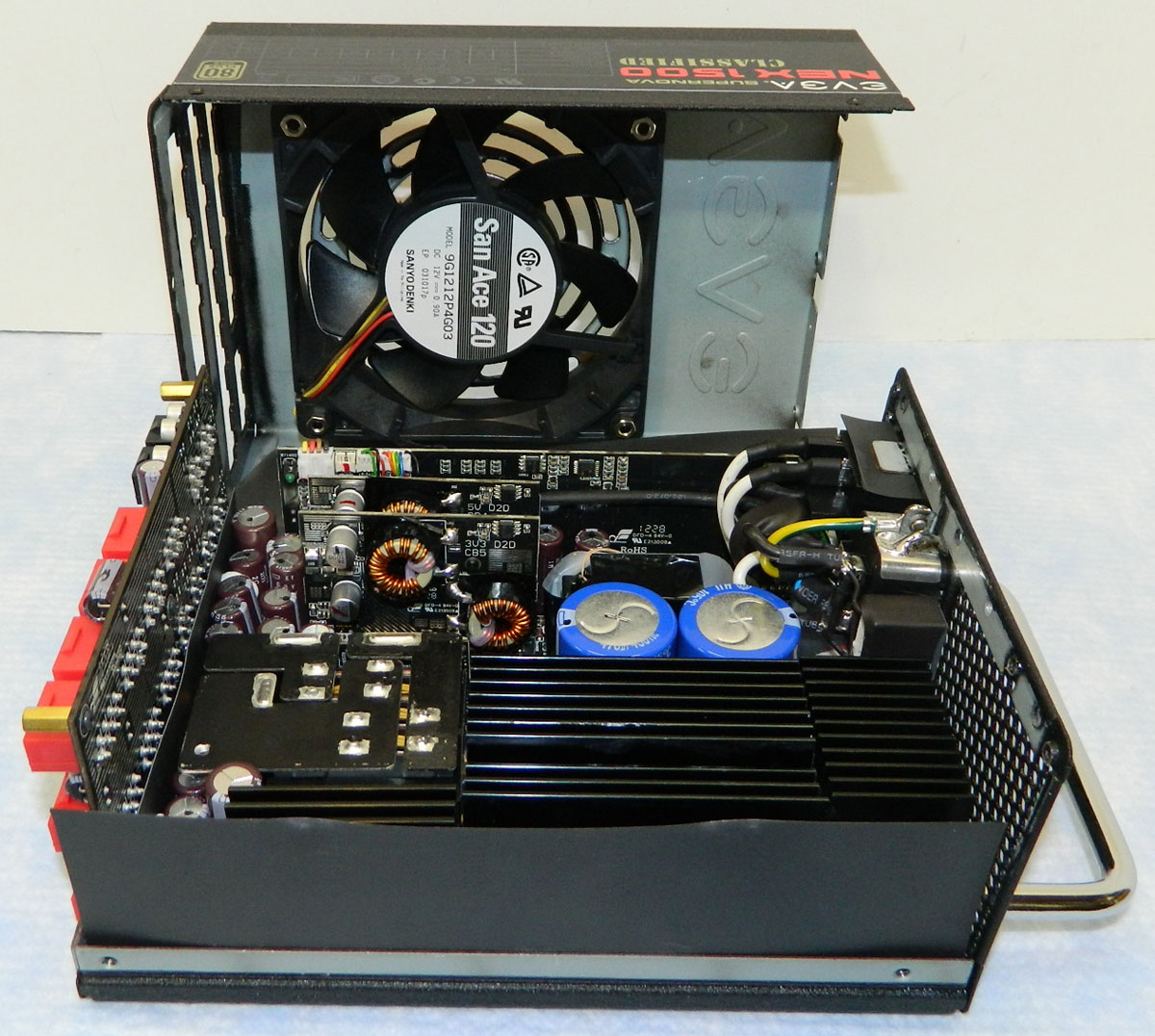 Here are a few pictures showing the layout and components inside the EVGA SuperNOVA NEX1500 power supply.  The overall layout looks very good with components neatly organized and excellent soldering on the PCBs.  EVGA has been working with Etasis Electronics Corp. to develop the custom NEX1500 smart power supply. Etasis is a well-known name in server-class power supplies. 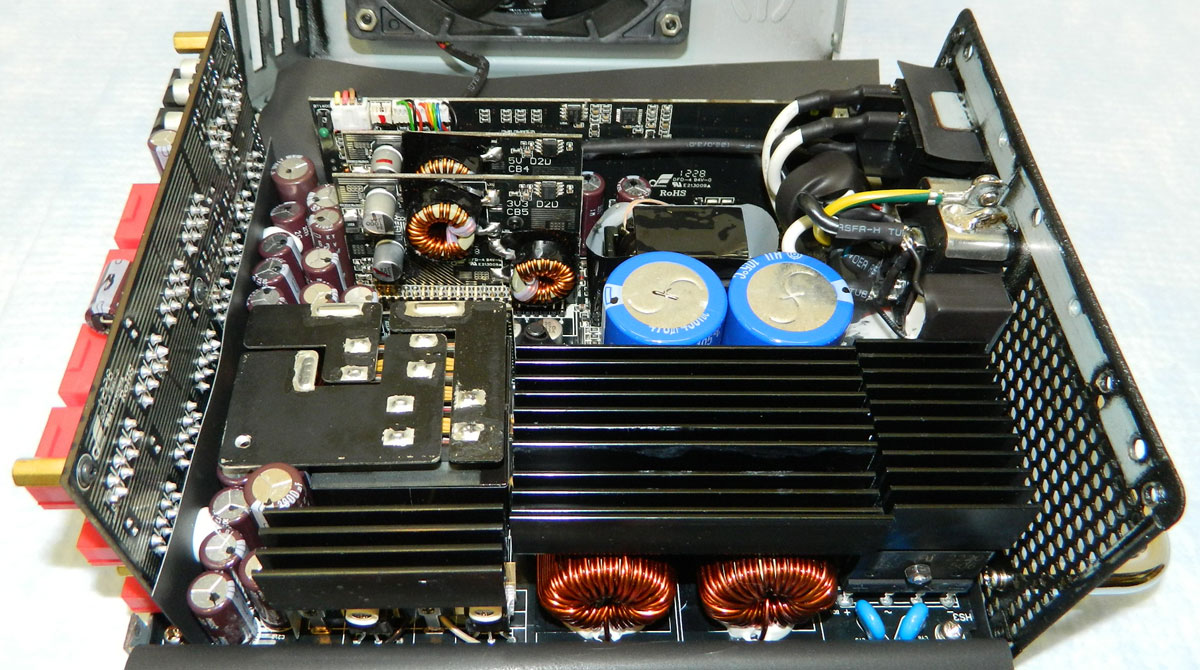 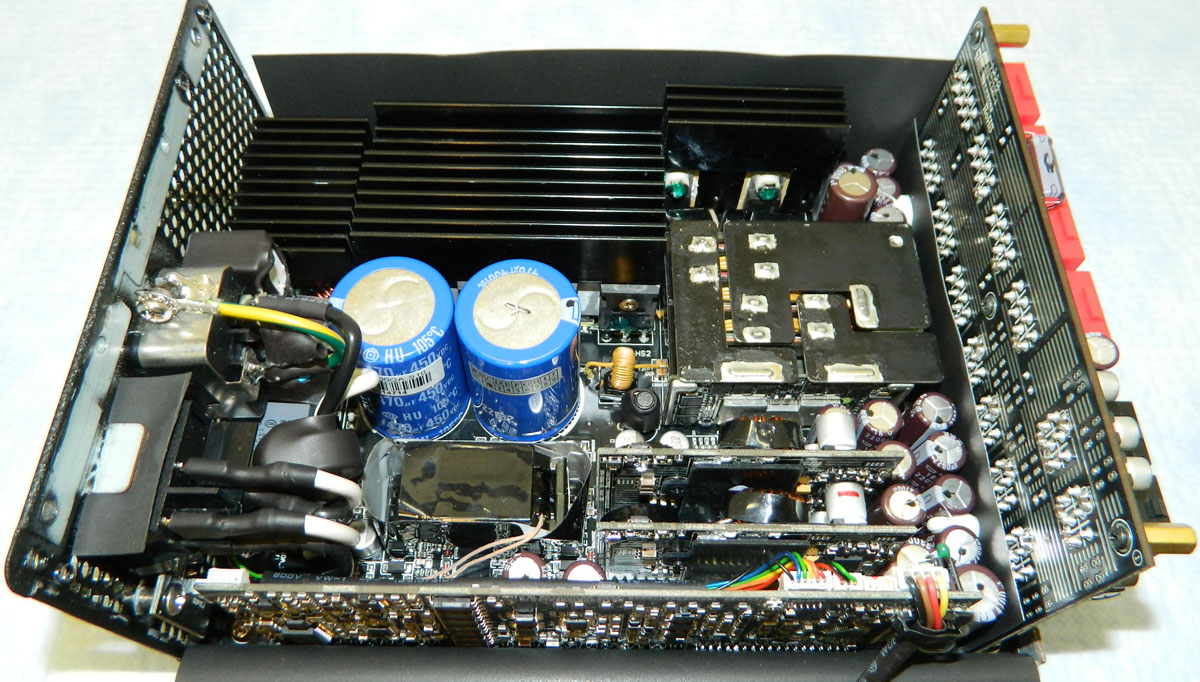 The two primary capacitors are made by Hitachi and are rated for 470 uF, 450V and 105°C each, while all of the electrolytic capacitors on the secondary side are made by Nippon Chemi-Con, two well respected Japanese capacitor manufacturers.  Solid polymer caps are used on the DC-to-DC converter boards along with a mix of electrolytic and solid polymer caps on the secondary and rear connector board.  The two DC-to-DC converter boards are clearly visible in the next photo, one generating the +3.3V output and the other the +5V output. 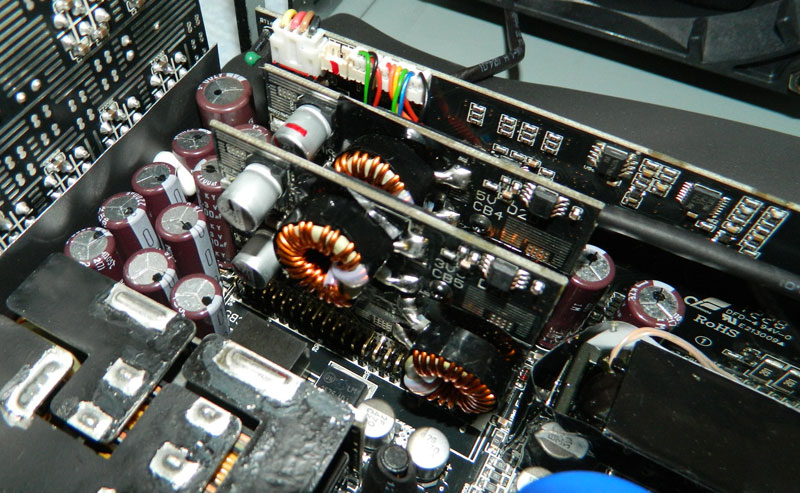 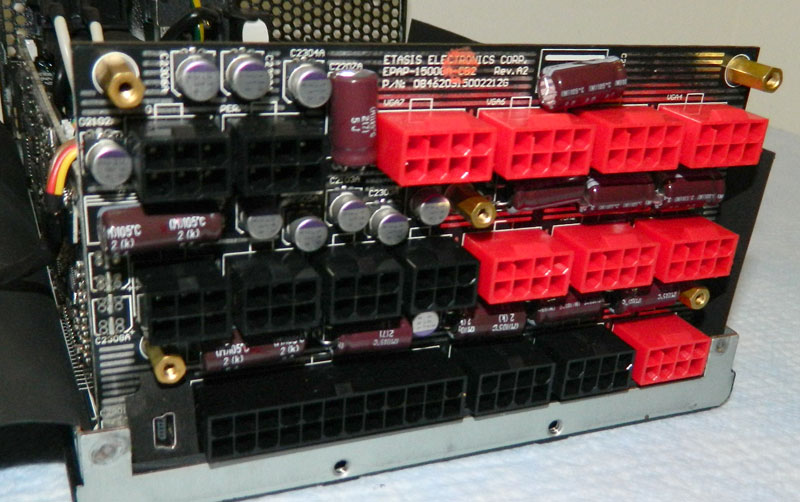 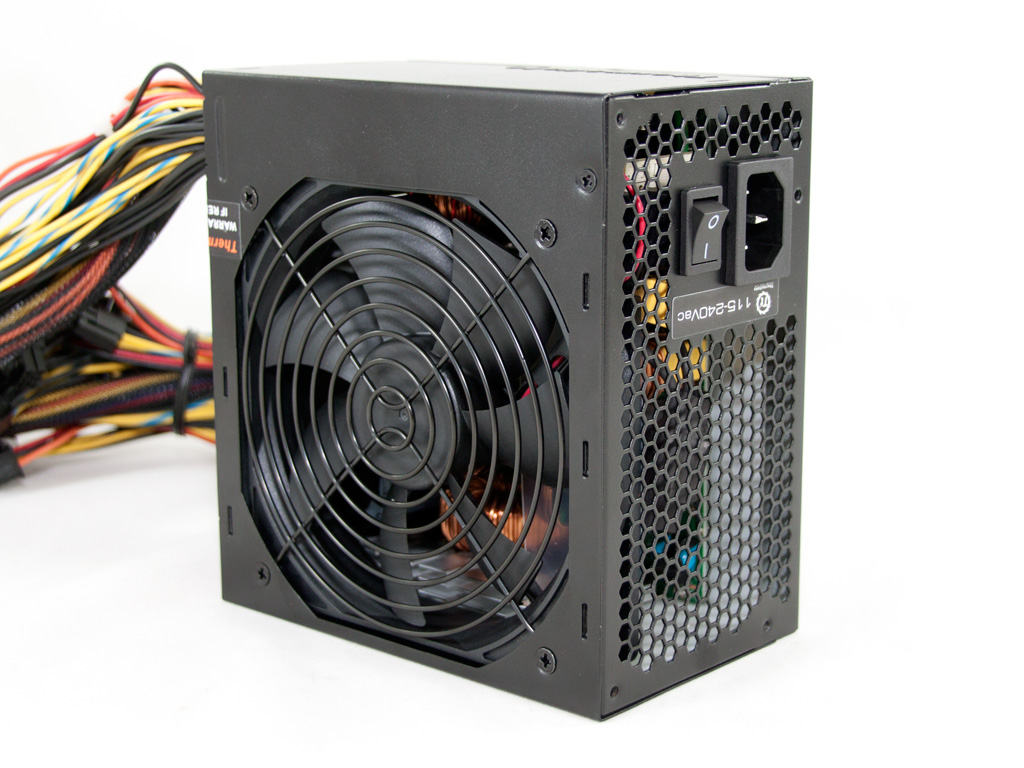 Cisco And Intel Collaborate In Building The Next-Generation Supply Chain 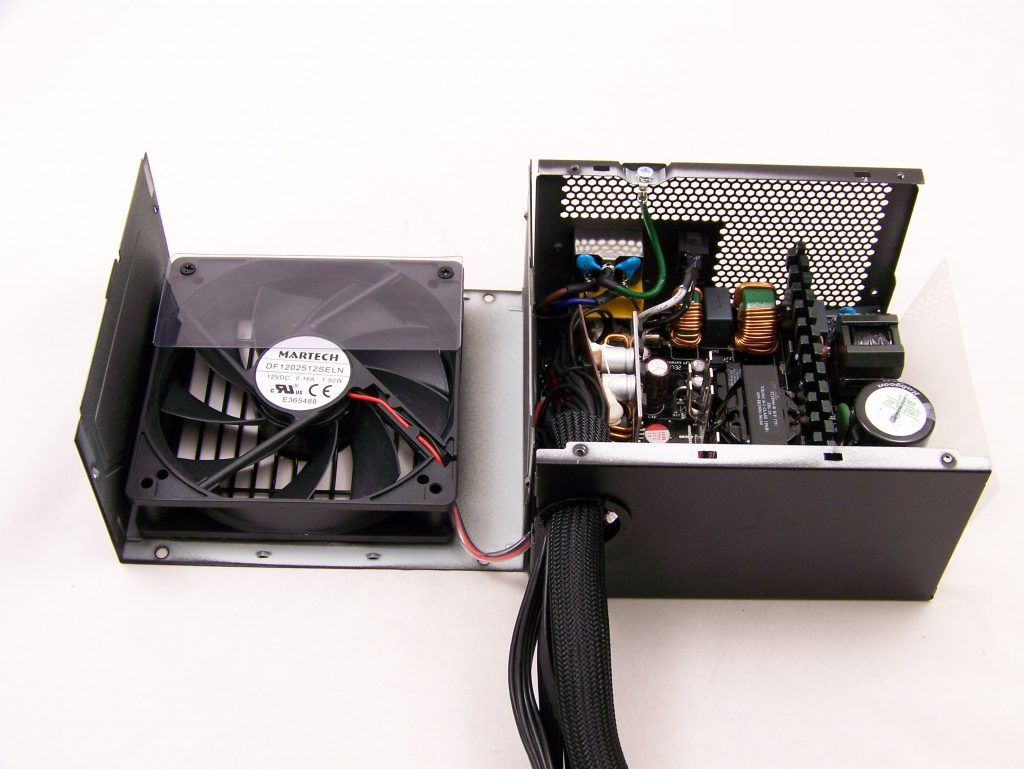 BiTFenix’s 550W PSU; Does It Have The Formula For A Gold Rating?