The HTC Windows Phone 8X will be the company’s flagship WP8 smartphone. On the outside, the HTC phone features a 4.2” Super LCD 2 display with a resolution of 1280×720 pixels (341 PPI). The smartphones will come in yellow, red, black, and blue colors. The front of the device is flat with a ring of color (of your choice) while the back and edges are rounded. No specific dimensions were given, but the smartphone weighs 130 grams. Cameras include a 2.1 MP front-facing camera for video calling that is capable of recording 1080p video as well as an 8 MP rear camera. 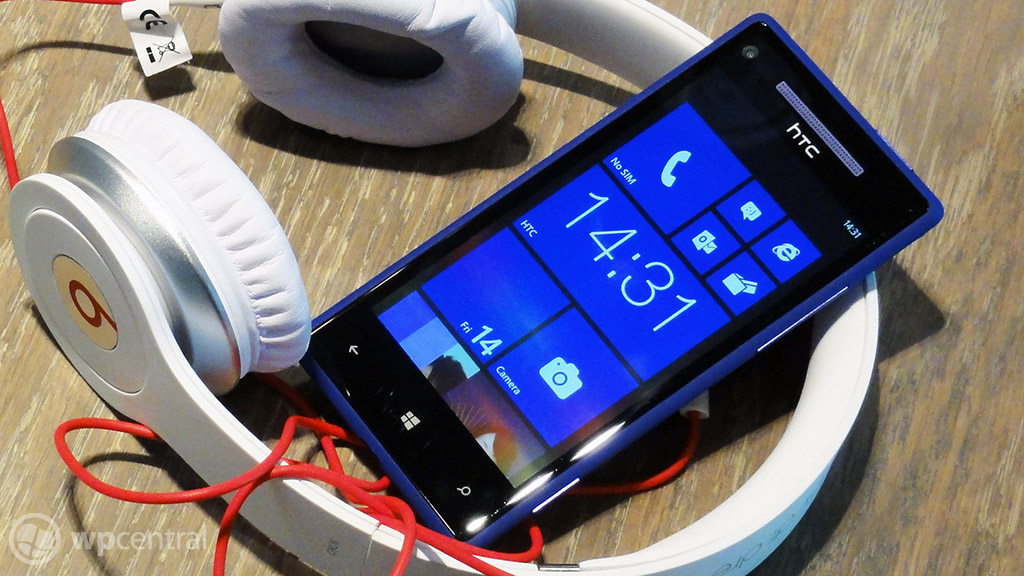 Internal specifications include a 1.5GHz dual core SnapDragon S4 SoC, 1GB of RAM, 16GB of internal storage, and an 1800 mAh battery. Wi-Fi and NFC radios are also present, but the Windows Phone 8X does not appear to support US LTE networks similar to the Samsung ATIV S. On the audio side of things, HTC is touting Beats Audio functionality and an internal amplifier that will allow users to attach larger headphones to the HTC 8X.

The 8X is not the only Windows Phone 8 smartphone that HTC is releasing. Positioned as a budget WP8 option is the HTC Windows Phone 8S. This device goes for a two-tone approach by placing a strip of color along the bottom of the front that extends to fill the entire back. The area around the display is black, and the available colors include white, yellow, red, and blue. It weighs in at 113 grams, which makes it the lightest WP8 smartphone announced so far.

The front of the device features a 4” Super LCD with resolution of 800×480 (233 PPI), and a row of capacitive buttons. There is no front-facing camera on this smartphone, but it does have a mircoSD card slot (unlike the 8X).

Internal specifications include a dual core SnapDragon S4 SoC running at 1GHz, 512MB of RAM, 4GB of internal storage, and a 1700 mAh battery. The HTC 8S does feature a 5MP rear camera that is capable of recording 720p video. Radios include Wi-Fi and at least 3G. It does not appear to support LTE networks. There is also no NFC support. 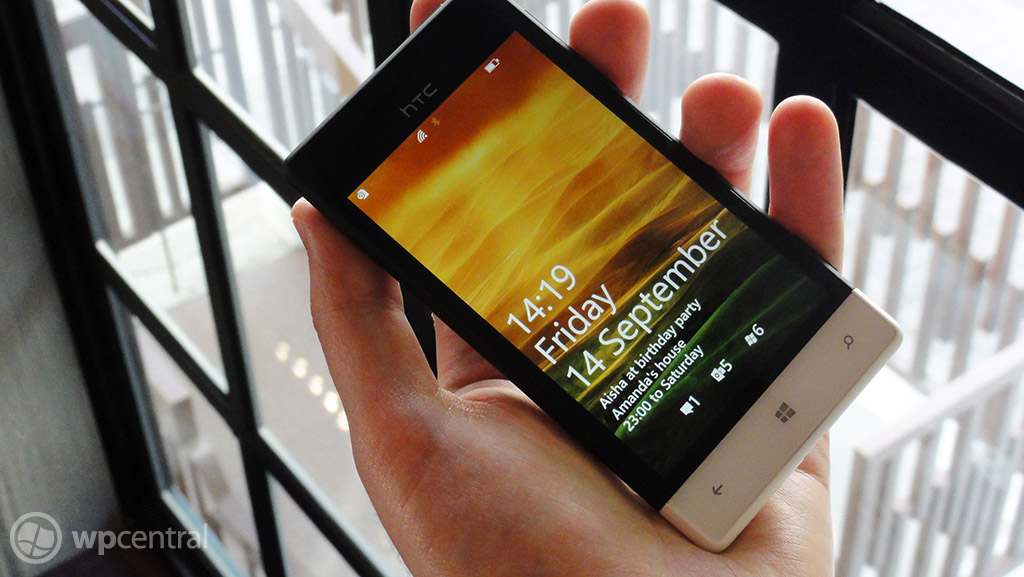 WPCentral got hands-on time with the 8S.

The HTC 8S also has support for Beats audio, and HTC is including a Beats Audio application that will allow users to adjust audio output settings.

HTC has not announced any specific pricing, but both models should be available for purchase in November. The HTC 8X smartphone will be supported on AT&T, T-Mobile, and Verizon in the US. In Canada, Bell and Rogers will support the 8X, and in Europe it will be carried by Orange, O2, Telefonica, MTS, Three UK, T-Mobile, and Vodafone. Unfortunately, there is no word on which cellular networks will carry the HTC 8S. At least in the US, AT&T and T-Mobile seem like good bets.

Some details are not official yet (LTE support), or unknown.

The 8X and 8S are smaller than the Windows Phone 8 devices from Nokia and Samsung, and it will be interesting to see which design direction customers prefer. I would expect both of the HTC smartphones to be priced comptetively under the Nokia Lumia 920 and 820 based on the specifications to try and lure potential customers in with a lower price tag and similar feature set. As far as raw specs go, the Lumia series seems to have the upper hand, but if HTC prices these right it could be a popular and 'good enough' alternative.

You can find more photos of the 8X over at WPCentral. The video below shows off both the HTC 8X and 8S and the design concepts behind them.