Intel shared with us information about the upcoming Atom Z2760 SoC previously known as Clover Trail for the Windows 8 tablet markets.

Ahead of the release of Windows 8 and the onslaught of Windows 8-based tablets that will hit the market next month, Intel is taking the cover off the processor that many of these new devices will be powered by, the Intel Atom Z2760 previously known by the codename of Clover Trail.  Intel is claiming that the Atom Z2760 is the beginning of a completely new Atom direction, now a complete SoC (system-on-a-chip) design that lowers power requirements, extends battery life and allows Intel's x86 architecture to find its way into smaller and more portable devices.

At it's heart, Clover Trail is based on the same Saltwell CPU core design that was found in the Medfield processor powering a handful of smartphones over in Europe.  That means the Atom lineup remains an in-order architecture with a dual-issue command structure – nothing incredibly revolutionary there. 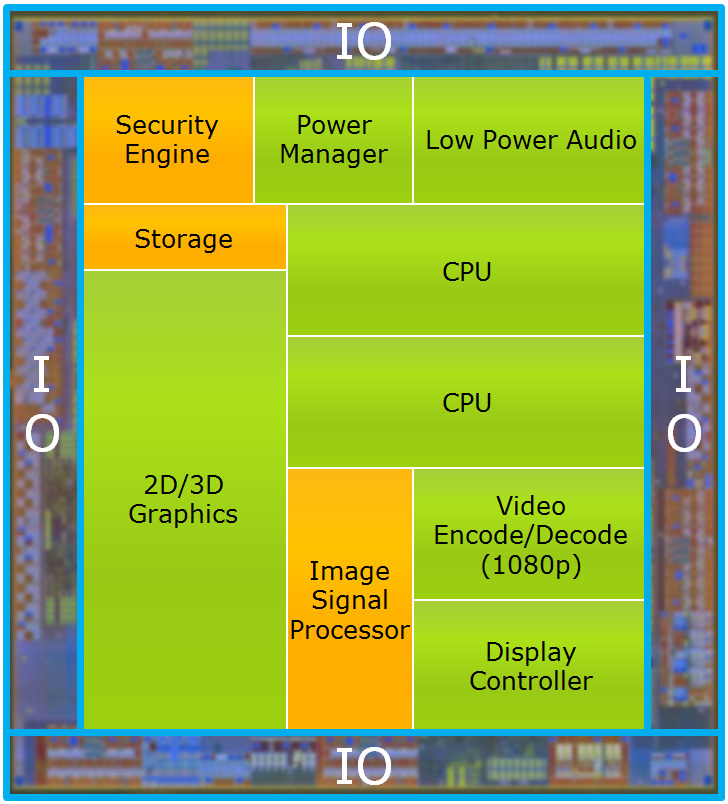 Unlike Medfield though, the Atom Z2760 is a dual-core design that still enables HyperThreading for four-threaded operating system integration.  The cores will run at 1.8 GHz and it includes 1MB of L2 cache divided between the two cores evenly.  Memory is connected through a dual-channel 32-bit bus to low power DDR2 memory running at 800 MHz and capacities up to 2GB.

Clover Trail supports a new feature called Burst Technology which is related to Turbo Boost found on Intel desktop processors, allowing the CPU cores to run at higher clock speeds and higher power consumption for short periods of time for on-demand performance increases.  This should allow the Z2760 processor to spike performance when certain applications demand it to avoid stuttering and poor user experiences.  Because of the targeted form factor this feature will obviously be more limited than what Ivy Bridge can do.

For graphics processing, the Atom Z2760 will utilize a PowerVR design, the SGX545 – running at 533 MHz and support for DX9.3L.  While previous reports did claim that Clover Trail would support DX10, that didn't make the cut and Intel instead decided to lean in with the minimum required specifications for Windows 8 support.  The SGX core is the same one used by many other SoCs including the Apple A-series chips in the iPhone 4 and the Texas Instruments OMAP powering the Galaxy Nexus.

Image processors for hardware accelerated video encoding and decoding are included, support for cameras with 8MP sensors and 1080p video will all run on Z2760 powered devices.

Another big change from other Intel processors is the migration to low power I/O connections – GPIOs, I2C, UART and more are included (as they were for Medfield) in addition to standard USB 2.0 channels to allow for lower power communications with radios and touch input devices.

Clover Trail will be built on Intel's 32nm High-K Metal Gate technology NOT on the 22nm process that is currently powering the Ivy Bridge based desktop parts.  Intel normally has the advantage in process though both Samsung and TSMC are currently running 32nm processes as well powering quite a few other SoCs. 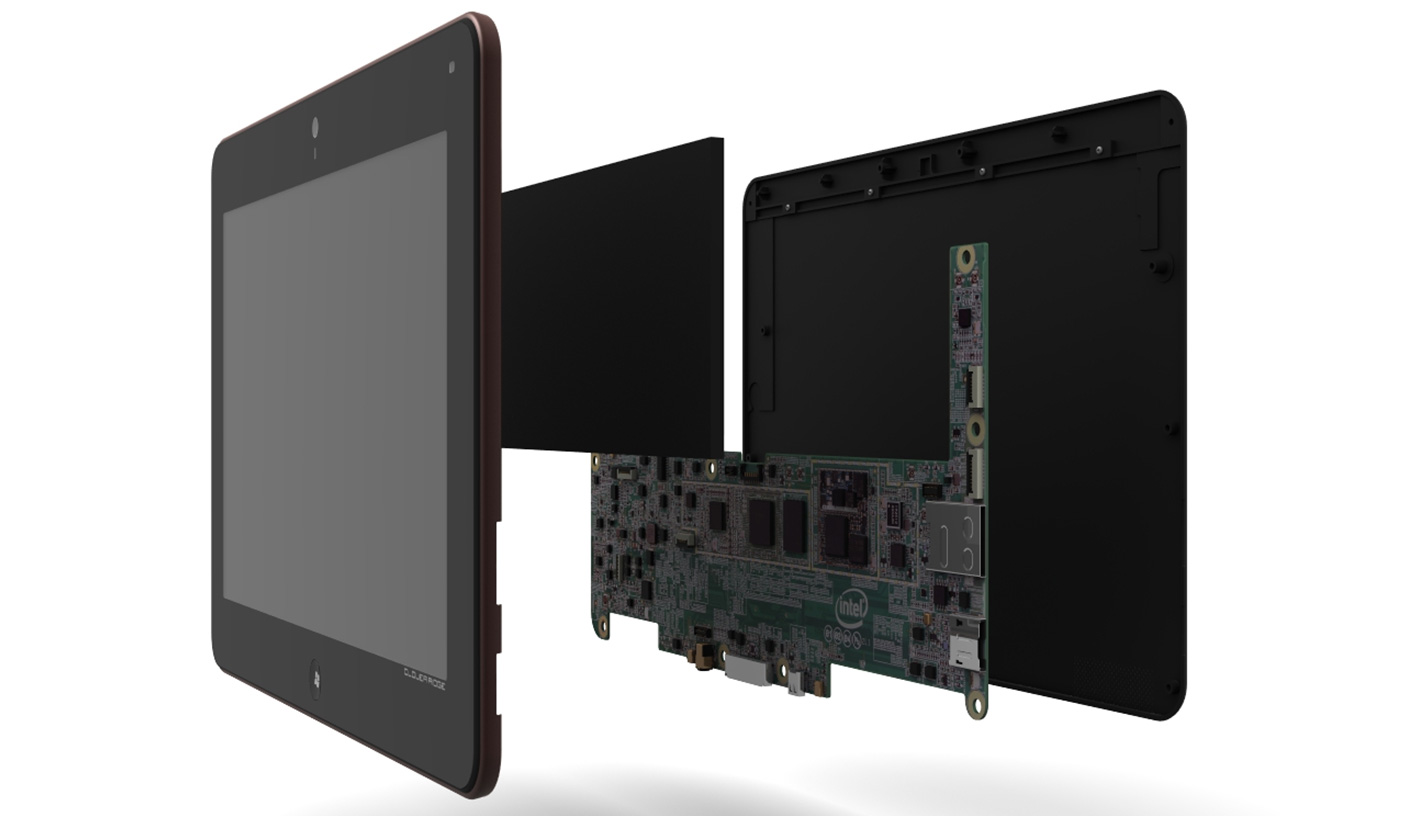 The result of all of this hardware is the ability to build platforms that look something like the one above.  Intel built reference platforms that include all the required hardware for the Clover Trail platform and sent them off to partners to help direct design goals.  Having used this hardware first hand I can tell you that it was quite impressive – light weight yet with a great screen and highly interactive interface.  In the press release Intel claims that Clover Trail enables designs that are "as thin as 8.5mm and as light as 1.5 pounds" – enables, sure, but we'll wait to see how the market pans out next month. 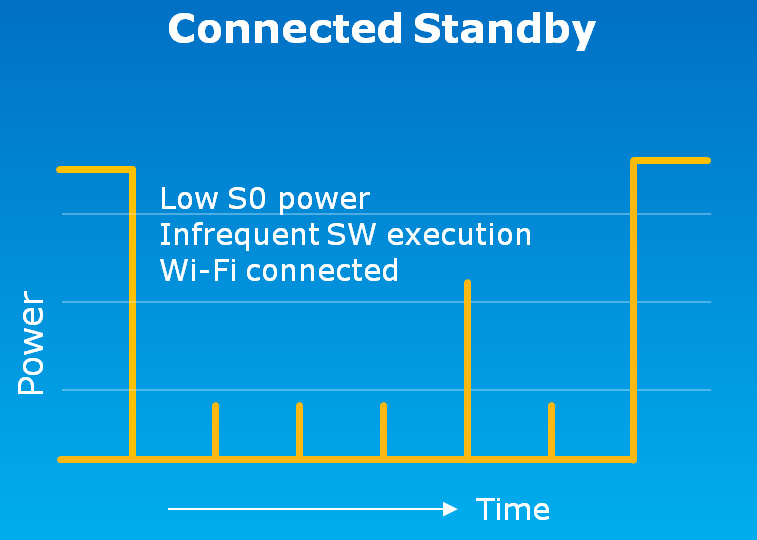 One of big improvements for Windows 8 over previous Windows operating systems is the addition of a connected standby mode that enabled quick, low power bursts of communication that enables the "always on" experience without using dramatic amounts of stored battery life.  Current Android and iPhone do this very well – if you have ever gotten a push notification for an email while the phone is in a sleep state then you have experienced a "connected standby" system.

While all current ARM-based SoC designs are developed with connected standby in mind, Medfield and Clover Trail are among the first Intel designs to plan for it.  Intel demonstrated the power benefits of the Atom Z2760 to us with some diagrams that showed the power management structures. 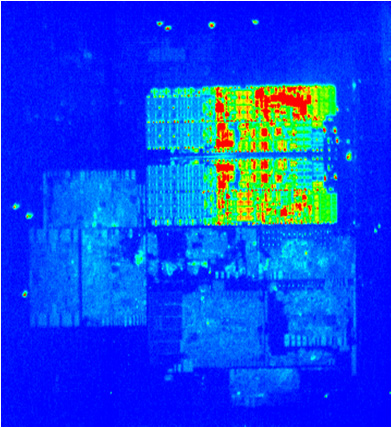 Above you'll see the power consumption and heat distribution while Clover Trail is in an active state (S0).  The two Saltwell CPU cores are chugging along while the graphics, image processing and display controllers are noticeably "quieter." 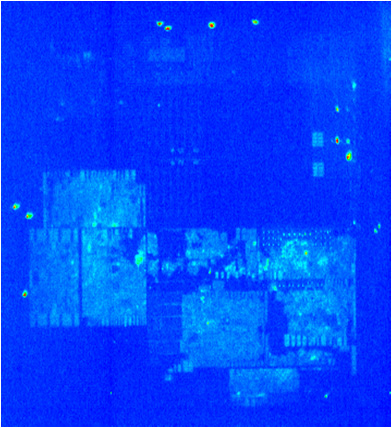 This image shows a C6 state – the traditional low-power CPU mode that Windows and current processors have supported.  While the Saltwell cores are powered down quite nicely the rest of the SoC is still consuming more power than is necessary for connected standby to function. 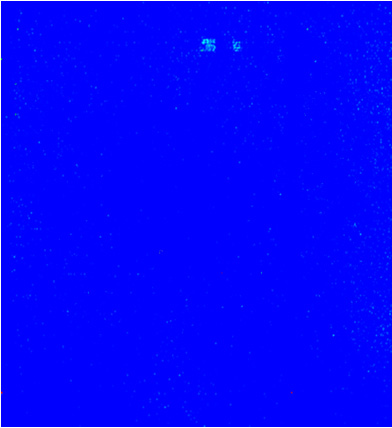 Here is the Clover Trail SoC at a compete idel state (S0i3); only the power management blocks at the top of the die are active, waiting for the wake commands to operate on incoming data or to prepare the rest of the silicon for further action.  Intel claims that at this state the Atom Z2760 will use less than 2 mW of power. 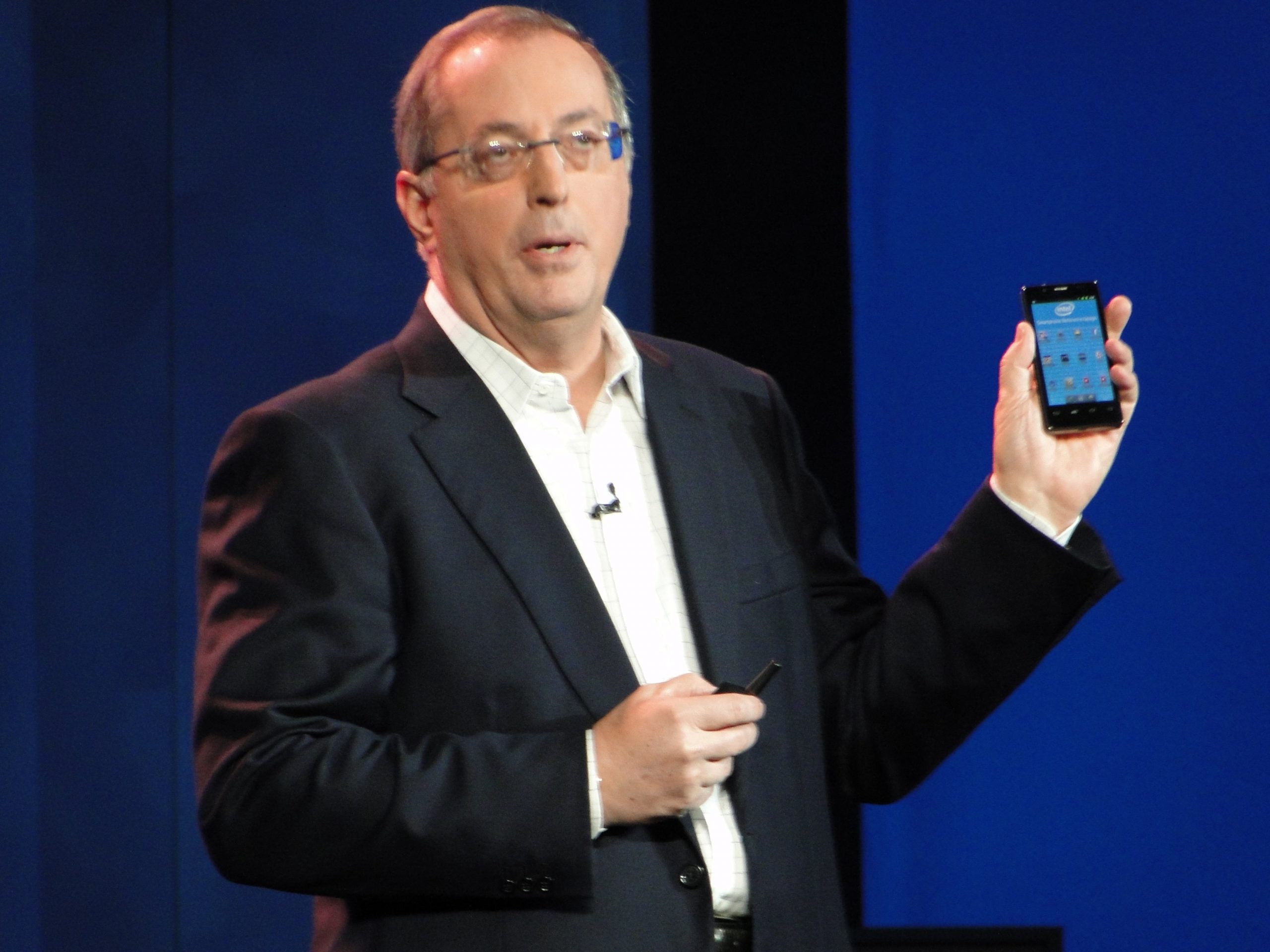