The Carbon’s temperature performance is average for an ultrabook. At idle most areas of the laptop hover between 86 and 88 degrees Fahrenheit, but a few areas in the center of the chassis vault just over 90 degrees. Load increases temperatures in these areas to a maximum of 103 degrees, which is toasty, but far from the hottest in the category.

Fan noise is prevalent even at idle. The volume of noise does not become overwhelming at load, but the fan does have an whiney quality which grated on my nerves. That’s a side-effect of the small size. There’s no room for a larger fan that could achieve similar airflow at lower RPM.

Picking up this laptop is a breeze. It’s light, grippy and offered a nice lip around the bottom of the chassis. I can imagine stressed business-people dramatically picking this up and tucking it in an arm while they make a break for the next PowerPoint presentation. They’ll barely notice the laptop’s 3-pound weight or its maximum thickness of three-quarters of an inch.

They will be dismayed on arrival to their meeting, however, because the battery might be flat. Lenovo ships the Carbon with a tiny 2,800 mAh battery. It does have an impact on endurance. 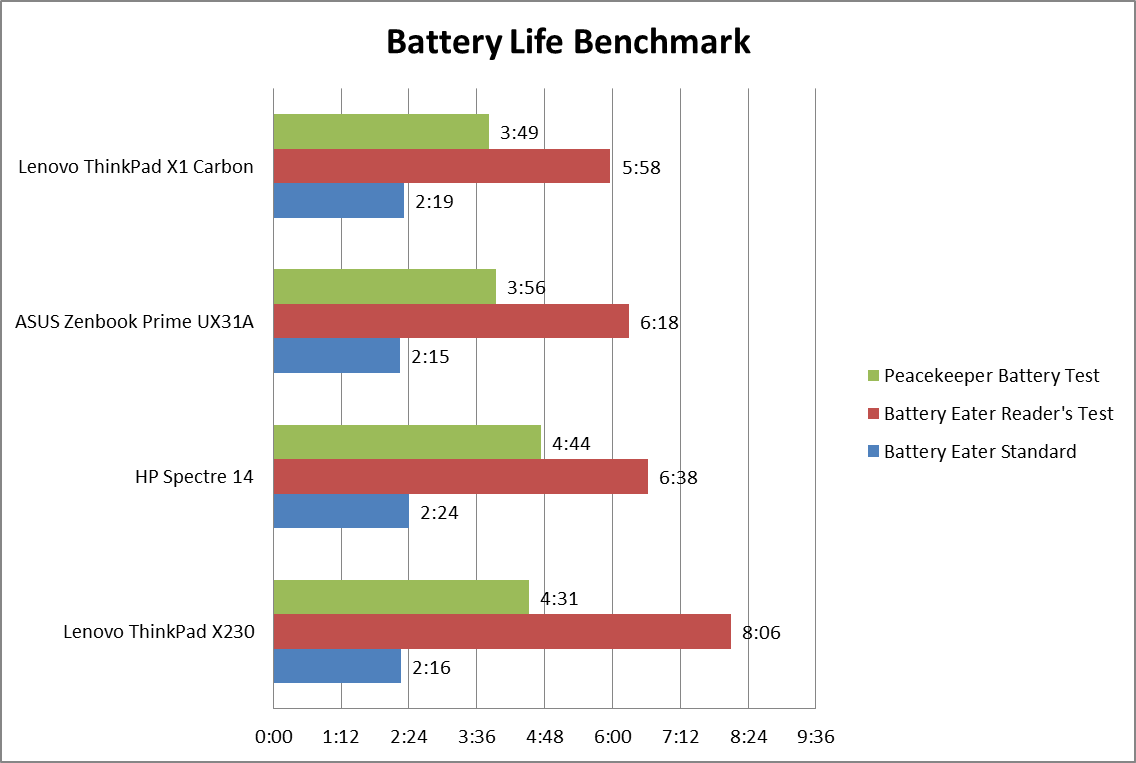 As you can see, the endurance results are not good. All of the competitors listed beat the Carbon – even the UX31A–which I also bashed a bit because of poor endurance. The HP Envy 14 Spectre will last about 45 minutes longer and the ThinkPad X230’s massive battery allows it hours of additional light-load usage. The battery is integrated, of course, so once you’re out you’re out – no swapping in a new battery.

However, there is a consolation prize with Lenovo Rapid Charge. This is a less publicized feature that makes it possible to fully recharge the battery in about an hour. Competitors will require at least two (and usually three).

Lenovo wisely ships the Carbon with a minimum amount of software. You’ll find nothing to annoy you on the desktop or on the taskbar – Google Chrome being the exception (Lenovo now installs it on all laptops by default). On the other hand, you do have to deal with a bundled anti-virus suite, this time in the form of Norton Internet Security.

Of course, the Carbon includes a suite of ThinkPad apps. Some are good, such as Access Connections and Power Manager. Others are just okay, like the included cloud storage by SugarSync and the included update functionality.

And then there’s Lenovo’s crazy ThinkVantage app trap, which presents system settings and software in a touch-friendly way on a device that doesn’t have a touchscreen. It’s as strange, but avoidable, as ever.

A handy guide for the partial upgrader 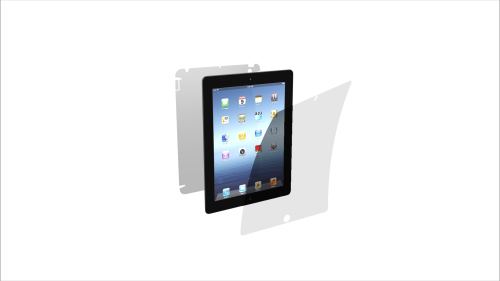