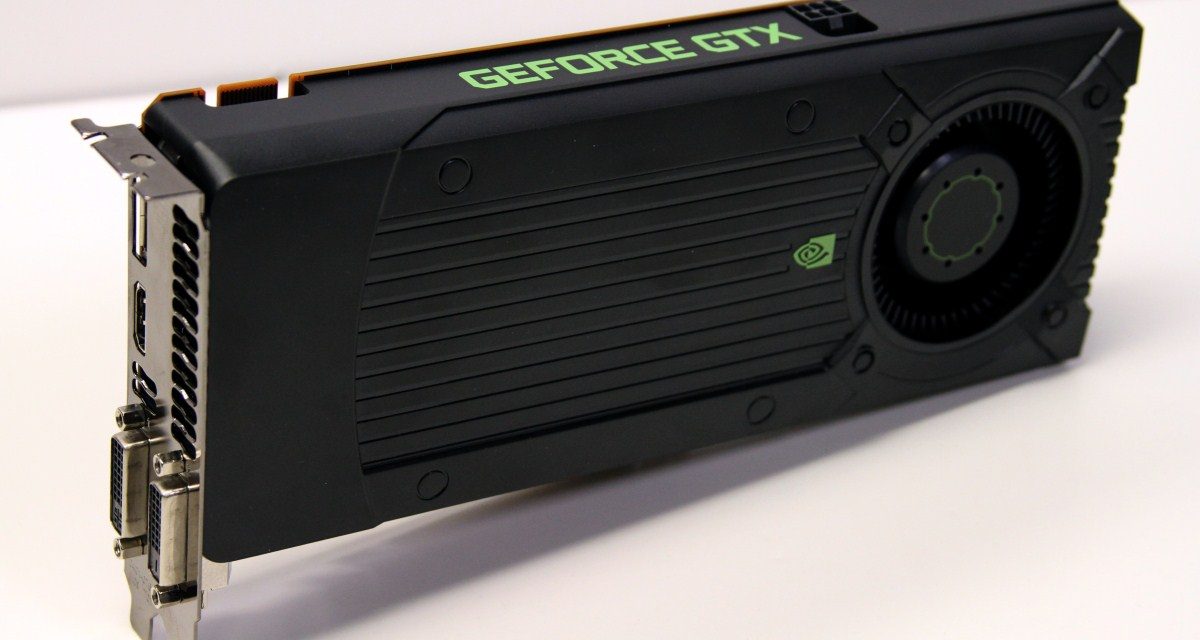 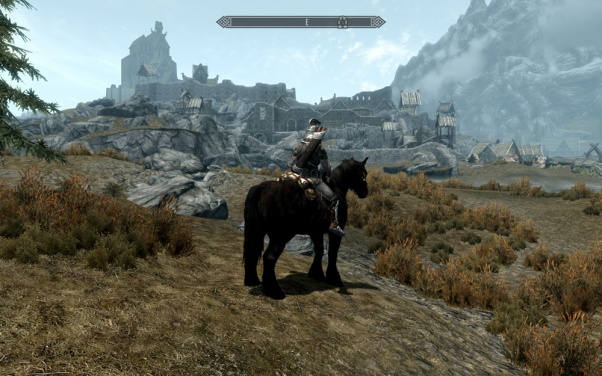 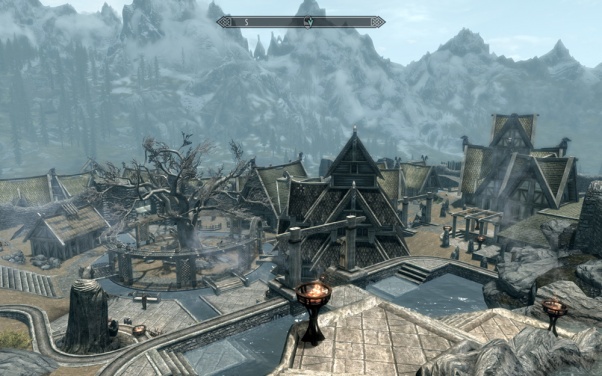 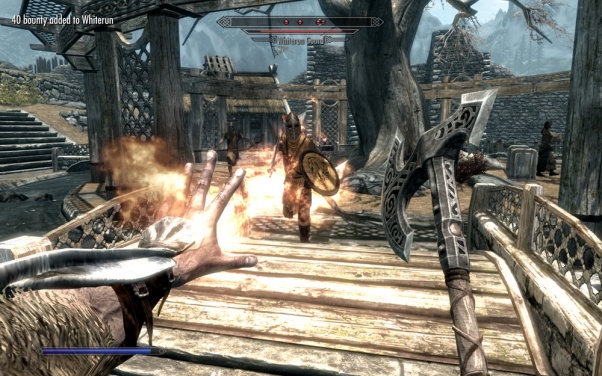 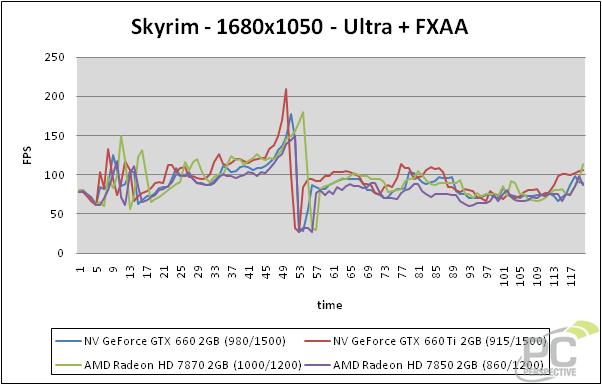 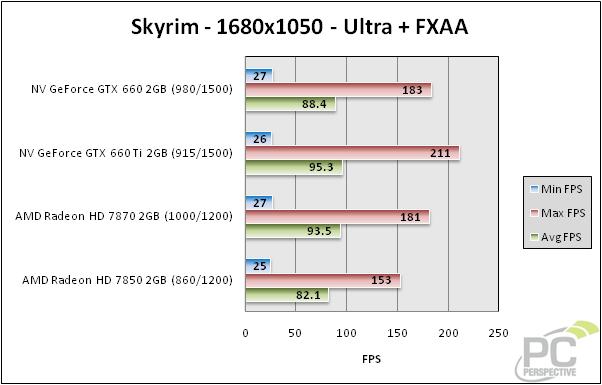 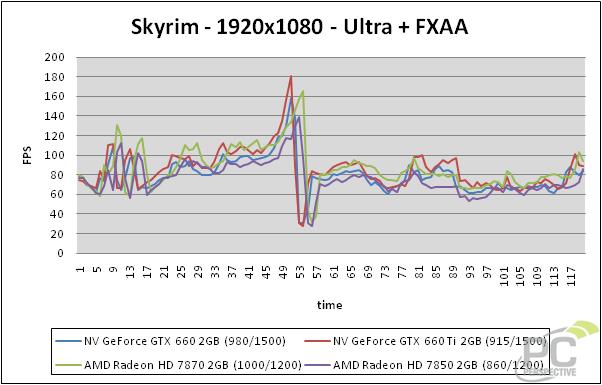 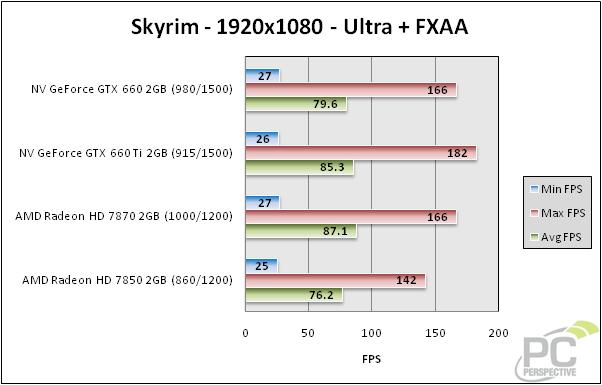 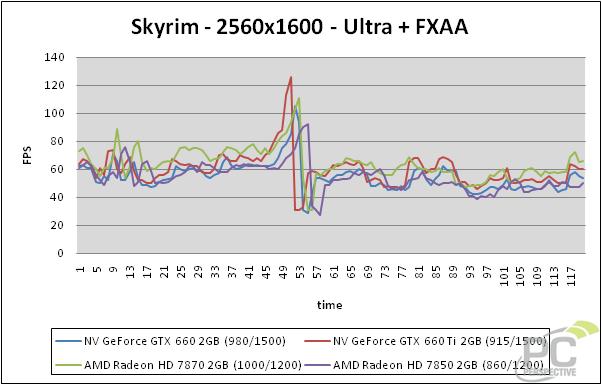 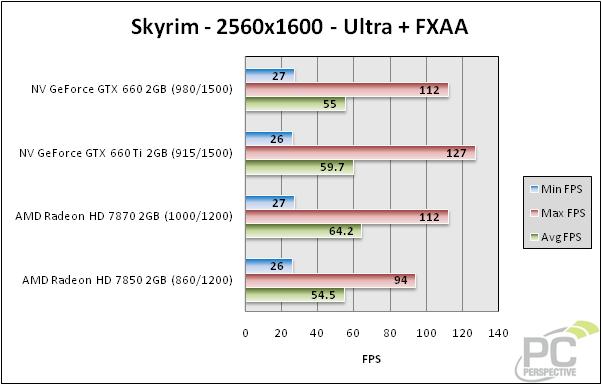 For Skyrim the GTX 660 falls between the Radeon HD 7870 and HD 7850 in terms of average frame rate though all four cards, including the GTX 660 Ti, are really really close.  Even the HD 7850 offers more than enough performance to be nearly indistinguishable from the others. 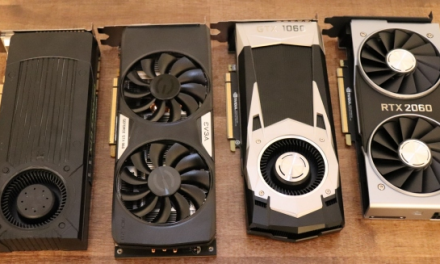