Ah, Kepler: the (originally intended as) midrange graphics card architecture that took the world by storm and allowed NVIDIA to take it from the dual-GPU GeForce GTX 690 all the way down to budget discrete HTPC cards. So far this year we have seen the company push Kepler to its limits by adding GPU boost and placing it in the GTX 690 and GTX 680. Those cards were great, but commanded a price premium that most gamers could not afford. Enter the GTX 670 and GTX 660 Ti earlier this year and Kepler started to become an attractive option for gamers wanting a high-end single GPU system without breaking the bank. Those cards, at $399 and $299 respectively were a step in the right direction to making the Kepler architecture available to everyone but were still a bit pricey if you were on a tighter budget for your gaming rig (or needed to factor in the Significant Other Approval Process™).

Well, Kepler has now been on the market for about six months, and I’m excited to (finally) announce that NVIDIA is launching its first Kepler-based budget gaming card! The NVIDIA GeForce GTX 650 brings Kepler down to the ever-attractive $109 price point and is even capable of playing new games at 1080p above 30FPS. Not bad for such a cheap card! 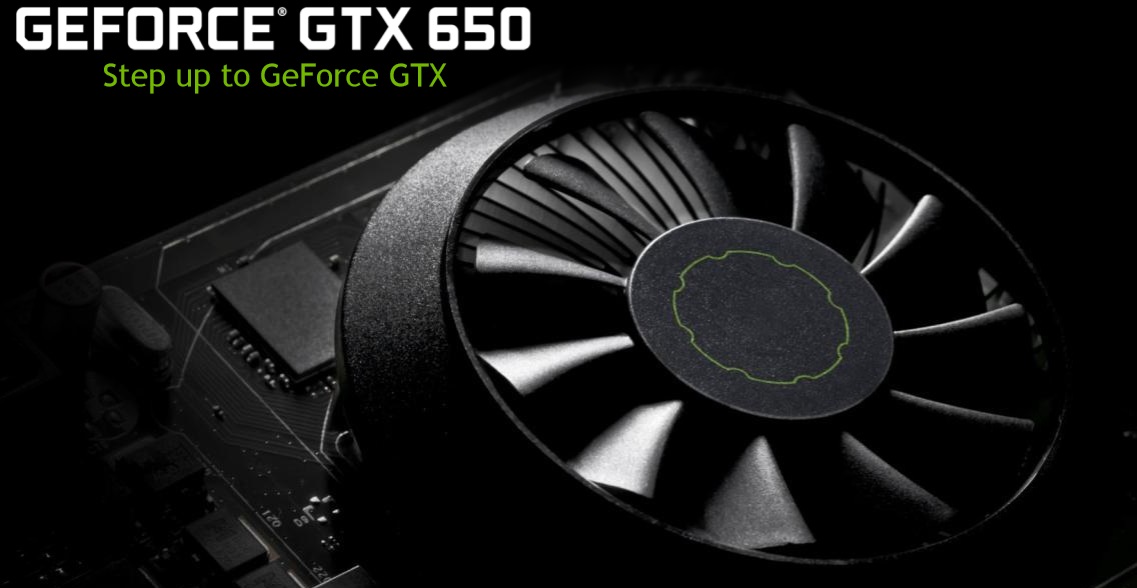 With the GTX 650, you are making some sacrifices as far as hardware, but things are not all bad. The card features a mere 384 CUDA cores and 1GB of GDDR5 memory on a 128-bit bus. This is a huge decrease in hardware compared to the GTX 660 Ti’s 1344 CUDA cores and 2GB memory on a 192-bit bus – but that card is also $200 more. And while the GTX 650 runs the memory at 5Gbps, NVIDIA was not shy about pumping up the GPU core clockspeed. No boost functionality was mentioned but the base clockspeed is a respectable 1058 MHz. Even better, the card only requires a single 6-pin PCI-E power connector and has a TDP of 64W (less than half of its higher-end GeForce brethren).

The following chart compares the specifications between the new Geforce GTX 650 through the GTX 670 graphics card.

Click on the above chart for a larger image.

The really important question is how well it handles games, and NVIDIA showed off several slides with claimed performance numbers. Taking these numbers with a grain of salt as they are coming from the same company that built the hardware, the GTX 650 looks like a capable GPU for the price. The company compared it to both its GTS 450 (Fermi) and AMD’s 7750 graphics card. Naturally, it was shown in a good light in both comparisons, but nothing egregious. 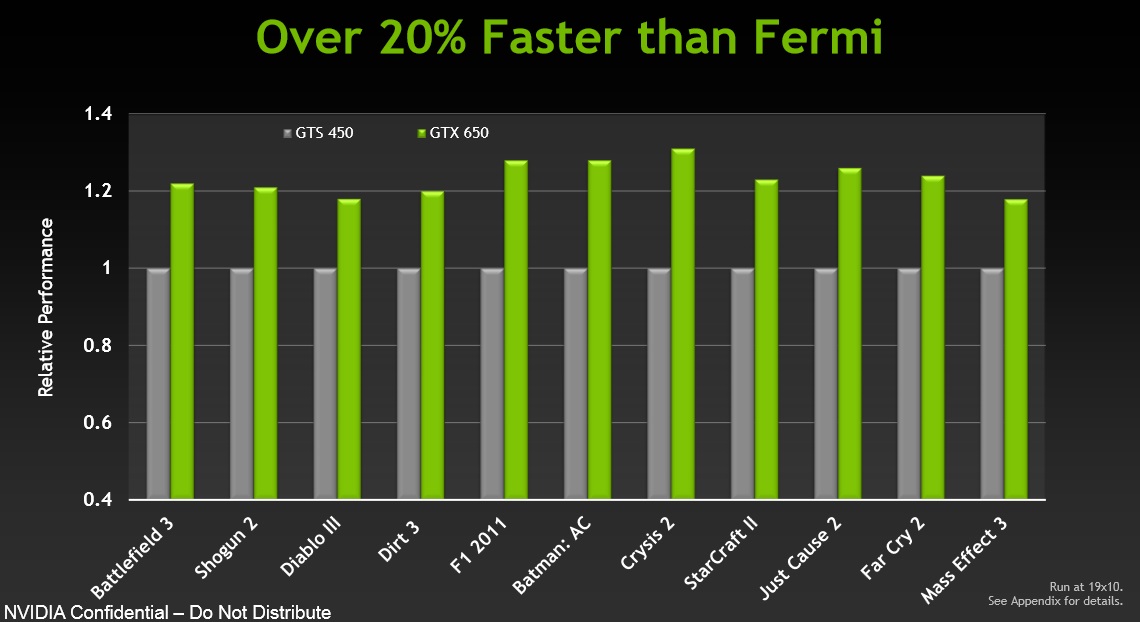 The comparison between the GTX 650 and AMD Radeon HD 7750 is harder to gauge, though the 7750 is priced competitively around the GTX 650’s $109 MSRP so it will be interesting to see how that shakes out. NVIDIA is claiming anywhere from 1.08 to 1.34 times the performance of the 7750 in a number of games, shown in the chart below. 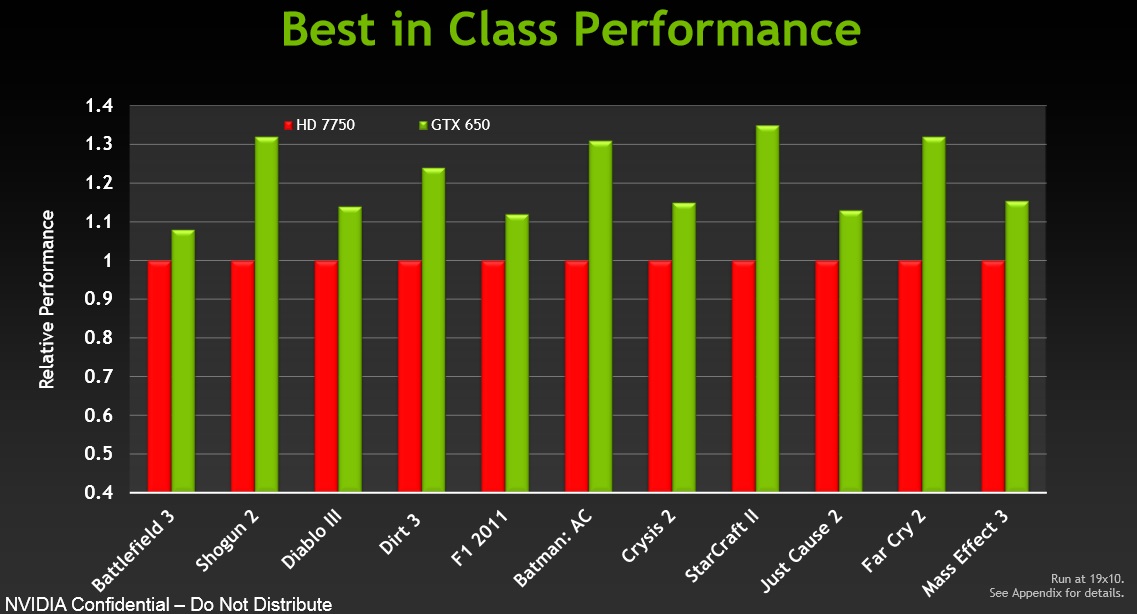 If you have been eyeing a 7750, the GTX 650 looks like it might be the better option, assuming reviewers are able to replicate NVIDIA’s results.

Keep in mind, these are NVIDIA's numbers and not from our reviews.

Unfortunately, NVIDIA did not benchmark the GTS 450 against the GTX 650 in the games. Rather, they compared it to the 9500 GT to show the upgrade potential for anyone still holding onto the older hardware (pushing the fact that you can run DirectX 11 at 1080p if you upgrade). Still, the results for the 650 are interesting by themselves. In MechWarrior Online, World of Warcraft, and Max Payne 3 the budget GPU managed at least 40 FPS at 1920×1080 resolution in DirectX 11 mode. Nothing groundbreaking, for sure, but fairly respectable for the price. Assuming it can pull at least a min of 30 FPS in other recent games, this will be a good option for DIY builders that want to get started with PC gaming on a budget. 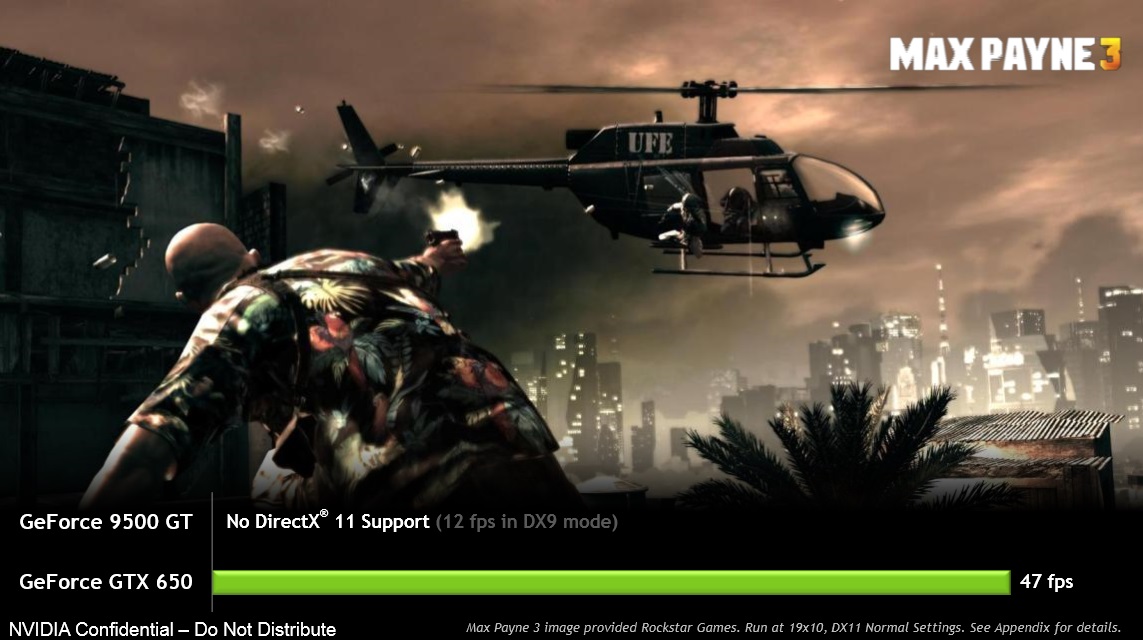 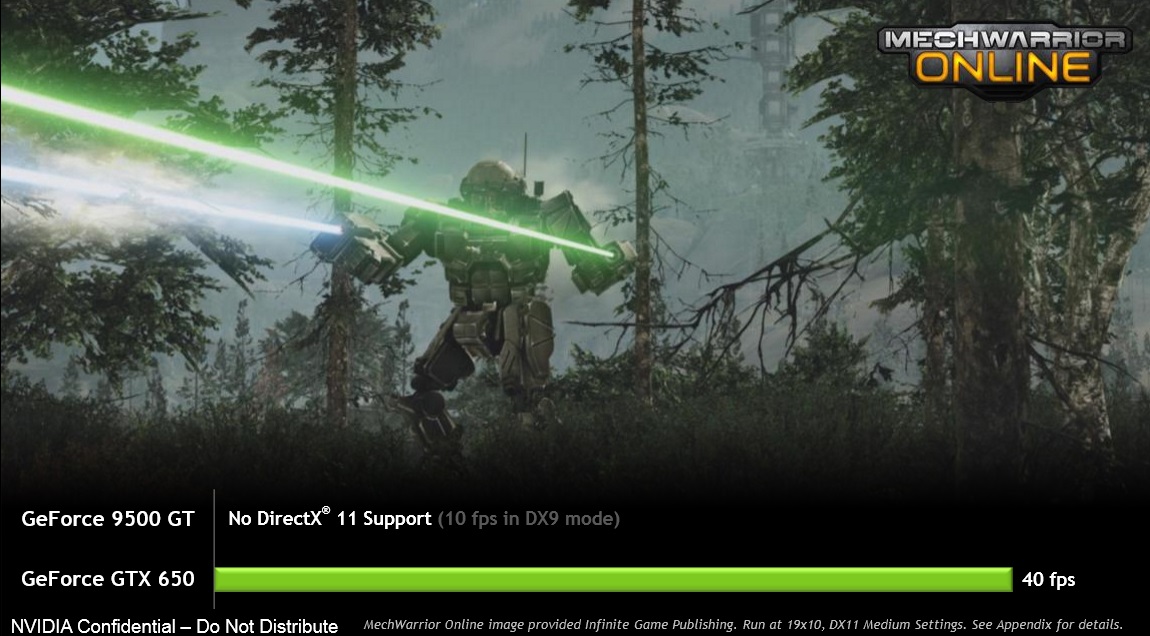 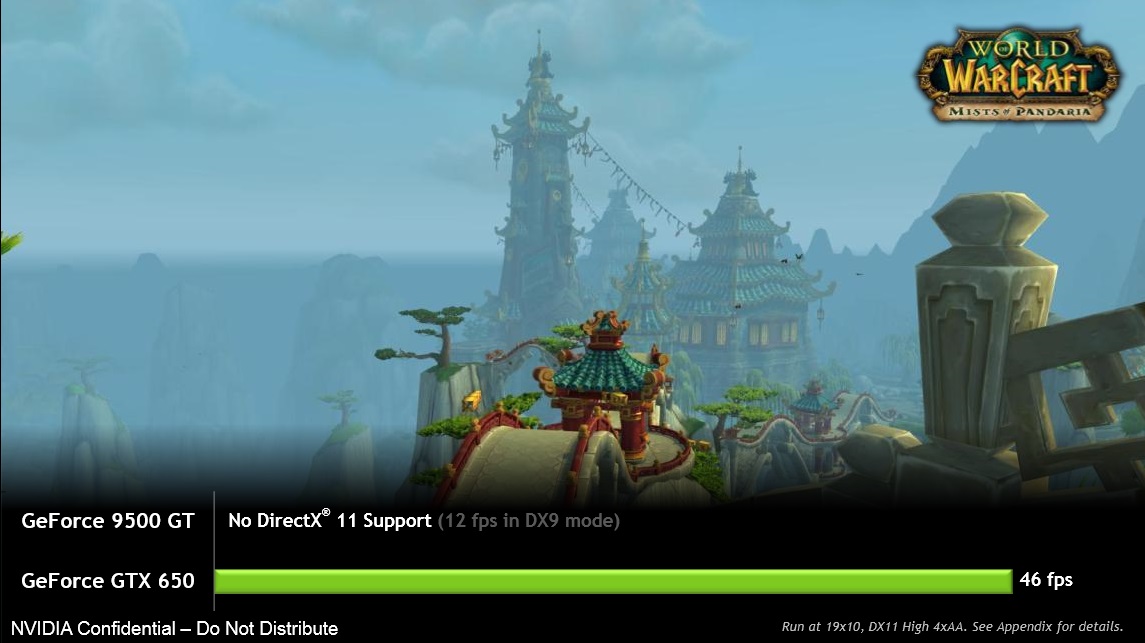 All in all, the NVIDIA GeForce GTX 650 looks to be a decent card and finally rounds out the Kepler architecture. At this price point, NVIDIA can finally give every gamer a Kepler option instead of continuing to rely on older cards to answer AMD at the lower price points. I’m interested to see how AMD answers this, and specifically if gamers will see more price cuts on the AMD side. 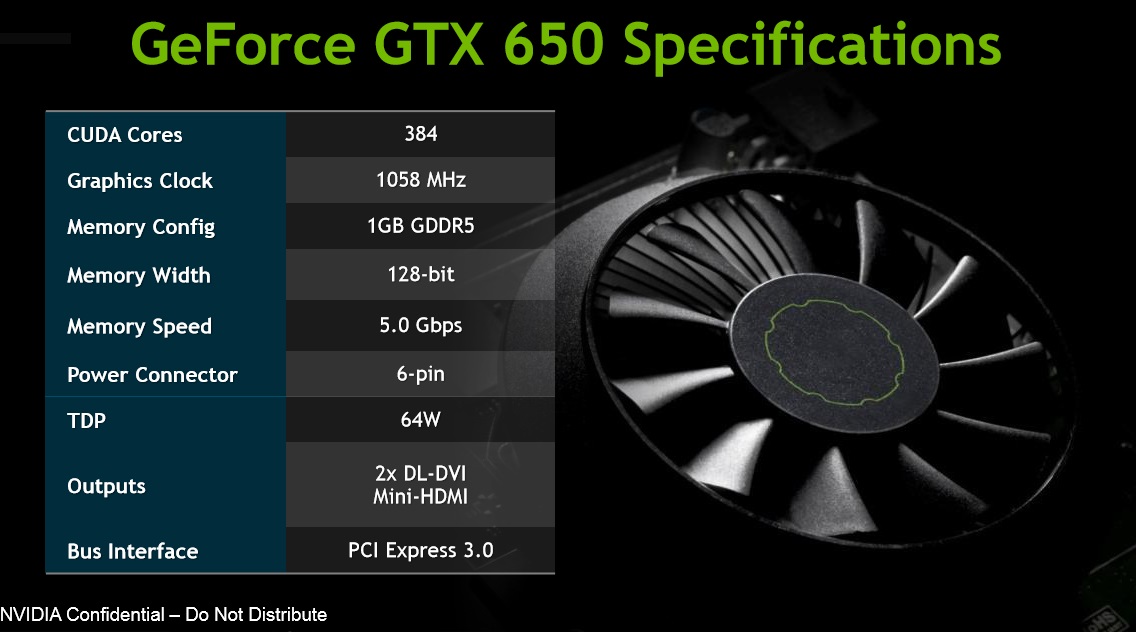 If you have not already, I strongly recommend you give our previous Kepler GPU reviews a read through for a look at what NVIDIA’s latest architecture is all about.