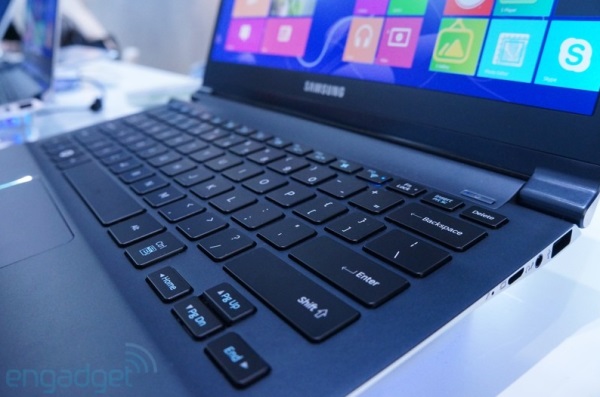 The Internationale Funkausstellung Berlin (IFA) 2012 electronics show in Berlin has seen numerous Windows 8 tablets, but those are not the only mobile devices on the show floor. Samsung is at the event with its lineup of Series 9 Ultrabooks, for example.

The most interesting model is a prototype (engineering sample) Series 9 ultrabook that sports a WQHD display. That’s right, the 11.6” and 13.3” ultrabooks have displays with a resolution of 2560×1440 pixels! The new display has a pixels-per-inch (PPI) rating of 220.84, which is a major improvement over the current 13” Series 9 ultrabook’s 1600×900, 138.03 PPI display. The new prototype Series 9 has a total display resolution lower than the 2880×1800 “Retina” display in the 15” Macbook Pro, but due to its overall smaller size at 13,” the PPI is comparable. In fact, it is ever-so-slightly higher at 220.84 PPI versus 220.53 for the Apple Macbook Pro. In addition, the Series 9 display features a matte finish, which is something road warriors will appreciate.

It seems that – except for the new higher resolution display – the prototype spotted by Engadget at IFA is exactly the same as the latest Ivy Bridge-powered Series 9 ultrabook. It features a full QWERTY keyboard and click-able multitouch trackpad. The right side of the Samsung ultrabook includes a microphone, HDMI output, combination headphone/microphone jack, and a USB 2.0 port. There is also a covered slot for a full-size SD card on the underside of the chassis. On the left side of the ultrabook is a power jack, USB 3.0 port, micro-HDMI port, and micro RJ45 Ethernet port.

Powering the Series 9 prototype is likely an Intel Ivy Bridge processor, at least 4GB of RAM and an SSD. Further, the computer comes loaded with Microsoft's latest Windows 8 operating system. Beyond that, it is impossible to know the exact parts being used as Samsung isn’t ready to unleash this notebook yet. Unfortunately, that also means that pricing and availability are also not known. 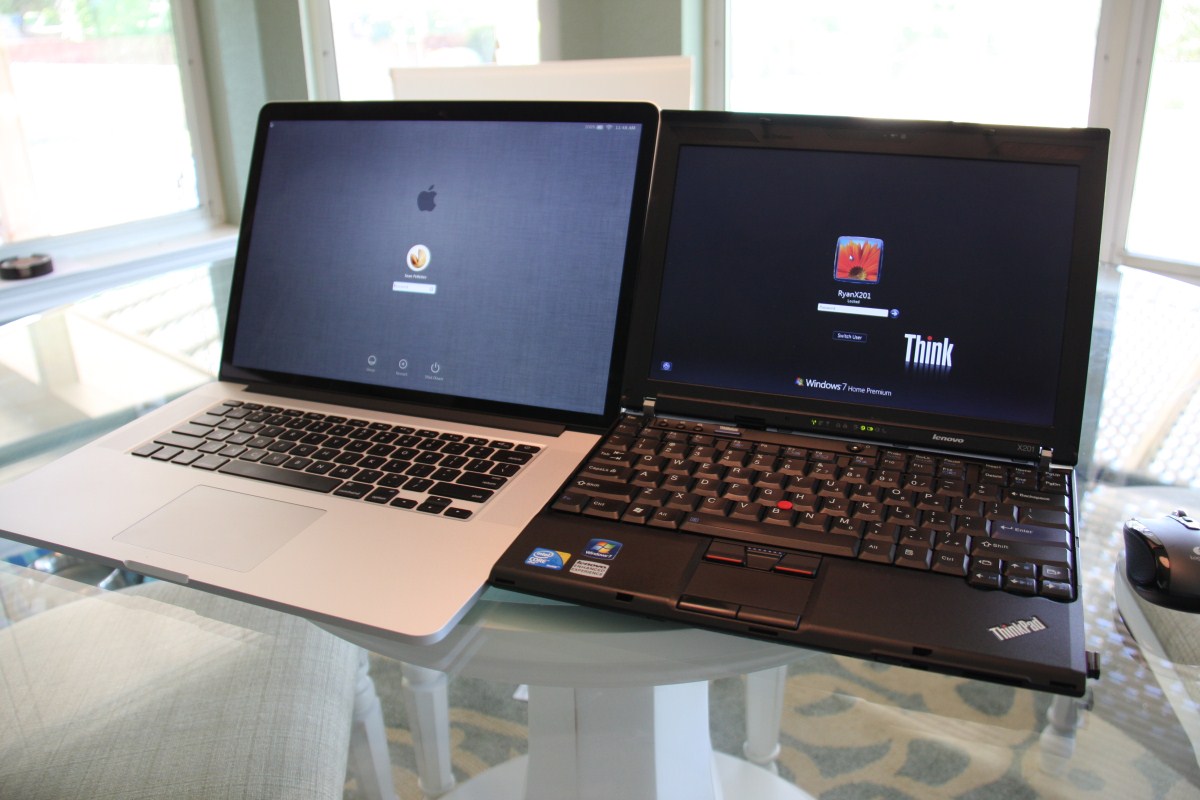 With rumors that Apple is working on a new 13” Macbook Pro with “retina” display of its own, one possibility is that the prototype Series 9 is just that – a prototype (and proof of concept) – from which the company will sell the panels to Apple for its Macbook while not coming out with its own high resolution ultrabook. On the other hand, Samsung may be pursuing this and trying to beat Apple to market with a smaller notebook packing a comparible display to Apple's current Macbook Pro.

Personally, I’m rooting for the Series 9 with 2560×1440 display to at least come to market even if the panels also end up in Macbooks (though with Samsung’s luck that would just give Apple yet another device to attempt to get an injunction on….).

Either way, the concept is certainly promising, and here’s hoping that it inspires other OEMs to step up their ultrabook designs by using higher resolution displays!

Below is a hands on video by Mat Smith over at Engadget. For more information, you can find our Series 9 review as well as an editorial on the "Retina Macbook Pro from a PC Perspective" (see what we did there?).