AMD has worked very hard in controlling their power consumption, but it has not always been easy.  While Zambezi stayed within TDP limits at stock speeds, it could really suck the juice when overclocked. 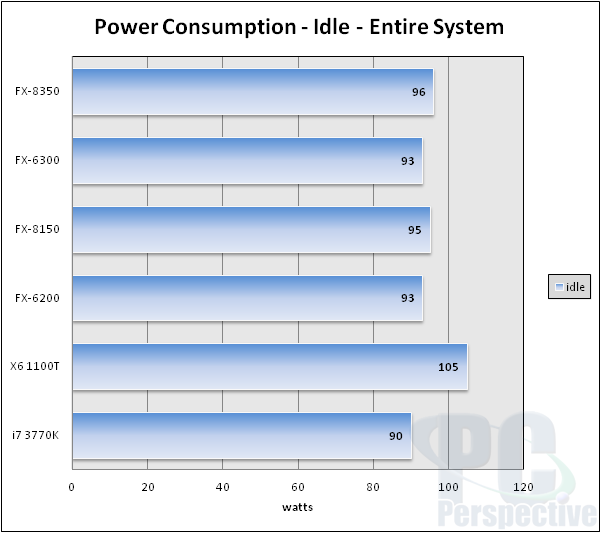 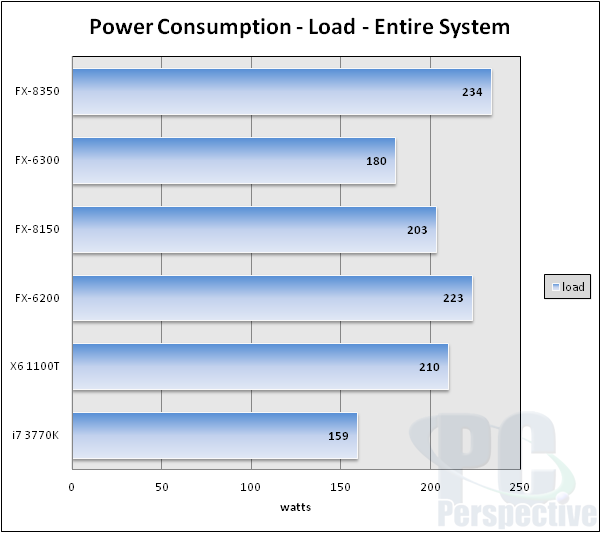 At idle all of the parts do pretty well, with the 1100T being the most power hungry of the bunch (if you really want to call it power hungry).  Once things are loaded up we see some interesting swings.  My 8350 sample pulls the most power at load (using Cinebench R11.5), even coming in some 30 watts higher than the older 8150.  This is not necessarily surprising since there is a 400 MHz difference between the two, and the 8350 does put in a better result.  The more interesting difference is that again of the 6300 vs. the 6200.  Both chips have around the same performance in Cinebench R11.5, but the power difference is some 43 watts.  The i7’s load characteristics are just sick as compared to how fast it runs.

The moment we have all been waiting for.  How far do these two processors go?  With good cooling people were often able to take the 8150 up to 4.8 GHz.  I was able to take the older FX-6200 up to 4.5 GHz pretty comfortably, though it started to get a bit shaky at that point.  So where did it all fall out here?  I used an older Thermaltake tower/heatpipe cooler with an 80 mm fan.  It is superior to the stock option from AMD, but it should not be considered an extremely good cooler.  Any self-contained LCS will do a far better job in cooling the CPU.

I was able to take the FX-6300 to 4.6 GHz core and 2.6 GHz NB/L3 cache.  I disabled the AMD Turbo functionality, as well as increased the voltage to 1.5v.  I went into the Asus BIOS and disabled some of the power protections to get as many amps to the socket as possible.  The cooler was seemingly holding this processor back.  I do believe it could have gone well above that number, but much better cooling is needed.  If a user expects these parts to hit 5 GHz on air with a marginal cooler, they are going to be disappointed. 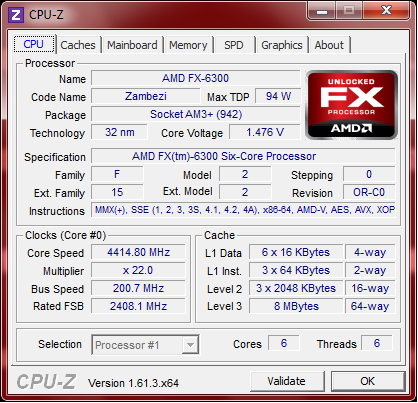 Add another 200 MHz to both core and NB/L3 and we have the final overclock of this particular chip.

The FX-8350 came in around the same.  Using the same adjustments I was able to take it to 4.6 GHz core and 2.4 GHz NB/L3 cache.  I did have to do something a bit different though.  When I ran it at 1.5v, it would trigger the thermal protection and shut the system down.  It simply got too hot.  I took the voltage down to 1.425 and it smoothed right out.  It still got pretty toasty at that speed and voltage, but this seems like a chip that begs for more voltage and better cooling.

AMD claims that most of these chips will run perfectly fine at 5 GHz with either a full water cooling system or one of the self-contained LCS (like AMD is offering with the top end part).  At 5 GHz the FX-8350 is going to be a very fast product with very good performance, with increases over stock in the range of 20% to 30% in a lot of applications.  I know I saw a nice jump even at 4.6 GHz.

When overclocked these chips again show a pretty significant jump in power consumption.  When I hit 4.6 with the FX-6300, it jumped around 60 watts at the wall.  This is quite a bit better than the older FX-6200 at 4.5/4.6 GHz, which showed a 100 watt difference at the wall as compared to stock.

At stock speeds the cooling I had was more than adequate.  Chip temps rarely got above 42C, and in fact stayed mainly around 37C to 39C in light work.  The heat does seem to ramp up pretty quickly when going above 4.2 GHz with the three and four module SKUs.  I am not sure what the new FX-4300 will do, as it only has ½ the working modules and L3 cache. 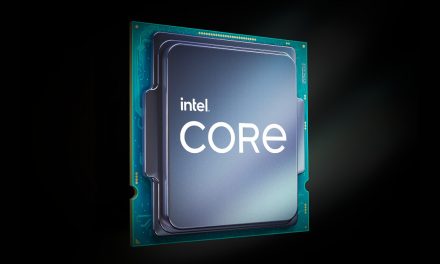