AMD is releasing four products with this launch.  While the specifications of these products did not surprise me, the actual pricing of them is far lower than what I had been expecting.  AMD caught a lot of heat by offering up the FX-8150 at $280 at introduction, especially when the much better performing Intel 2600K was only around $30 more expensive.  The lower priced Intel 2500K was also faster overall than the FX-8150, except in heavily threaded applications.  AMD seems to have learned a lesson or two here, as these products are being offered at what I would consider to be value propositions as compared to what Intel has. 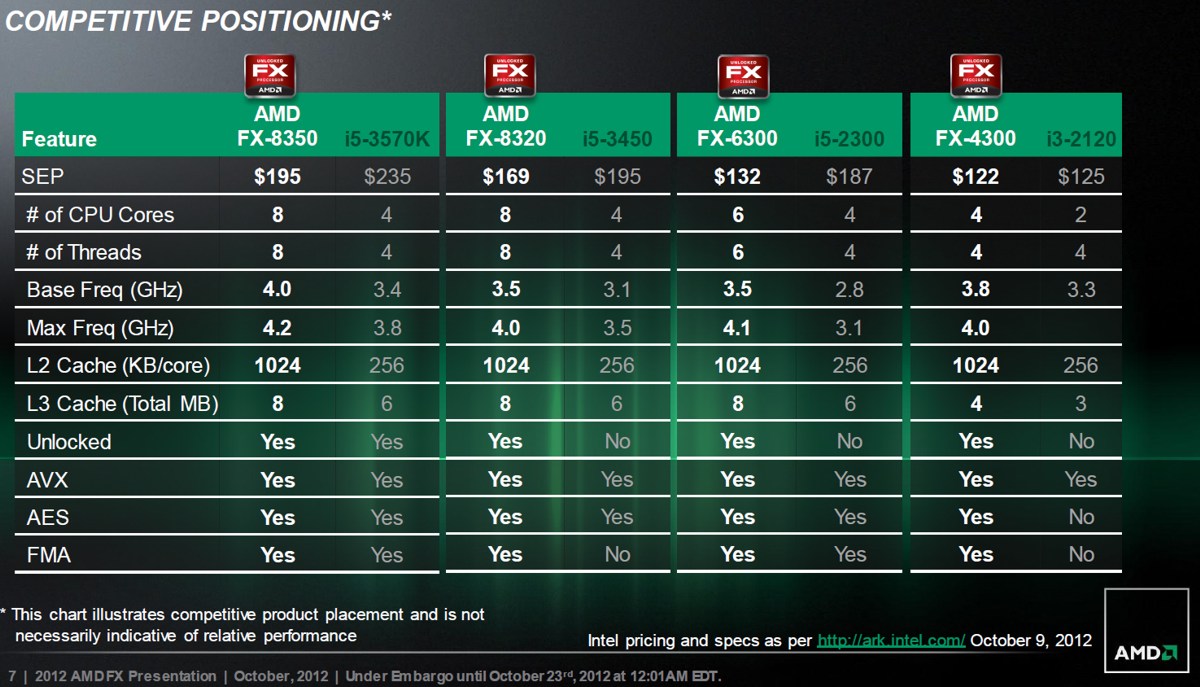 The top end model is the FX-8350.  This has a base clockspeed of 4 GHz with a max Turbo Core speed of 4.2 GHz.  This is a 125 watt TDP part comprised of four modules/eight cores and a full 8 MB of L3 cache.  The northbridge and L3 cache portions run at 2.2 GHz with a HyperTransport connection of 2200 MHz.  This is now AMD’s top performing part, and it comes in at a price of $195.  This is a far lower than the rumored $275 that AMD was going to offer this product at.  This product is also unlocked for her overclocking pleasure.

The next step down is the FX-8320.  This is again a four module/eight core part with 8 MB of L3 cache.    It is still a 125 watt TDP part, but the clockspeeds are down quite a bit from the top end.  It is sitting at a 3.5 GHz base clock and a max frequency of 4 GHz.  It again has the northbridge and L3 cache clocked at 2.2 GHz with a 2200 MHz HT connection.  This particular number is a pretty palatable $169, and it too is unlocked so overclockers can get as much bang for their buck as possible.

The FX-6300 is the first of the disabled chips to get attention from AMD.  This is a three module/six core affair that has one of the modules disabled.  It is a 95 watt TDP part, but it retains the 8 MB of L3 cache.  When the original FX-6100 was released, many budget enthusiasts thought that particular product would replace (and outperform) the older Phenom II X6 1100T.  That particular assumption was wrong.  The FX-6300 looks to overcome that stigma by being clocked at 3.5 GHz with a max frequency of 4.1 GHz.  With the improvements to IPC that AMD implemented with Vishera, this particular part should in fact perform better than the old 1100T.  This part is very budget oriented at $132 and remains unlocked for further tweaking. 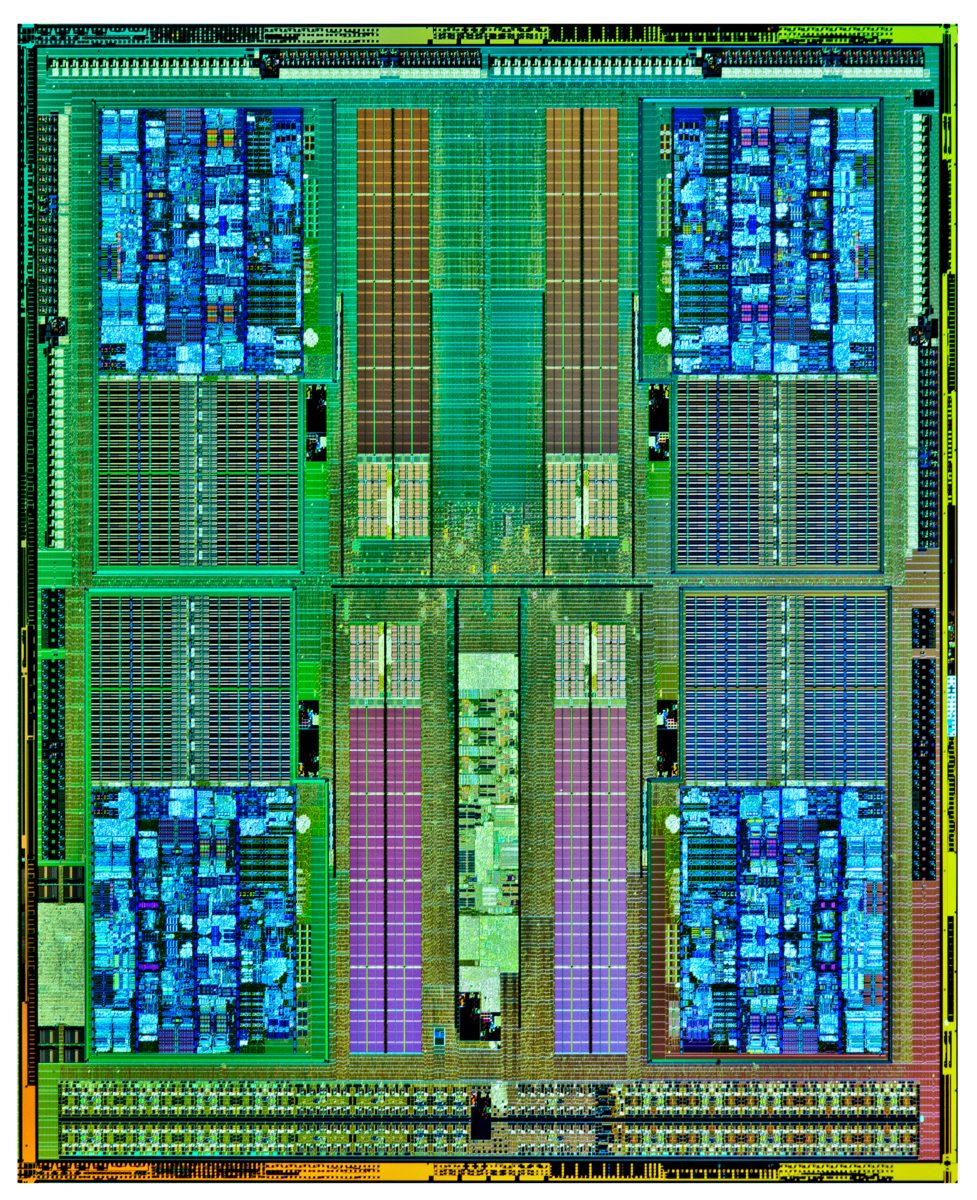 A nice shot of the Vishera die.  It is very, very similar to Bulldozer's shot…

The last part is the FX-4300.  This is a bit of an oddball in the group.  It is a two module/4 core product clocked at 3.8 GHz base and goes to a max frequency of 4 GHz.  This product only features 4 MB of L3 cache rather than the full 8 MB of the other parts.  Even with a significant number of modules and 4 MB of L3 cache disabled, it is rated at 95 watts TDP.  To be fair though, it only is priced at $122.  It again retains the 2.2 GHz speed for L3 cache and northbridge, as well as the 2200 MHz HT connection.

In another disappointment from AMD, the chipsets supporting these new processors are unchanged.  They will still utilize the 990/970 series of northbridges as well as the SB950 southbridge.  These chips are in fact nearly identical to the 890/SB850 series of chips introduced quite a few years ago.  While AMD has introduced new chipset products for the latest APUs over the past two years, nothing has been done on the AM3/AM3+ platform for quite some time.  This means that we still have the same 6 SATA-6G ports, no USB 3.0 support, and no PCI-E 3.0 functionality.  This is not a deal killer, but AMD is not exactly cutting edge with their current chipsets for their new flagship processors.