This multi-thread aware encoder is getting a bit old now, and will likely be replaced by a newer application which supports the latest QuickSync and GPGPU/OpenCL enabled processors.  Until I finish working out the kinks with the new application, we go with the old.  I take a 250 MB 1080P file and transcode it to 47 MB 480P. 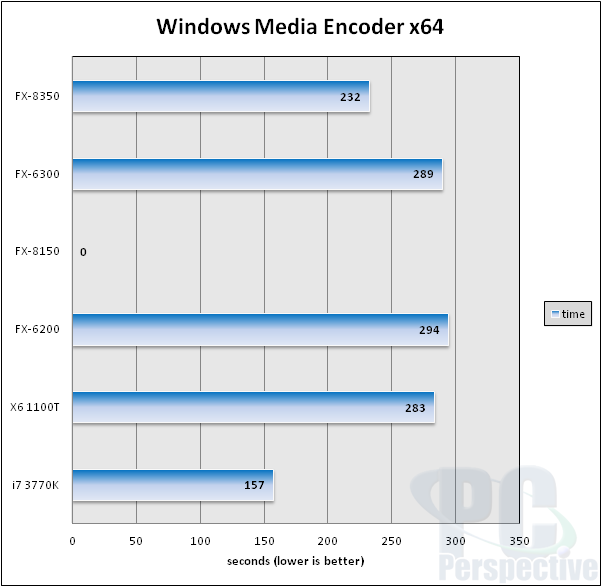 This benchmark uses a subset of a professional simulation which models airflow over an airfoil.  It is compiled to take advantage of SSE instructions on Intel processors, but otherwise uses x86 floating point instructions for any non-Intel processor.  Or at least we thought it did. 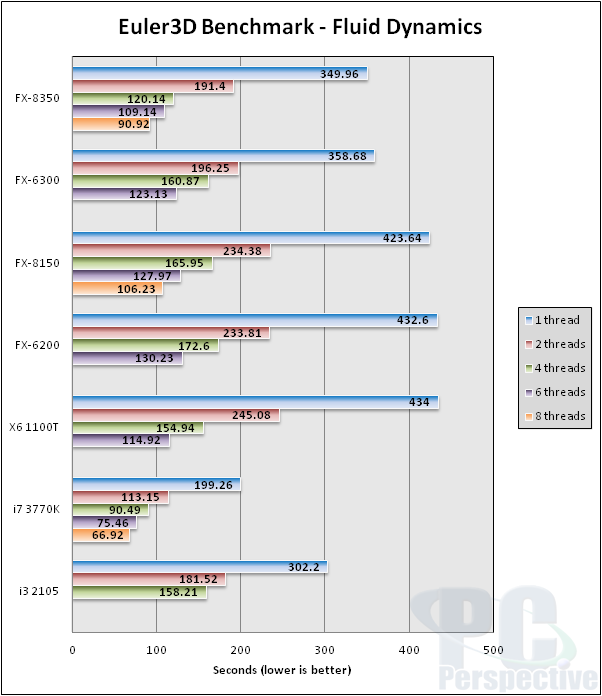 We see a much bigger jump in performance with Vishera than we would expect.  For some reason Euler3D really likes Vishera vs. the older Phenom II and Zambezi.  We saw this behavior with the earlier Trinity review.  That being said, Intel still owns this particular benchmark.  We would expect the 8350 with 8 threads to actually beat the i5 3570K at its max 4 threads.  So even though the deck is somewhat stacked against AMD in this particular benchmark, the new processors make a decent showing. 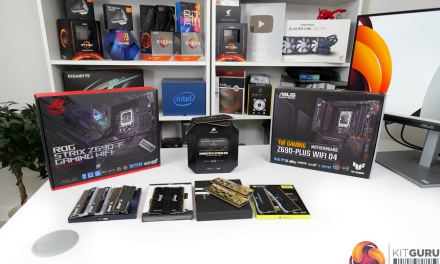