This title is CPU bound when using a relatively high end GPU.  A manual runthrough was captured with FRAPS.  Settings are put to 1280×960 with Ultra level graphics, 8X AA, and 16X AF. 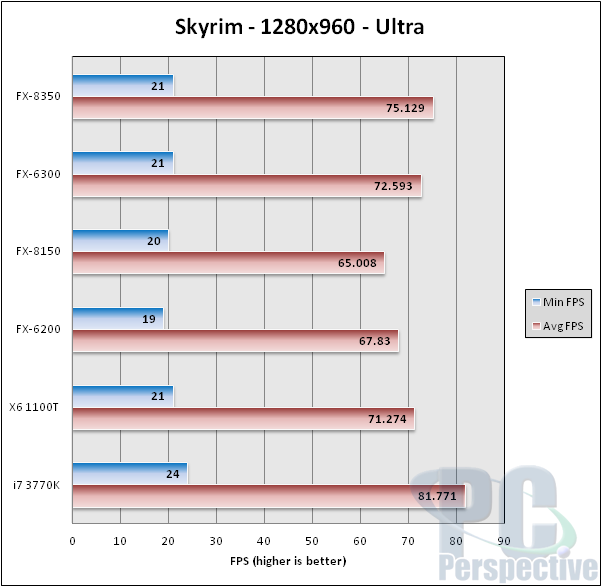 We see a nice jump from the 8150 to the 8350.  Just as interesting is that of the 6300 from the 6200.  I was honestly surprised in my runthrough how close the 8350 was able to get to the 3770K.  I was honestly expecting Intel to run away with this particular benchmark.  Still, a more powerful video card would likely expose a larger divide between the two top processors.

The latest 3D Mark has a nice blend of CPU and GPU bound tests, though it does skew more towards the GPU side.  Still, we see some interesting differences throughout testing.  The Performance preset was used. 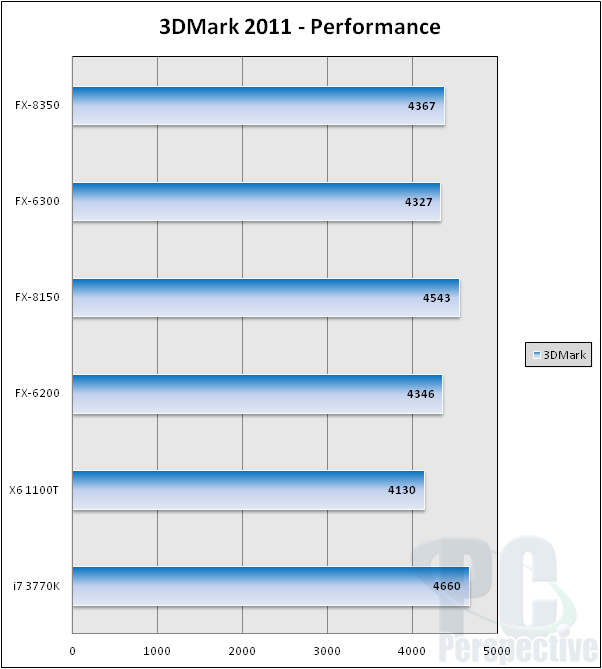 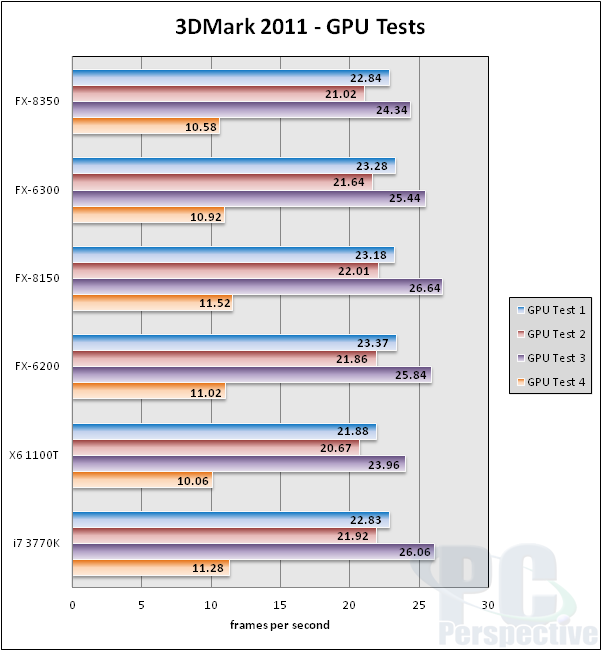 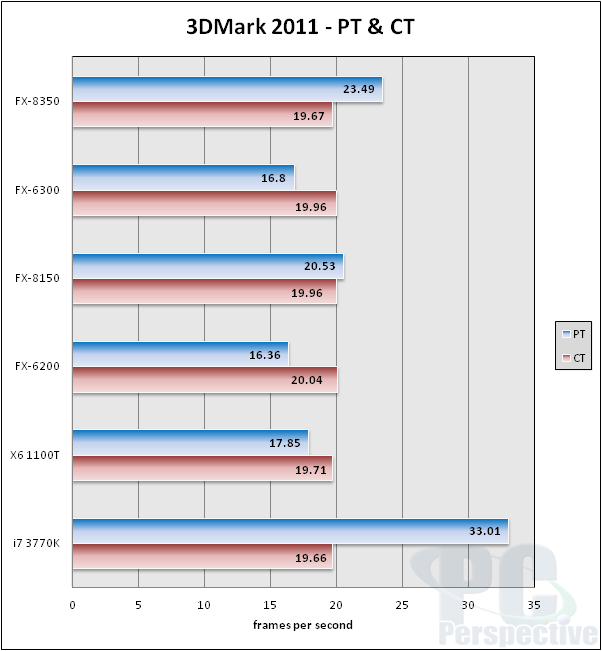 In another strange anomaly, the 8150 has an overall higher score.  The graphics bound portions were a little higher, but not dramatically so.  The important part is to look at the PT test.  We see this CPU bound test really shows the differences between the different processors.  Yeah, the i7 is pretty tough to beat.