Testing is broken down into two parts for this review.  The first deals primarily with raw CPU tests that compare all of the integrated solutions.performance while using a standalone video card.  The second is a slightly expanded set of graphics 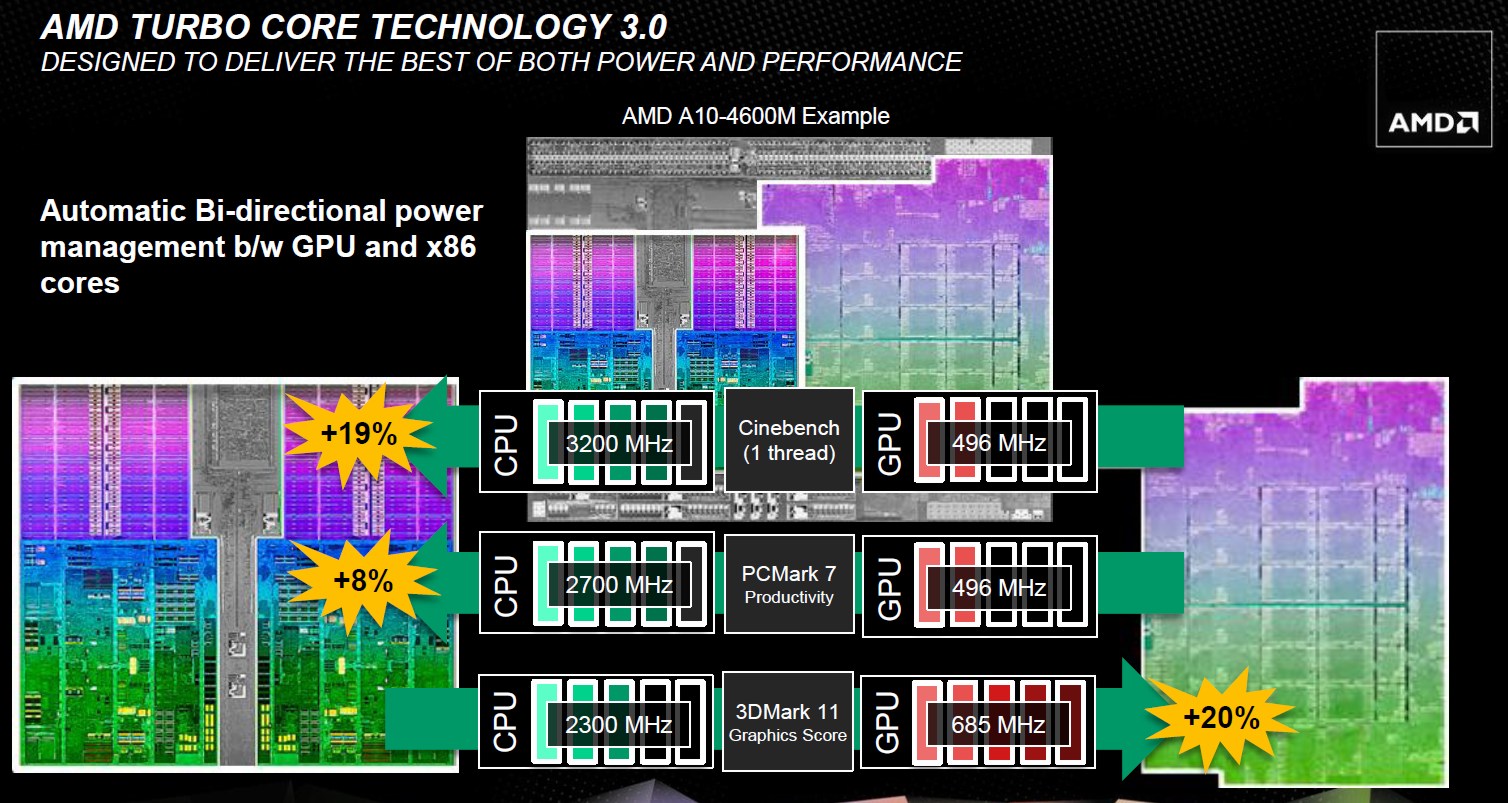 On the Intel side we used the older Sandy Bridge based i3 2105.  This is a part that runs at 3.1 GHz and has 3 MB of L2 cache available to it.  It is slightly slower than the newer i3 3220, but not significantly so.  It is has the Intel 3000 series of integrated graphics, which is a DirectX 10 compliant part.  For the graphics only portion we used the i7 3770K which features the new 4000 series of iGPU.  This $330 part is not a good comparison for the A10 5800K in terms of pure CPU performance, but it will at least give us a good impression of what any Intel processor with the 4000 series graphics is able to do.