This open source file extractor and compressor has a very handy benchmark to show the relative MIPS of differing processors and thread counts.  This program is updated quite often to address changes in processor architectures. 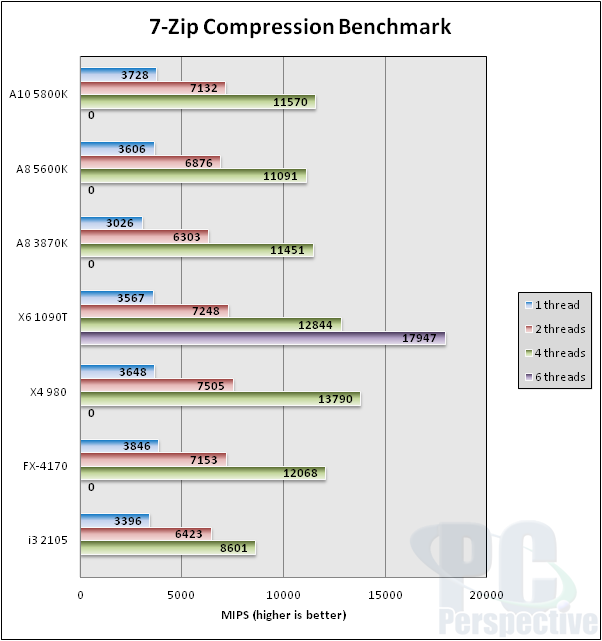 All of the AMD parts are very, very close together throughout testing.  Only when we get to four threads do we see any separation.  The four “real” cores of the 3870K compare very well to the 2 module design of Trinity.  We also see very similar performance between the 5800K and the 4170.

Valve created a couple of benchmarks which can leverage CPUs with multiple cores.  The first of which is a particle simulation run within the Source engine. 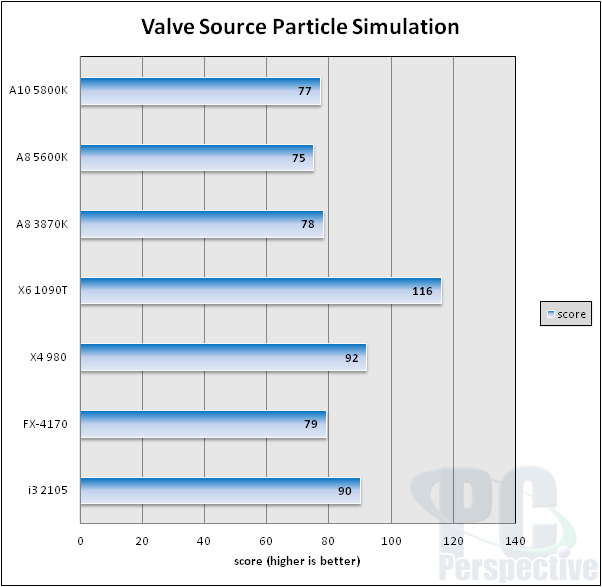 The second test compiles a map using multiple cores.  This applies static lighting and other features throughout the map so it looks pretty once on the screen. 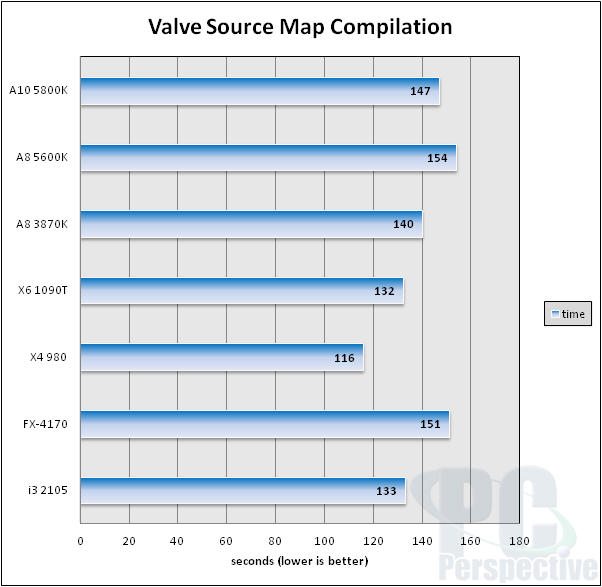 AM2 Press Machine Winding Up