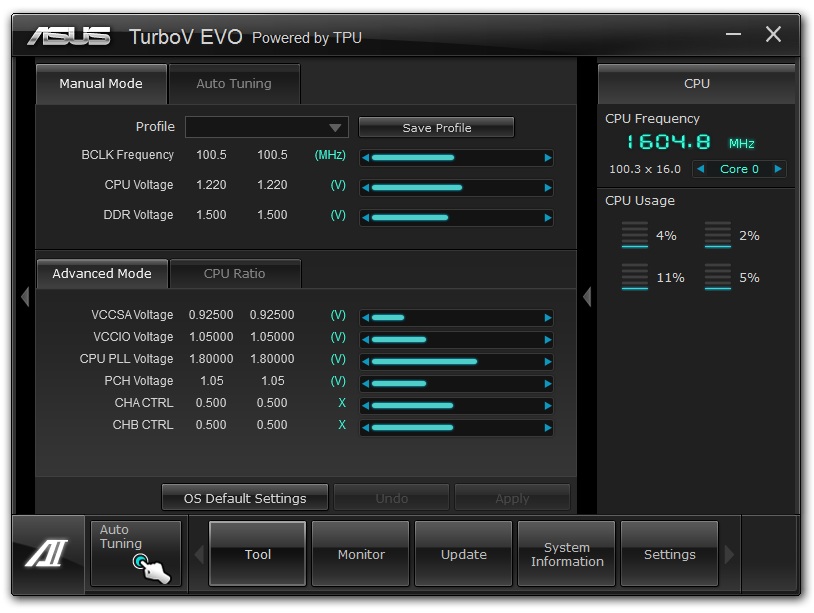 ASUS's reputation for designing quality motherboards that cater to PC enthusiasts and overclockers is well-known and largely due to their attention to detail beyond their board's unique hardware specifications. They seem to go a step above other motherboard manufacturers to give users custom features and options they didn't even know they needed. One clear example of ASUS's ingenuity is their formidable TurboV EVO software that is built into their Ai Suite II utility. This software has matured with each new version to give PC users more control over their hardware to improve system performance in a variety of areas. 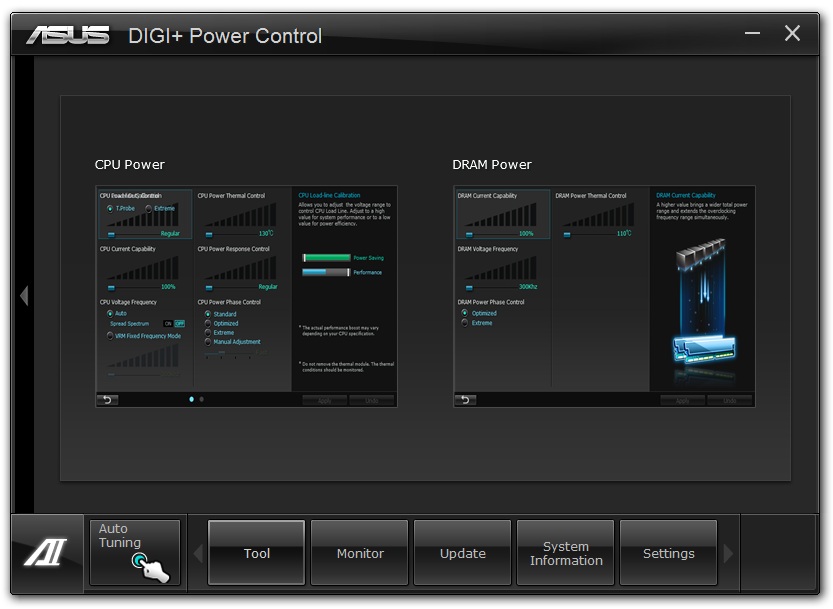 One of the key options most users want is realtime access to their CPU, graphics card, and system memory settings in a Windows environment. They don't want to be forced to restart their PCs to access the BIOS just to make a few tweaks to their CPU speeds or BCLK frequencies. Previous versions of overclocking and system monitoring software by a variety of vendors fell short in a variety of ways. But, ASUS has broken the code in terms of how their Ai Suite II helps novice and experienced overclockers get the most out of their high-performance processors. 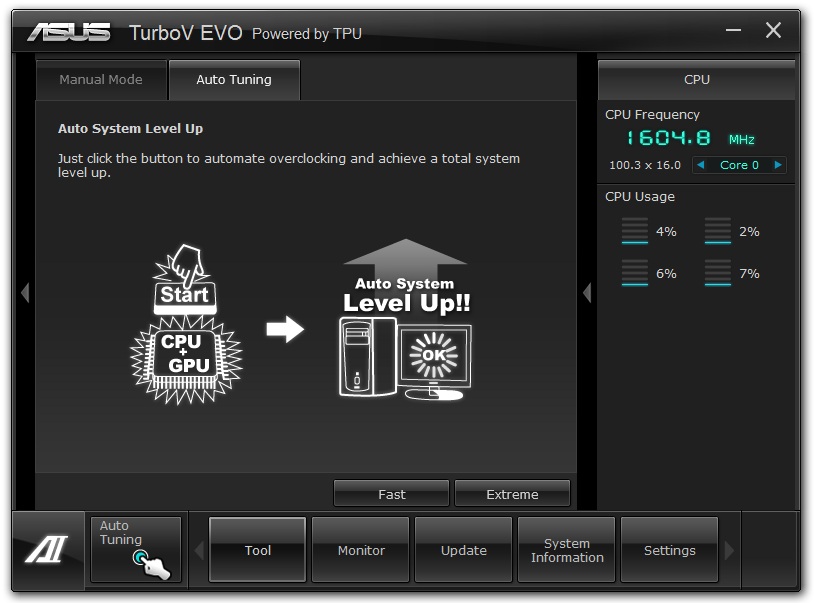 For this particular review, we wanted to evaluate how the TurboV EVO software's auto tune features could overclock our Intel i5-2500K 3.3GHz processor. There are two auto-overclocking modes under the Auto Tuning tab in TurboV EVO to choose from – Fast and Extreme. After the user selects the auto-tuning option they want to use, the software starts to overclock the CPU and system memory's speeds and voltages and lastly performs a stress test to ensure the overclock for each component is stable. 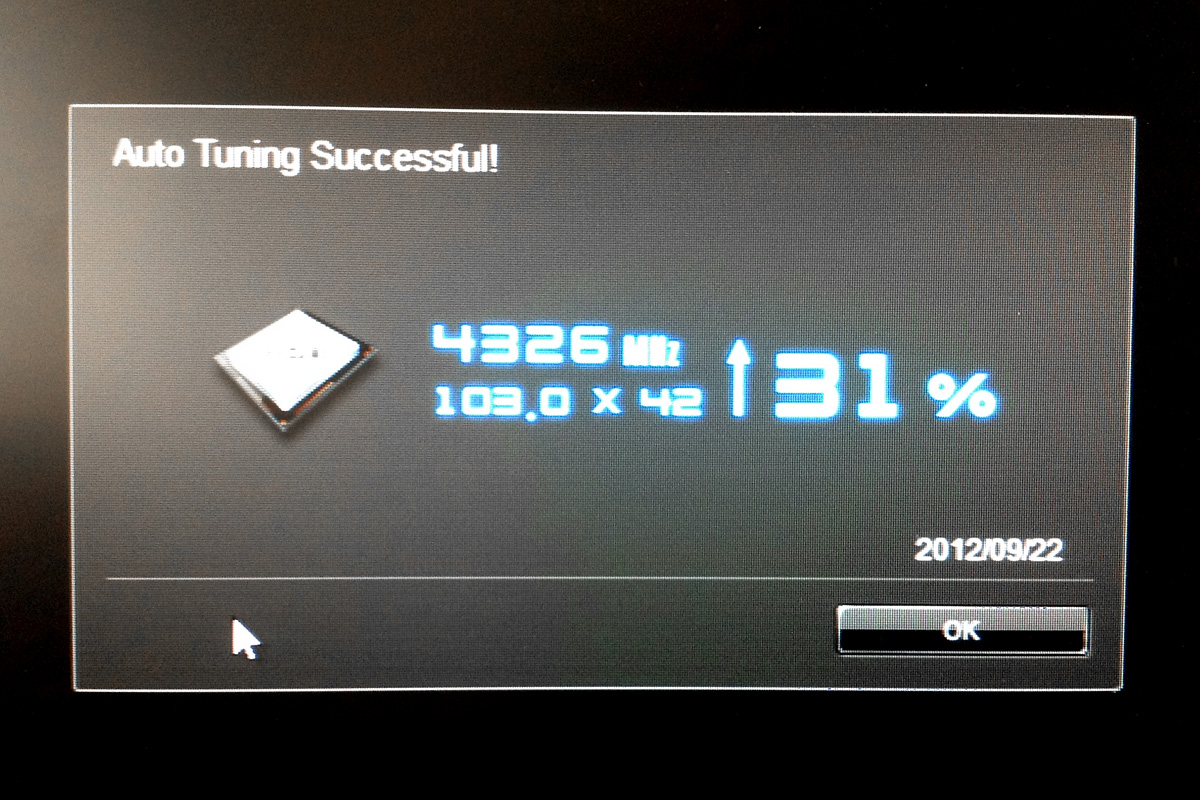 First, we selected the Fast Mode option under the Auto Tuning tab and watched as the software began to adjust the CPU ratios and BCLK frequencies to find the right settings. The software   stored the settings in the BIOS and used these adjusted settings after the system rebooted. After the reboot, the CPU was humming along at 4.326GHz (103×42) and passed stability testing with ease. Reaching 4.326GHz under Fast Mode gave us a cool 31 percent increase in performance from the i5-2500K's stock speed of 3.3GHz. 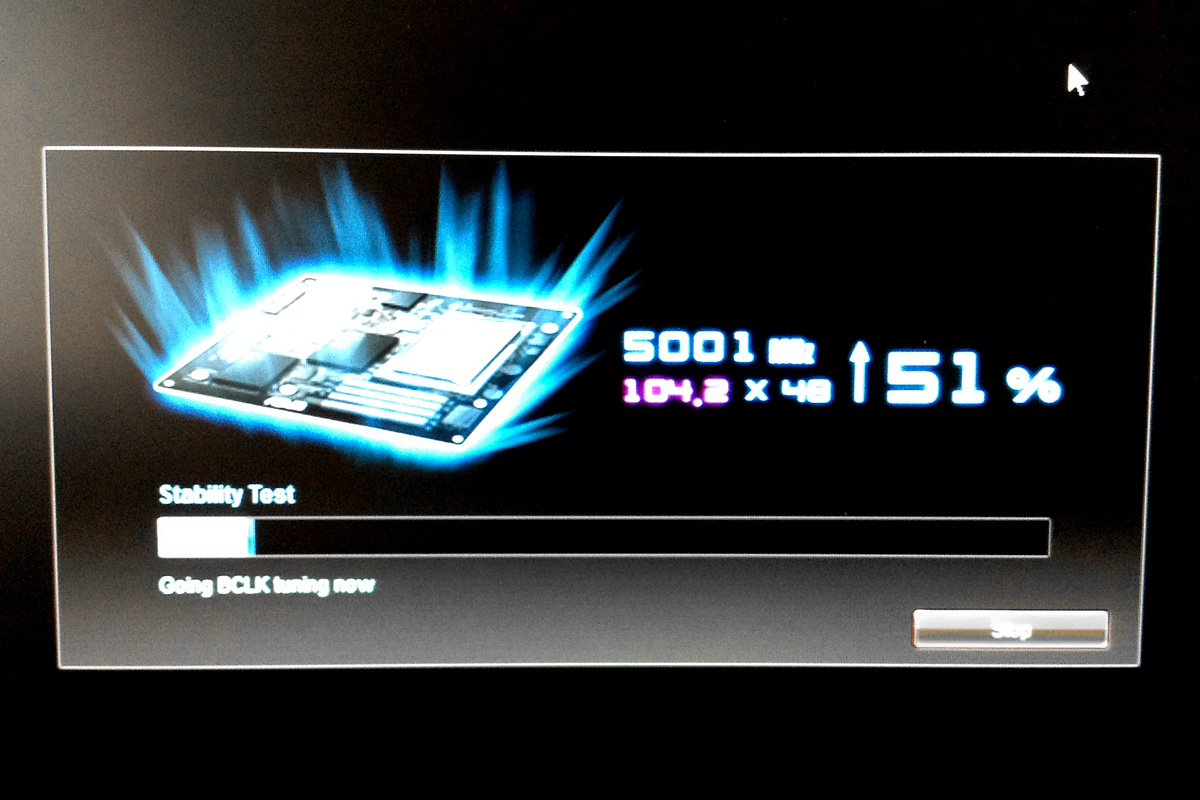 We knew we could do better than 4.326GHz with this particular i5-2500K, so we switched to Extreme Mode and the software began increasing the CPU ratios/voltages and BCLK speeds again. I could tell right away that TurboV EVO was working harder this time to push the envelope of our CPU's performance threshold as it attempted to break the 5GHz ceiling. It wasn't able to hold that level of overclock for long, however, and began to decrease the BCLK speeds while keeping the CPU ratio at 48. 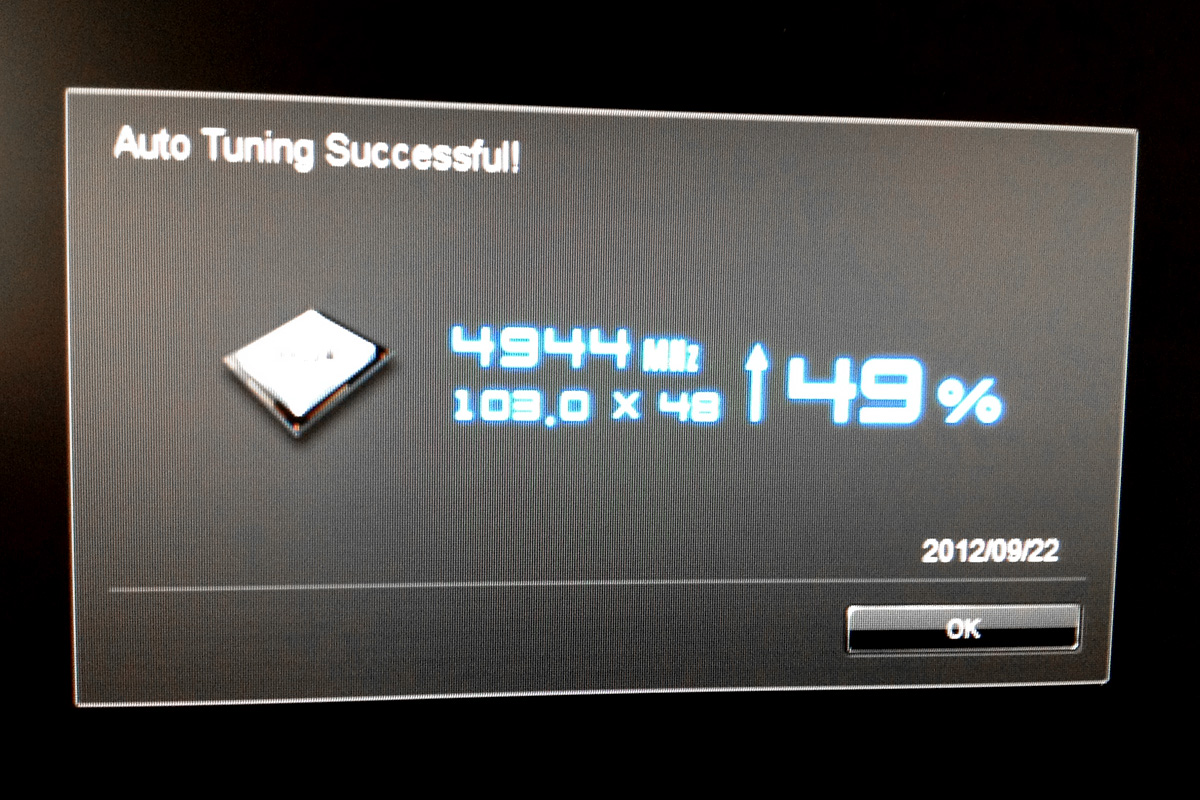 After several minutes, the TurboV EVO continued to stabilize the overclocking settings and seemed comfortable keeping them at 103MHz for the BCLK and 48 for the CPU ratio to give us a 4.944GHz overclock. Stability testing confirmed these settings were rock solid and we performed several runs of Prime95 and CineBench 11.5 to validate how well the software overclocked the CPU. Reaching 4.944GHz is actually the highest overclocked we've seen with this particular chip, even when we were manually overclocking the settings through the BIOS. Getting a 51 percent increase over our stock CPU settings is huge, and I felt even better about the results after we ran additional stability tests. I'm sure we would have been able to break the 5GHz barrier with better cooling and more time to tailor the CPU settings and voltages as well.

Using the TurboV EVO's auto-tuning features gave me a new perspective into real-time overclocking utilities that can be configured on the fly right from Windows. The "one-click" overclocking capability made it even easier for me to push a few more megahertz from our CPU to ensure I had the highest performance possible for my system. 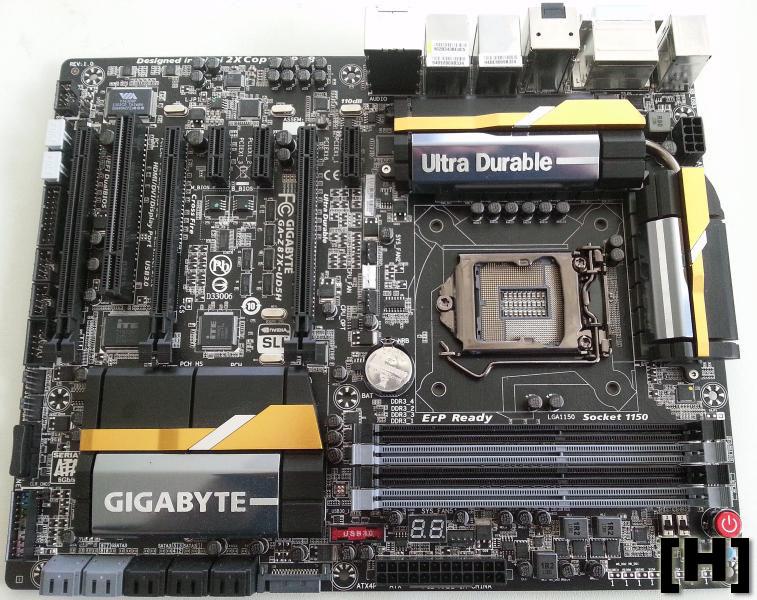