Gamepad versus Mouse and Keyboard

Let us claim that we are comparing gaming inputs based solely on precision. That sounds like a reasonable metric – so why not?

When you measure that for most popular games: mouse and keyboard absolutely wrecks the controller.

It is not even close. It is a slaughter. Analog sticks are a velocity-oriented control scheme where the mouse is a relative position-oriented control scheme. When you move a joystick around you do not move the pointer to a target rather you make it travel at some speed in the direction of the target. With a mouse you just need to move it the required distance and stop. It is easier to develop a sensitivity to how far you need to pull a mouse to travel to the target than a sensitivity to how long to hold a joystick in a given direction to reach a target. Joysticks are heavily reliant on our mental clocks and eye coordination.

It turns out that analog sticks are so imprecise that it creates a whole new interface problem.

Game interface designers recognize how terrible the precision of controller sticks are and pretty much universally decide that a few undeserved kills are better than frustration from constant input failure. Because the controller would otherwise be too frustrating even the most competitive console title includes aim assist. The game might curl your projectile to the target it believes you intend to hit; it might nudge or lock your crosshairs to the target; it may do both and/or some other method.

So why not just take away the gamepad since it is “worse” than the mouse and keyboard?

For precision it is worse – but not in general. There is no better interface – that is a nonsensical concept. Again, a “better” interface is a concept which makes absolutely no sense. When you design an interface you need to clearly understand what you are attempting to achieve and you must develop a solution to do that – and only that. A mouse and keyboard might not have been designed with the intent for gaming but it is more precise and has more accessible buttons for games than the device designed for gaming on a couch. It turns out that the designers needed to compromise precision for comfort on a couch. That is a legitimate concession. It is not better. It is not worse. It is different.

Have a little fun. Think like an engineer and ponder why things are designed like they are.

You will be able to see these little trade-offs all over the place. 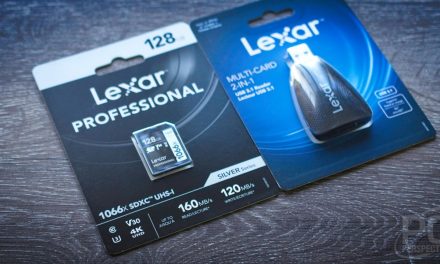