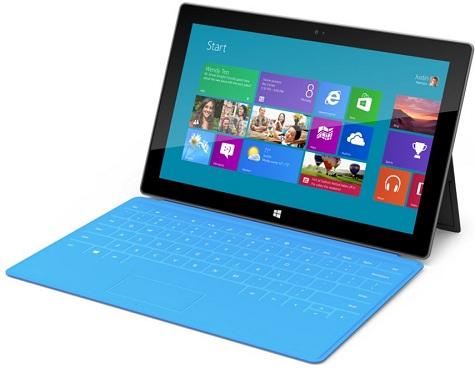 Two companies which for the most part sold software only are making a name for themselves in the hardware sector, in two very different ways.  Google's Android has become quite a player and the upcoming release of the Nexus 7 platform is anticipated by many mobile players because Google has no intentions of making its own phones.  Instead they will make their money licensing the platform to a variety of established cellphone and tablet manufacturers, as they have in the past.  According to what DigiTimes has heard, Microsoft is going in the exact opposite direction with Surface and will be continuing with the same plan as their tablet, which has already caused negative backlash from many of the major player in the market such as Acer.  Designers of Microsoft Win8 based phones are required to use the same platform and interface in order to meet the requirements of Microsoft's licensing agreement which will make phones difficult to differentiate as competitors are very limited in the customization they can offer, at least on the software side.  To make the market even more confusing, Microsoft is reaching out to Pegatron to manufacture their own branded Surface phone, which will find its self in direct competition with the phones from established players, the ones Microsoft is count on to license the portable version of Win8.  It would be hard to come up with another way that Microsoft could make licensing their new OS even less attractive for OEMs and ODMs.

"Google and Microsoft both reportedly plan to extend the Nexus 7 and Surface tablet lineups to include smartphones as a means to further increase the penetration of their own platforms, but the two companies will implement the strategies in a different tune, according to industry sources.

Google aims to launch smartphones based on its Nexus 7 platform in cooperation with a number of smartphone branded vendors with Samsung Electronics, LG Electronics, Sony Mobile Communications and HTC likely to be potential partners, said the sources.

On the other hand, Microsoft is reportedly tapping ODM maker Pegatron for the production of WP8-based smartphones slated for launch in the first half of 2013, the sources indicated."